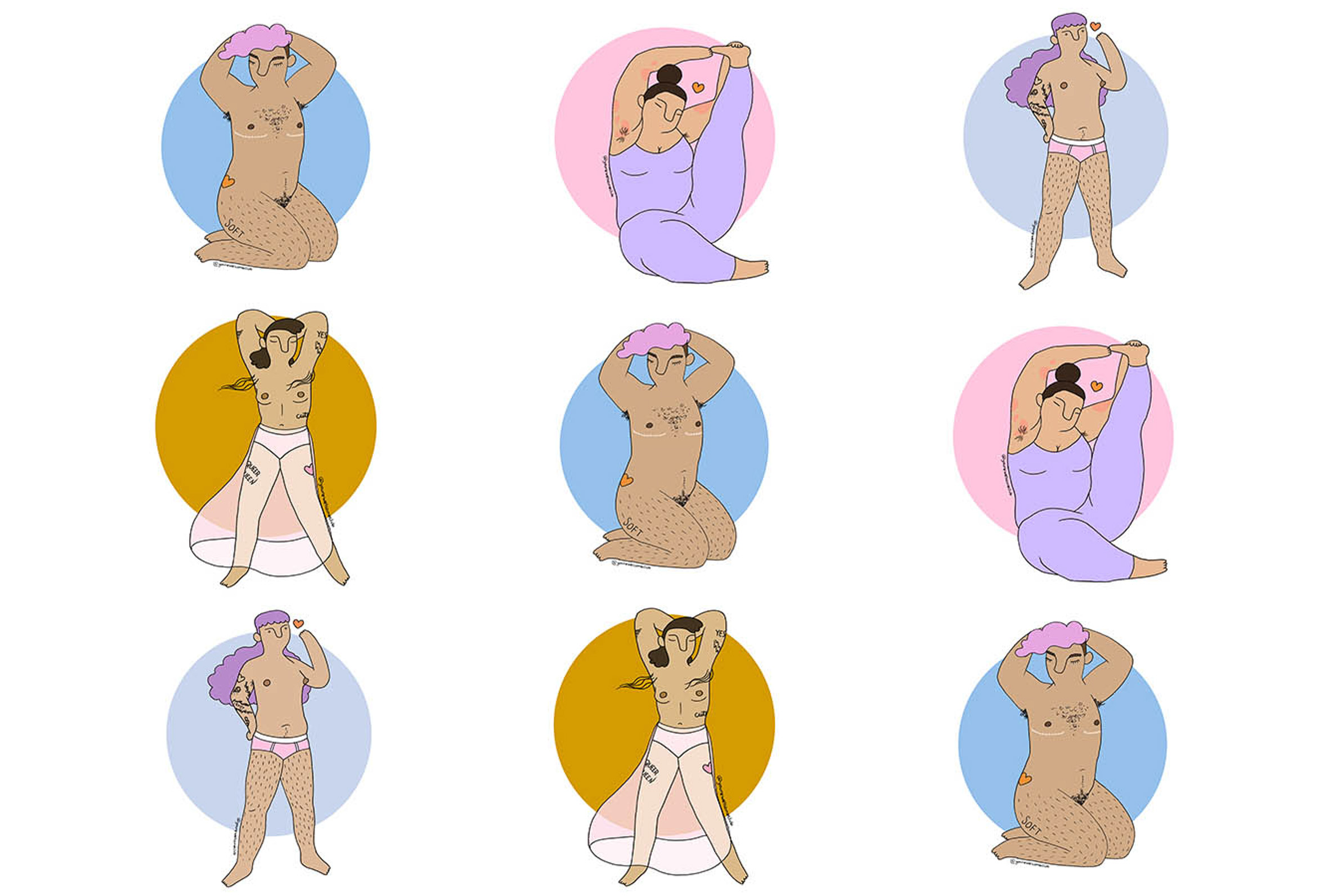 ART + CULTURE: Hilde Atalanta is the Amsterdam-based illustrator teaching us about the importance of inclusivity and self-love

Hilde Atalanta is a Dutch illustrator and painter, who utilises their art to educate people about sexual health, and the importance of inclusivity. Born in a village near Utrecht, Atalanta initially studied to become a classical pianist at the Rotterdam Conservatory, and ended up with a psychology degree in Amsterdam. After rediscovering their childhood love for drawing, they started illustrating and painting, implementing their sexual health studies into a digestible format for the masses.

The Vulva Gallery is Atalanta’s sensational project that displays different shaped, coloured, and styled vulvas, in an attempt to educate vagina-owners, encourage open conversation around taboo topics, and most significantly, prove that there is no ‘normal’ look for a vulva and thereby abolish shame. In a related project You’re Welcome Club Atalanta applies the same ideas of offering representation of those that are usually underrepresented in mainstream culture. Diversity and inclusion go a long way in making people feel validated and a part of their community. For example, on a superficial level diversity could mean giving a Black trans model a job. But once you scratch past the surface, it becomes clear that the normalisation of seeing a transgender person of colour on billboards and magazines would tackle the ‘othering’ issue. And when people who aren’t white, cis, thin and able-bodied stop being ‘othered’ then imagine what that would do for problems like racism and xenophobia, transphobia and all the other hateful ‘fears’.

We find ourselves in the middle of an era in which people who continuously haven’t seen themselves being represented in the media are pushing back against a system that was designed to cherish only one kind of beauty ideal. We want to see more POC bodies, more trans bodies, more genderqueer bodies, more fat bodies, more bodies with conditions or disabilities – we want to see more representations of bodies that aren’t white cisgender model bodies. And Hilde Atalanta does their best to give us just that.

When did you know you wanted to be an artist? Before I started working as an illustrator two and a half years ago, I studied clinical psychology at the University of Amsterdam – and I got my Bachelor’s degree in 2016. During my studies I followed a sexual health education course, and I was very interested in pursuing a career in that direction. After I graduated I took six months off to consider my next steps towards a master’s degree, and in this period, I started illustrating (something I loved doing when I was a kid). From the start, the topics I touched upon in my illustrations leaned towards diversity, inclusivity and sexual health. Soon after starting The Vulva Gallery I realised that I would have more opportunity to reach a bigger community with my message through social media platforms like Instagram than I would by working solely as a therapist. I’ve been working as a full-time illustrator since 2017, and with projects such as The Vulva Gallery and You’re Welcome Club I hope to continue spreading the positive message of celebrating diversity and appreciating the beauty in our differences. The future is inclusive!

You have a very straight-forward aim with your art, to fuel conversations around gender identities, inclusivity and body positivity. What was the turning point where you decided you wanted to actively tackle these issues? The popular media are portraying a certain image, ‘ideal’ or ‘perfect’ women and men. They are mostly thin/athletic models, often white – and mainly very feminine women and very masculine men. Many individuals don’t recognise themselves in these models, presented as ‘ideal’ women and men. Seeing these ‘perfect’ models can make an individual feel insecure about themselves, even feeling left out – as it’s often an impossible standard they have to live up to. However, seeing oneself represented (in popular media) can give an individual the reassurance that they are normal, that they belong, that they are part of our society. With You’re Welcome Club I wanted to create a series of illustrations where I’m showing a wide diversity of human beings, with different kinds of backgrounds, sexualities, gender identities and body shapes. An honest representation of our society, but with the emphasis on individuals that aren’t often portrayed. I’m aiming to make a series of illustrations in which people recognise themselves. I want people to feel welcome, to feel included, and to know that they belong in our society just as much as anybody else.

Where do you find inspiration for your countless characters? It’s a combination of inspiration from my own imagination, and from imagery I find online. There’s a wonderfully diverse community on Instagram that inspires me daily.

Your series of works for The Vulva Gallery tackle themes of diversity and sexual health. Why are people with vaginas more often than not ashamed or dissatisfied with the appearance of their vulvas? From a young age on, we learn to hide our genitals. It’s something you don’t speak about, because we learn that it’s shameful. When we enter puberty, and our body starts to change, it might be helpful to talk about these changes – however since everything’s behind closed doors and conversations about sexuality aren’t common in many homes or friend groups, this can become uncomfortable very easily. We might be embarrassed about the way our vulva looks, and what if we open up to a friend and they won’t understand what we’re saying and start laughing at us? I think feelings like shame, worry, and fear play a big part in the discomfort surrounding vagina-talk. Secondly, sexual health education is poor in many countries and schools. Body diversity isn’t a part of this education, so kids don’t learn what a ‘normal’ body can look like. Visual representation is lacking, and when the first time they encounter other vulvas is in mainstream porn, this may lead to a skewed idea of how a ‘normal’ vulva looks. Finally, there’s a certain beauty ideal for vulvas being portrayed in the popular media: small, pink and (nearly) hairless. Many of us have vulvas that don’t look this way, and this adds to feelings of insecurity.

How do you find your vulva models? Soon after I started The Vulva Gallery I realised that there’s a lot of power in hearing a story told by someone like you, and being able to recognise yourself and thinking: “hey, that’s me!”. Of course, I can share information in The Vulva Gallery and write about self-love – but it’s so much more powerful when personal stories are shared by different individuals from all around the world. Also, as many of us aren’t used to speaking about our vulvas, it can be a freeing experience to be able to read how other individuals experience this part of their body. It’s something many of us are insecure about, and it can be very helpful to read that others have the same kinds of insecurities or experiences too. Reading other people’s personal stories and seeing a diverse range of vulvas can be helpful in simply feeling ‘normal’. I’m receiving dozens of emails every week from individuals from all around the world who want to become part of the gallery and share their story with the community.

Porn and the media have instilled this notion of an ideal vulva being shaved clean, but pubic hair shouldn’t just be reduced to an aesthetic, as it can also impact your sexual health. Can you elaborate? Pubic hair has many benefits! Besides the fact that it offers a natural barrier to protect the vulva and vagina from dirt, viruses and bacteria from outside, it also protects the tender skin underneath and helps to control the moisture of the skin and thereby decreasing the chances of yeast infection and skin irritation. And, finally, it’s an extension of our senses: at the bottom of each hair follicle there is a nerve ending. When you brush through your pubic hair, every little hair sends sensation through the hair to the nerve ending. So besides providing protection, pubic hair can give you pleasure too!

Hair in particular plays a big part in body positive thinking. Why do you think body hair, especially on femme presenting bodies, still has such strong stigmas attached in today’s society? I guess this has something to do with what we’re taught from a young age on. Hair removal became a thing in the beginning of the 20th century, after some big marketing campaigns had been done. Before this, body hair was a normal thing for people of all kinds of genders. So, after body hair removal became a new standard, women and femme presenting individuals now had to live up to this expectation. If we dare to present differently this is in the most positive cases seen as bold – but usually it’s frowned upon or even leads to rejection.

Letting go of this ‘beauty ideal’ is a bold move, to say the least. It’s not just simply growing out body hair, but it symbolises non-compliance with how our Western society taught us to behave. It symbolises breaking free, and this has been seen as a dangerous act throughout women’s history. Reclaiming body hair is therefore a powerful and important act for many individuals in their journey towards self-love and reclaiming their body. In the end I think it’s most important that an individual feels comfortable and happy in their skin, whether their body is hairy or not.

You have successfully used a Kickstarter campaign to fund The Vulva Gallery Book as well as The Vulva Quartet Game. What other exciting projects are you planning for the future? I’m planning on making a book of You’re Welcome Club, which will focus more broadly on diversity and inclusivity. But first things first, the upcoming months will be all about The Vulva Gallery book and game! 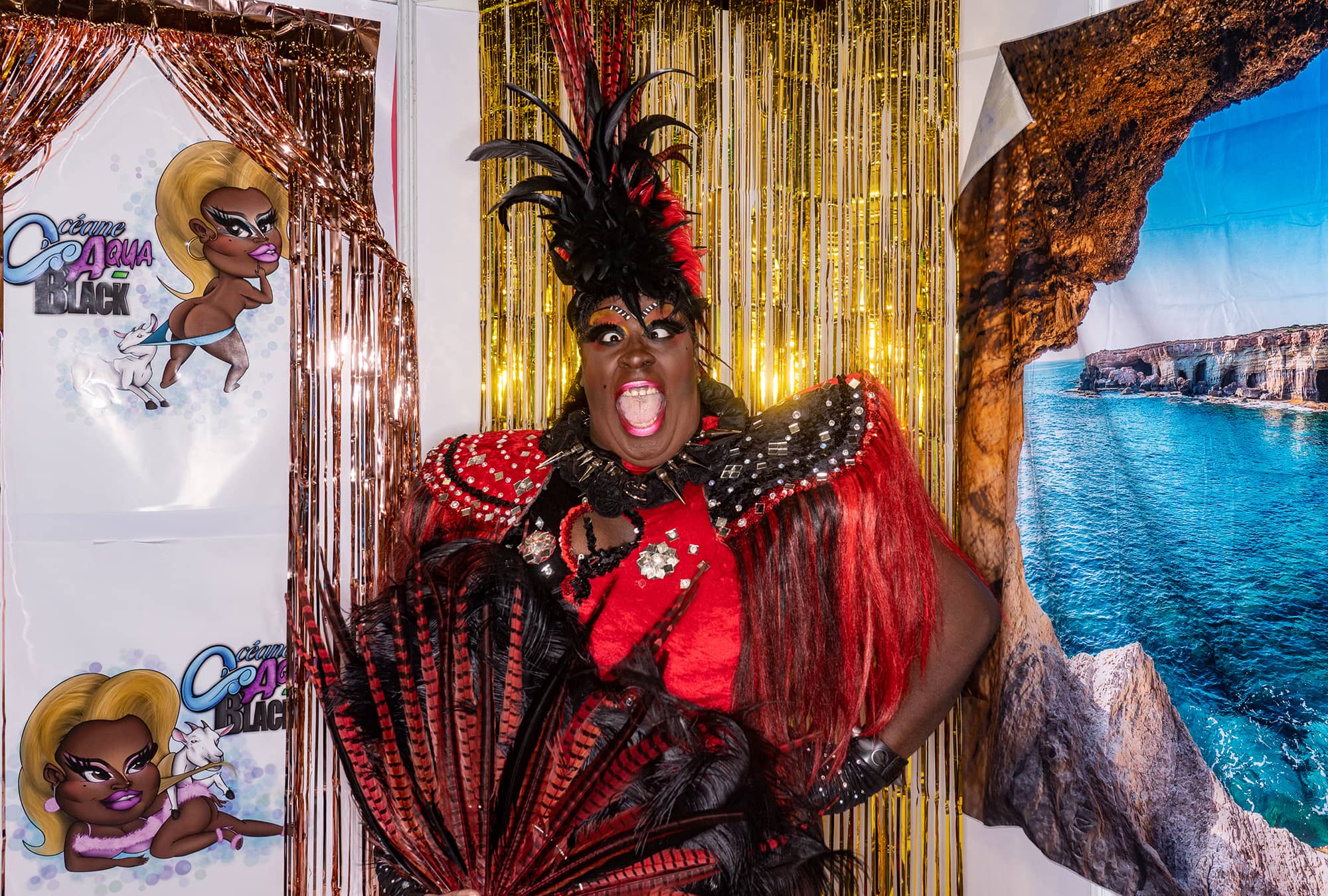 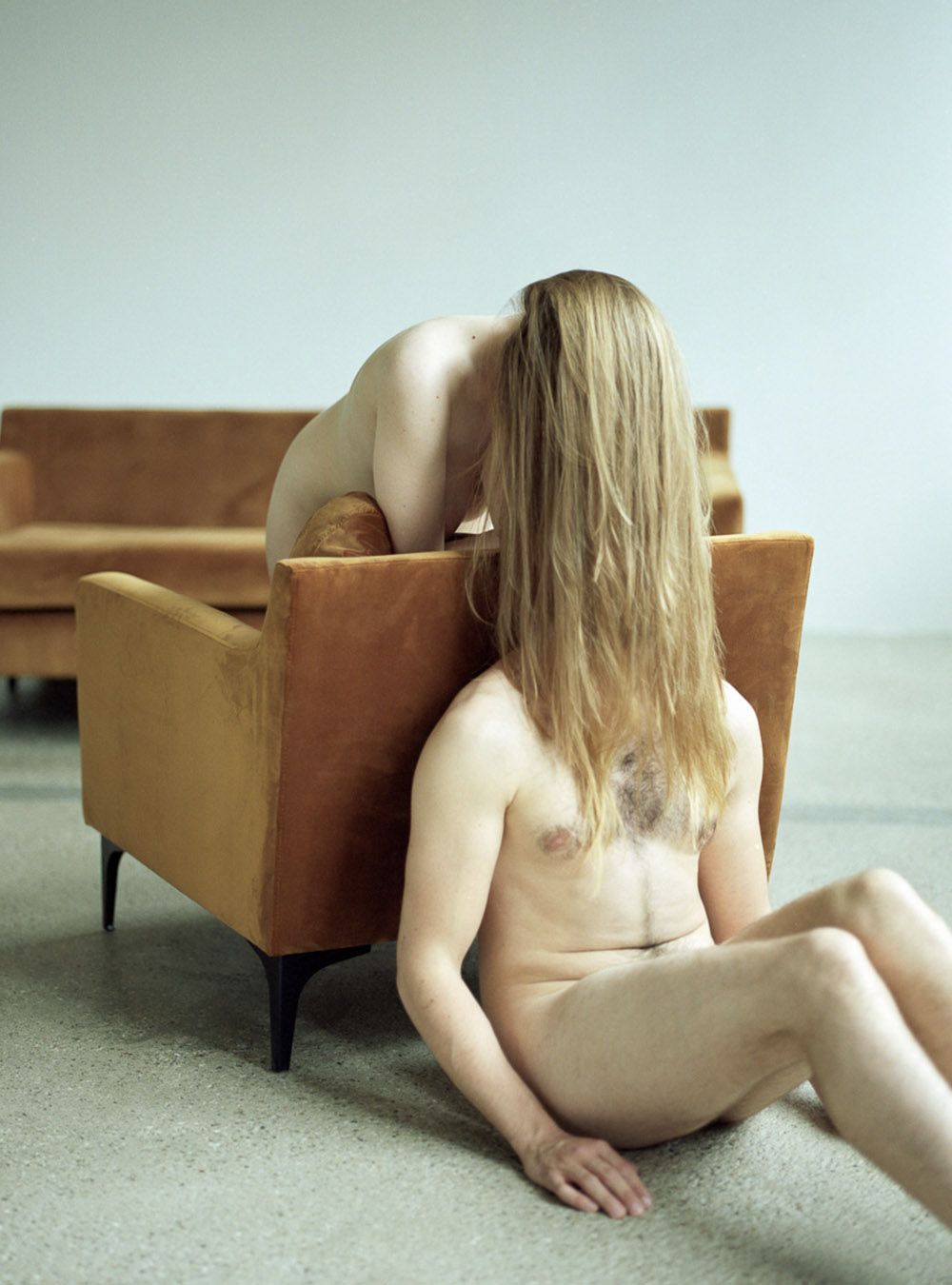 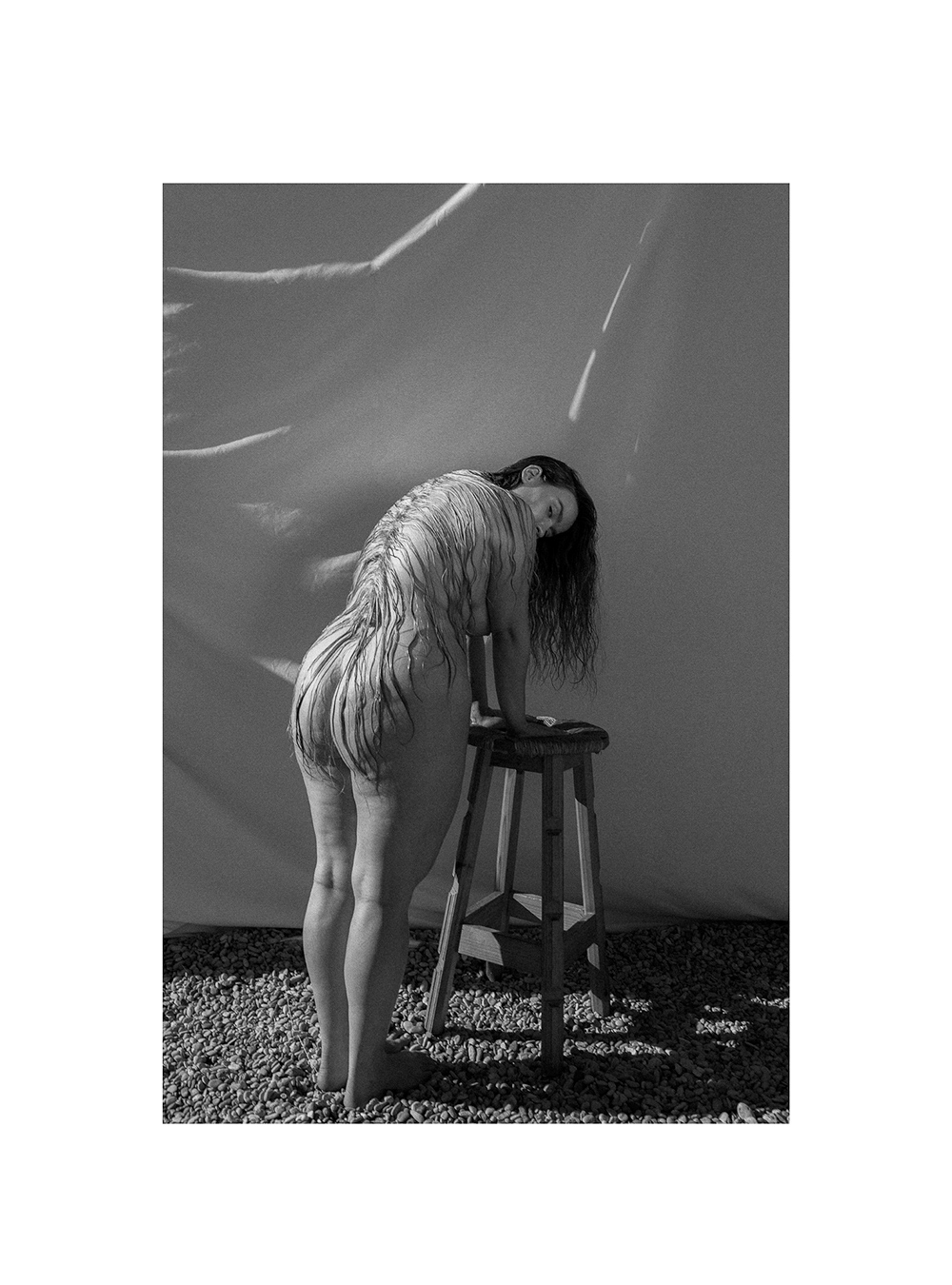 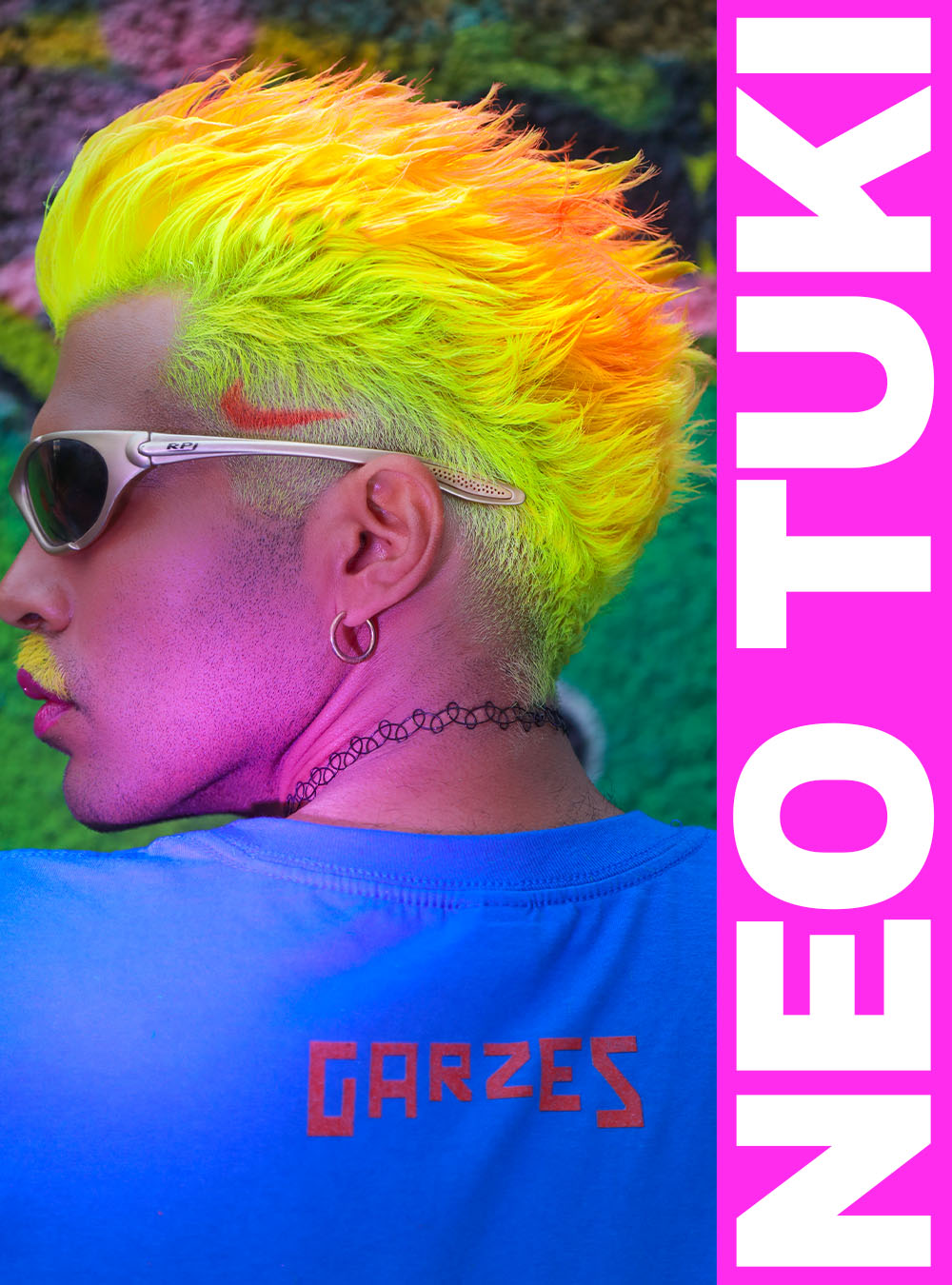 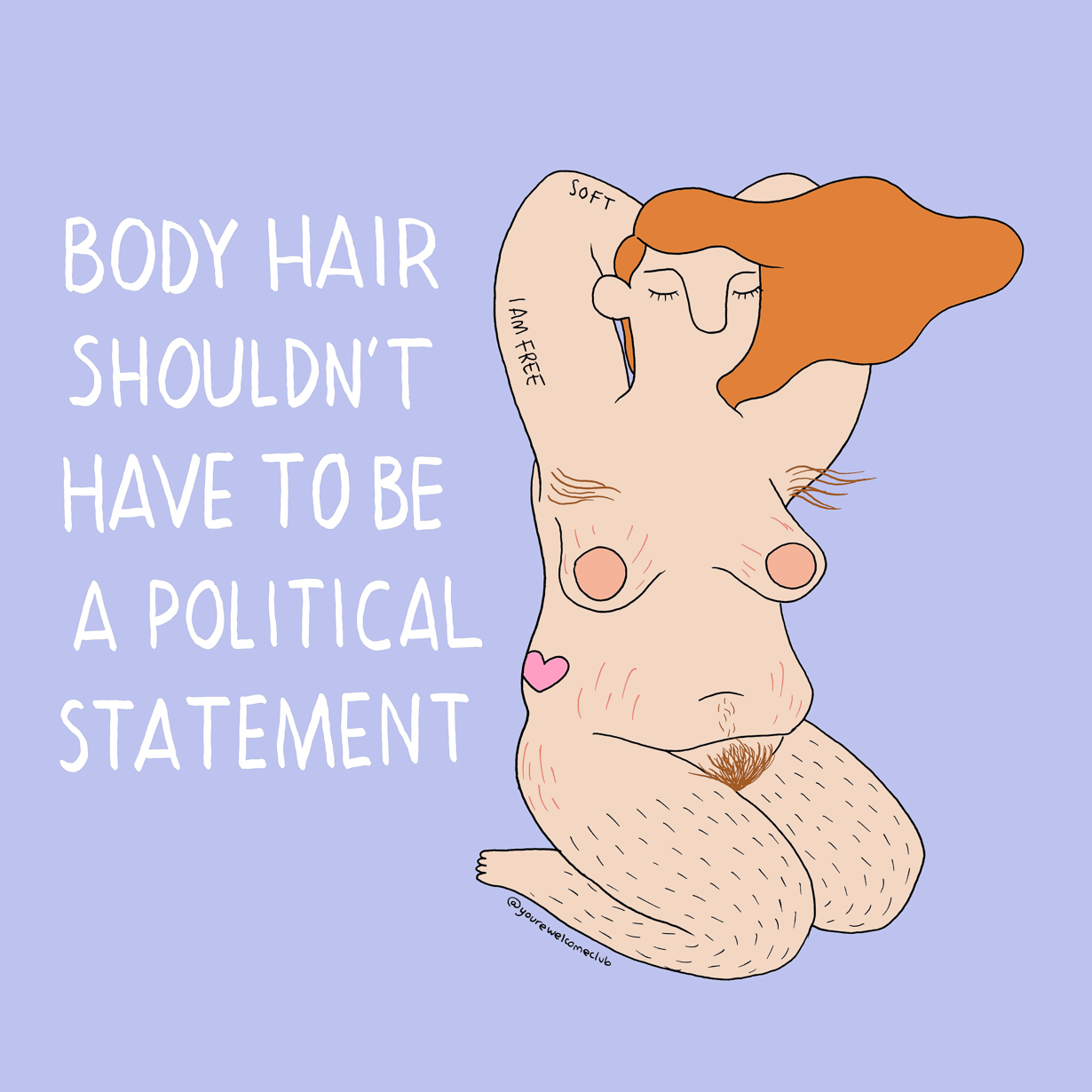 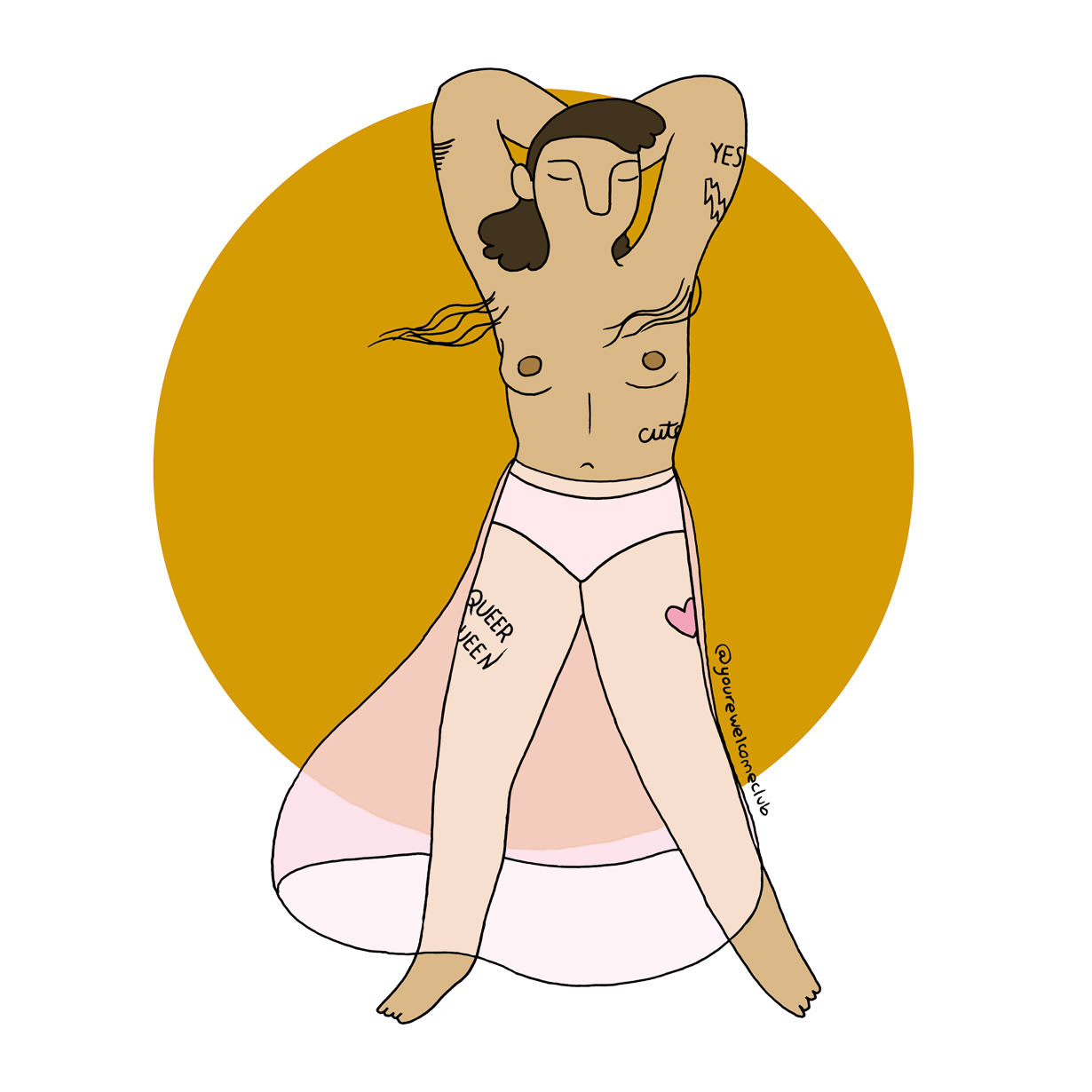 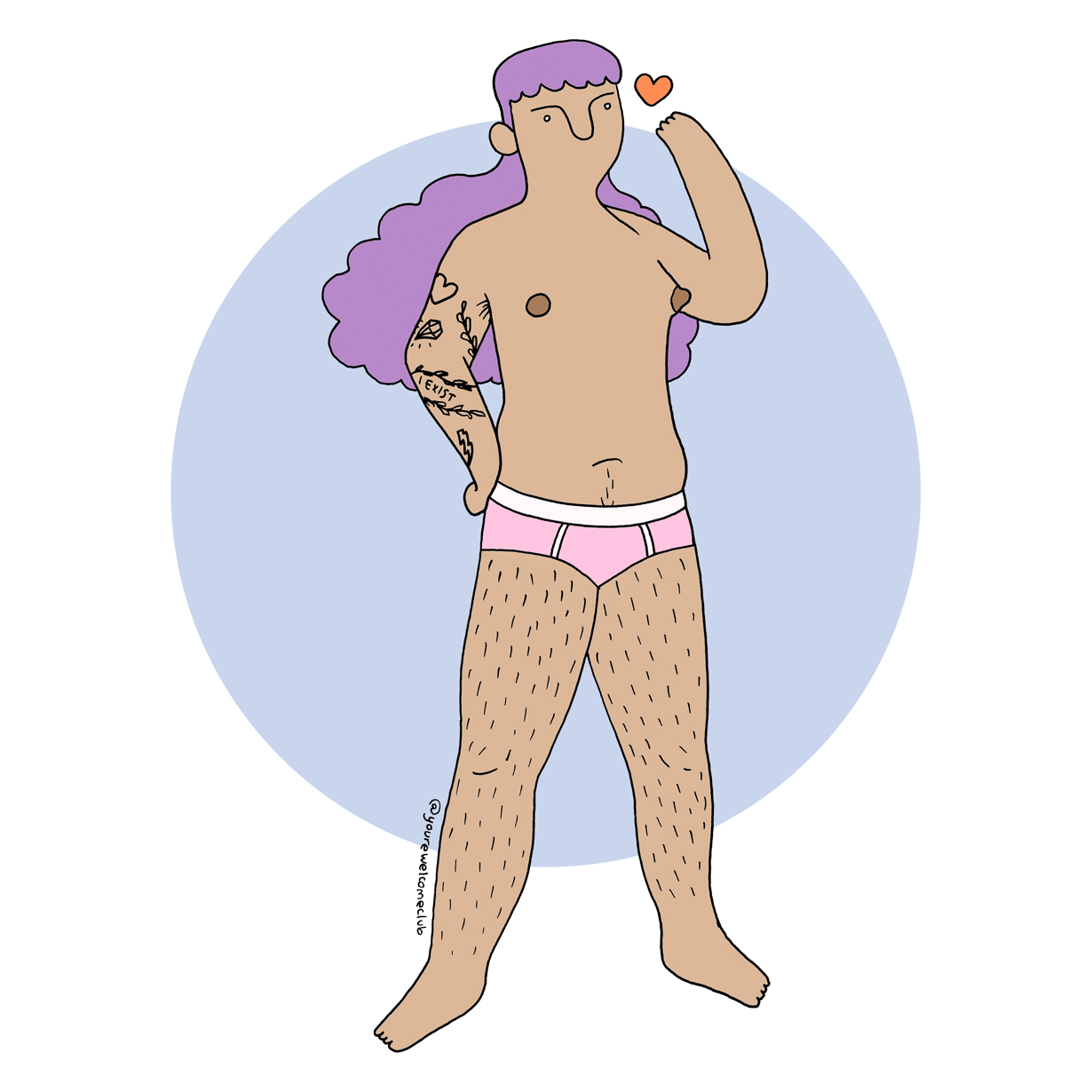 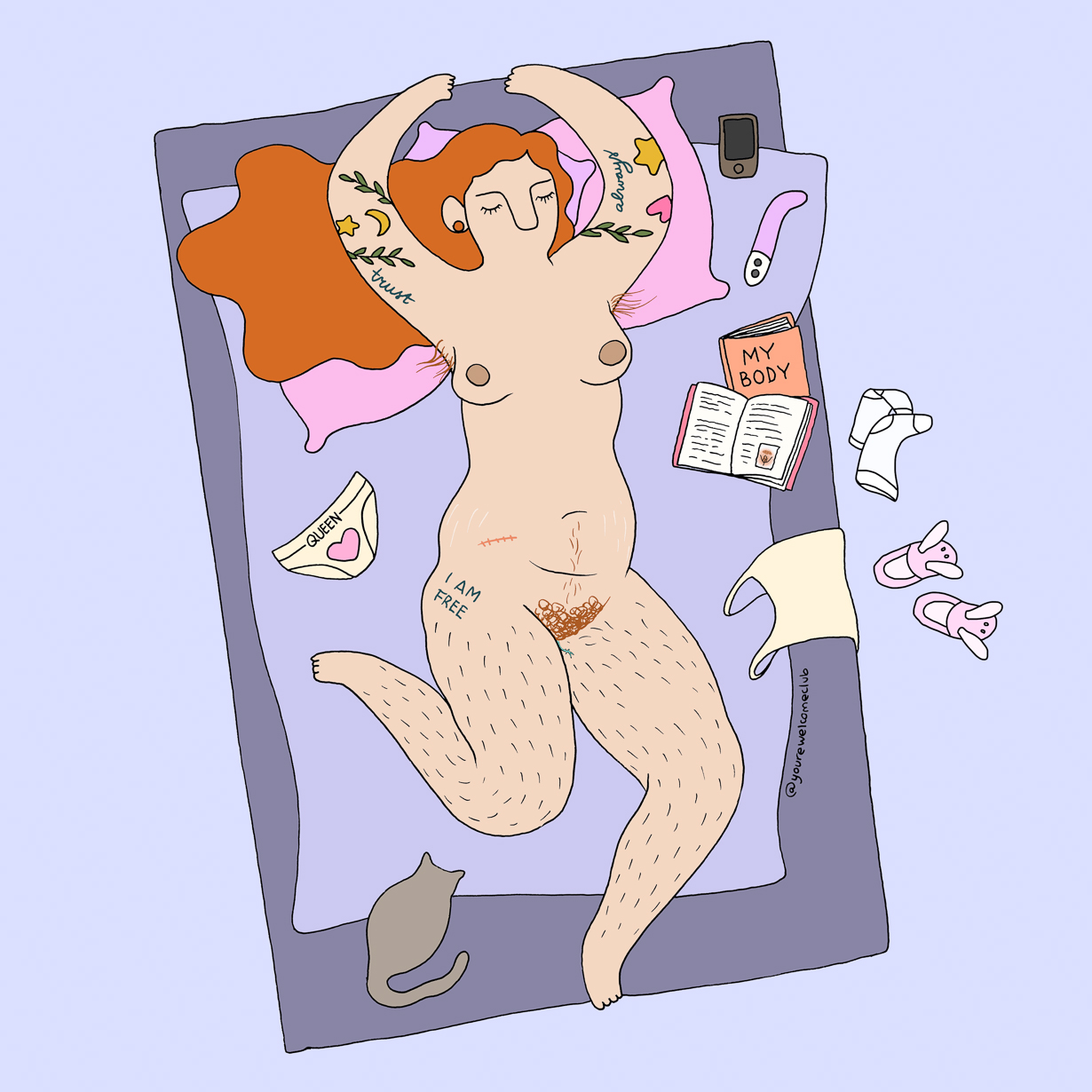 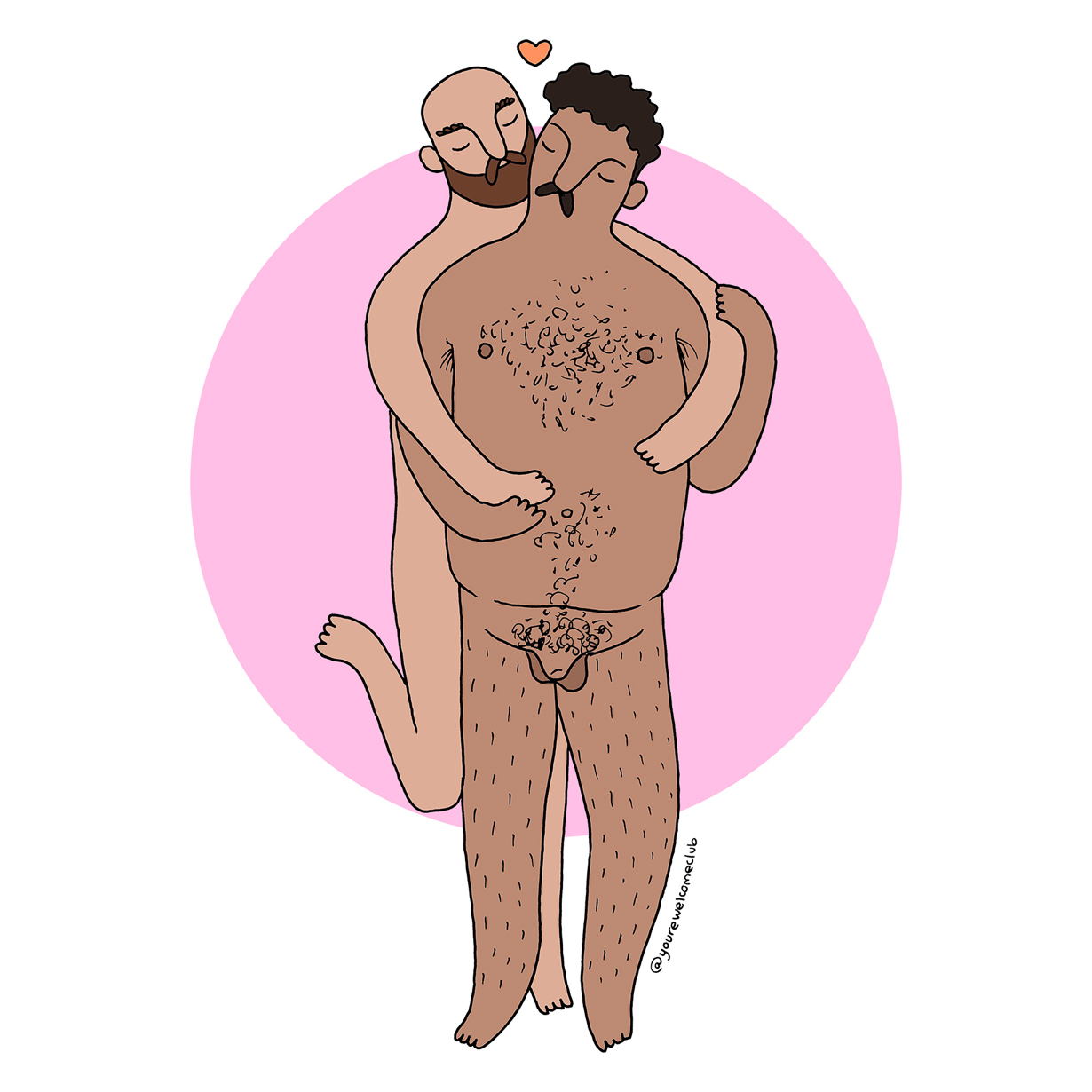 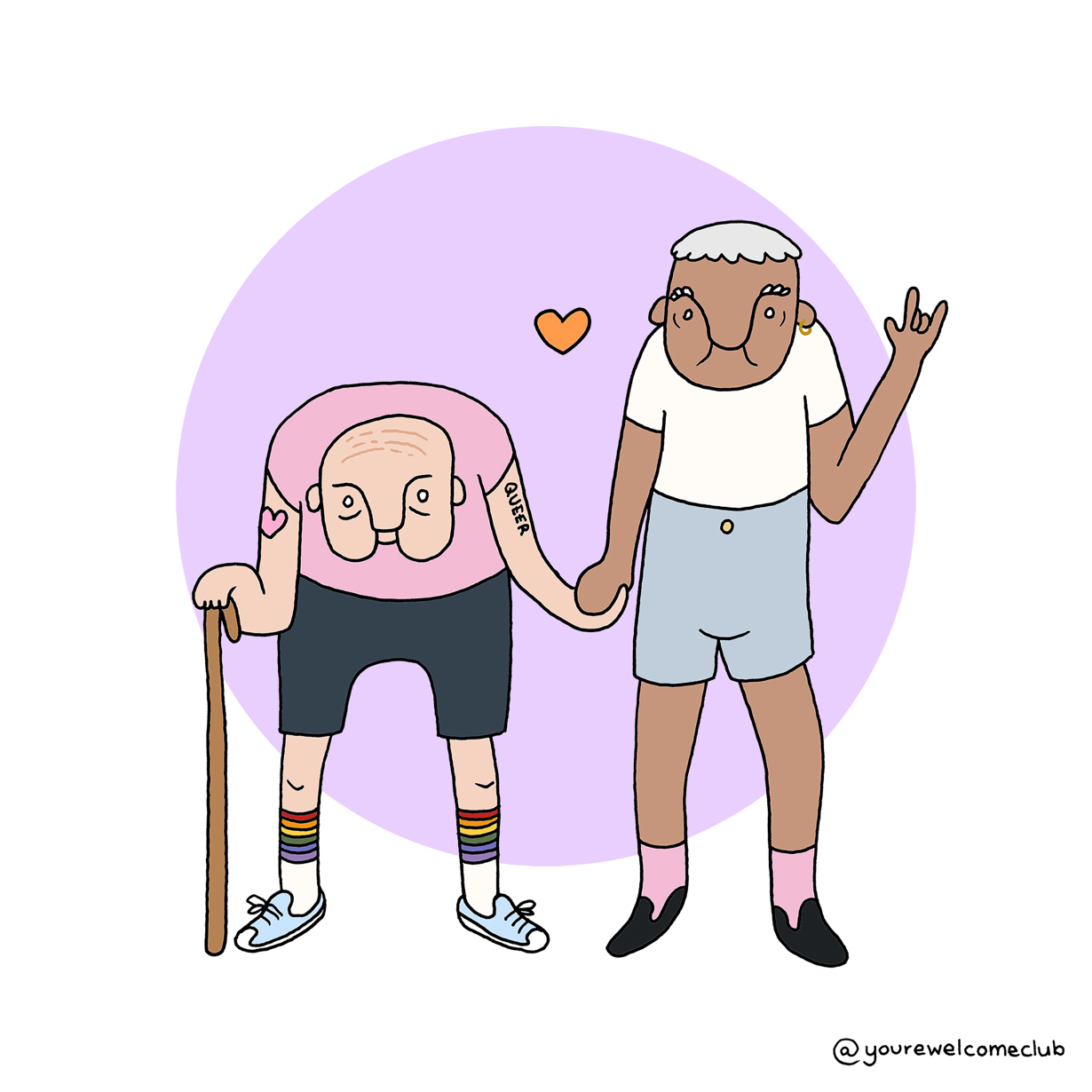 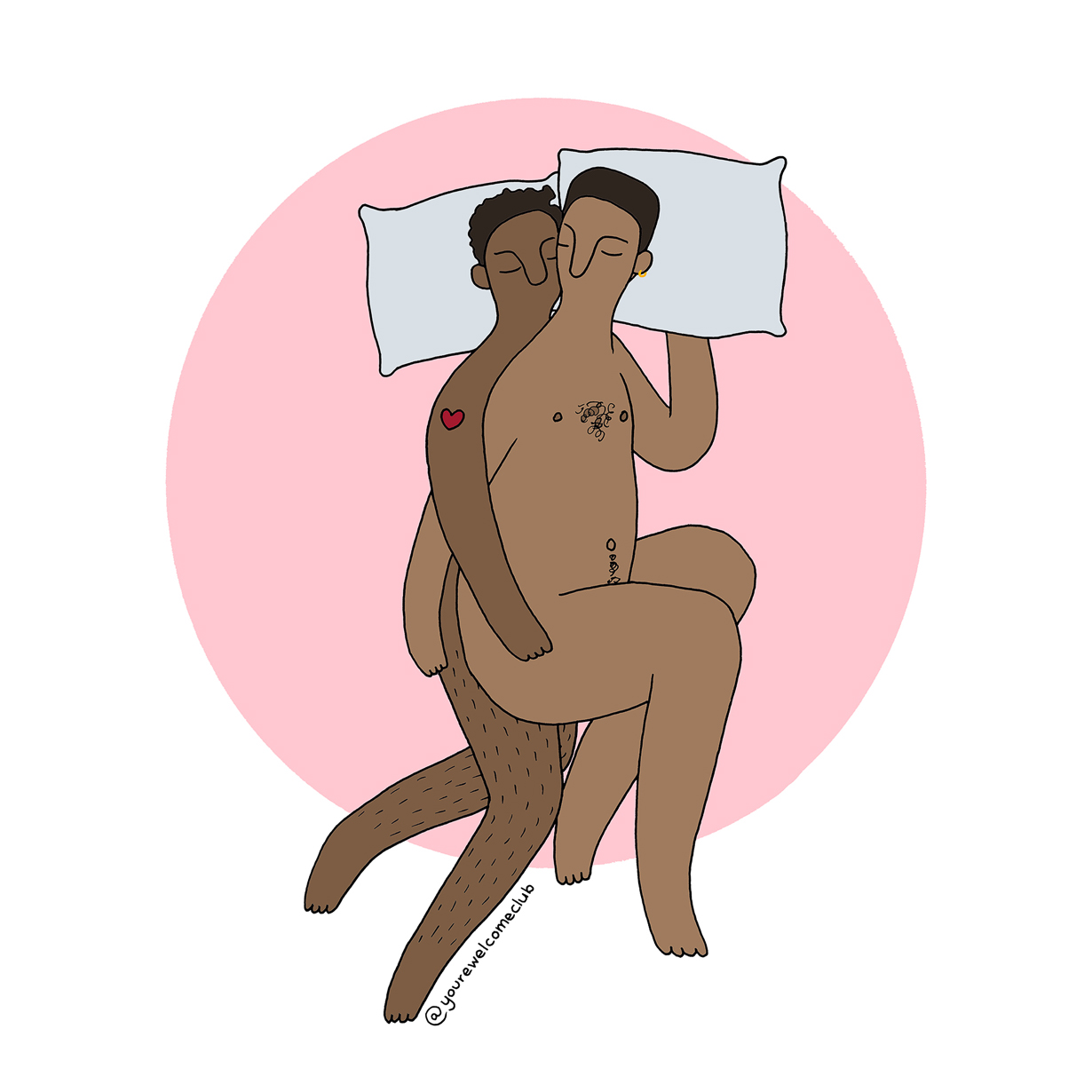 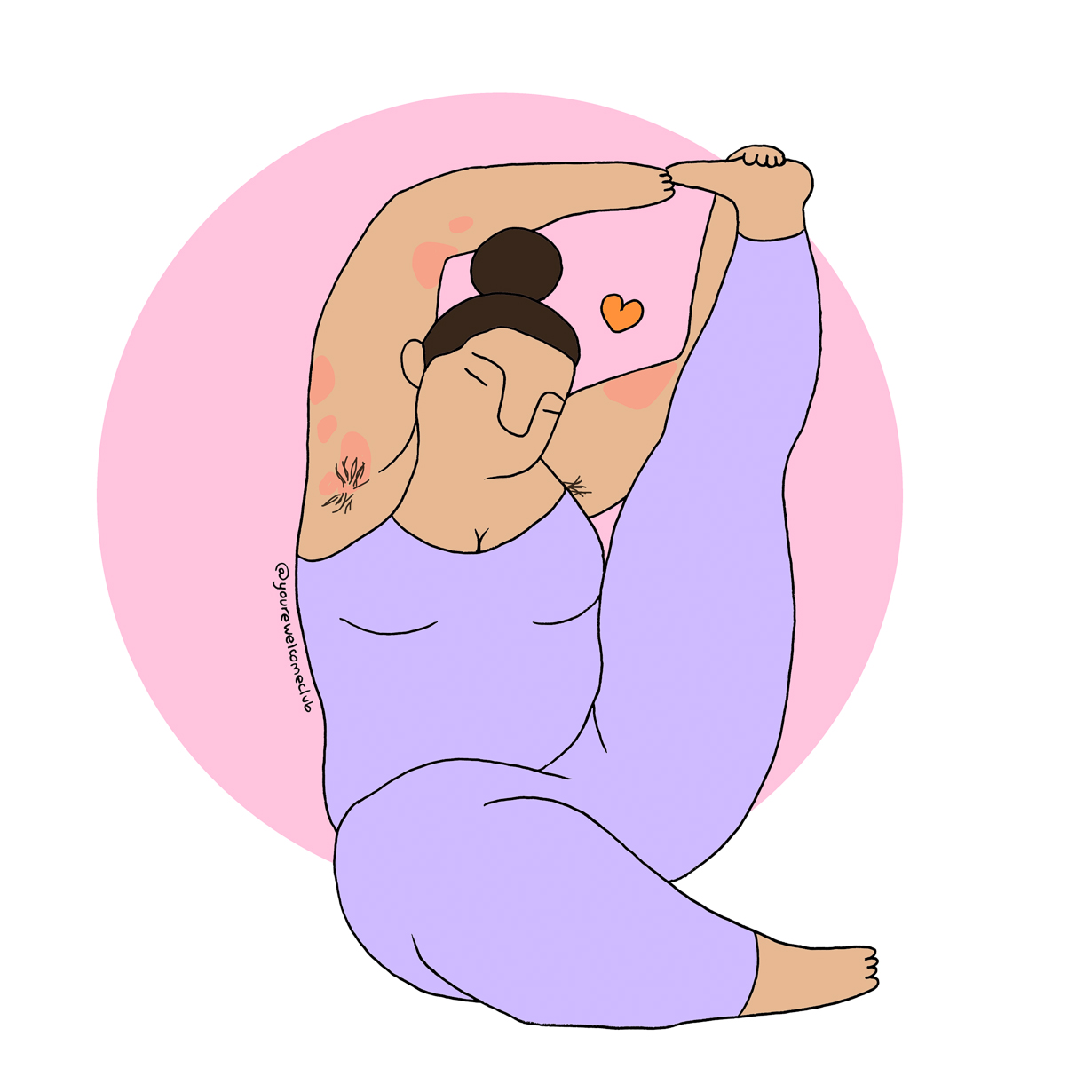 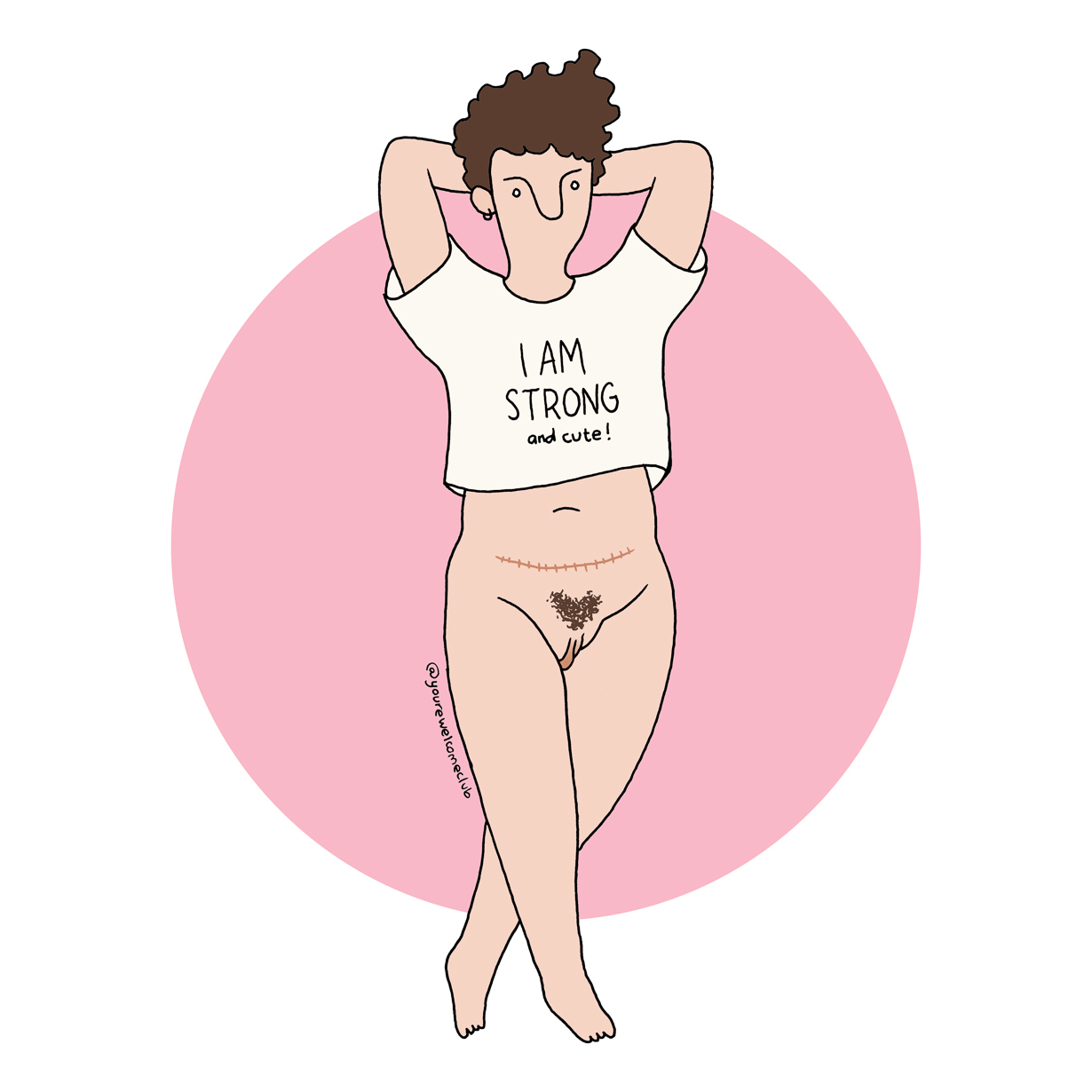 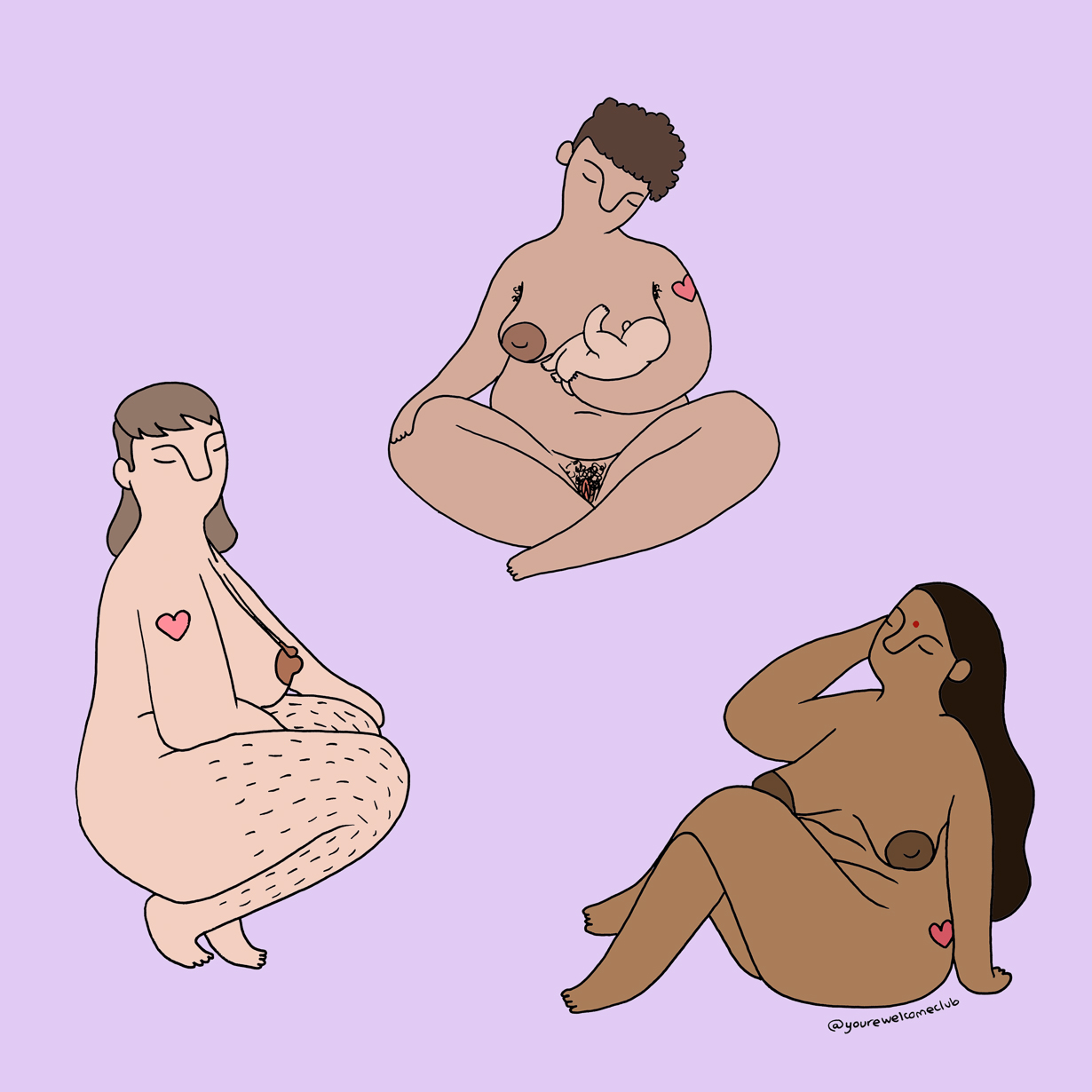 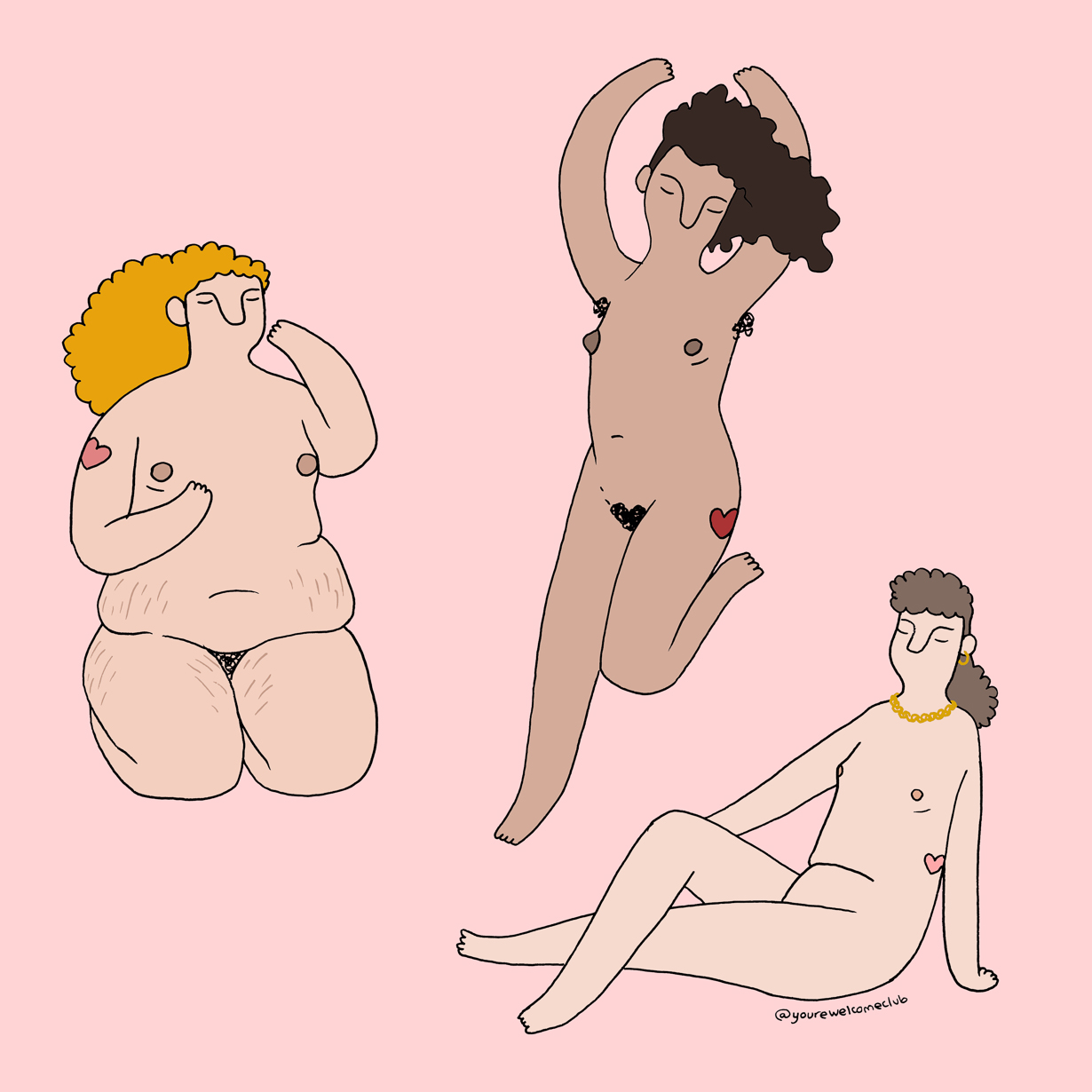 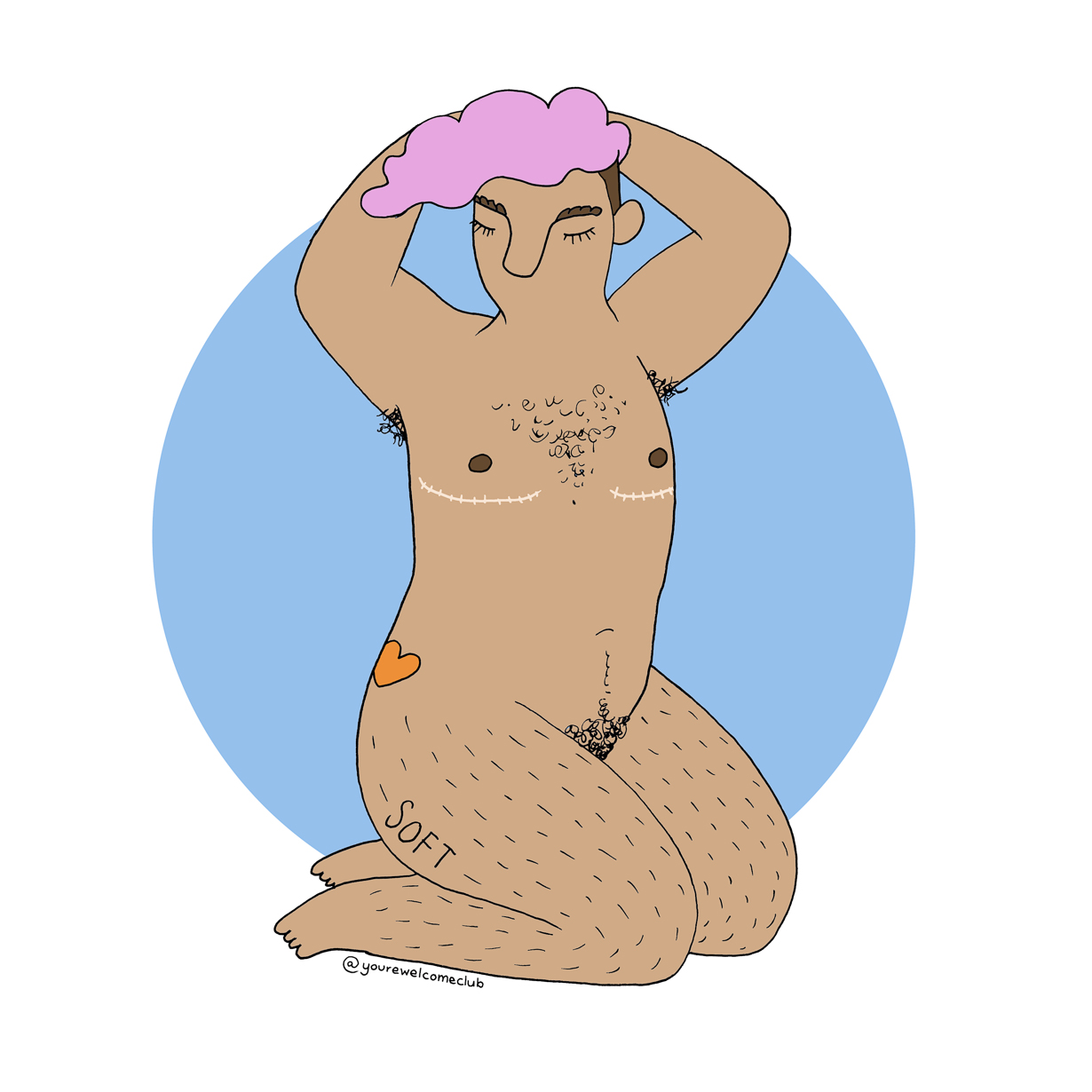 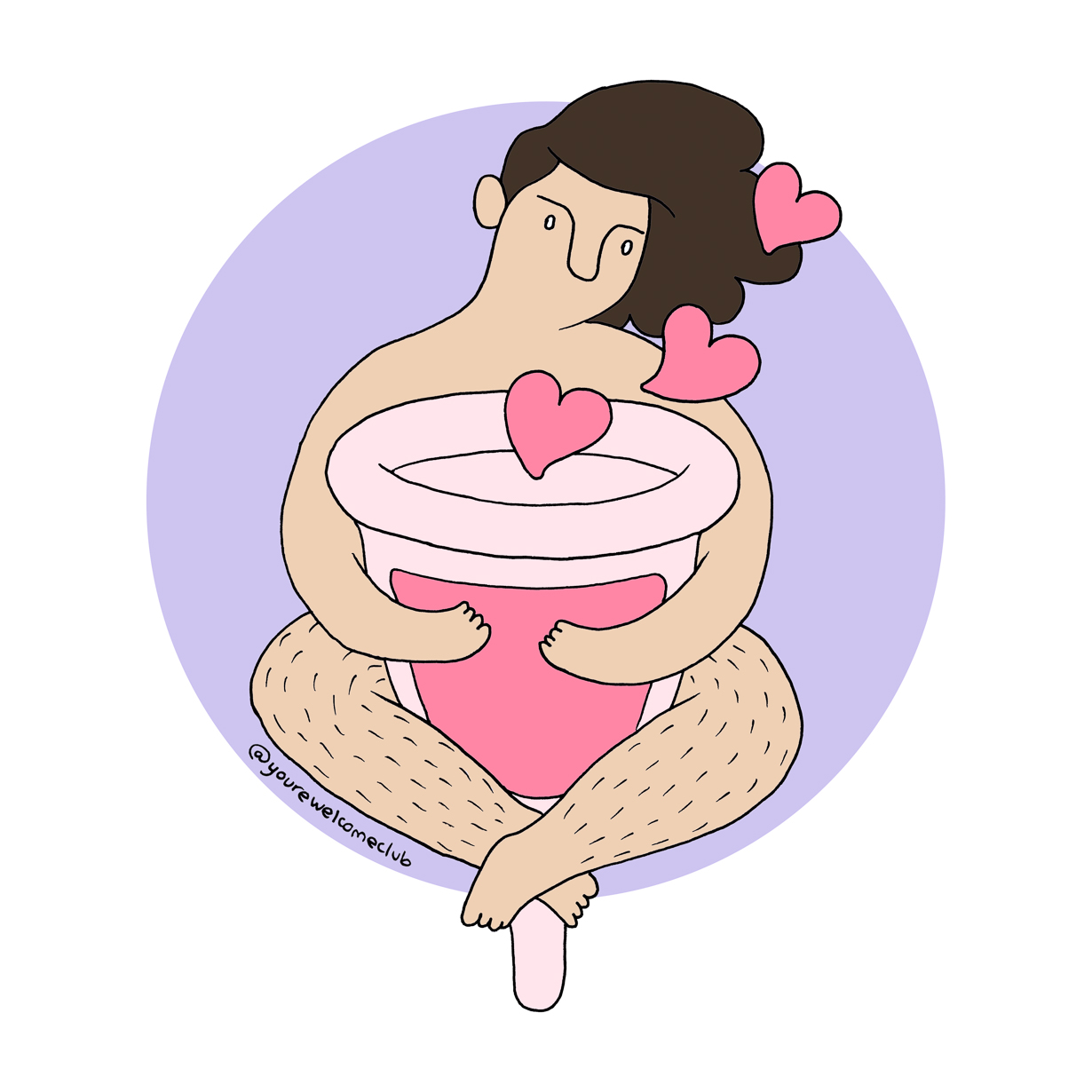 Other
Analytics
Performance
Save & Accept