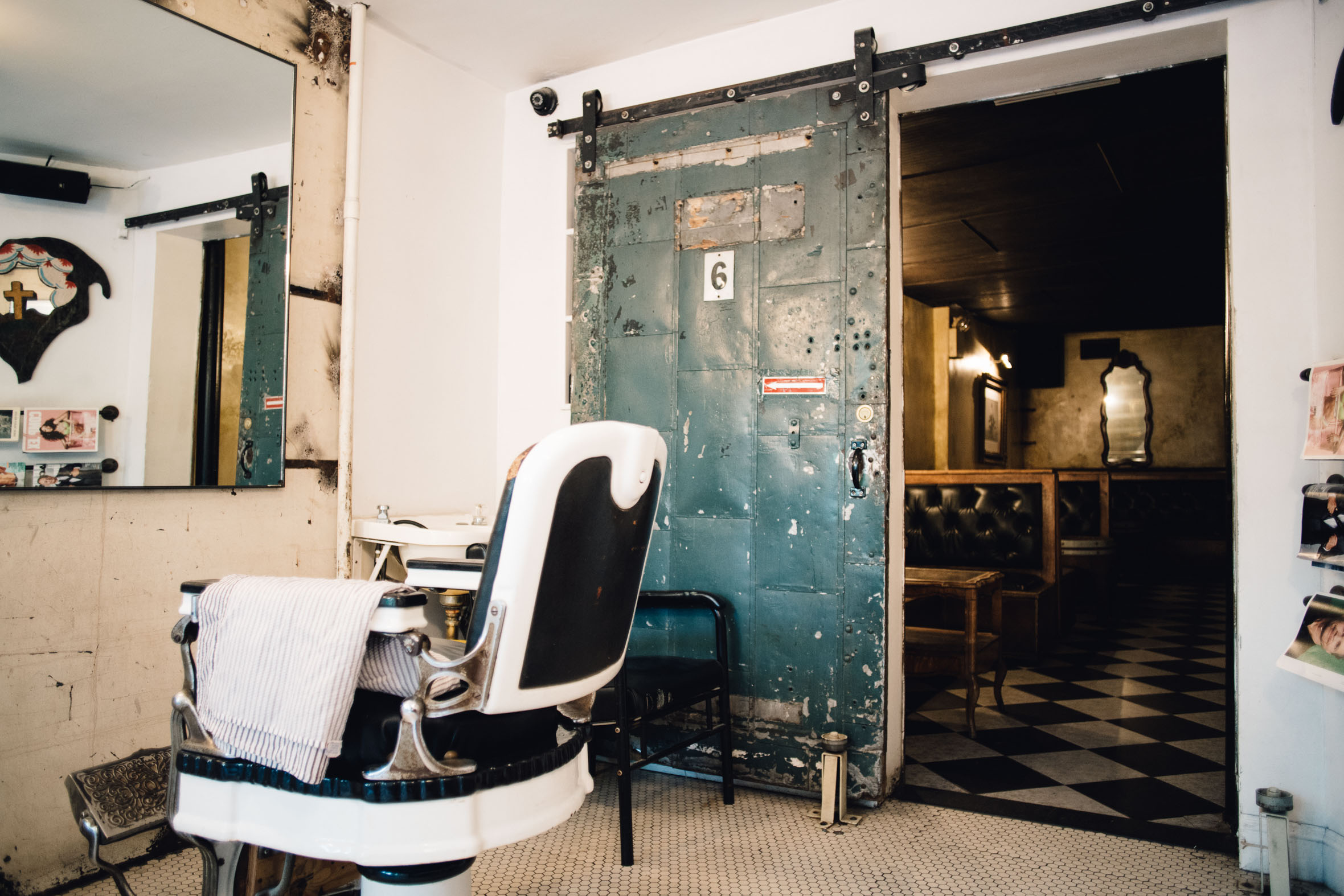 At first glance, Blind Barber looks like a simple two-chair barbershop. The frontage is unassuming, with a modest red ‘barber shop’ logo painted across the window. Inside, whitewashed brick walls give the shop a clean and modern aesthetic, while additions like the ornate barber chairs hail back to the idea of a traditional barbershop. But there is more to Blind Barber than meets the eye. At the back of the shop, concealed behind a scuffed metal door, is a secret speakeasy bar. Dimly lit, with an opulent oak bar and intimate booths, it provides a stark contrast to the bright, ‘no frills’ look of the barbershop. And while the shop itself closes at 9pm, the bar stays open until the early hours.

Blind Barber was launched in 2010 in New York’s East Village by friends Adam Kirsch, Jeff Laub and Josh Boyd. Frustrated with the lack of creativity in their professions, together they developed the distinctive concept for Blind Barber. They have since added branches in Brooklyn and Los Angeles, as well as a concession in iconic New York department store Barneys. With a newly launched product line which is available in Japan and the UK, we’ll bet you’ll be seeing a lot more of Blind Barber. We met co-owner Adam Kirsch at their original East Village location.

"The name stems from the Prohibition era, when alcohol was illegal and social spaces that served alcohol were called 'blind tiger' or 'blind pig', because the cops would literally turn a blind eye to the bars"

Can you tell us a bit about the concept of Blind Barber? Blind Barber started as a barbershop with a speakeasy cocktail lounge hidden behind the shop. The concept was just that – to have the shop with a bar experience attached. The name stems from the Prohibition era, when alcohol was illegal and social spaces that served alcohol were called ‘blind tiger’ or ‘blind pig’, because the cops would literally turn a blind eye to the bars. So the name made perfect sense for us!

What do you think this concept adds to the act of getting a haircut? We wanted to have that sense of community of a barbershop, and to create a social space around that – a bar facilitates that atmosphere. It adds a personal touch, and it’s obviously a little bit more enjoyable to get a complimentary drink with your service. In addition to that, being able to hang out in one of our bars or social spaces with like-minded people before or after your haircut adds to the initial social standard of a barbershop.

Blind Barber has a really strong aesthetic, was having products always part of the plan? Yes definitely, it was something that was intrinsic to the concept and something we really wanted to do. The fact that people were able to take Blind Barber home with them was important. It also meant that people who couldn’t make it into the shop due to proximity or any other reason, could still experience Blind Barber and be a part of our community. 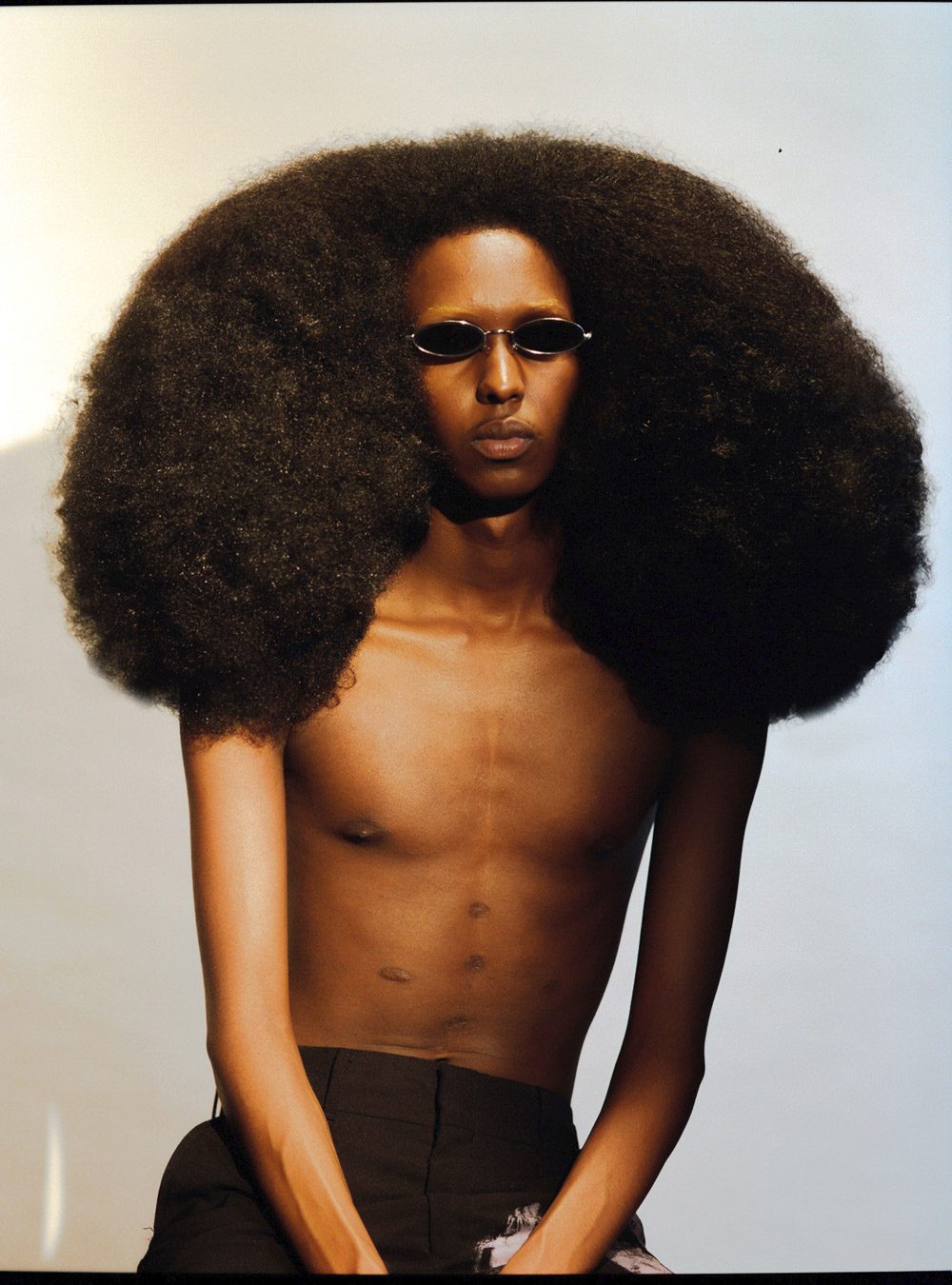 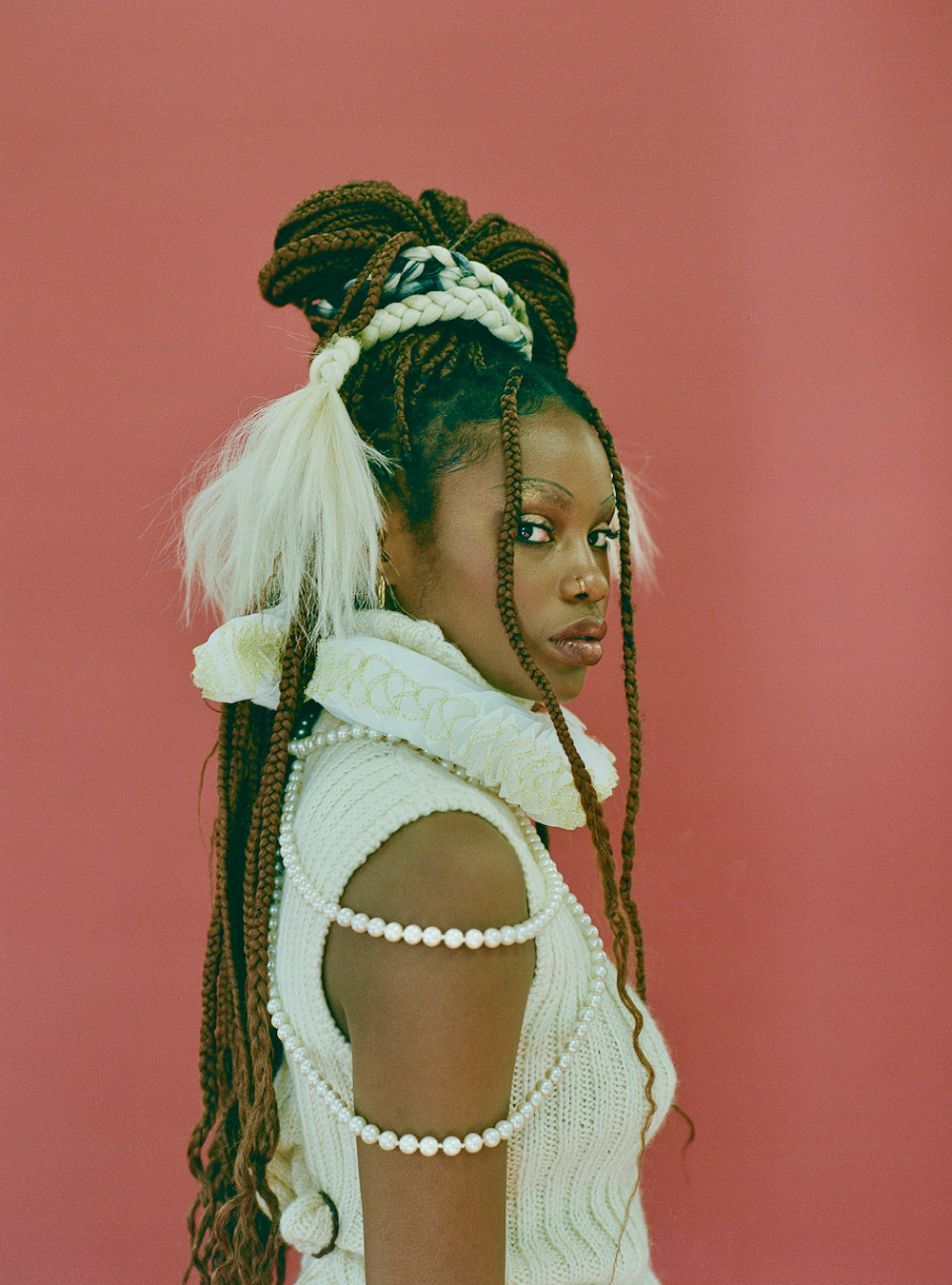 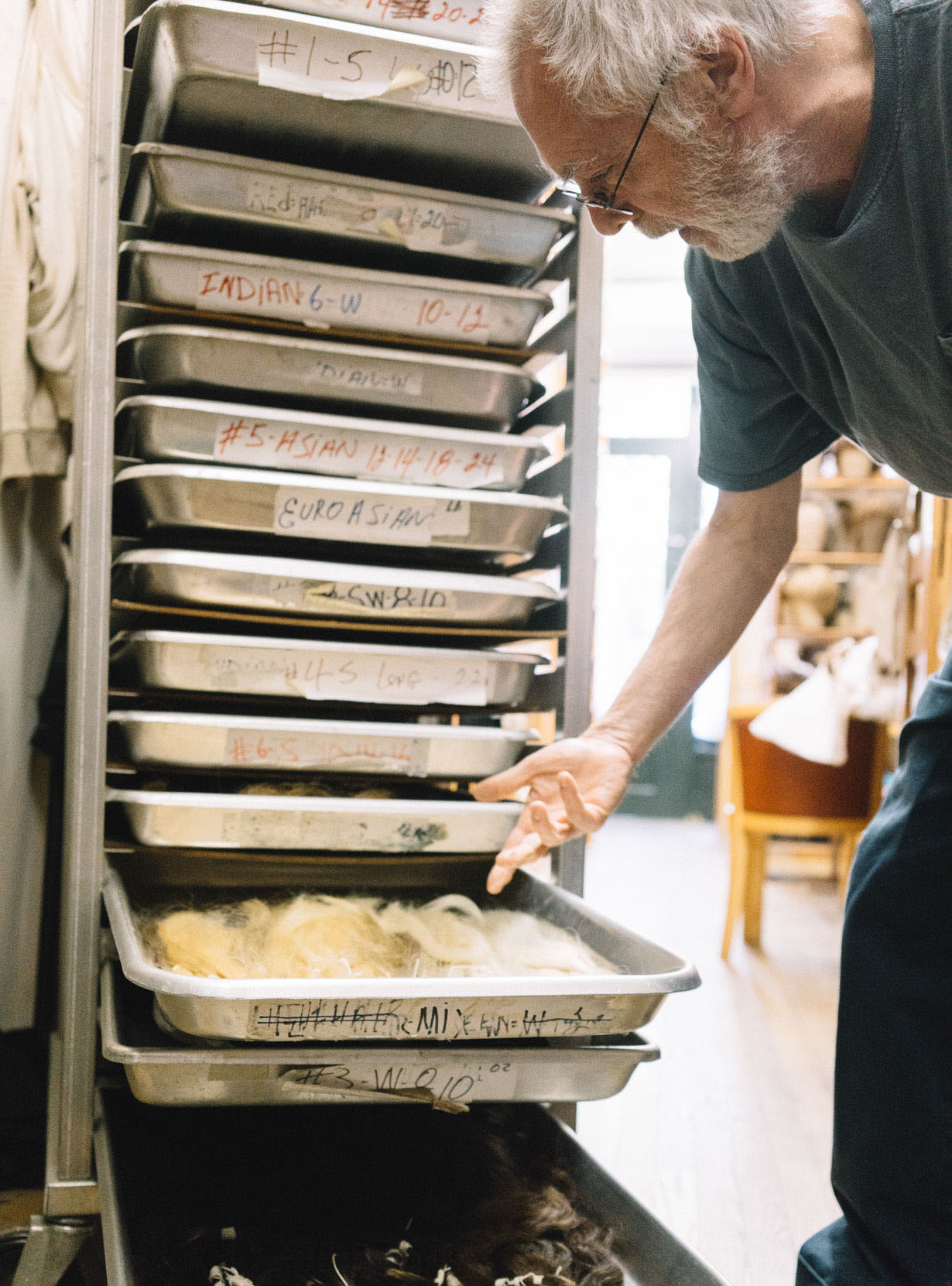 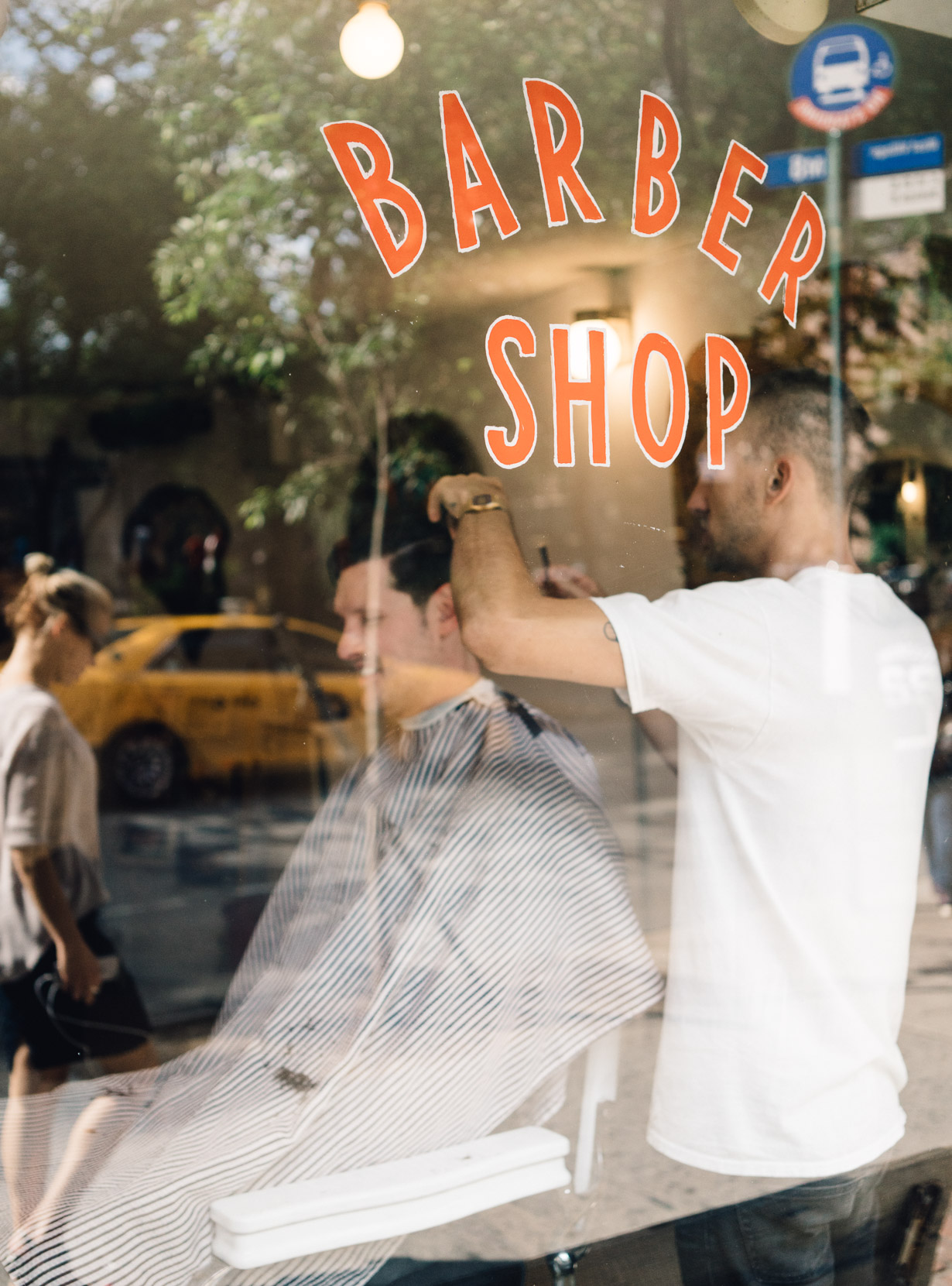 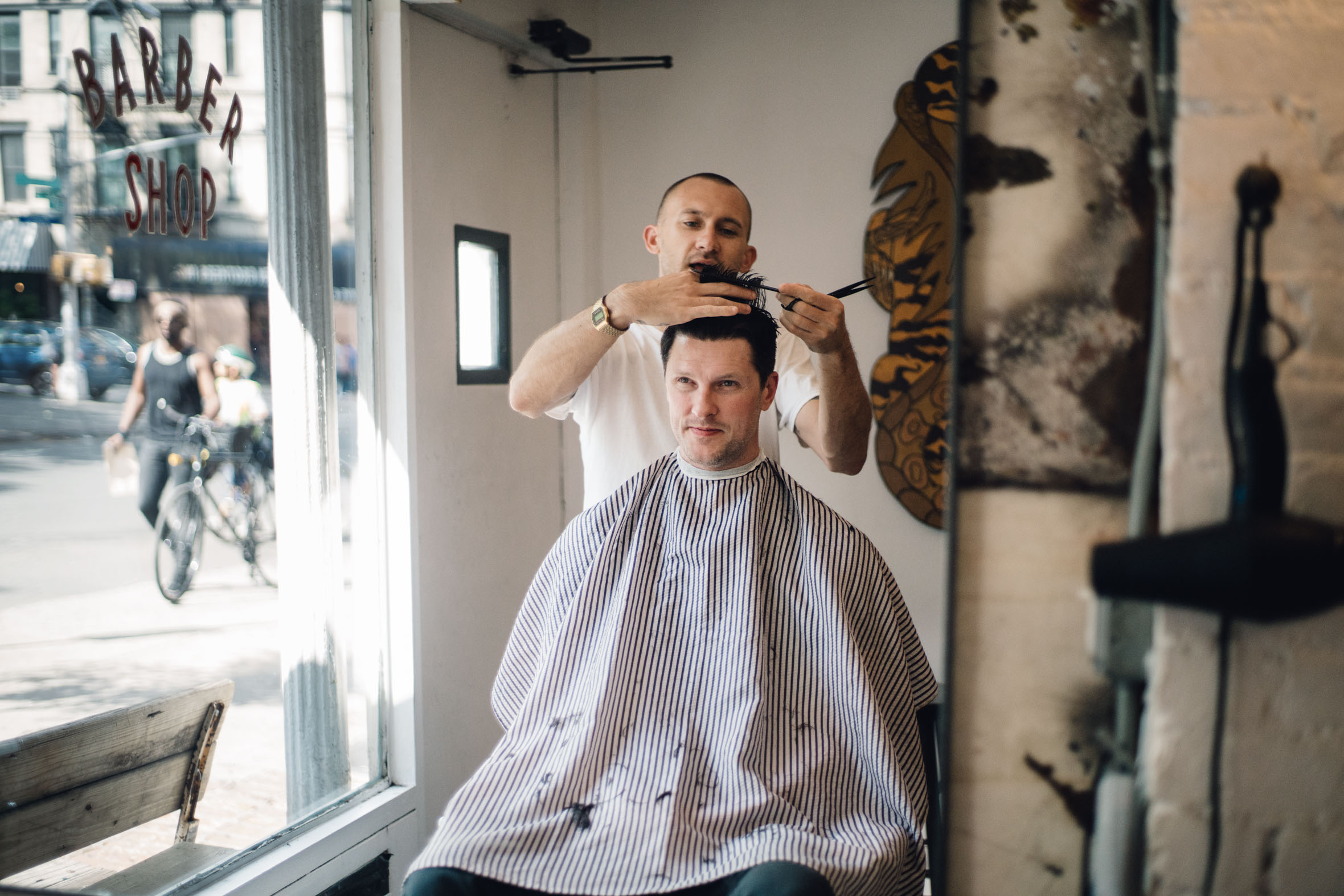 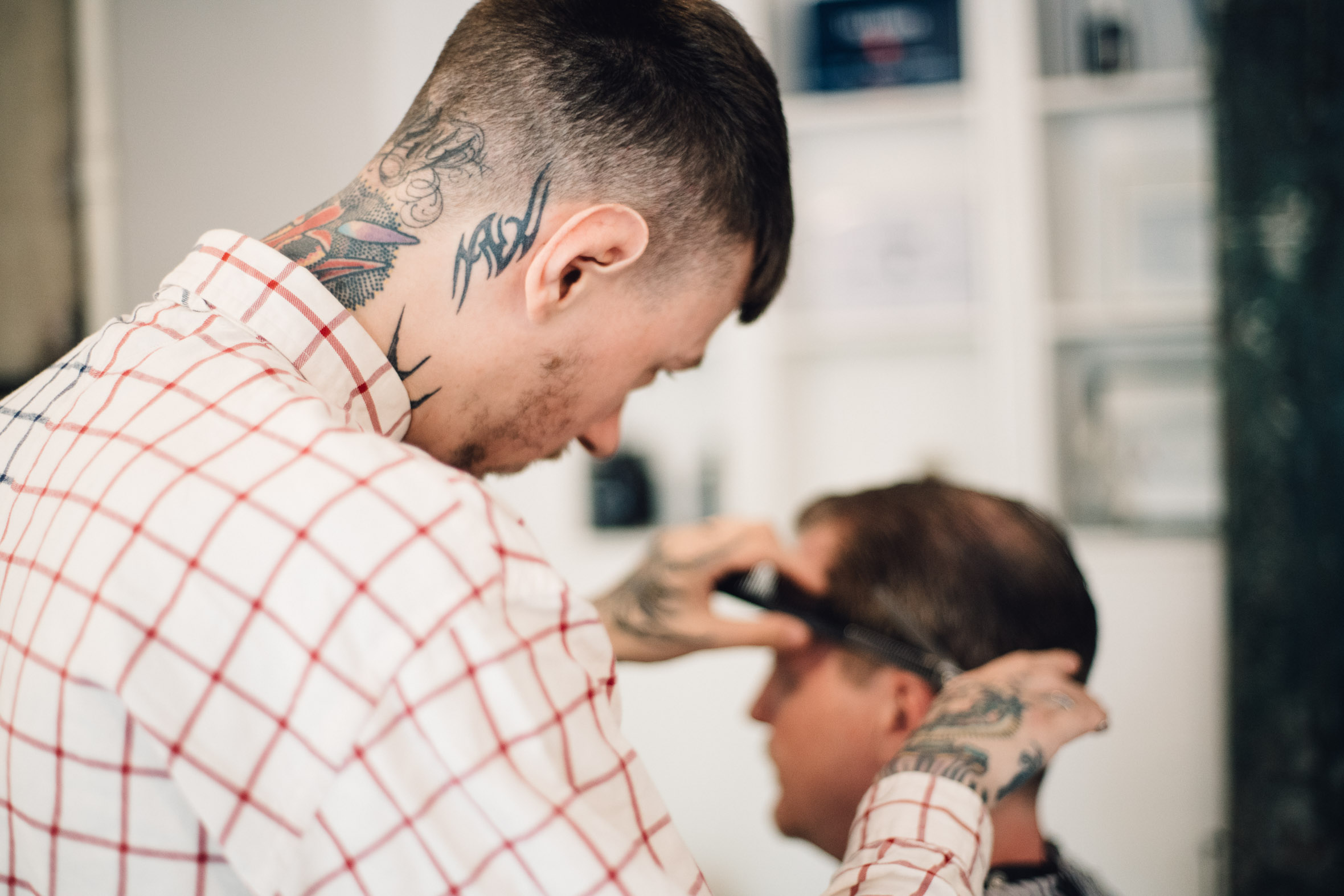 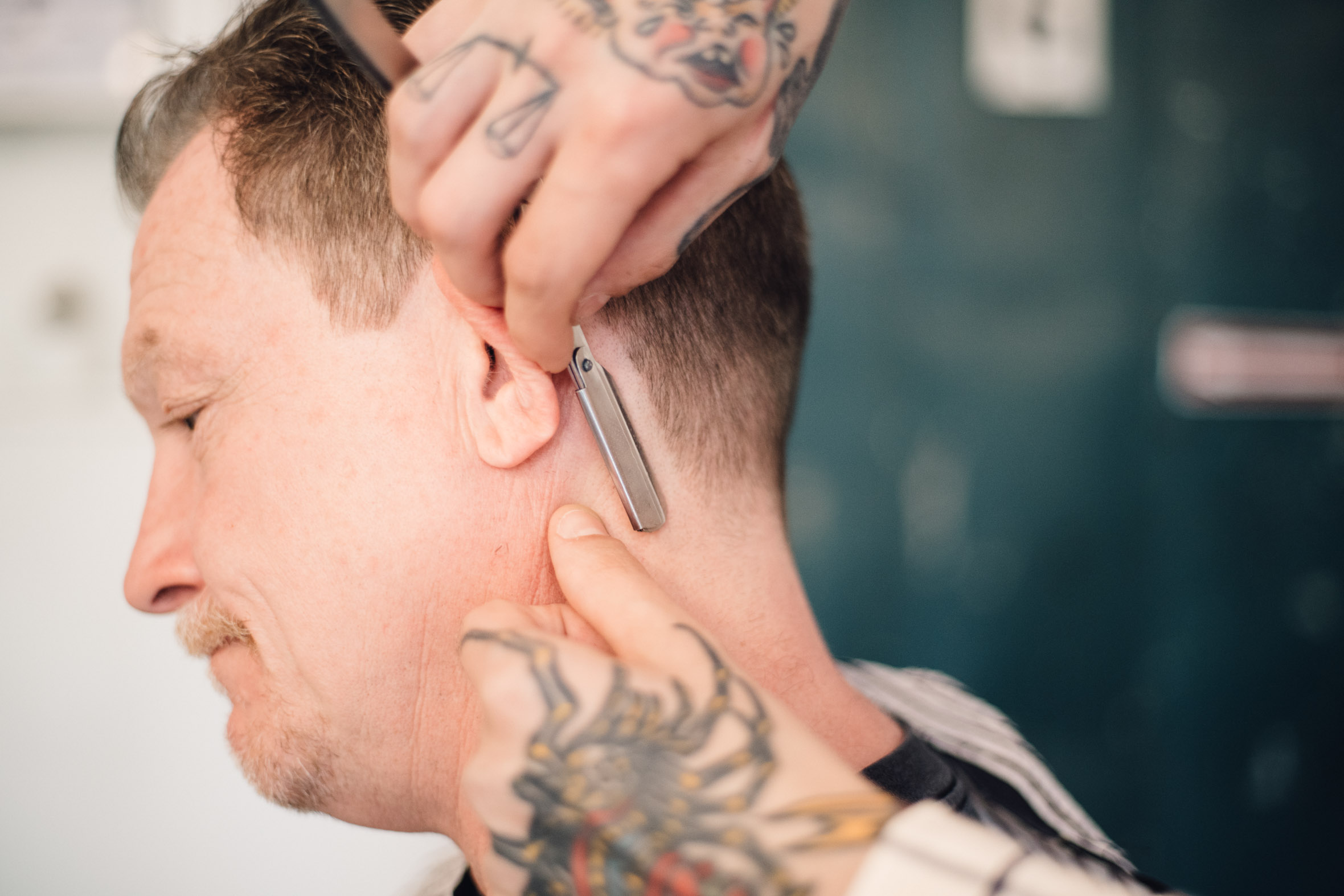 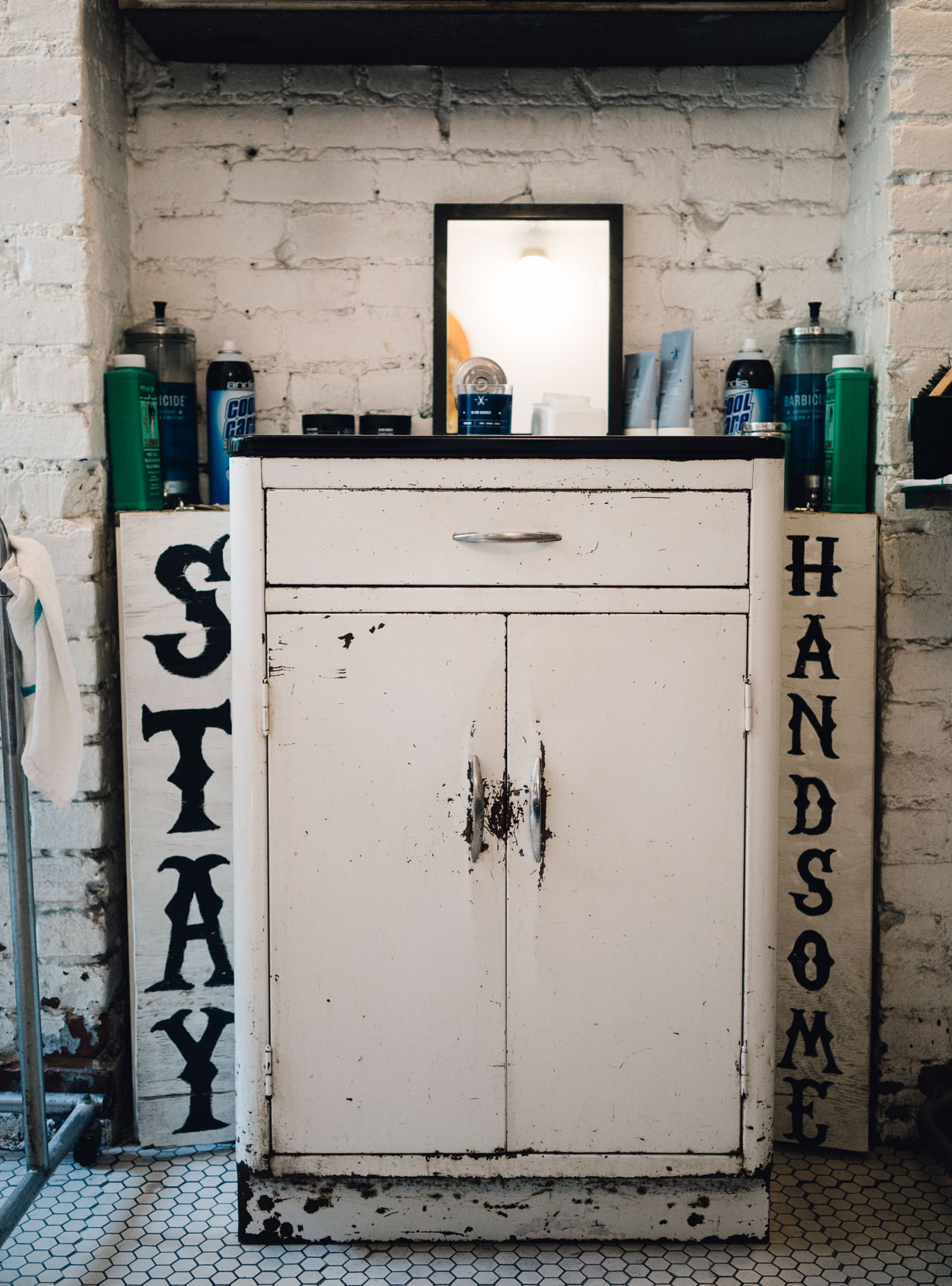 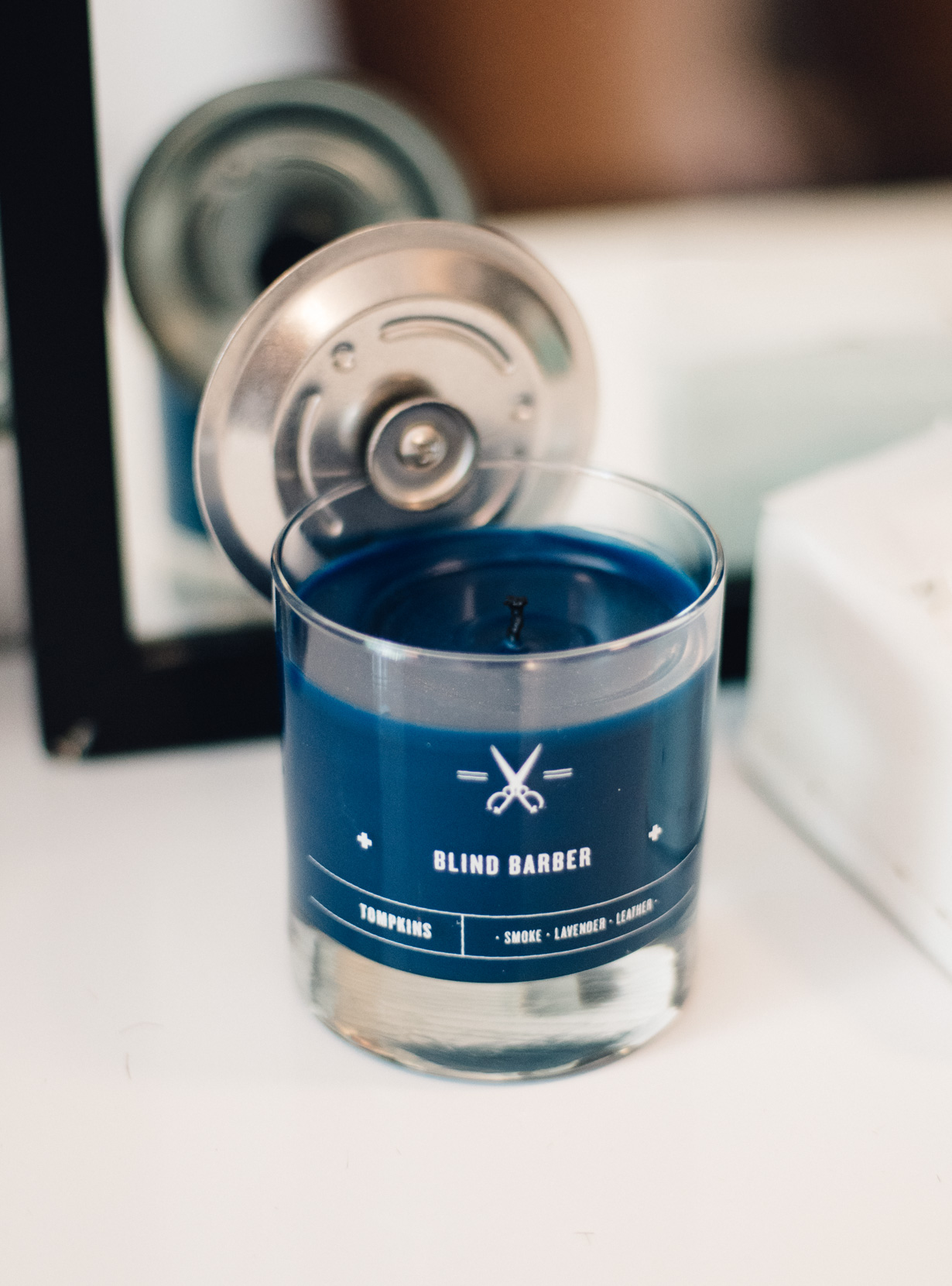 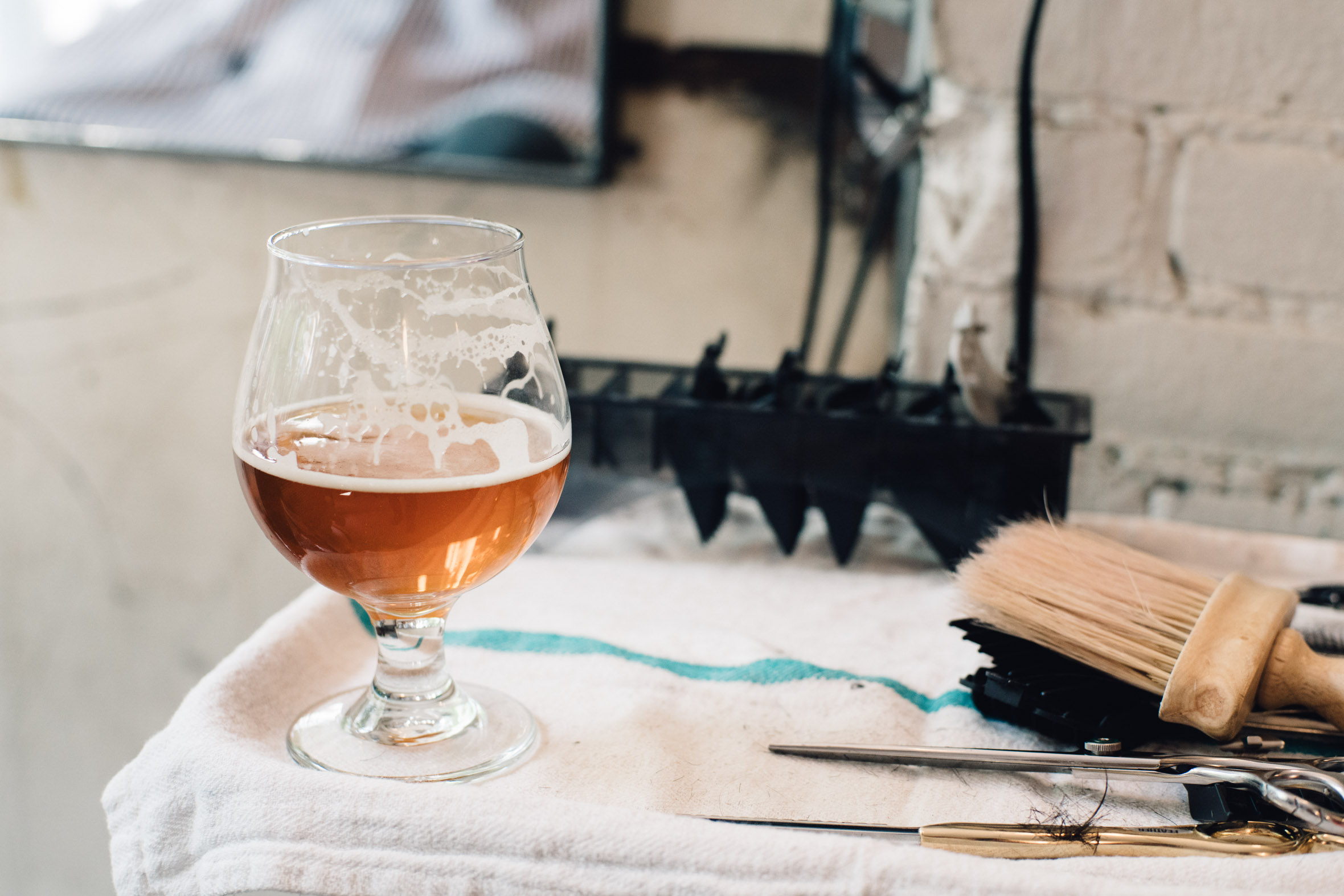 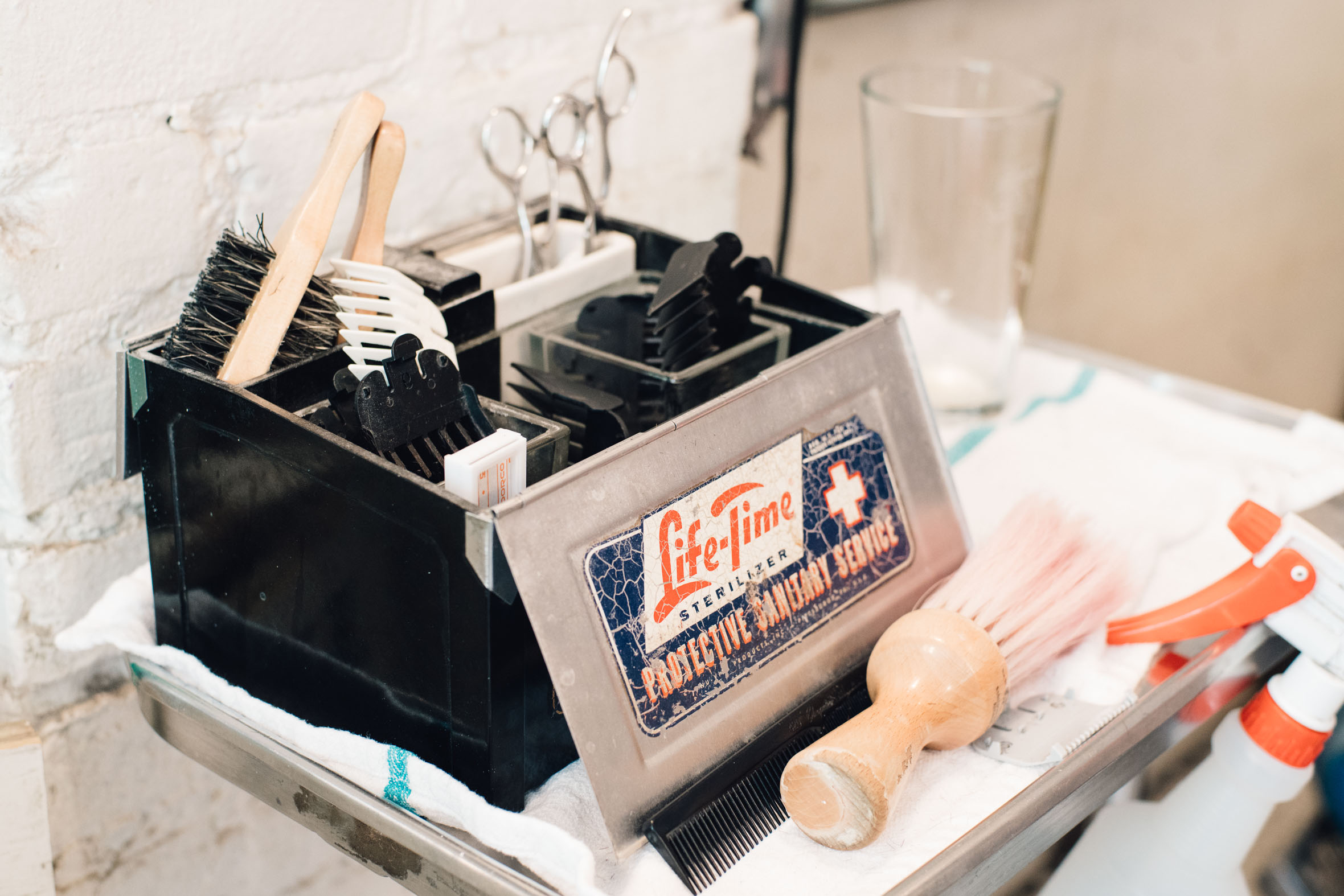 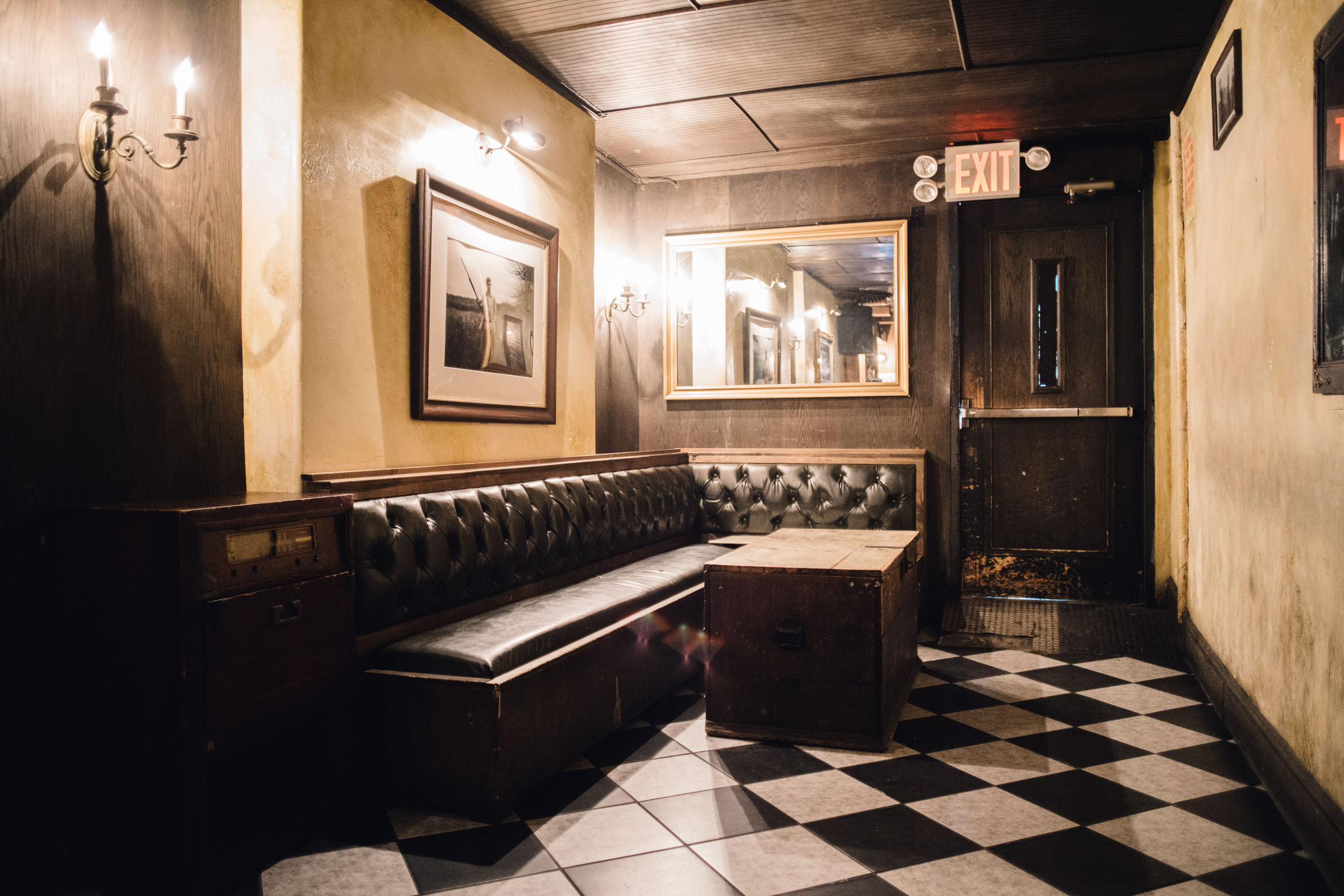 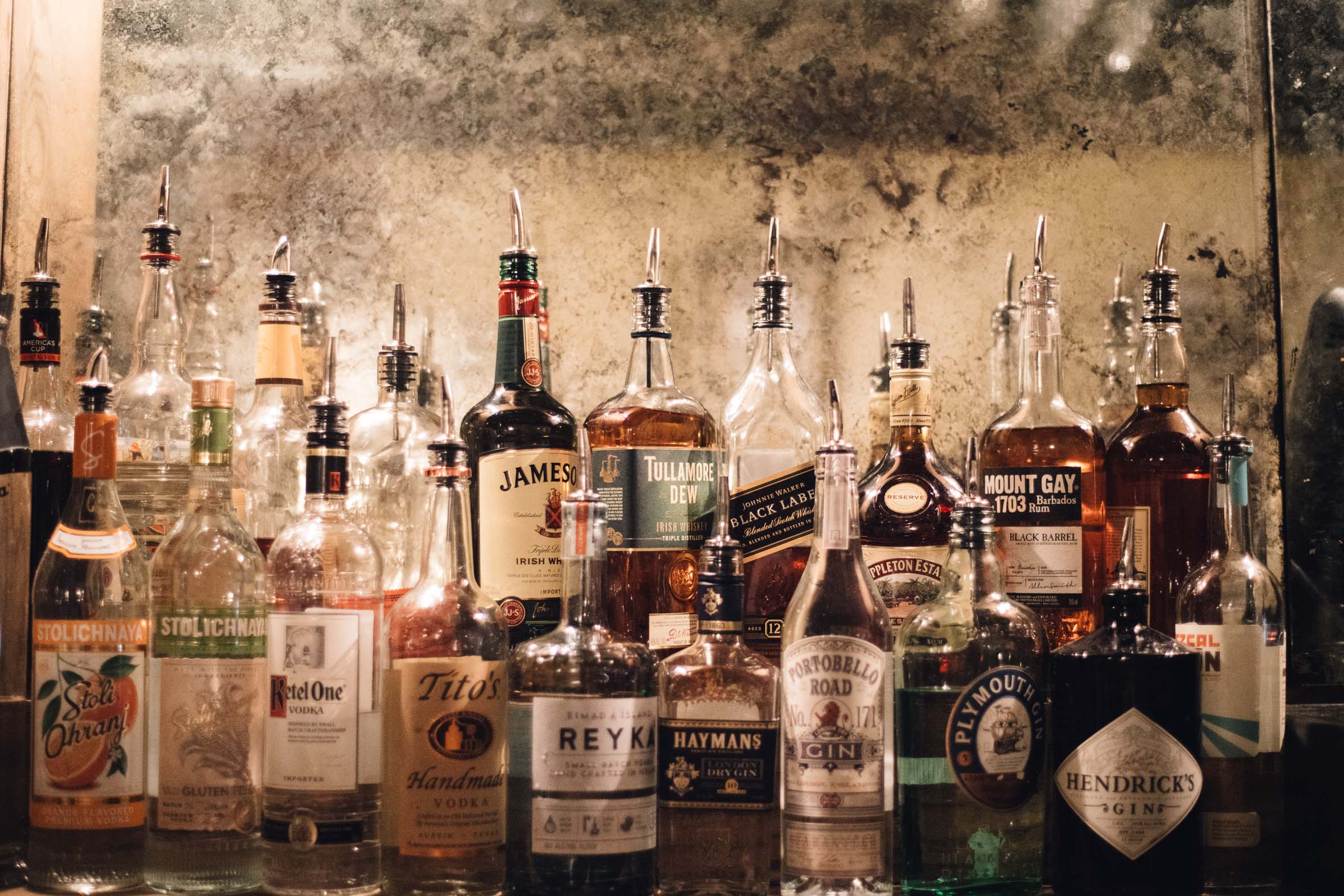 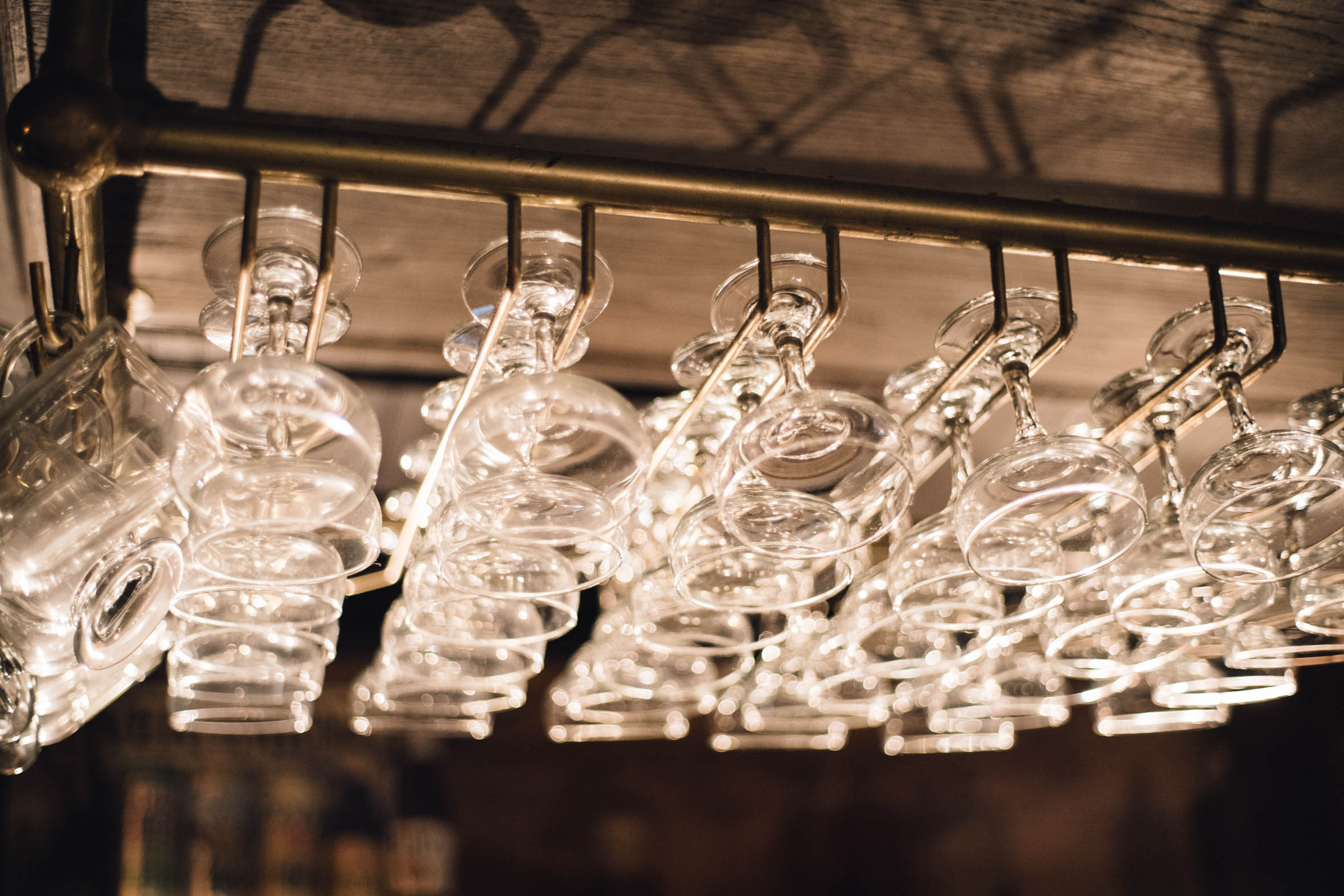