During the early days of lockdown, Takuya Yamaguchi discovered that paper served as a surprisingly adequate temporary alternative to hair, prompting the hairstylist to create and photograph an entire series of paper headpieces from his New York apartment. Since then, he’s raided his home for all manner of materials, finding an unexpected thrill in repurposing even the most mundane objects into unique artworks.

Using flowers, shredded cans, gelatin and even some (very topically branded) beer bottles, Yamaguchi has explored the possibilities of each material through a variety of kitchen experiments. The gelatin pieces in particular, he explains, required some serious trial and error before he landed on the right process. “At first I tried pouring gelatin over a wig, but it just looked like it was full of hair gel, Yamaguchi says, “so I tried cooking it into a liquid and adding some hair extensions to the pot. Then I’d put a mannequin head on the pot upside down, and after cooling it in the refrigerator, I’d remove the pot and cut and shape it into a good style.”

“The glass and beer can pieces were very exciting to make, I felt like I’d become a sculptor or something. I kept drinking beer while I was working on it as I needed lots of empty cans and bottles!”

“Gelatin hair was the most challenging - it doesn’t stay on the head long as it keeps melting. I had to make each style very quickly, in about 30 minutes. They collapsed so easily, I had to keep starting over and over again.” 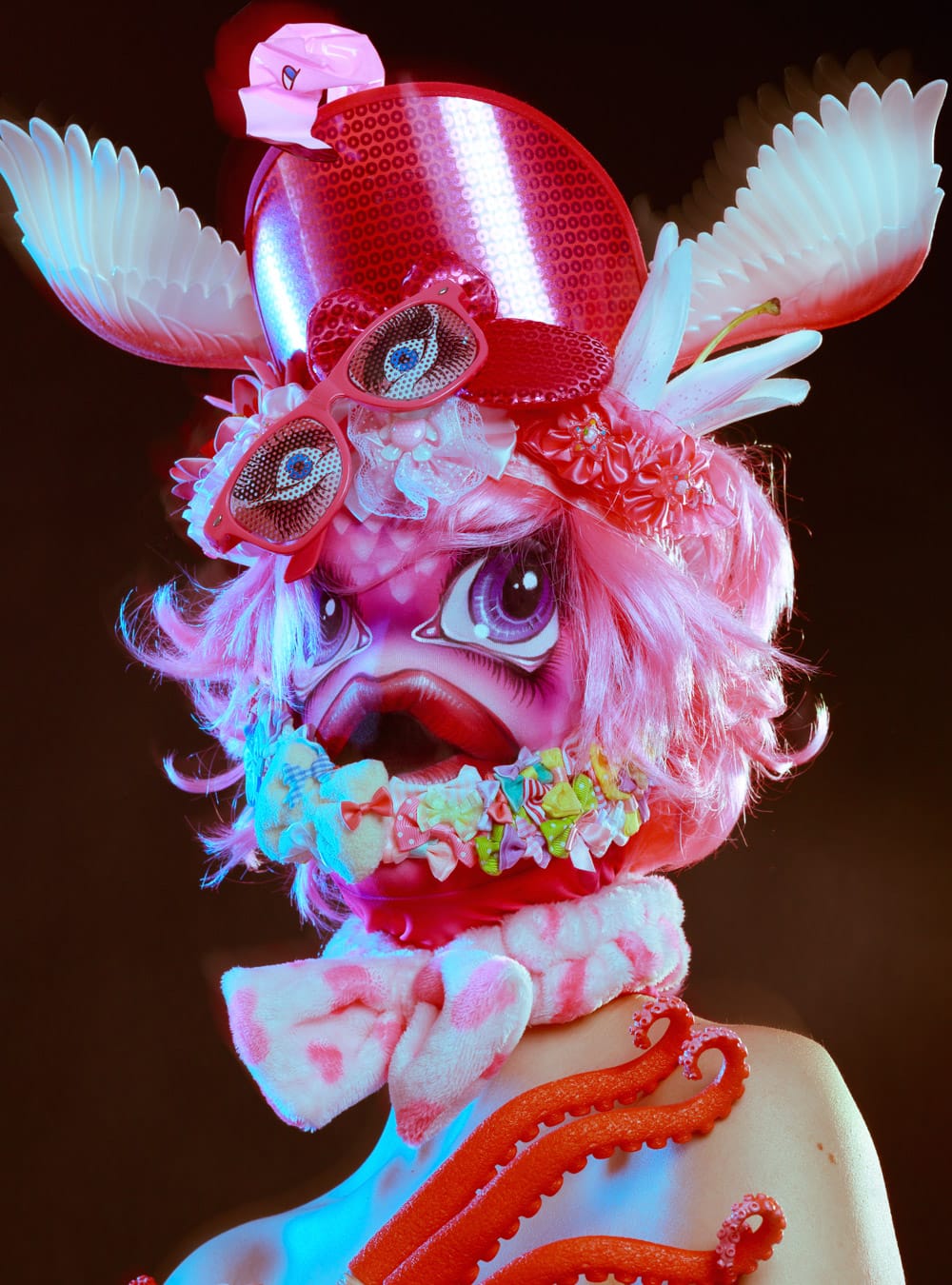 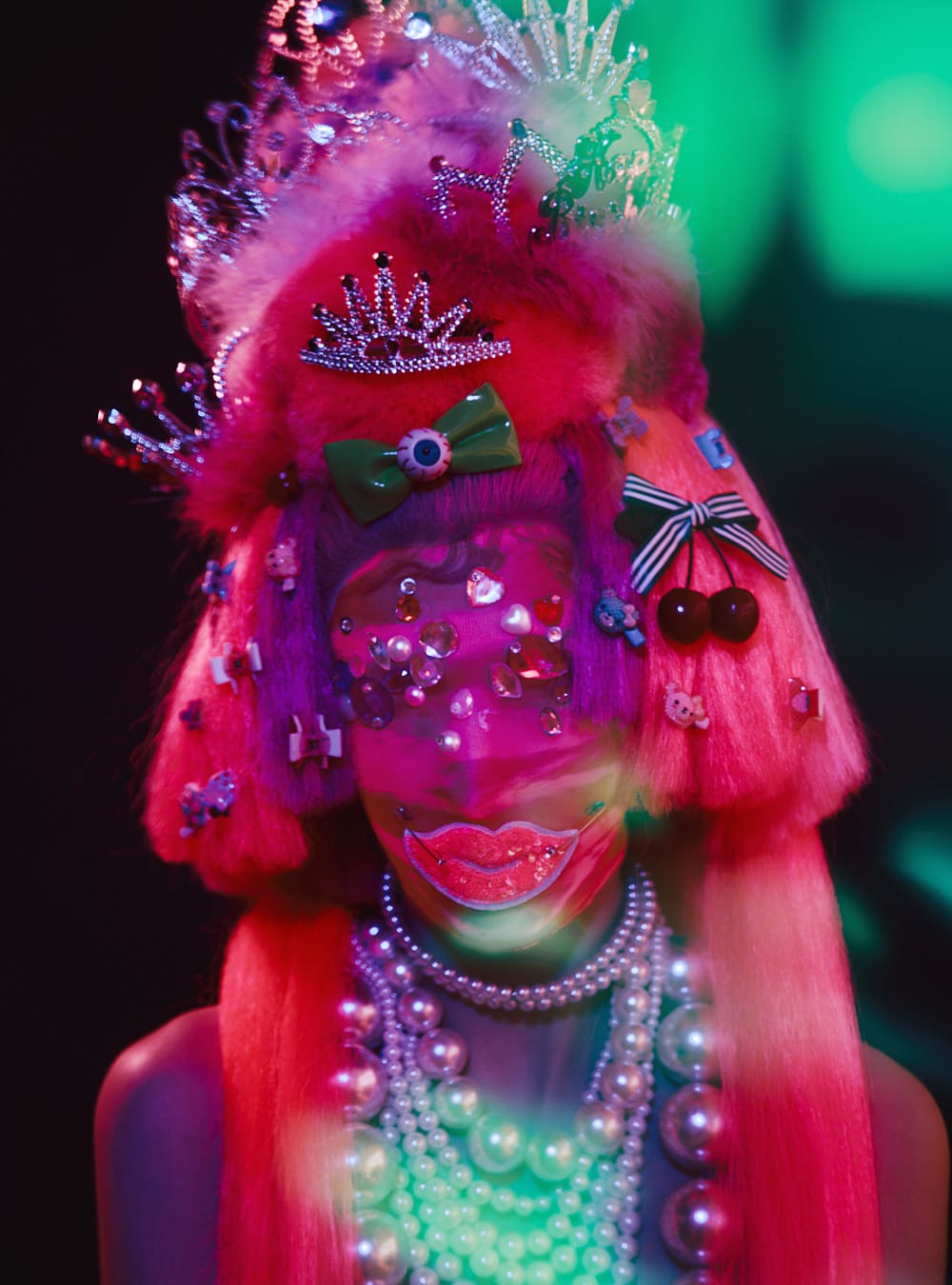 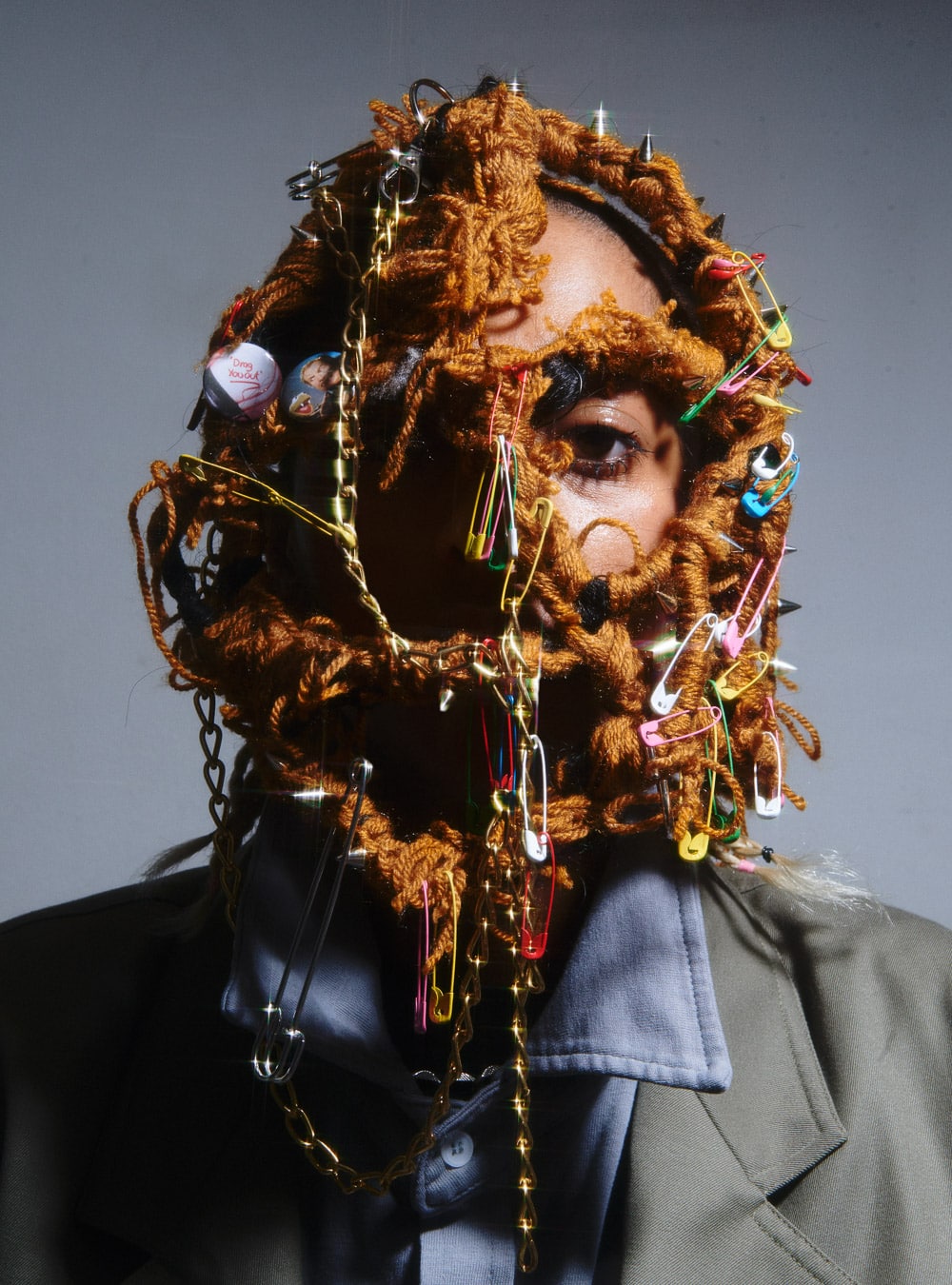 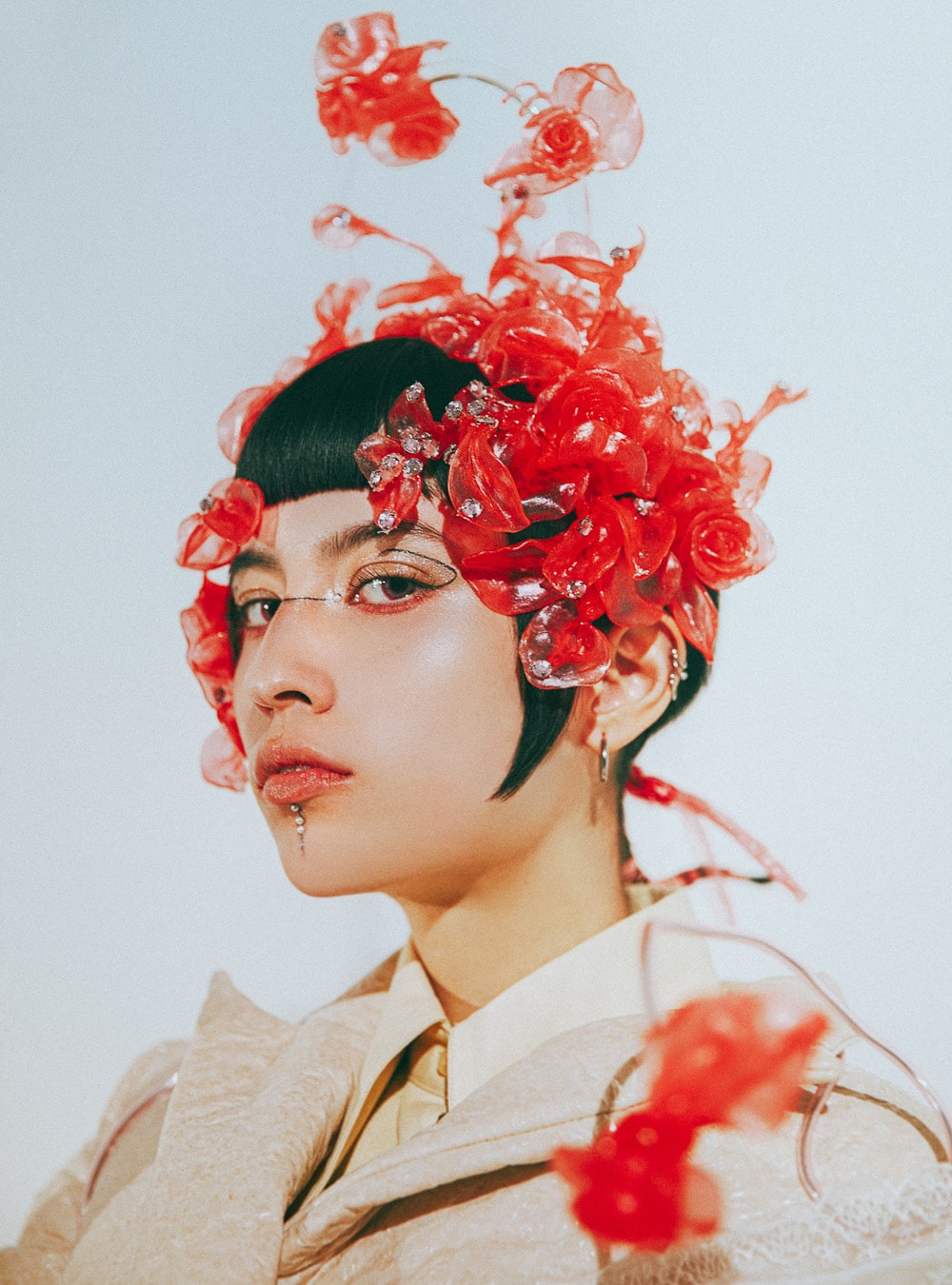 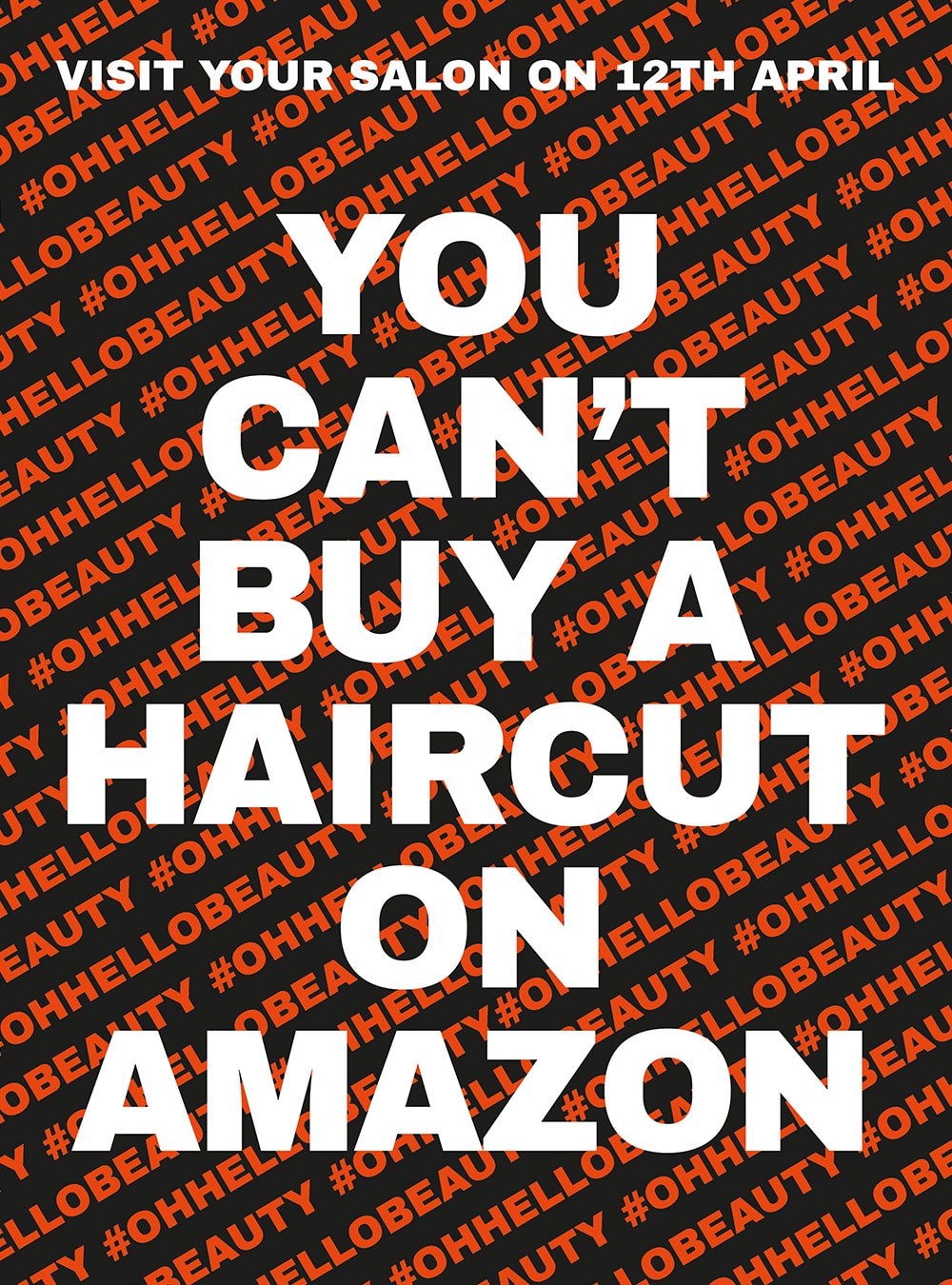 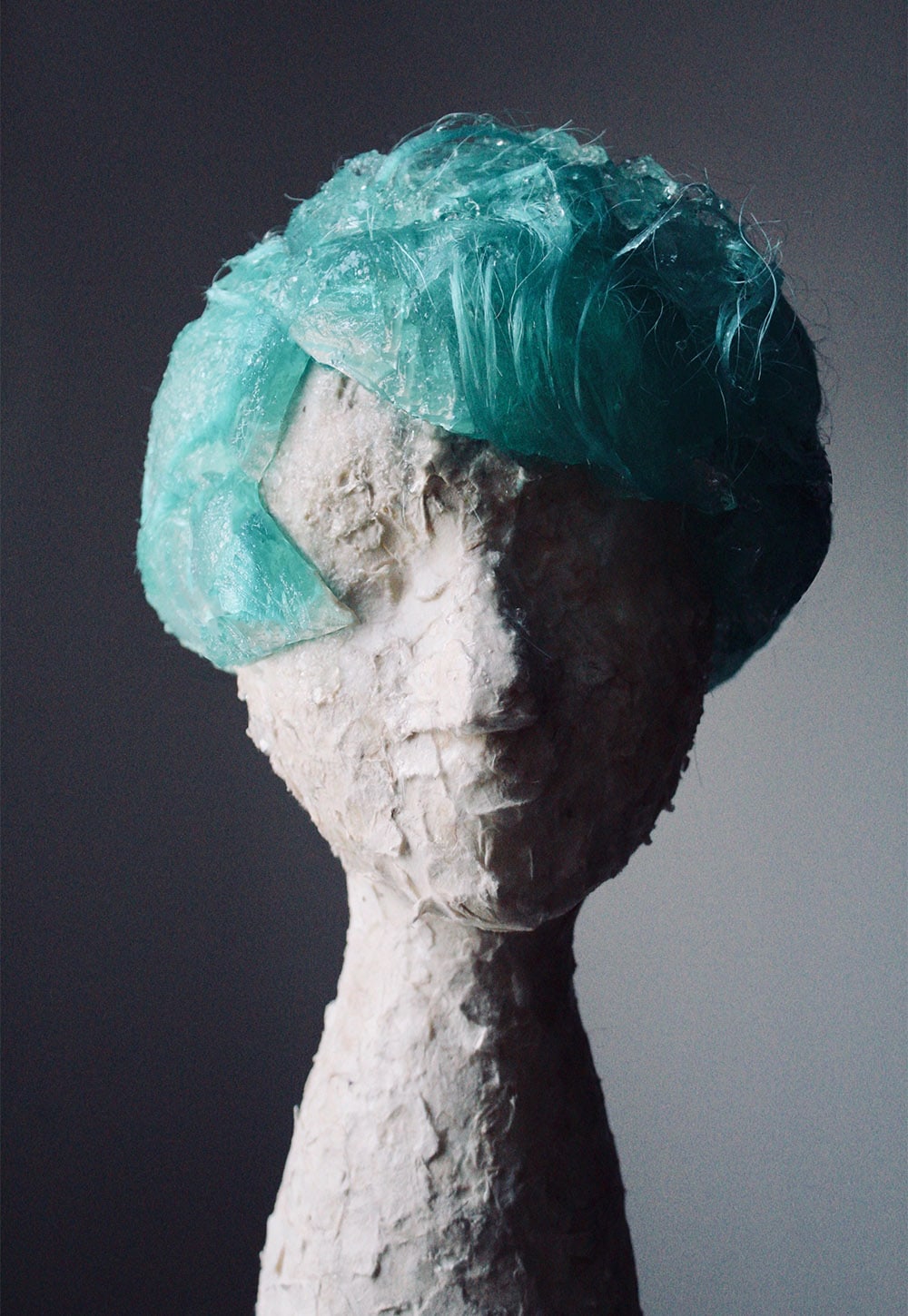 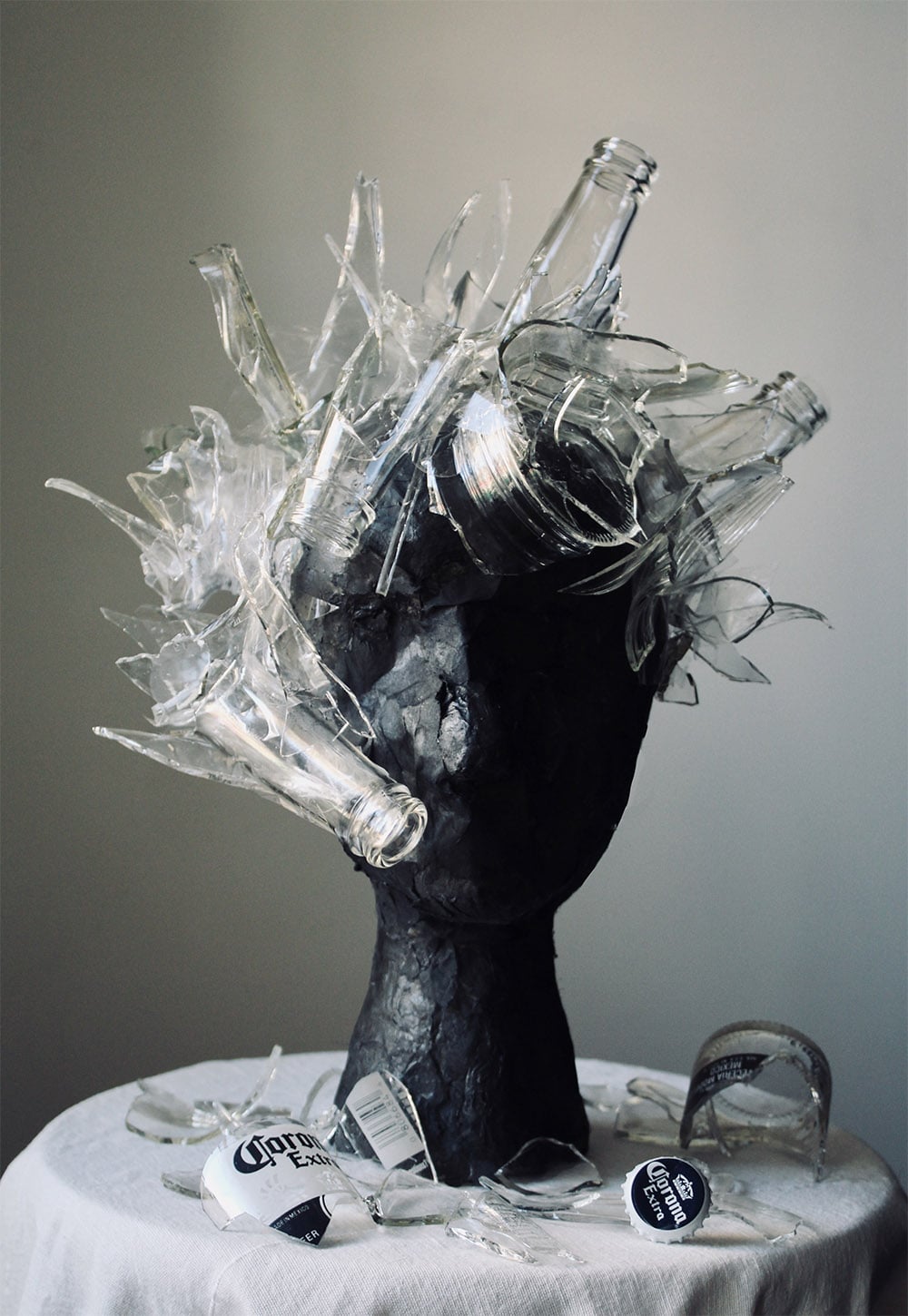 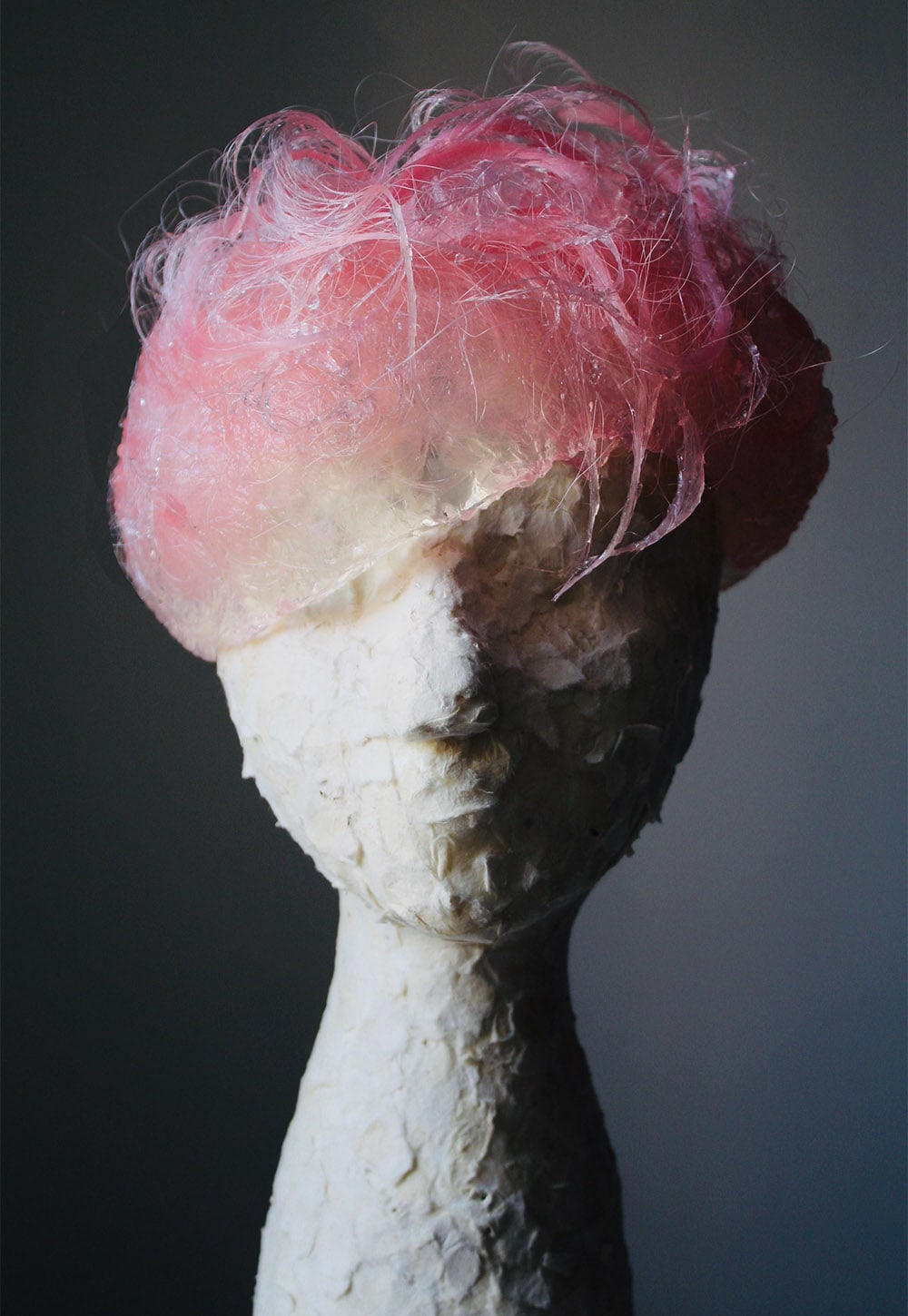 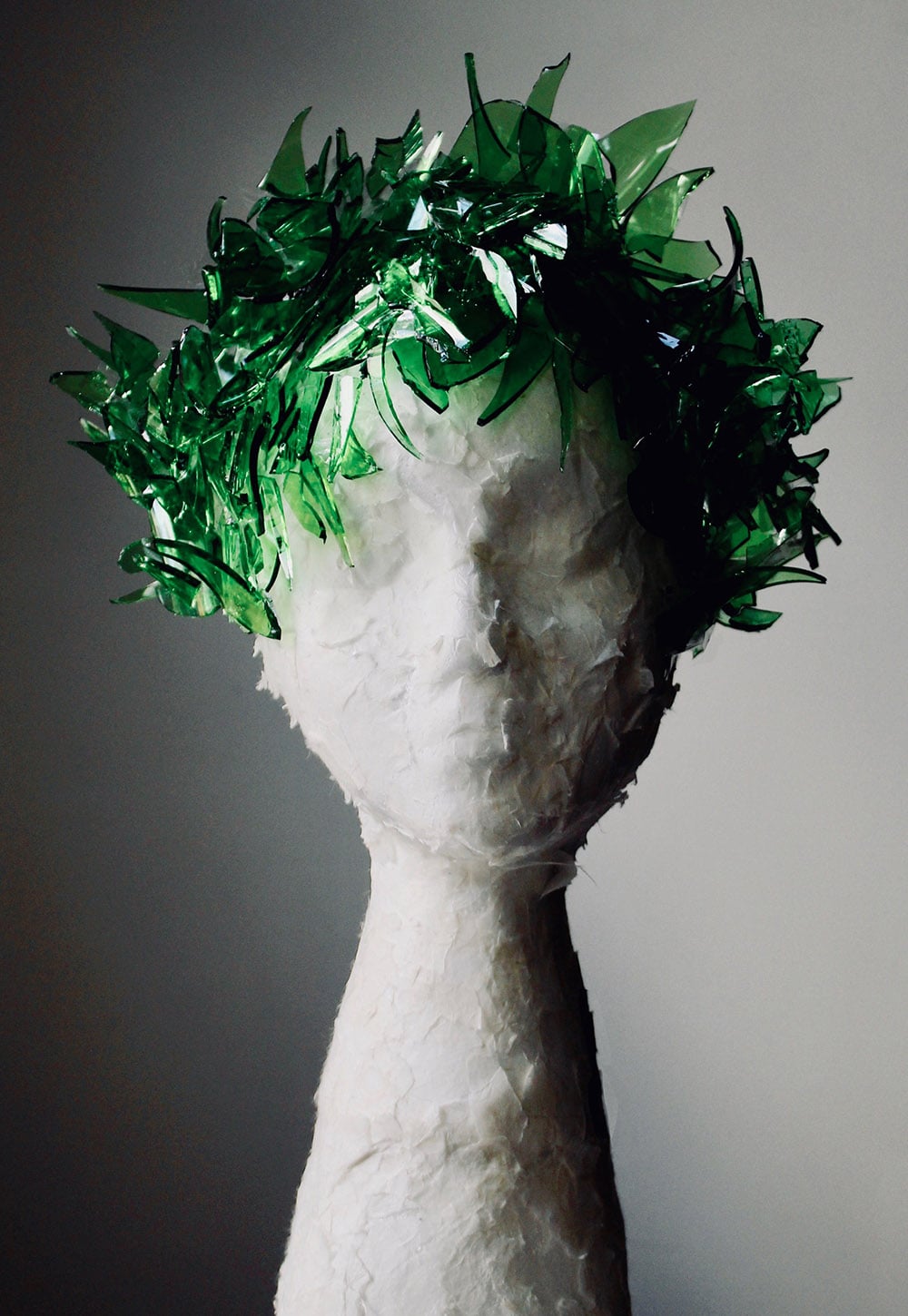 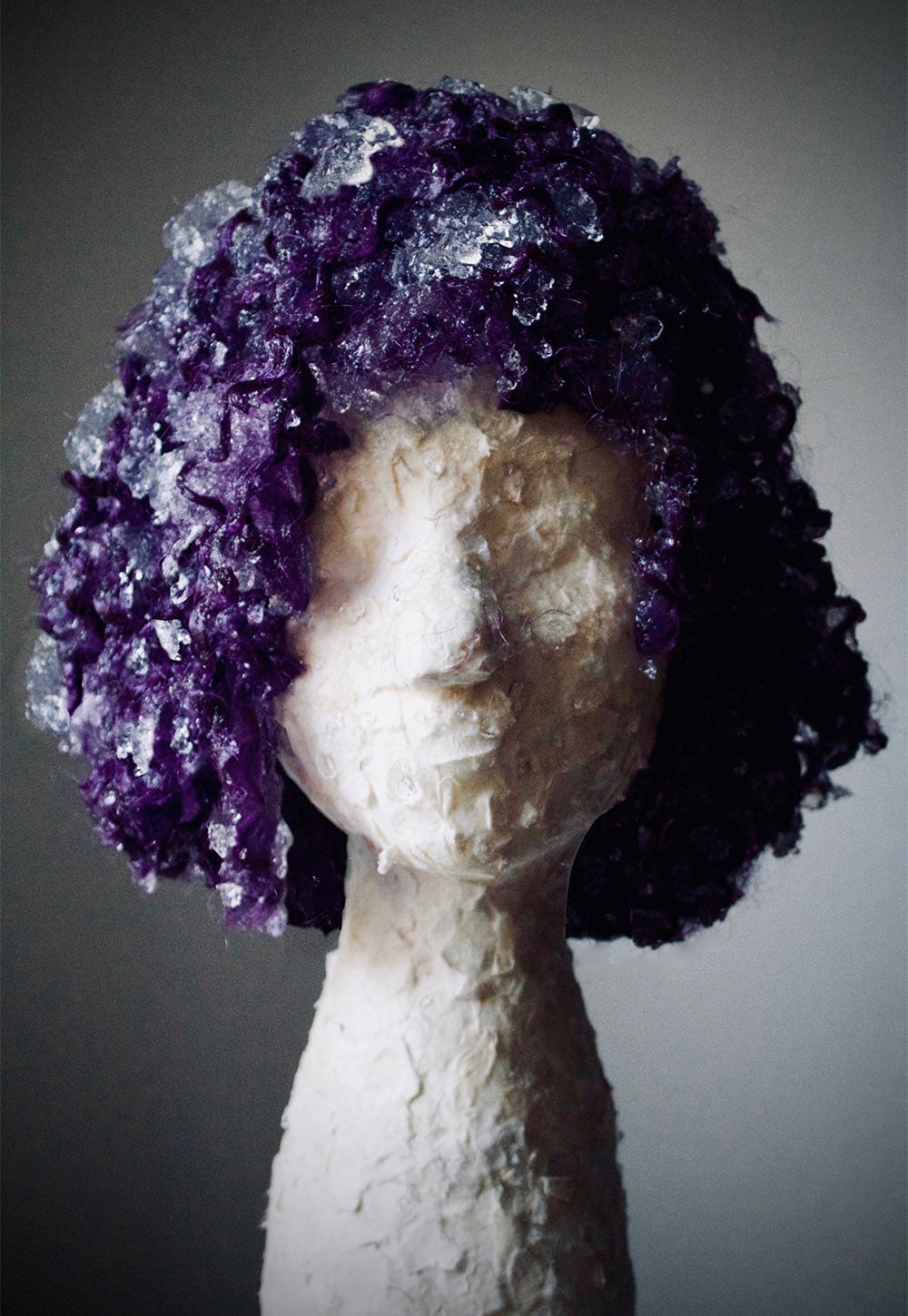 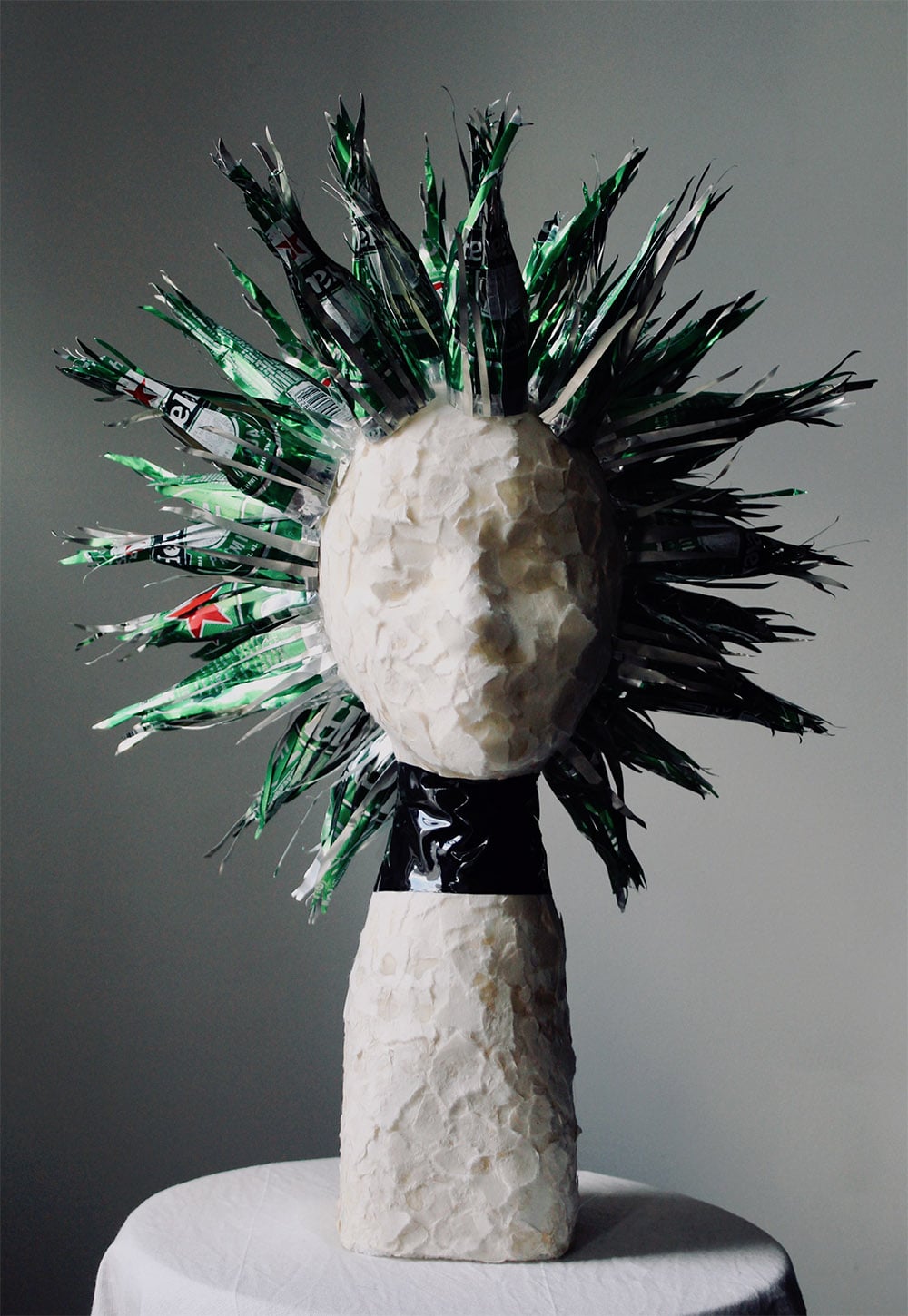 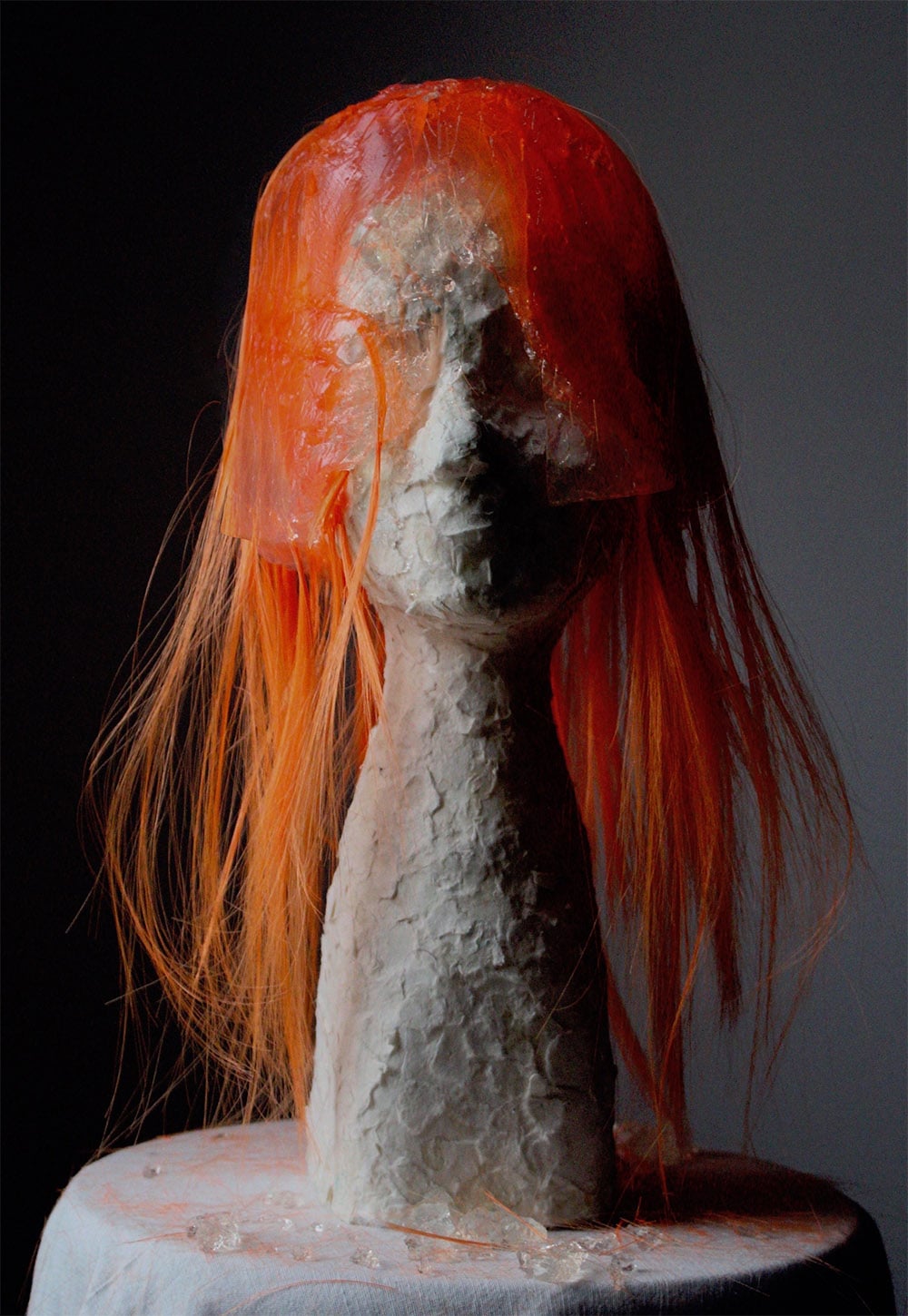 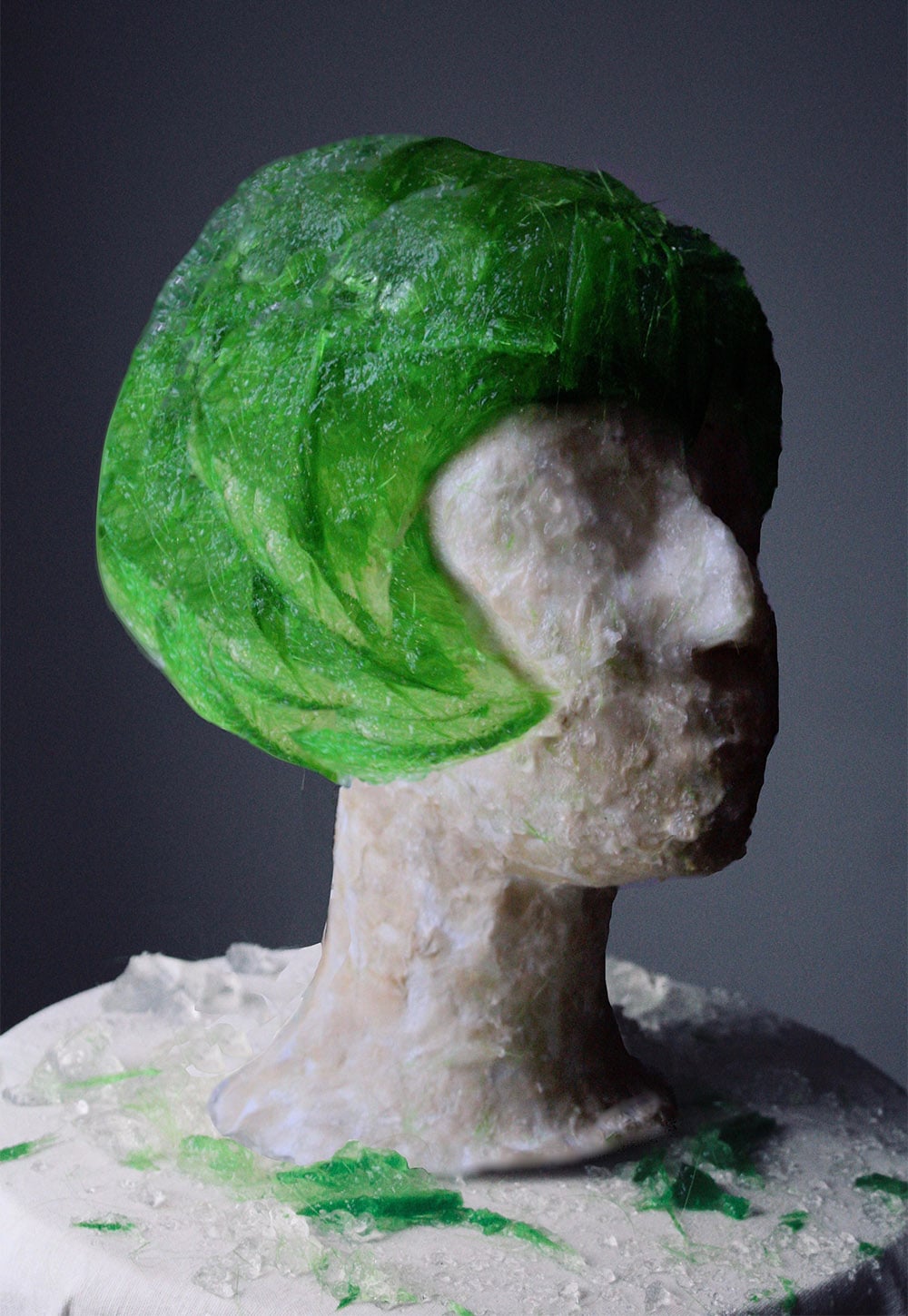 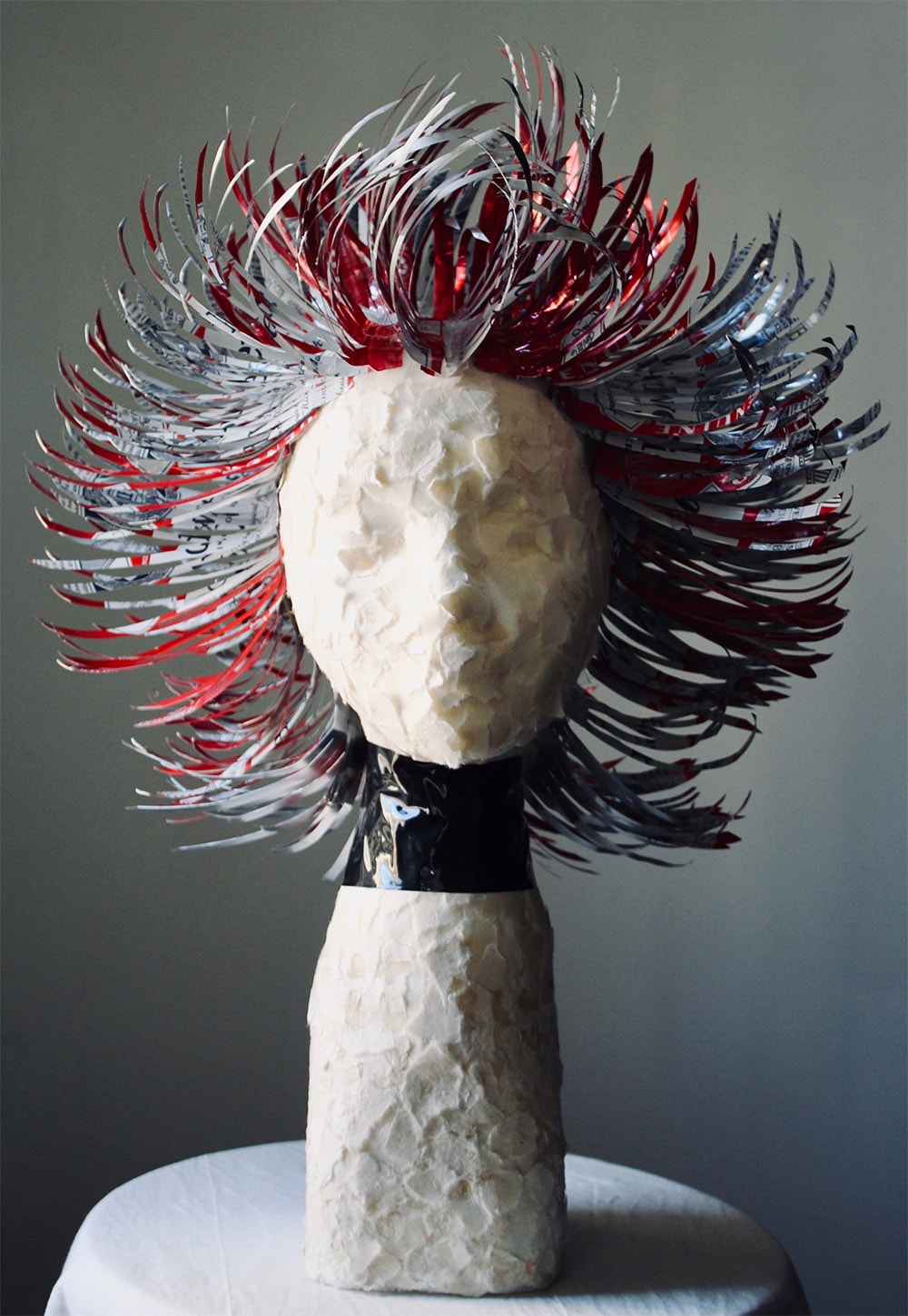 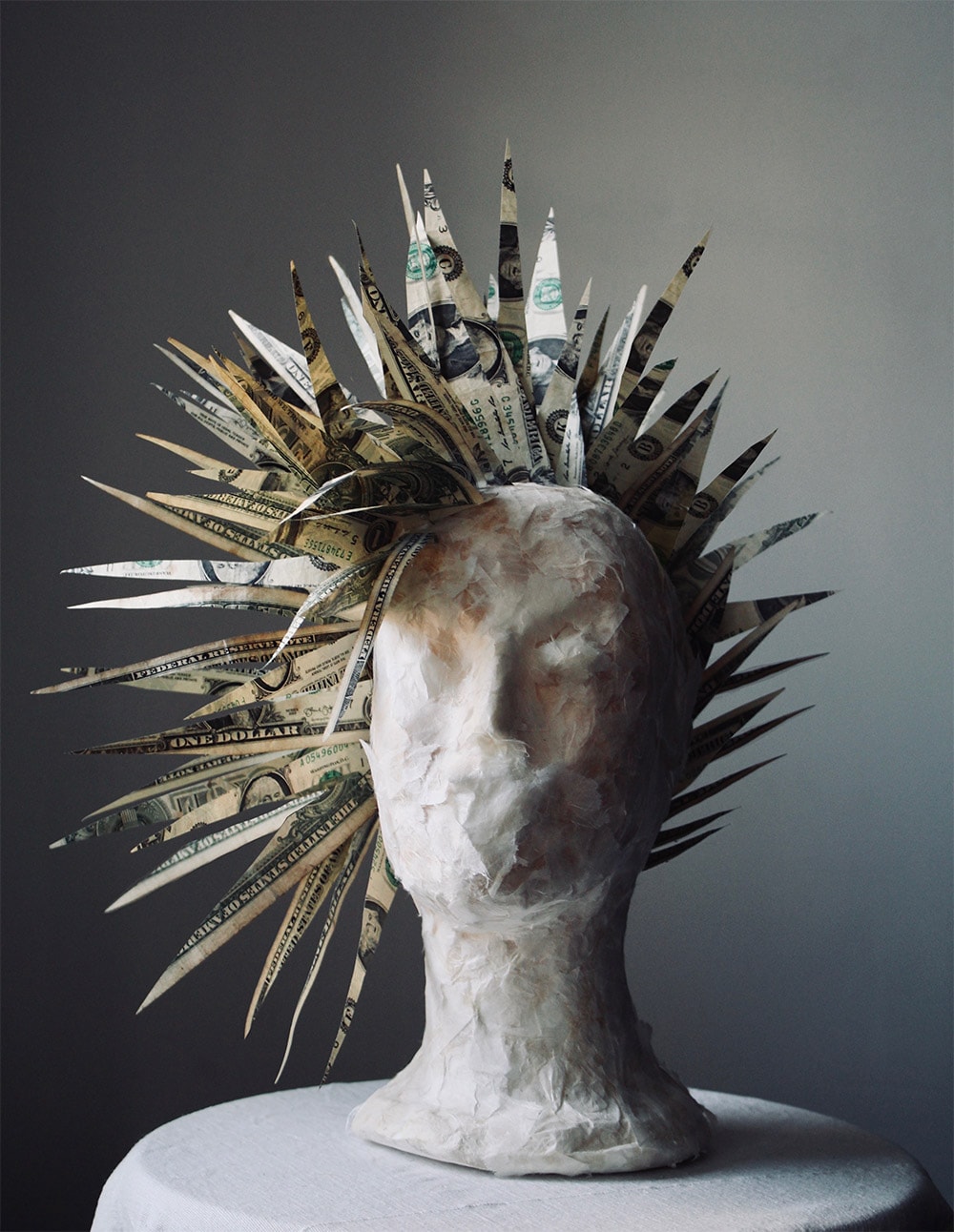 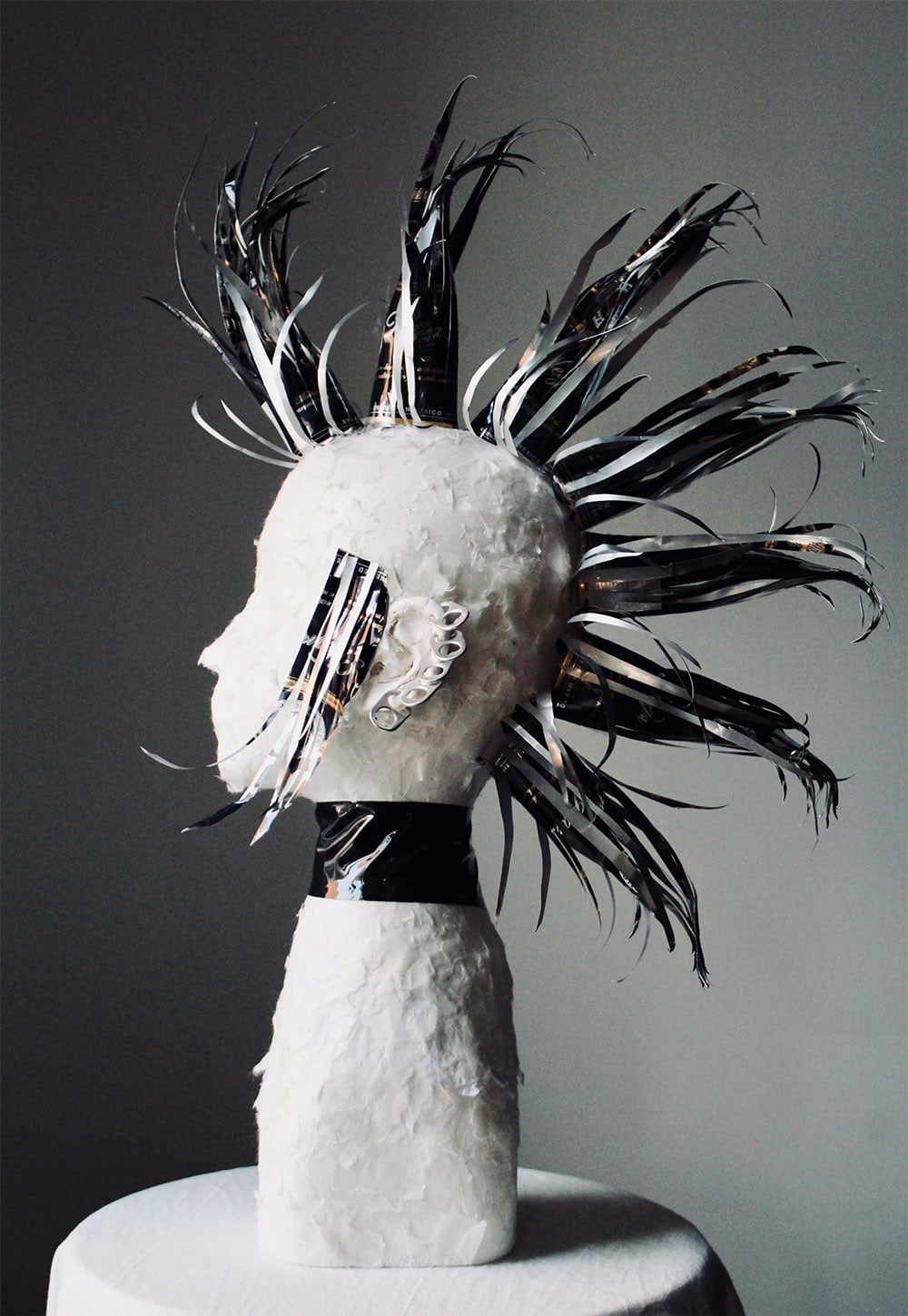 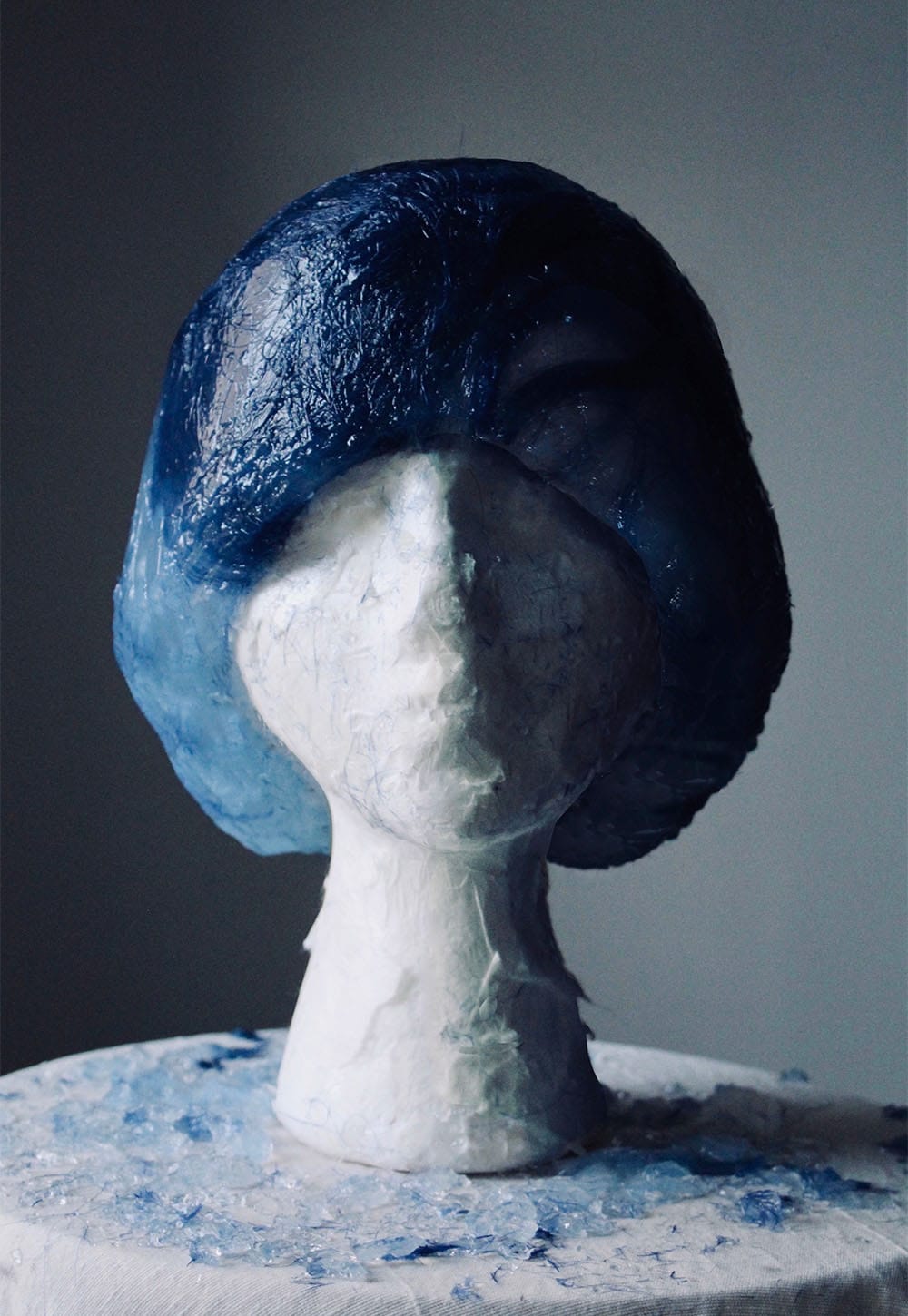 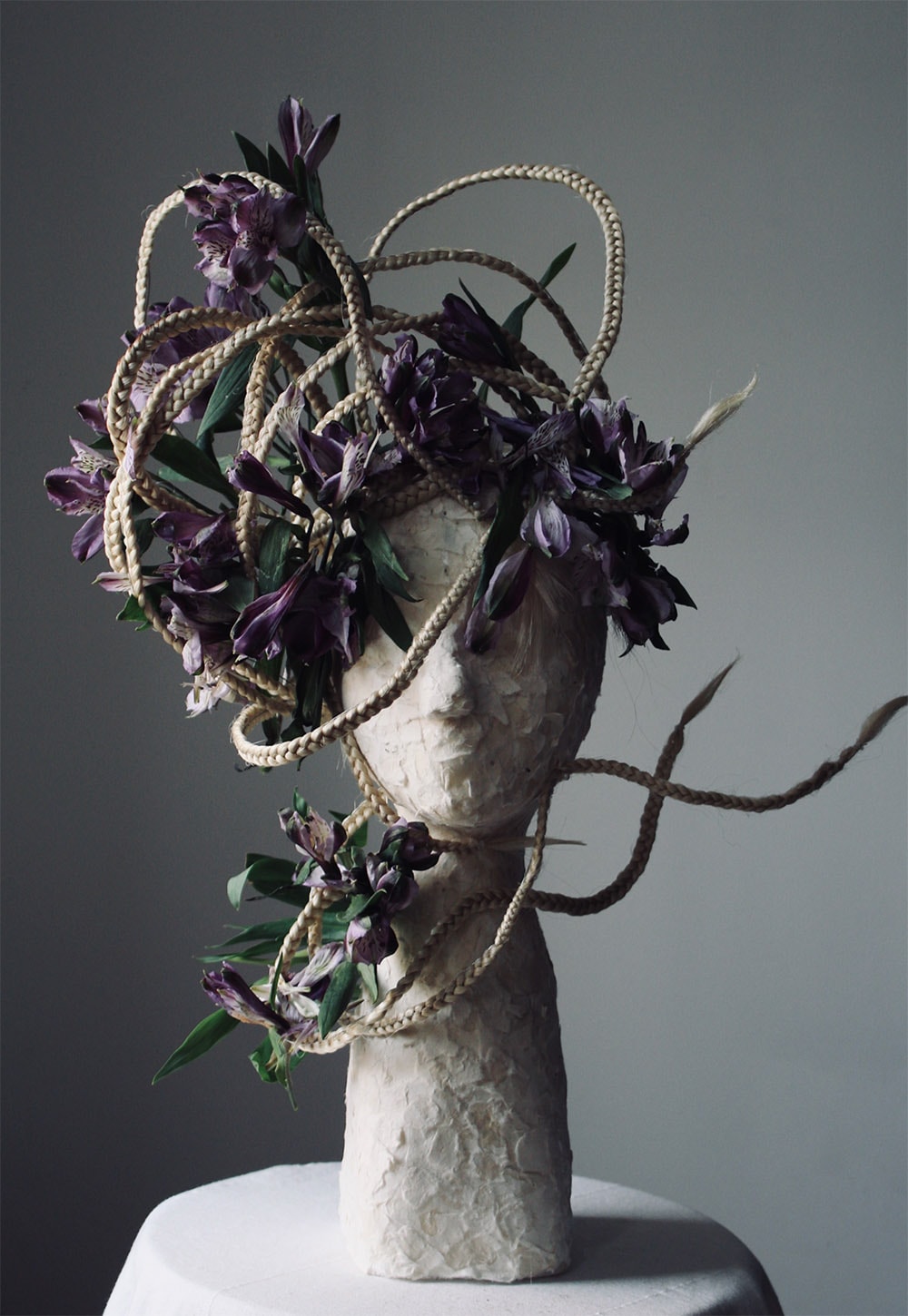 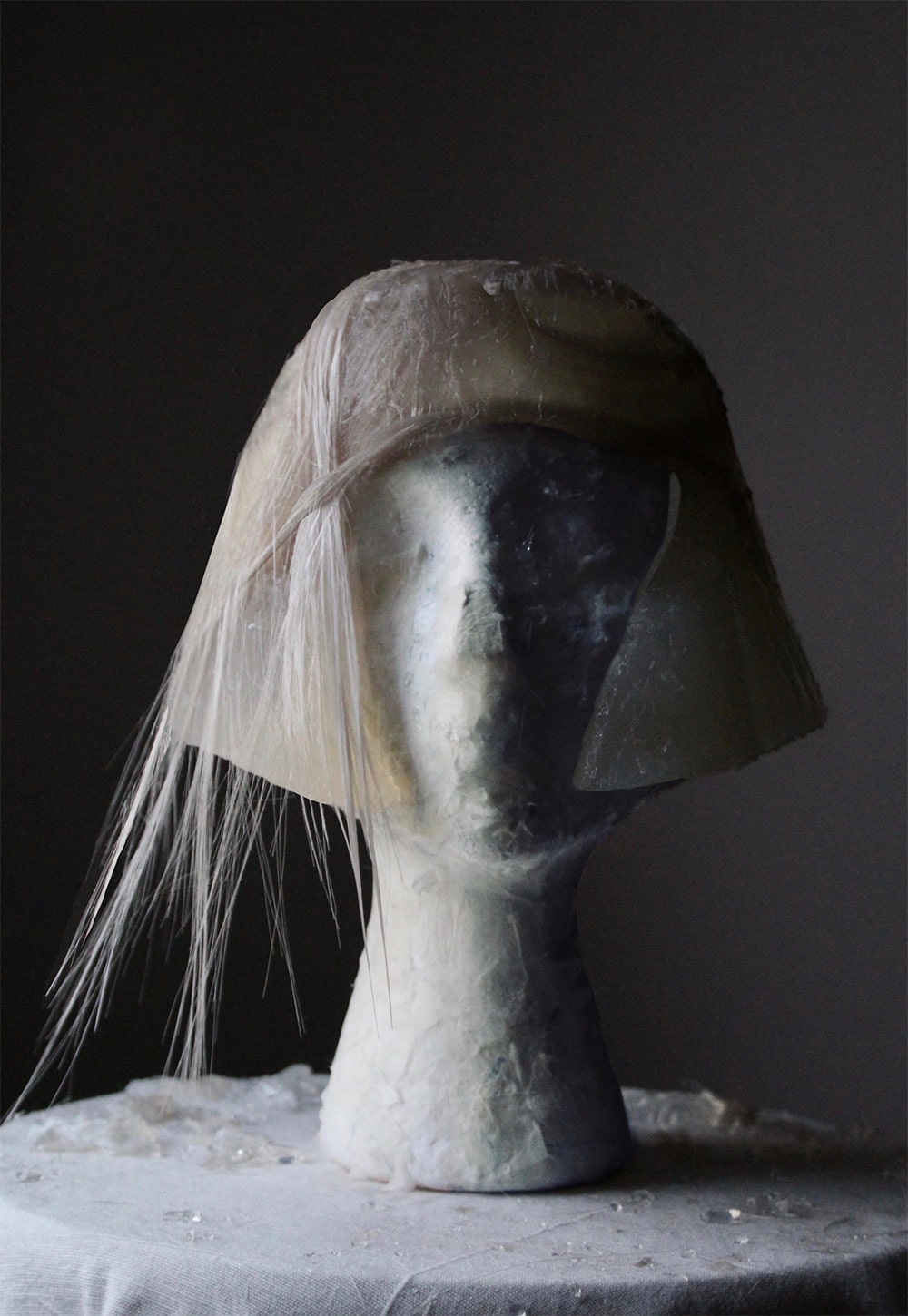 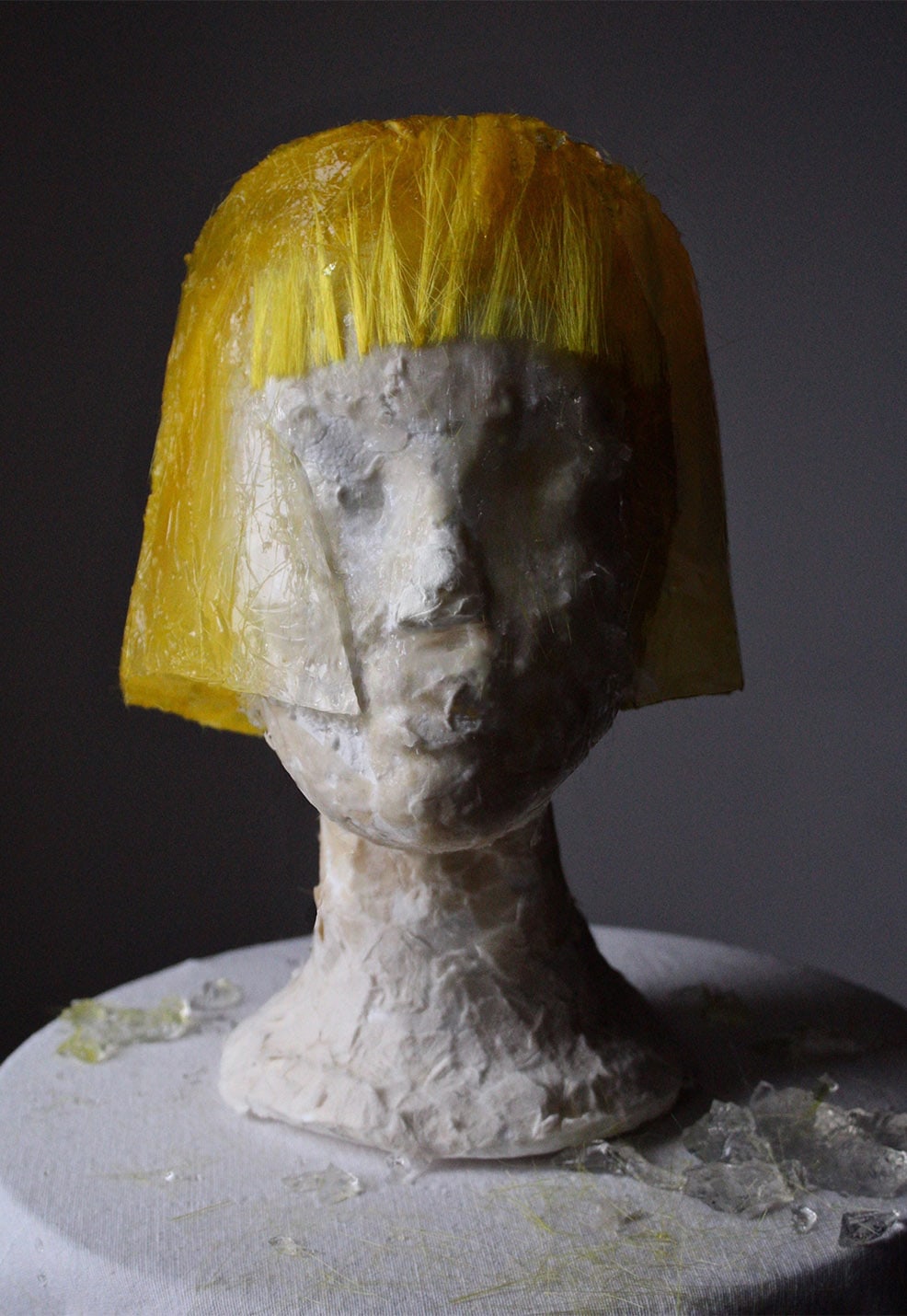