PEOPLE: INFRINGE meets Raffaele Mollica, a trailblazing wigmaker who has been in the industry for over 40 years 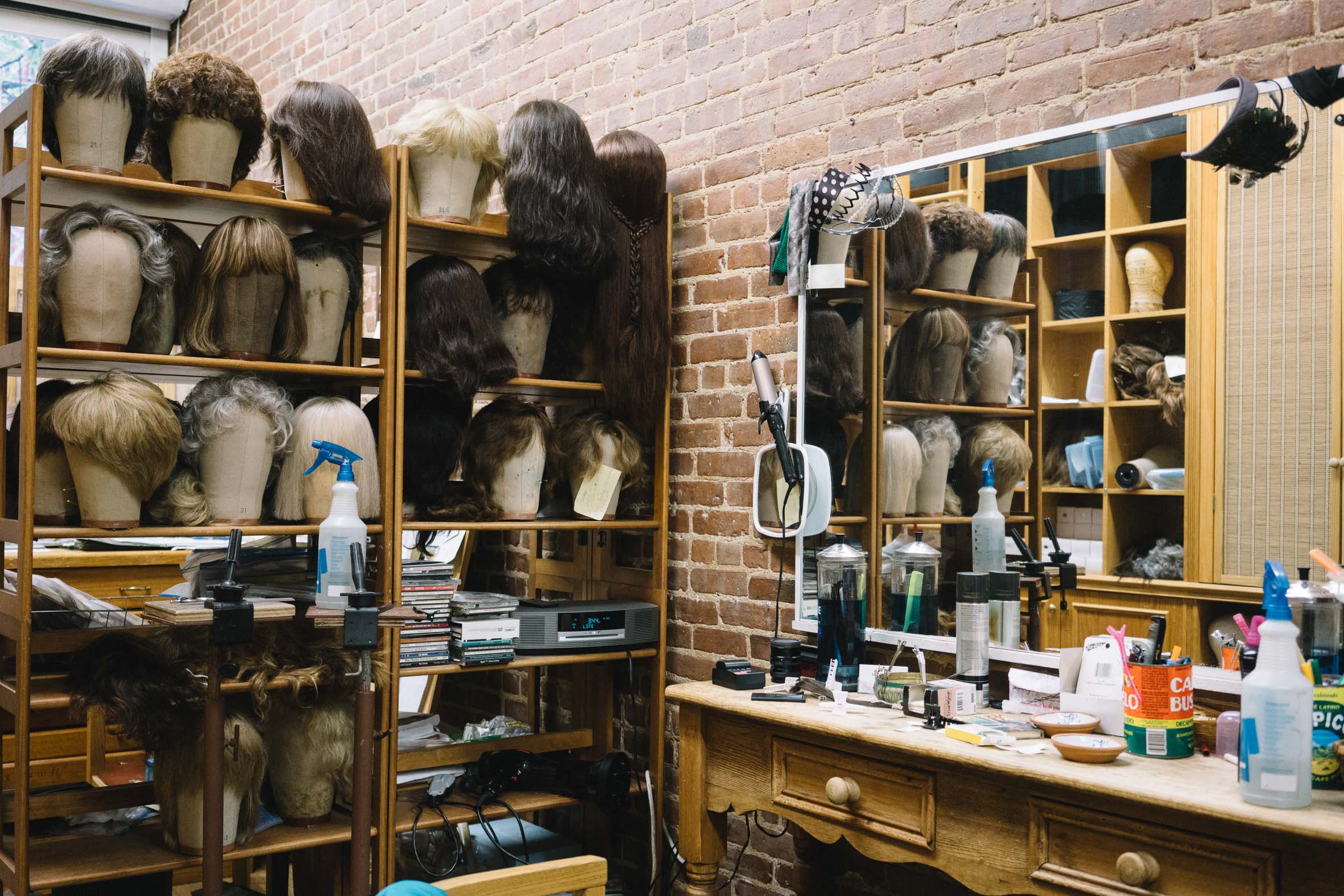 Passionate, opinionated and sharply funny, wigmaker Raffaele Mollica – or ‘Ralf’ as he is affectionately known by his long-term clients – has a distinctly no-nonsense approach to his craft. On the day of our visit, he was highly animated, pacing around his 84th Street studio, pausing here and there to show us a half-finished wig or share an amusing anecdote. Considered by many to be the best custom wigmaker in New York City, Mollica’s creations are frequently featured on the stage, on television and in publications including Vogue and The New York Times. Specialising in high-end handmade wigs crafted from human hair, every wig is painstakingly constructed, strand-by-strand, by his small and dedicated team.

Born in Sicily, Mollica’s family emigrated to New York in 1956. His first foray into hair was a job at his uncle’s Madison Avenue salon. In his role as a hairdresser, Mollica struggled with what he saw as a façade he had to play along with in order to get work, “I’d have to say – ‘I’ll cut it short’ or ‘I’m going to give you highlights’, because if not, where’s my fee? So if I’m a hairdresser and I want to make a fee, I have to invent bullshit. As soon as I realised that’s what I’d have to do, I wanted to quit. So I started to go nuts with the wigs instead.”

Once he started wig making, Mollica started to see a disconnect between the synthetic wigs that were around and those which could pass for the real thing, and set out to create a wig which truly mimicked a living head of hair. “I was bitching and complaining that the wigs that were made available to me were horrible, I thought, what can I do to make this wig respond to me as a hairdresser? The wig has to have a scalp! I was the first one to do that.”

As his reputation grew Mollica attracted the attention of Vidal Sassoon, who brought him in as an in-house wigmaker. He later moved to Elizabeth Arden before launch his own studio in 1975. The move was triggered largely by the fact that he’d become increasingly involved with creating wigs for the people he saw as needing them the most – those who had lost their hair for medical reasons such as chemotherapy. This change in focus spelled the end of his time at Elizabeth Arden, “they didn’t want to turn the 5th Avenue Salon into a hospital” Mollica says, “so I packed up and left”.

Now based in his own studio in Manhattan’s Upper East Side, Mollica and his team continue their work. Bar a few wigs for the stage and commissions for the orthodox Jewish community, his focus remains mainly on wigs for clients suffering from medically-induced hair loss.

Musing on the future of wigmaking as a profession, Mollica describes it as a dying art. “The wig thing is so contradictory,” he says, “you’ve got to turn a profit, it’s theatrical, and it’s religious… it’s insane!” 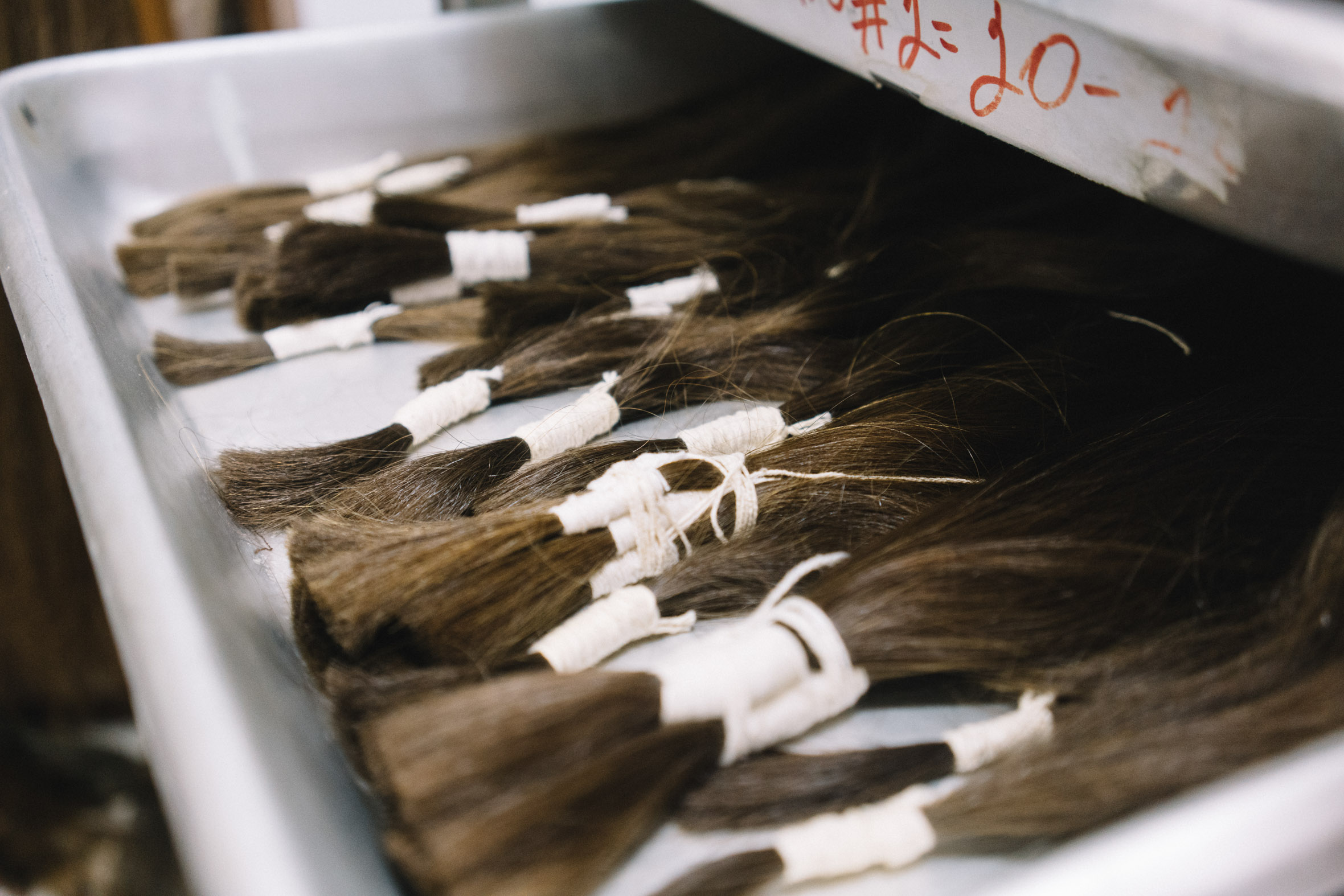 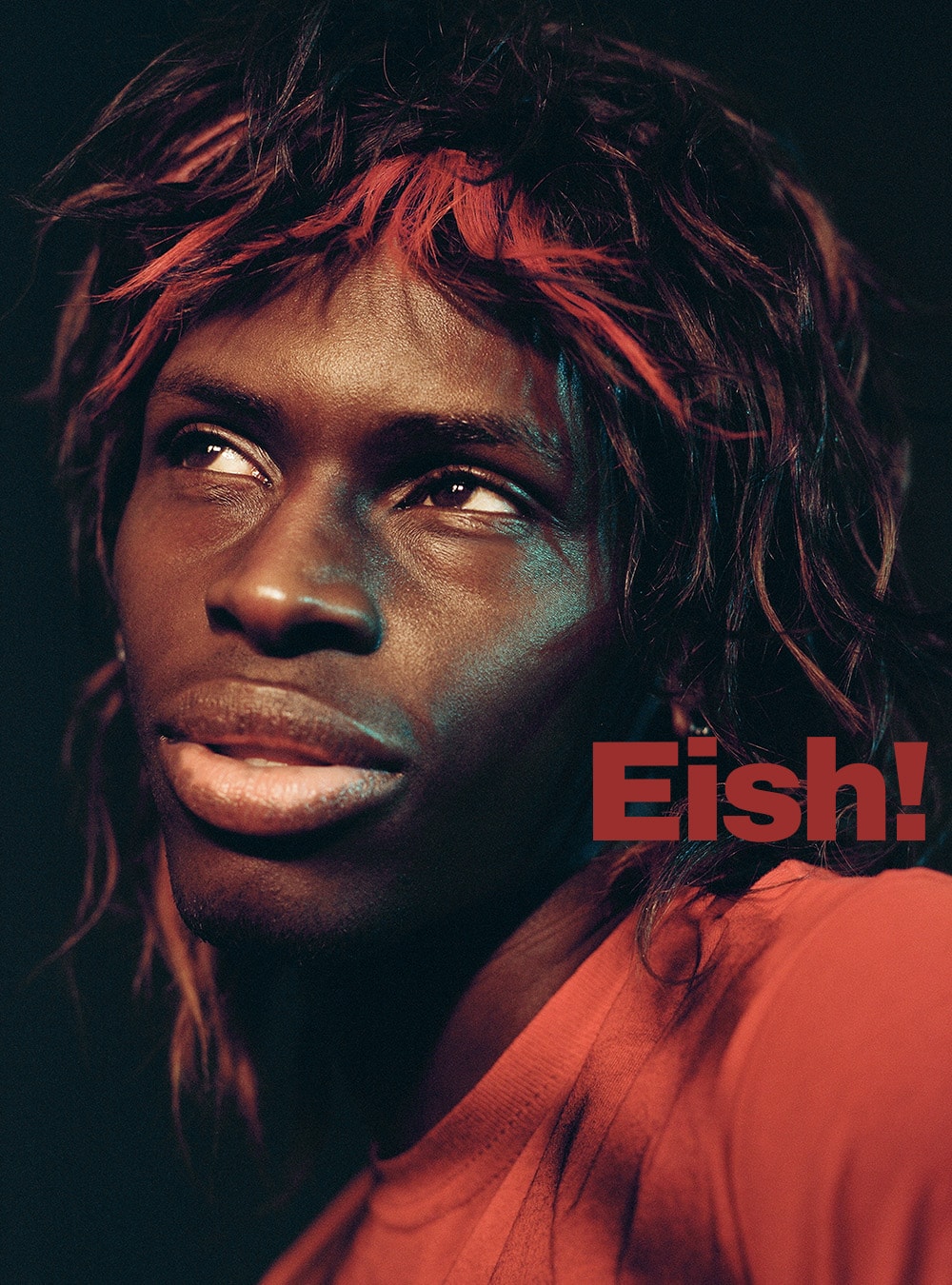 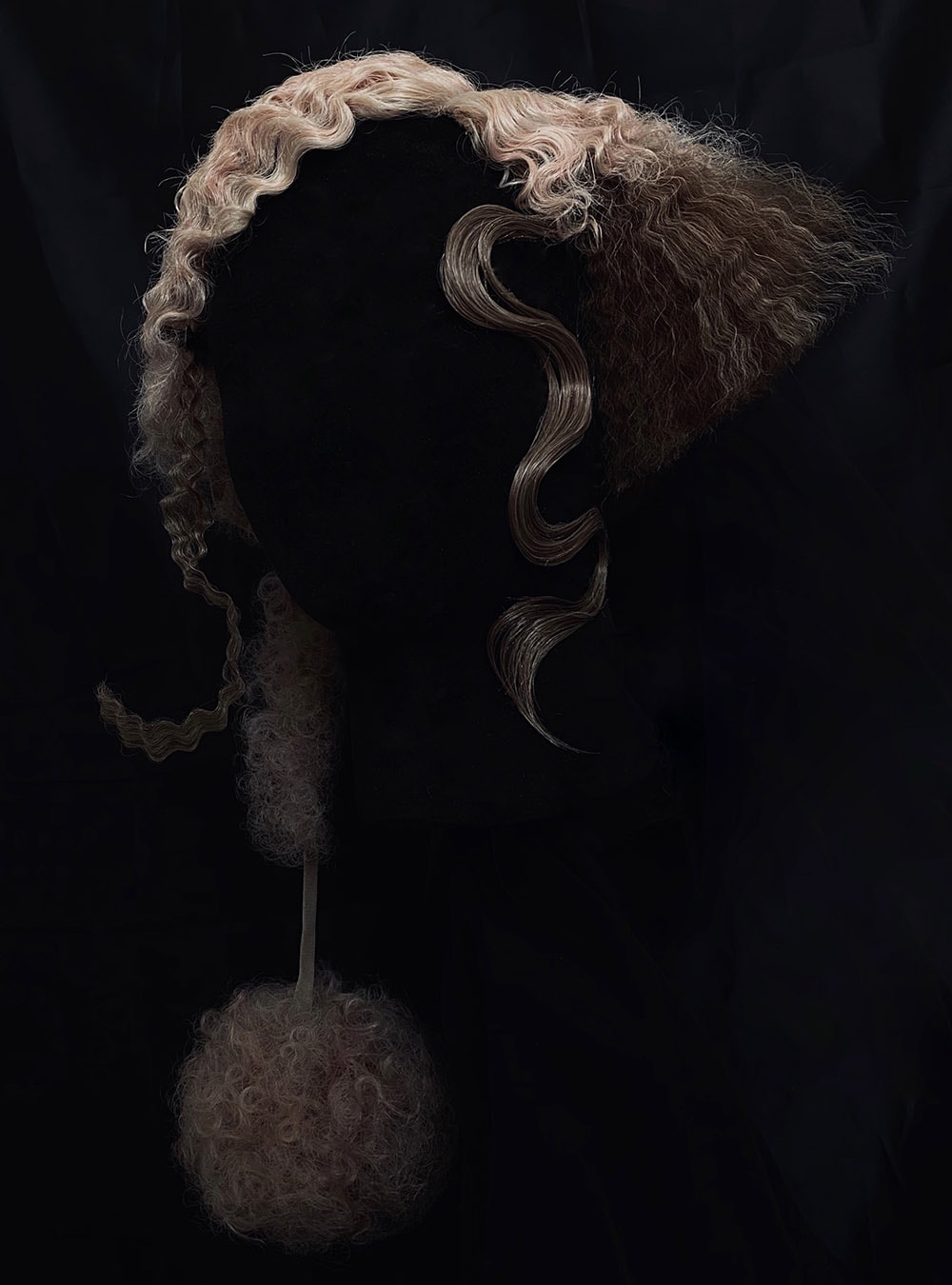 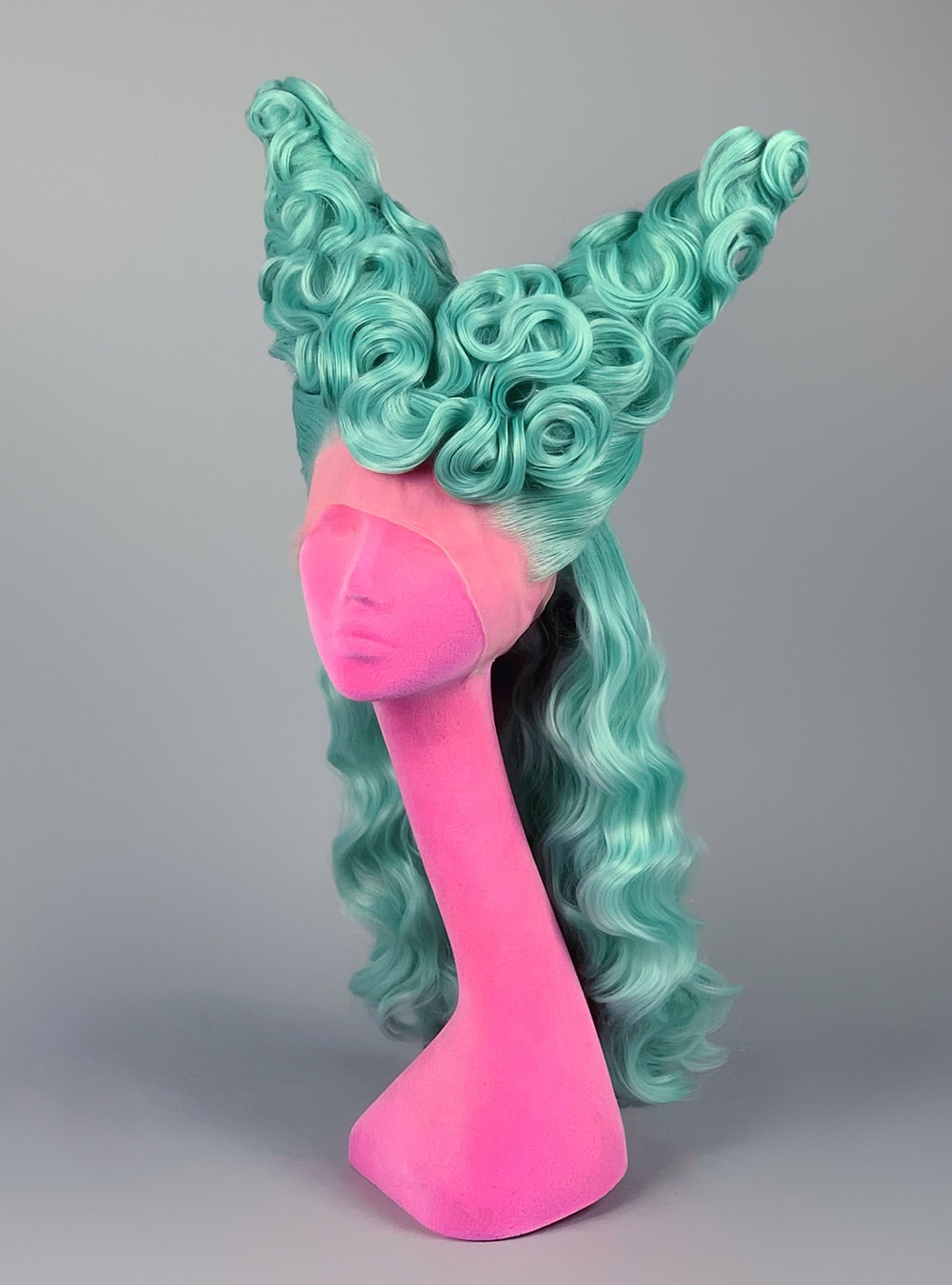 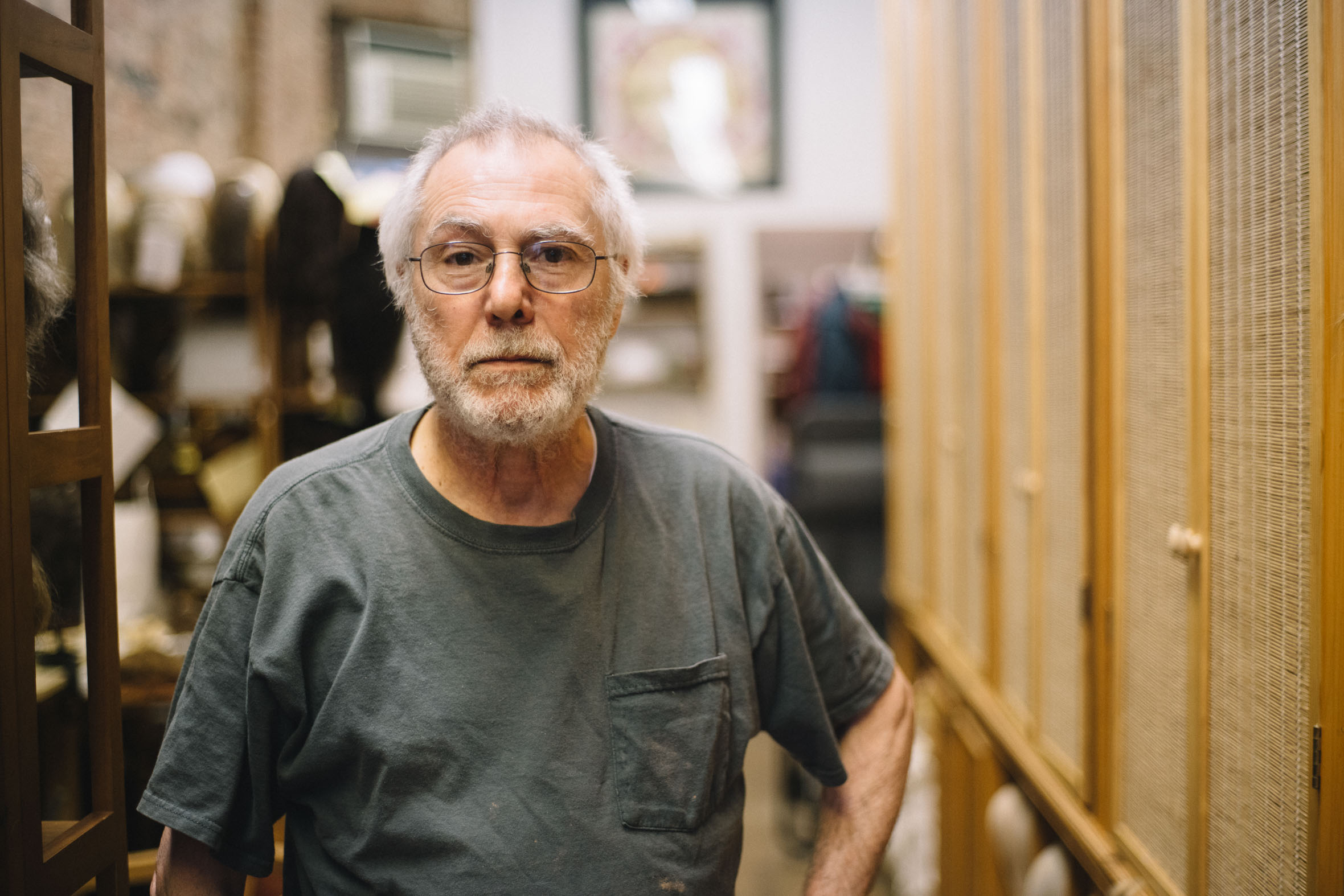 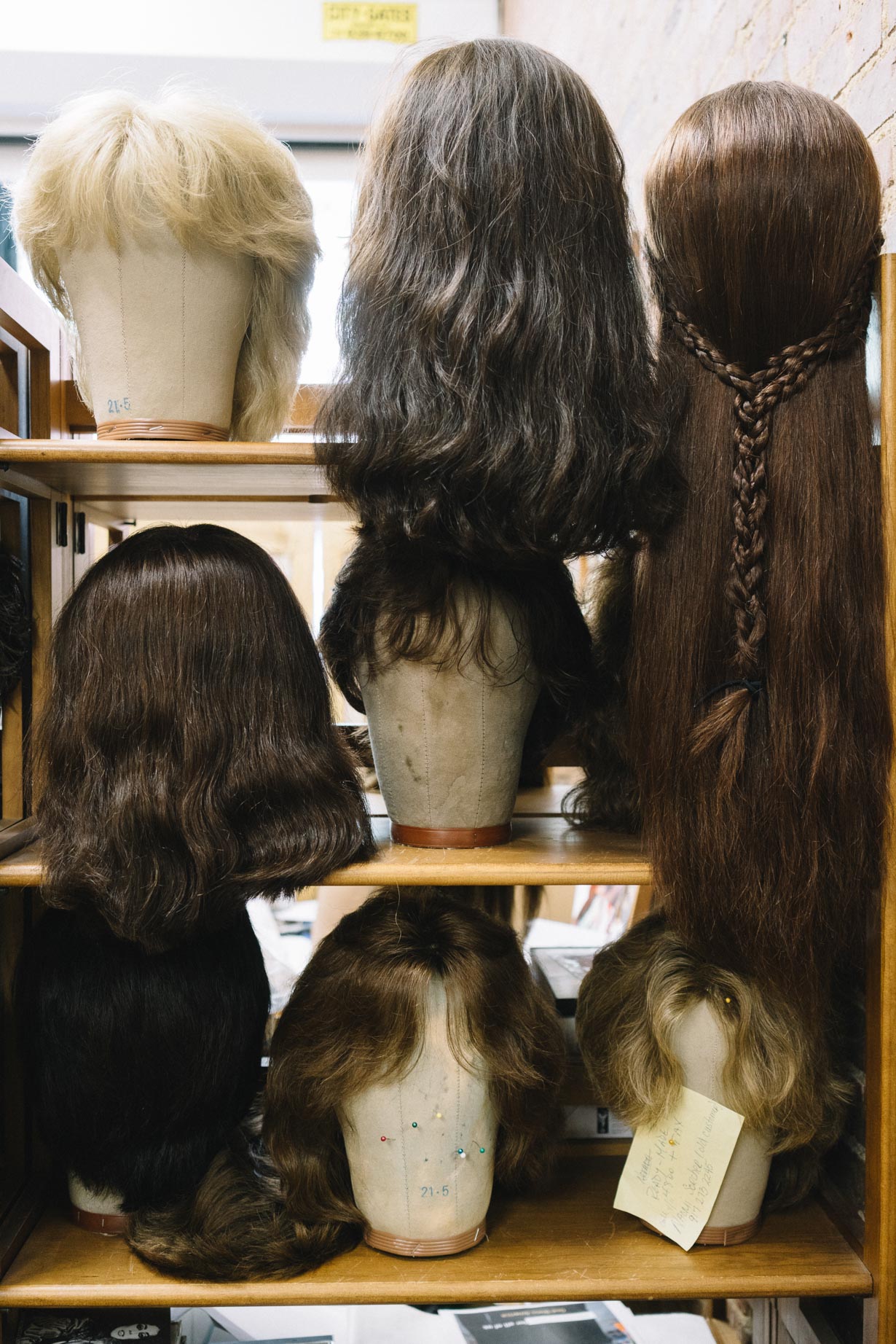 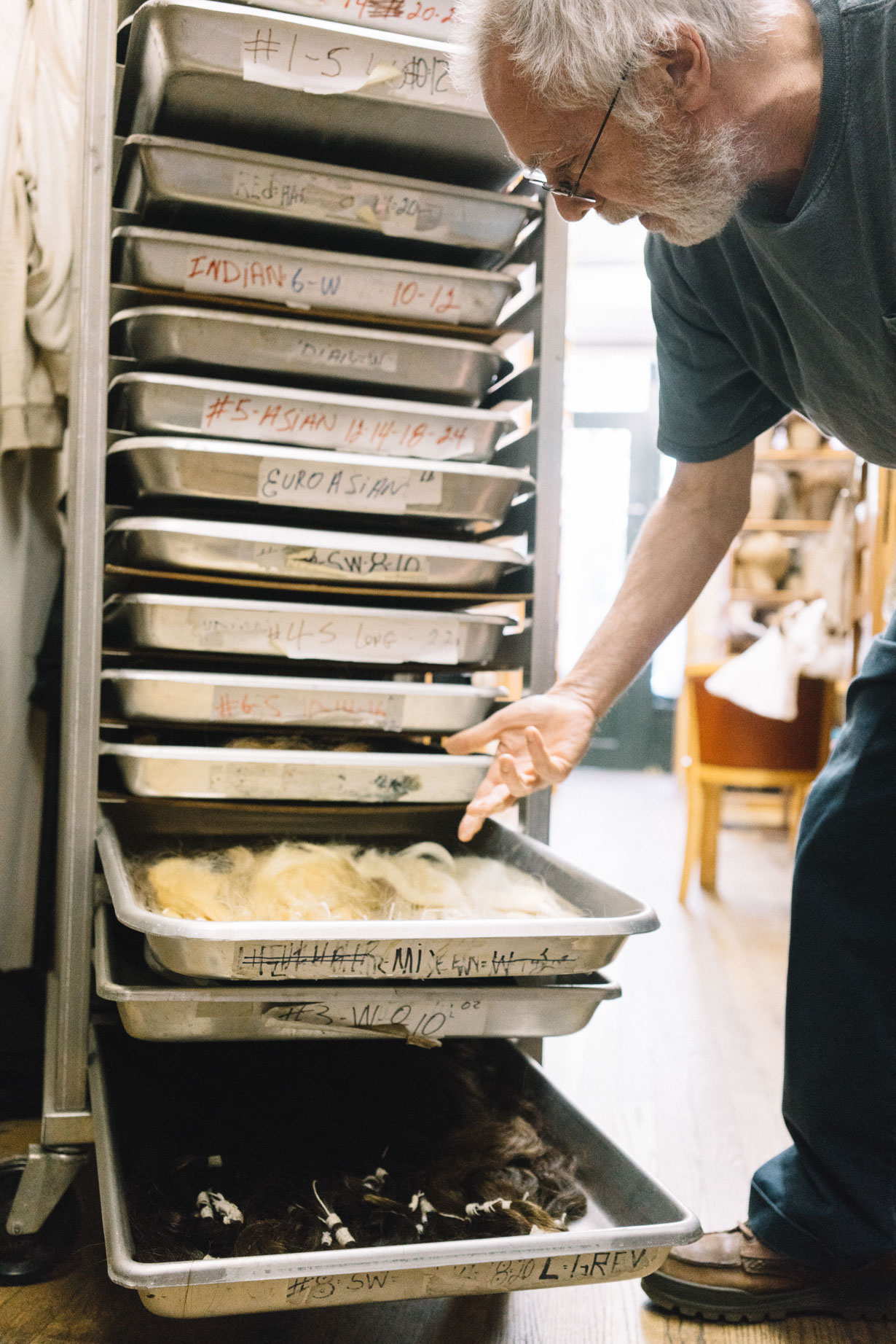 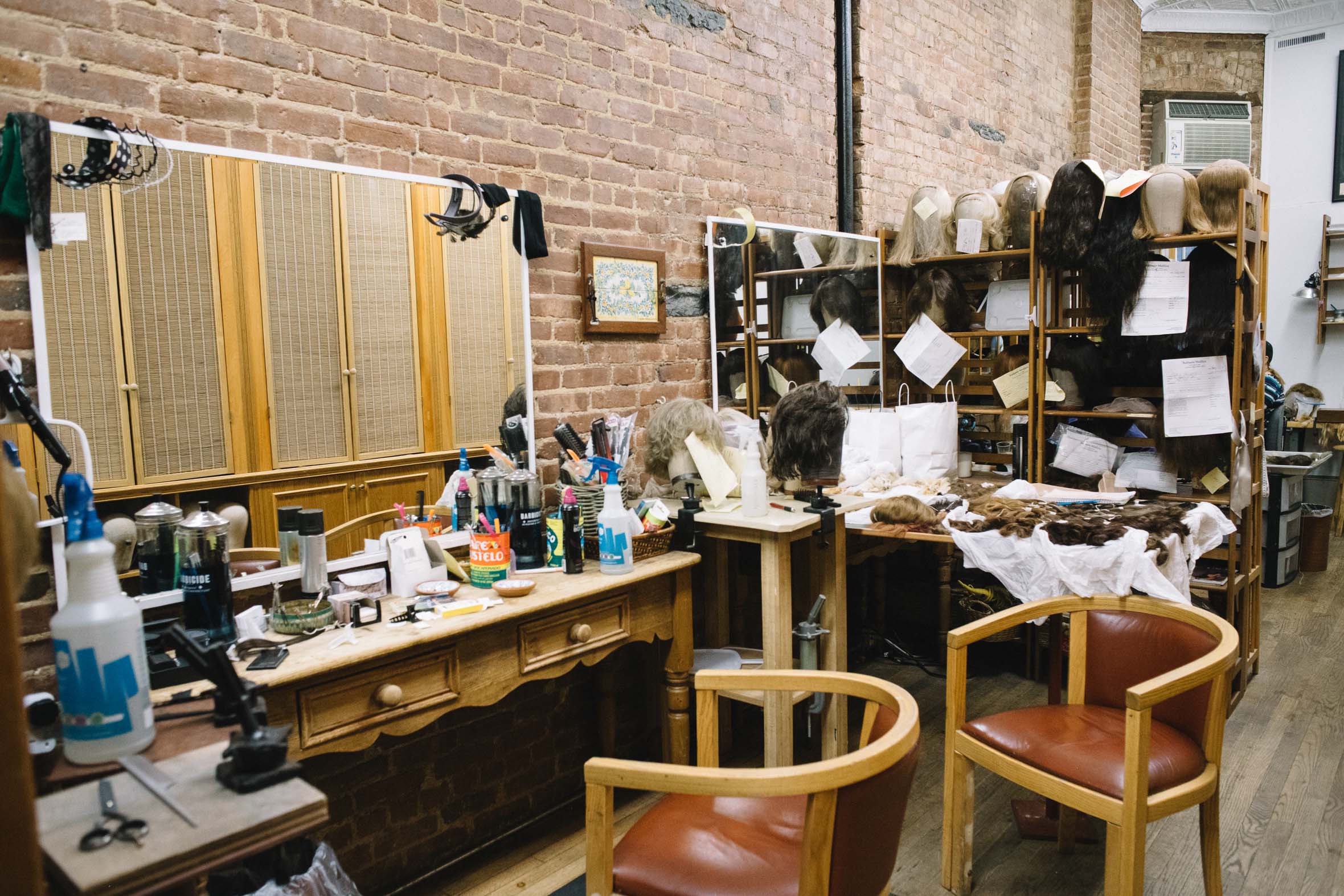 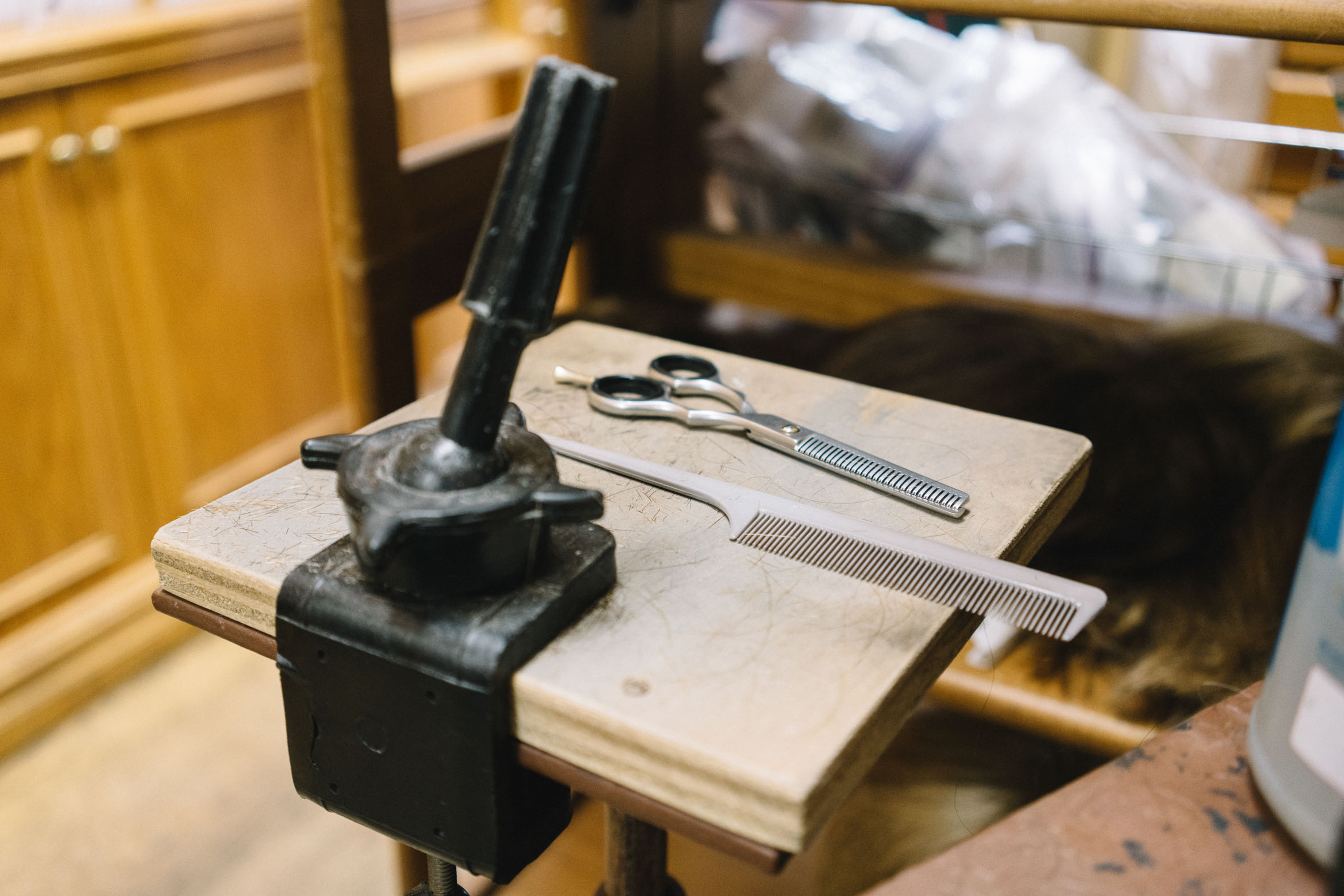 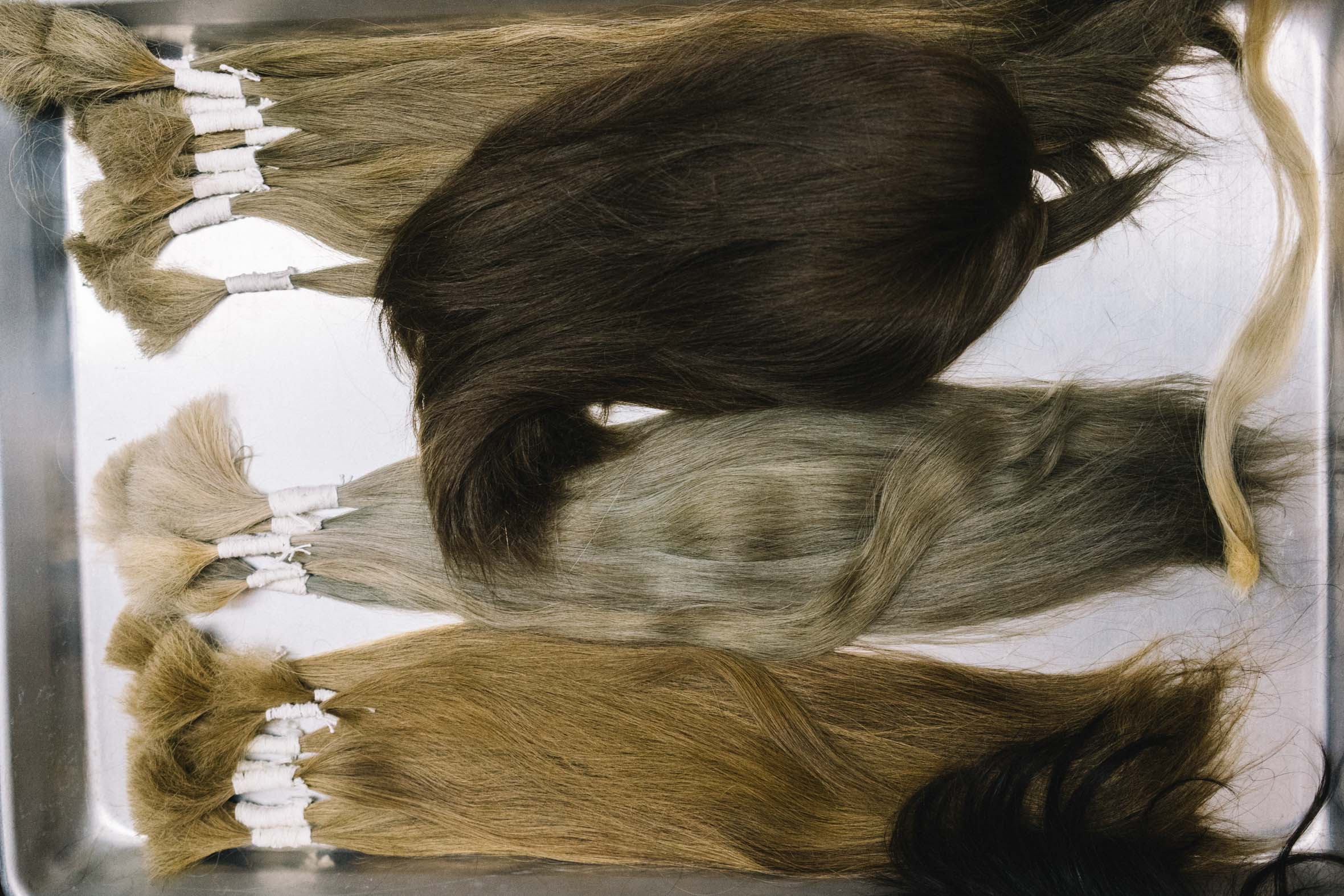