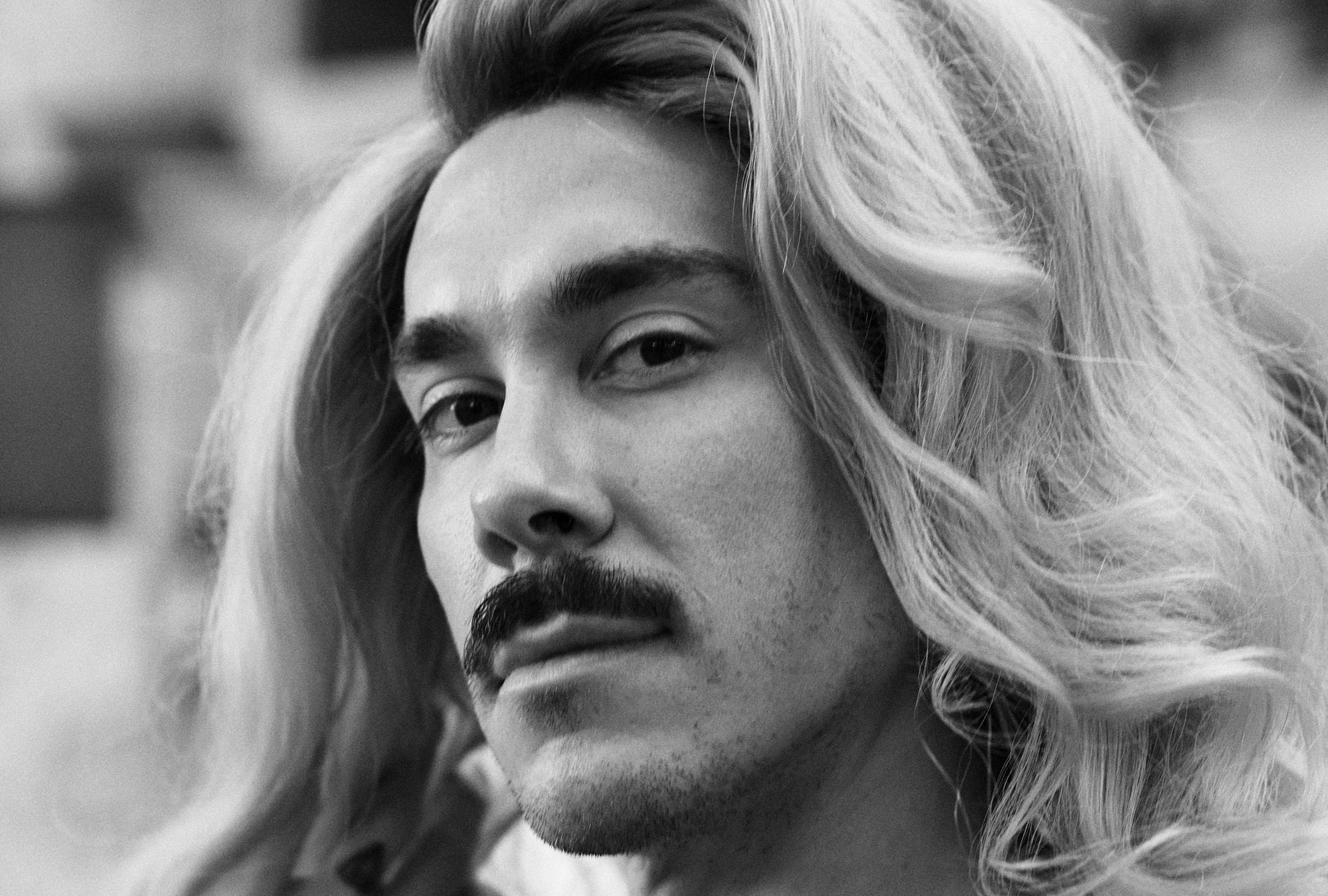 PEOPLE: Mary Fix captures William Scott Blair modelling his lockdown wigs as the two discuss how the pandemic has impacted their jobs and creativity

Hairstylist William Scott Blair and photographer Mary Fix share a good laugh as Blair gets into an assortment of wigs and channels their corresponding characters. The two creatives use the opportunity to examine their personal experiences of lockdown and the effects it has had on their creativity and workflow.

Describe 2020 in relation to the way you create.
WSB: This is quite the question. I think 2020 was really dark and solitary for all of us at points. There was a month or so I didn’t touch hair at all towards the beginning just to get my barring of this new world we’ve found ourselves in. It felt frivolous to create with the severity of what has happening in NYC at the time. Once that had subsided a bit I went the opposite direction and just started making things to create in reaction to what was happening. I made headpieces out of newspaper headlines from the BLM protests in June which is a perfect example of this reactionary creation. When you approached me about shooting wigs on myself, it felt right cause I found myself gravitating towards work that made me laugh as a reaction to all the darkness that we went through up until that point. Being able to do this with you was so funny, especially the character development of who I thought these people were. Now when I am working I am more inclined to lean into the joy and to use hair as a tool for me to heal myself from 2020. They say laughter is the best medicine!

MF: I agree! It really is. 2020 definitely changed the way I create. I had to find new ways of shooting early in the pandemic when we couldn’t work in person with teams. My initial reaction in March was to dive head first into exploring both virtual shoots and self portraits. Once things started to slowly open up, I approached you about a socially distanced wig shoot and I’m so happy that we were able to make it happen. I think it was exactly what I was craving, creation and a really good laugh.

Has it changed your perspective on your craft?
WSB: Absolutely. As hairdressers, we really have the power to heal and help people self-actualise. I think before the pandemic I was beginning to forget that a bit and it really puts everything into perspective when you aren’t able to even touch people without fear permeating the minds of both parties involved in the exchange. Because of this, I think the intention with my work has shifted from mostly being visual to more of a balance with visual and emotional. It’s really important to me that my work has a clear point of view and conveys the emotion I intend it to, now more than ever.

MF: It’s really interesting that you say that because I’ve definitely become a better director through this all. Especially with virtual shoots as it’s directing models through a device rather than in person so I feel quite happy to have developed that skill and still be able to convey the emotion I intend in the resulting photograph or video.

Understudy to Divine as Edna Turnblad in the original hairspray. That's her claim to fame and she finds a way bring it up in almost every conversation.
Share

Where are you gaining inspiration these days as opposed to at the beginning of the pandemic?
WSB: Because I’ve been alone more often than not, I think a lot of the chatter of outside influence on my work has subsided and the work I’m creating now feels the most authentic to my point of view than it ever has. I feel more free to just create for the sake of making something without pressure of a deadline diminishing the joy I get from doing hair. That being said, my core inspiration for doing hair the way I do hasn’t changed much. I’m very interested in the social anthropology of hair. Why does someone wear their hair the way they do based on who they are, where they live/what time period, and other external factors. That’s why this project with you was so enjoyable for me! I really go to dissect who these women were and created based on a character.

MF: I actually feel quite the opposite in terms of I’m finding a lot of inspiration recently working with other artists, such as you, and creating projects together we wouldn’t have thought of before, such as you being the subject and bringing these characters to life! It has been inspiring to challenge what beauty and fashion shoots look like through the confinements of being in a global pandemic. It’s forced me to get creative and think outside the box a bit more.

Your mum's best friend who let you take sips of her vodka martinis when you came over. Sells Mary Kay and loves the gays. Never married.
Share

Logistically, has lockdown changed the way you create?
WSB: Well yes, because 99% of the time my job is done on another person. So logistically, it’s forced me to conceptualise ideas much more in advance and be less spontaneous. I’ve been sketching all my ideas and am beginning to build and sew a lot of my own wigs now to add to my library of pieces I could use in the future. When this is all over I’m gonna have so much fun stuff to put on people!

MF: I was able to work with talent across the world, shooting remotely for clients such as Tatler Hong Kong and Victoria Beckham Beauty, with talent spanning from Indonesia, Australia, the Philippines, Canada, Germany, and all across the US. On the other side of this, it has left me craving for collaboration with other artists who are so skilled at things I can never do – like the sculpting you do with wigs. This project was really exciting just to be able to create again with others! I’m happy we are slowly able to shoot again in person, safely, because collaboration is the beauty of our industry.

Salon client who couldn’t decide between bangs, a bob, and long hair so she got them all 'cause the customer is always right. (duh)
Share

What have you learned about yourself during this past year as an artist?
WSB: I’ve learned to really listen to myself and to create on my own terms. I also learned not to take myself so seriously. Doing hair is not walking a child through nature for the first time. It’s not saving lives. It’s supposed to be fun! It’s supposed to heal and bring people joy. At the end of the day, it’s all a shampoo away from being nothing, which to me, is the best part of it as a medium in the first place.

MF: Amen! I’ve learned to take everything day by day, not plan too far ahead, focus on staying creative and inspired anyway I can.

On a broader scale, what do you think the pandemic has done to the creative industries?
MF: It’s pushed creatives to consider how to be able to create in the pandemic, rather than fight it. Crews are much smaller now, which can be hard depending on the scale of the project; at the same time, it’s nice how intimate shoots are becoming. One downside, however, is that I feel people are asking for a lot more for a lot less than before the pandemic started.

WSB: I also like how intimate creating has felt lately. It just proves that you don’t need 1000 people on set to have a great shoot. I very much agree with the sentiment that people are asking for more for a lot less, I think the industry is feeling the squeeze of the pandemic’s effect on the economy. I hope this doesn’t last!

What does the future of fashion and art look like post-pandemic?
MF: I’m hoping once the vaccines are available widespread we are all back on set having the most fun again, but with the added respect of each other’s boundaries – both mentally and physically – that we’ve had to consider during this past year.

WSB: We love a boundary! I hope that mask wearing is still a courtesy especially if you are sick. I just think it makes sense with all we’ve learned now. On top of this, I truly believe we’re about to go through another “roaring twenties” if you will. Everyone has been cooped up, sexually repressed, and starved for culture. I’m very interested and excited to see an explosion of vibrant art and nightlife post pandemic and how that influences and trickles down to street style and hair. I think more than ever will individuality be a precious commodity and properly exalted after the assimilation of mask wearing and wide social distancing practices. But only time will tell! 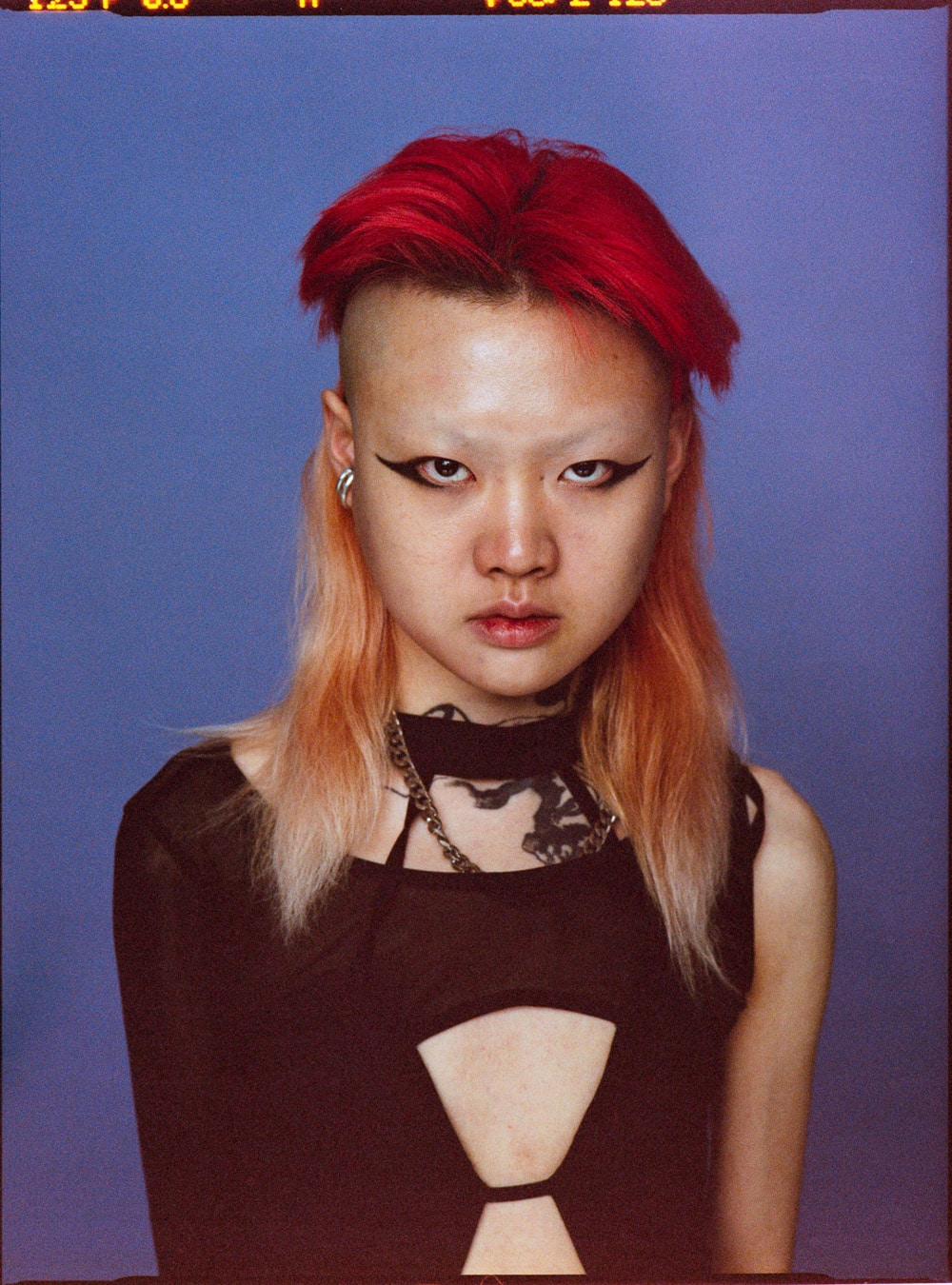 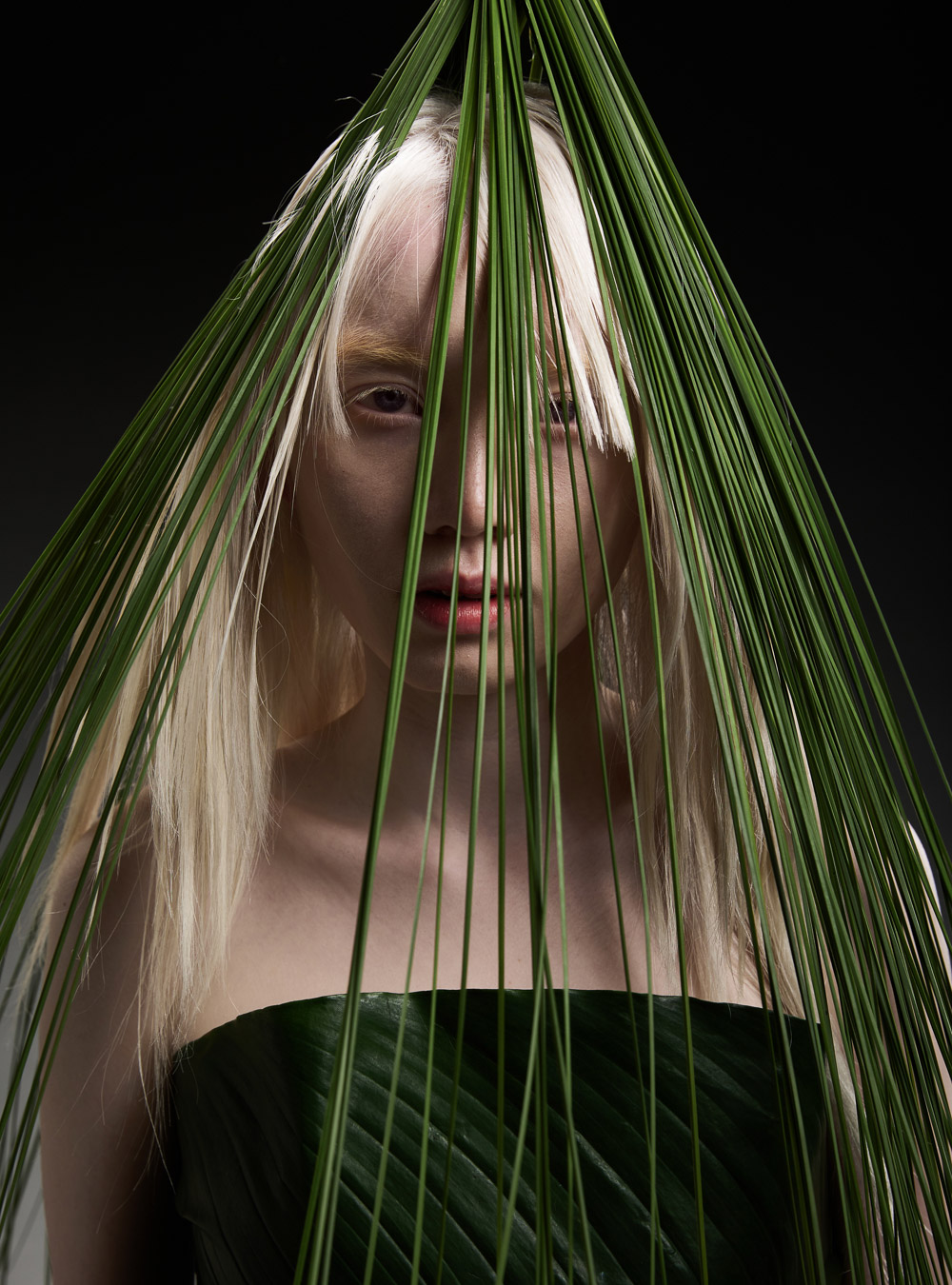 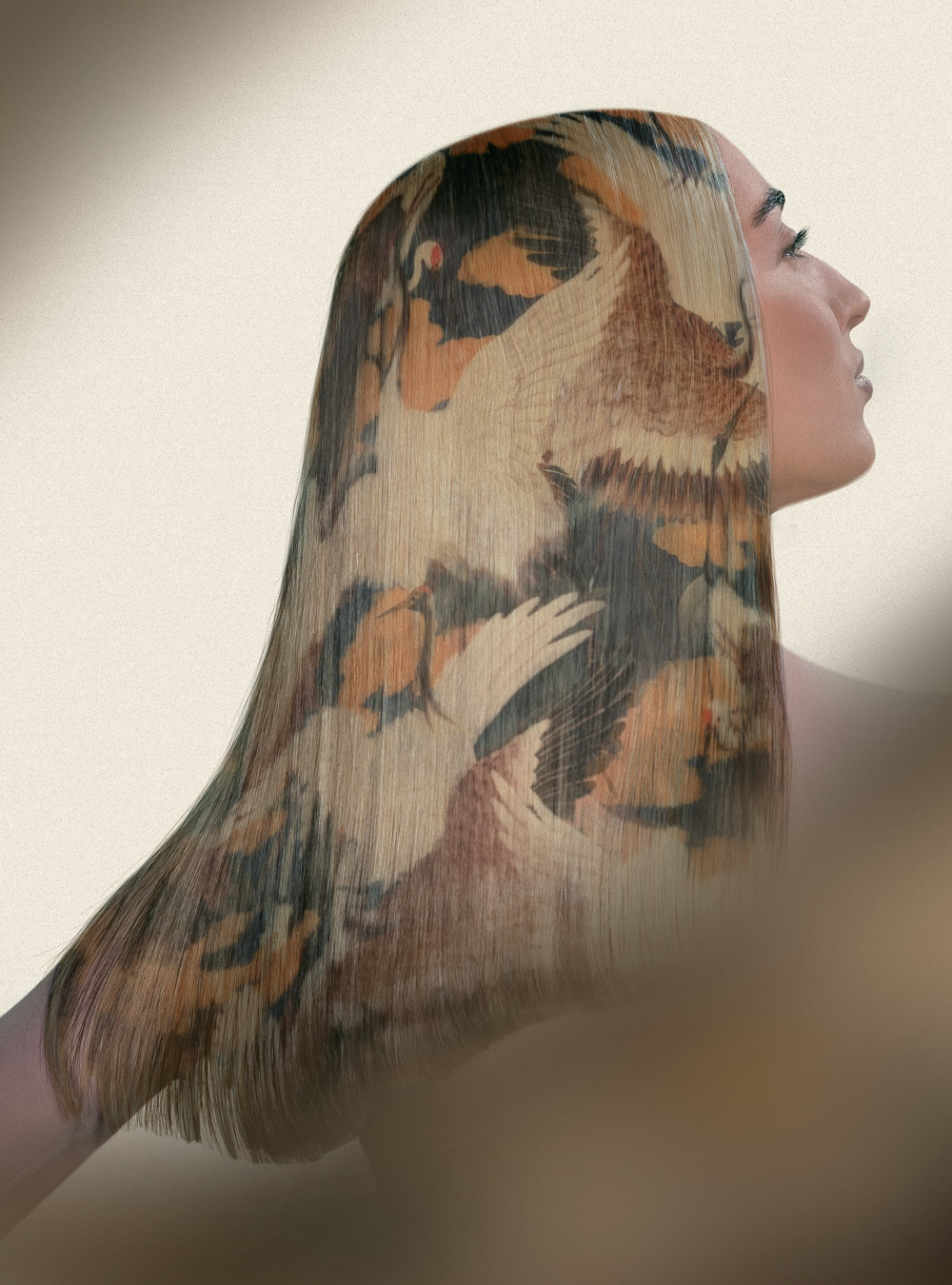 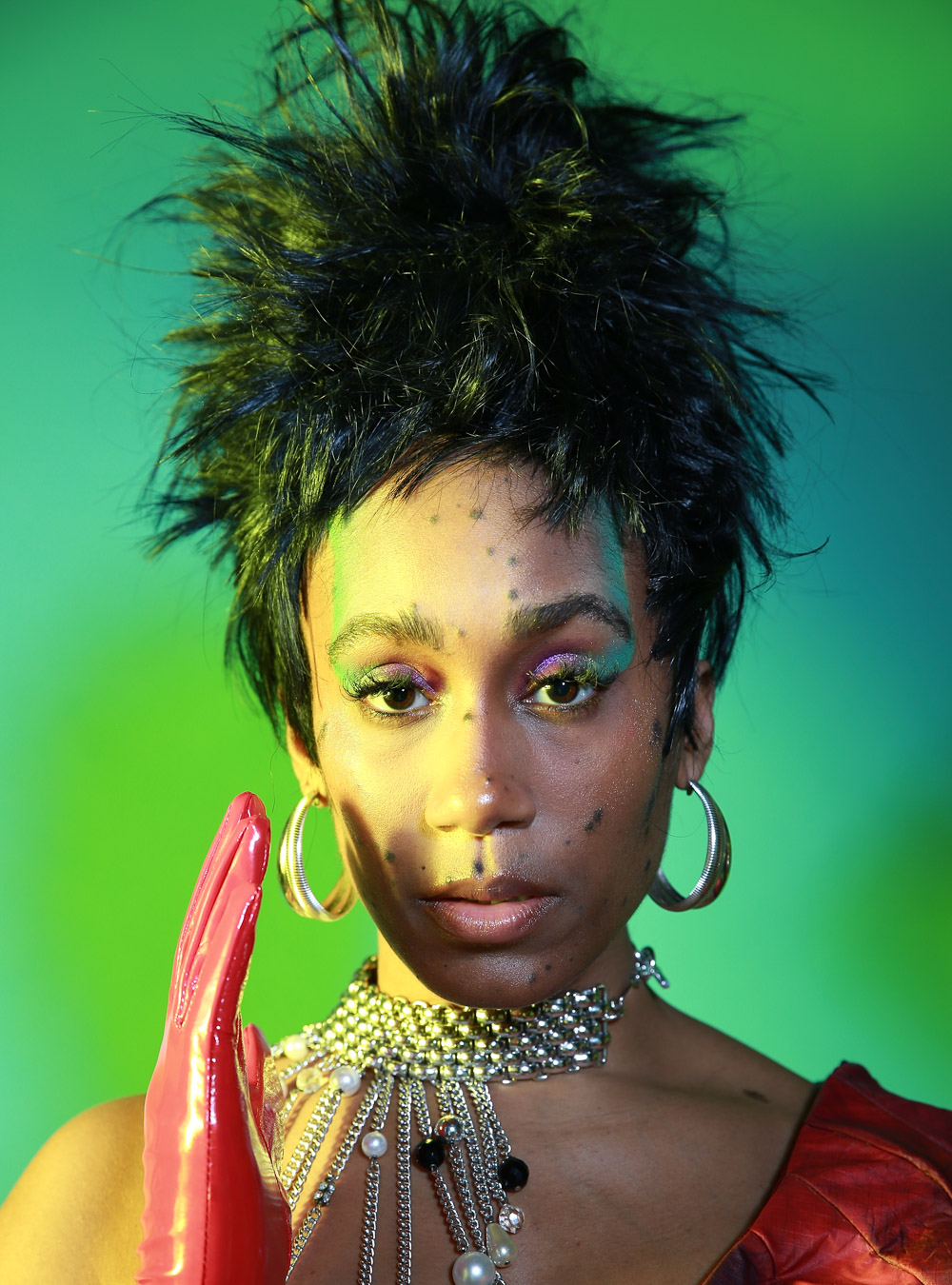 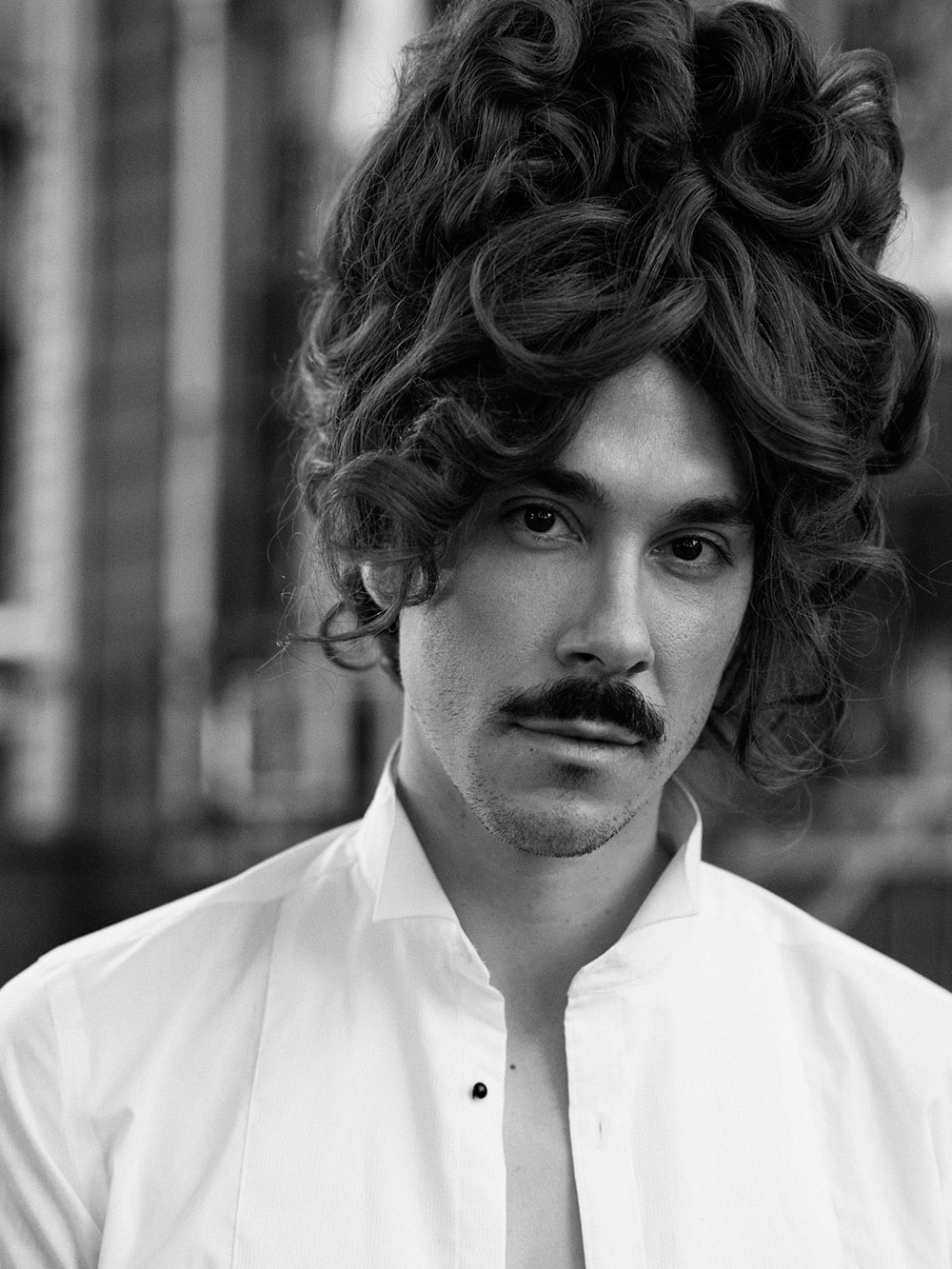 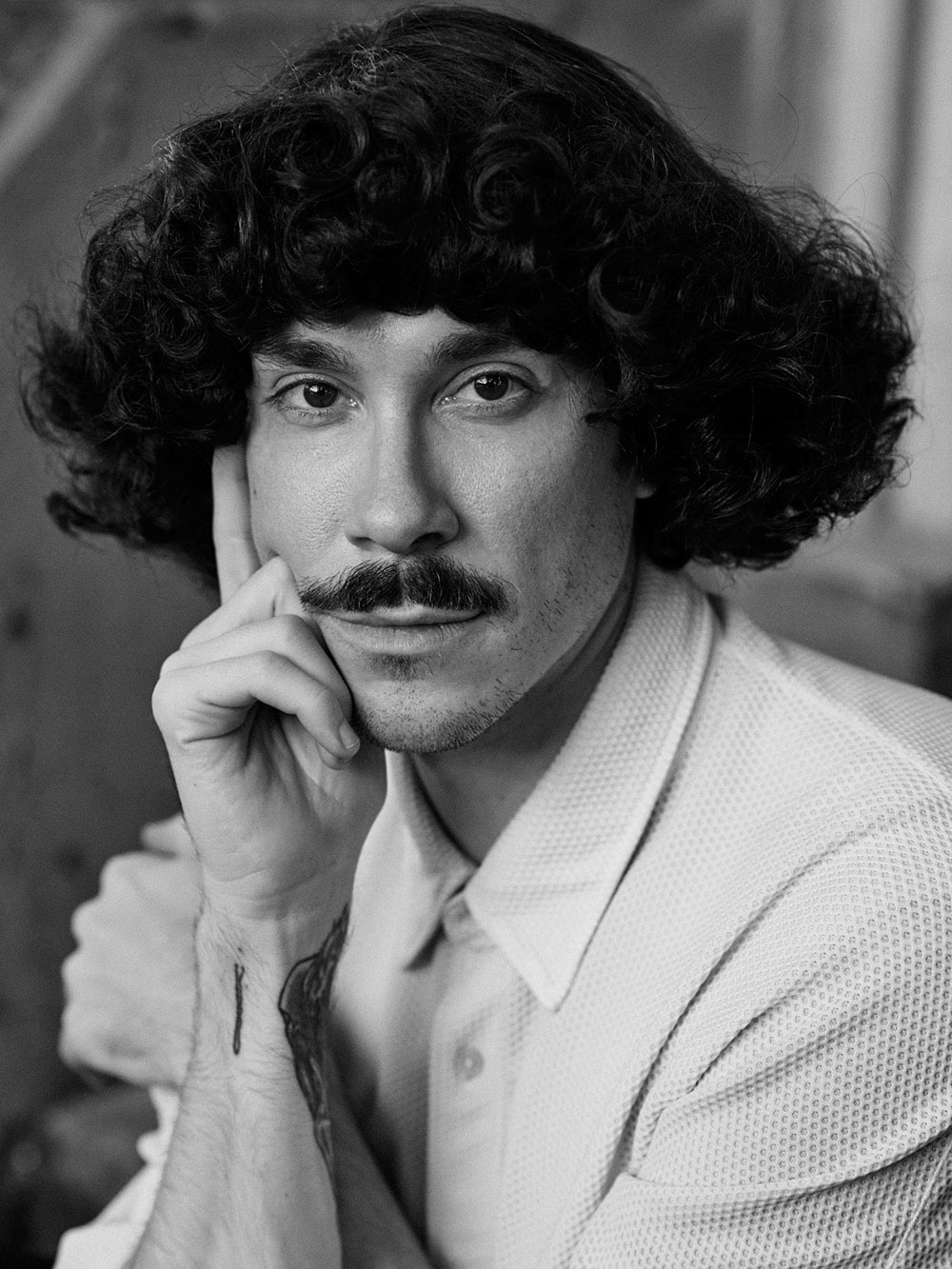 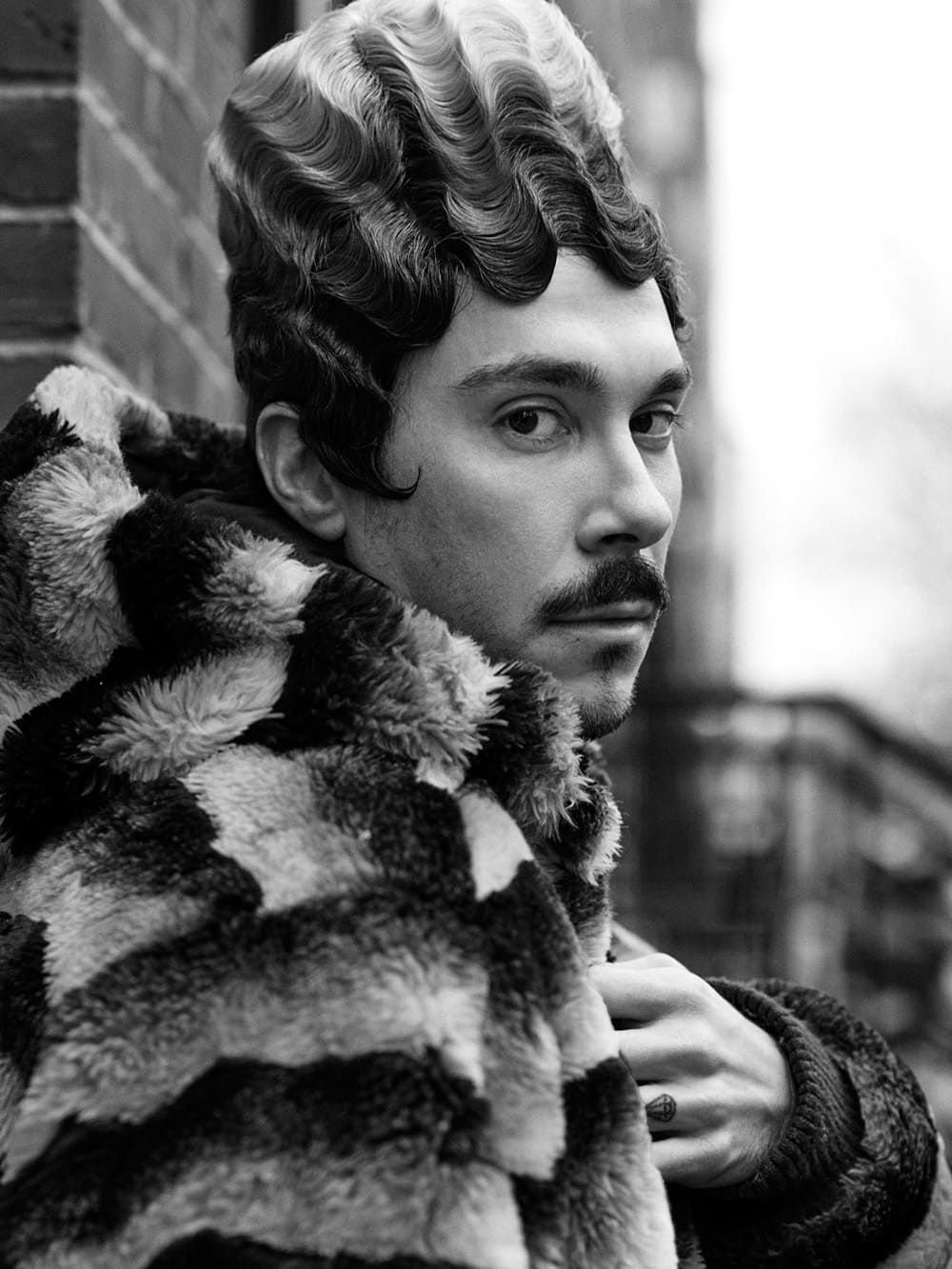 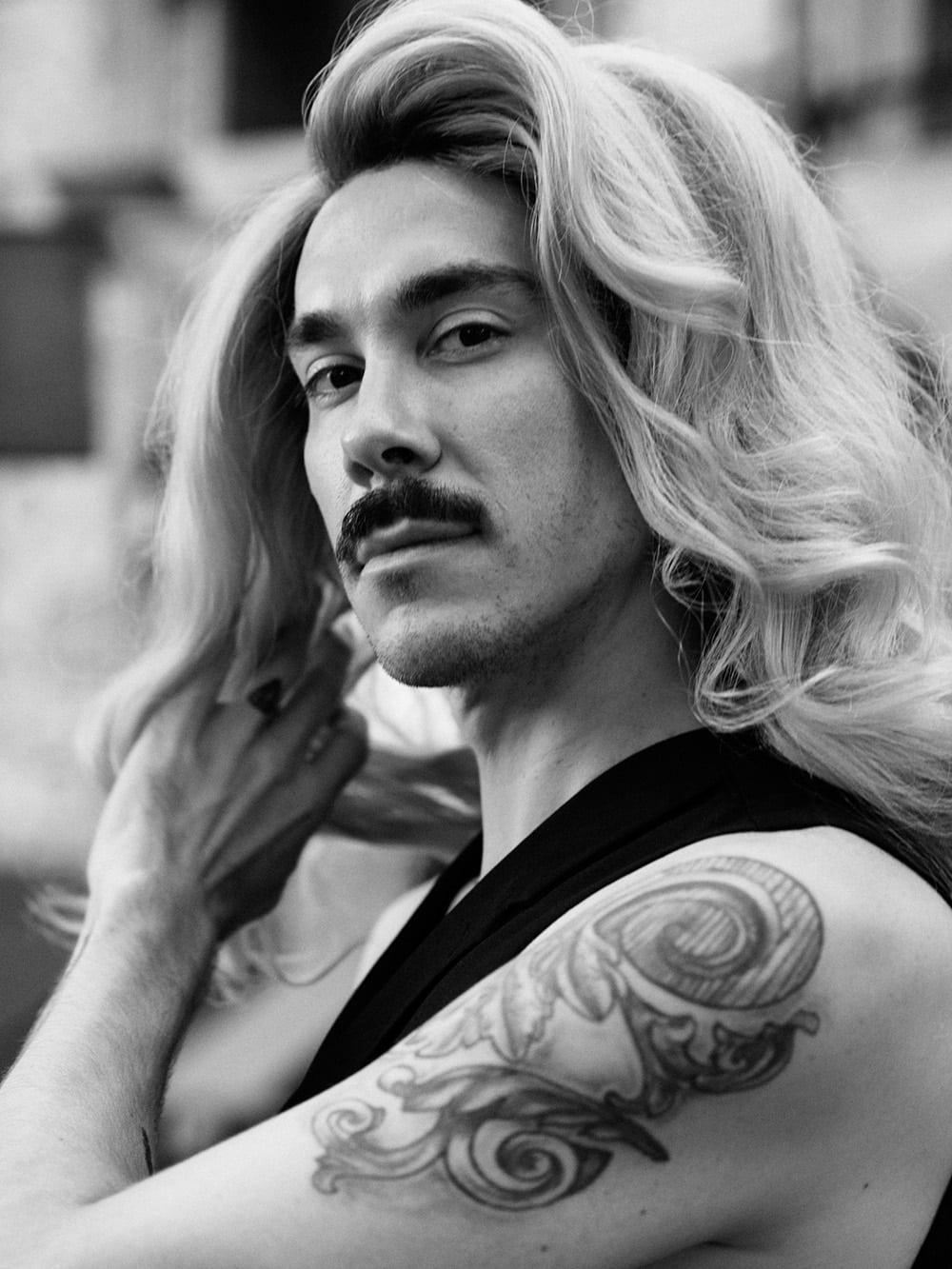 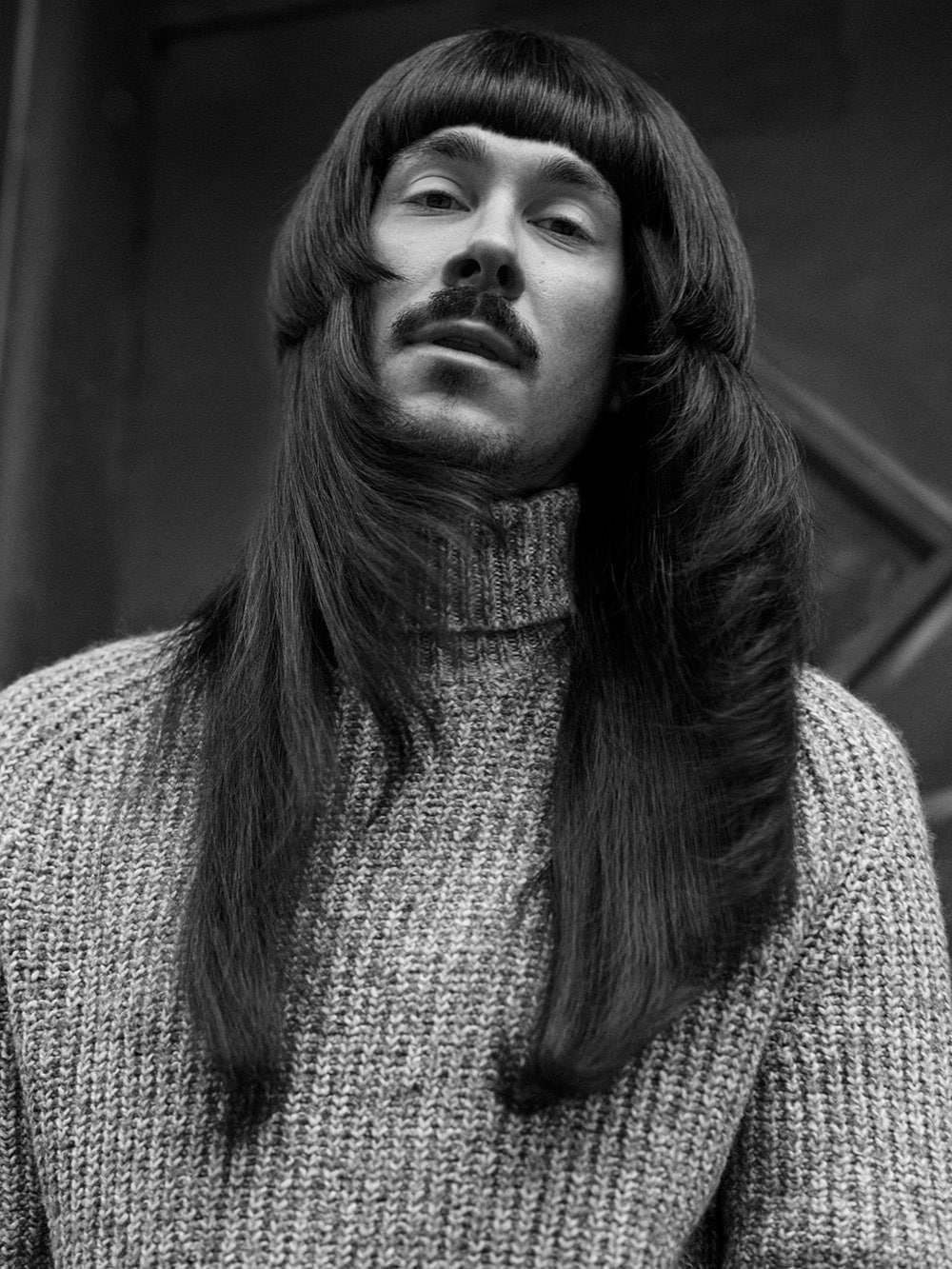 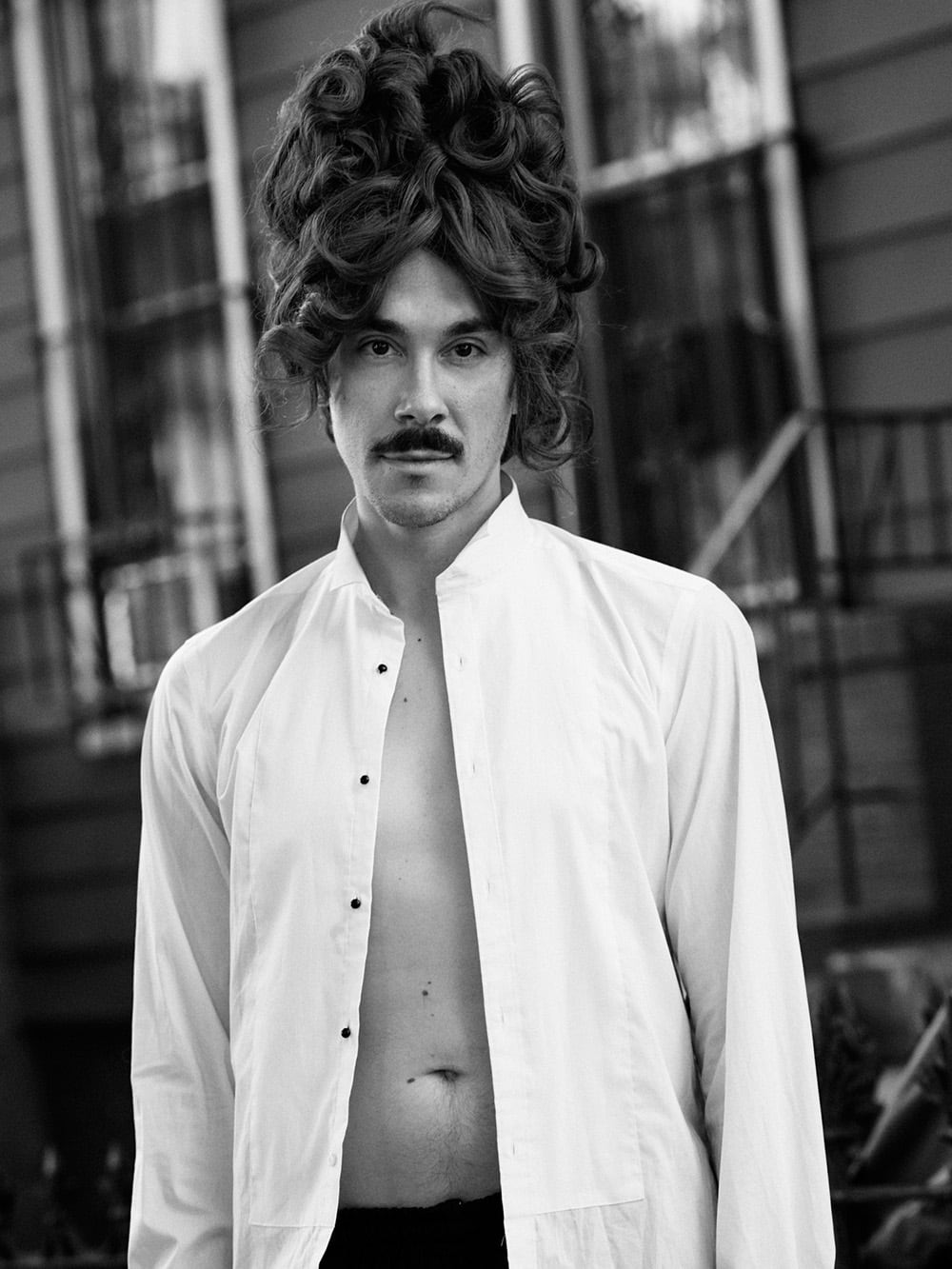