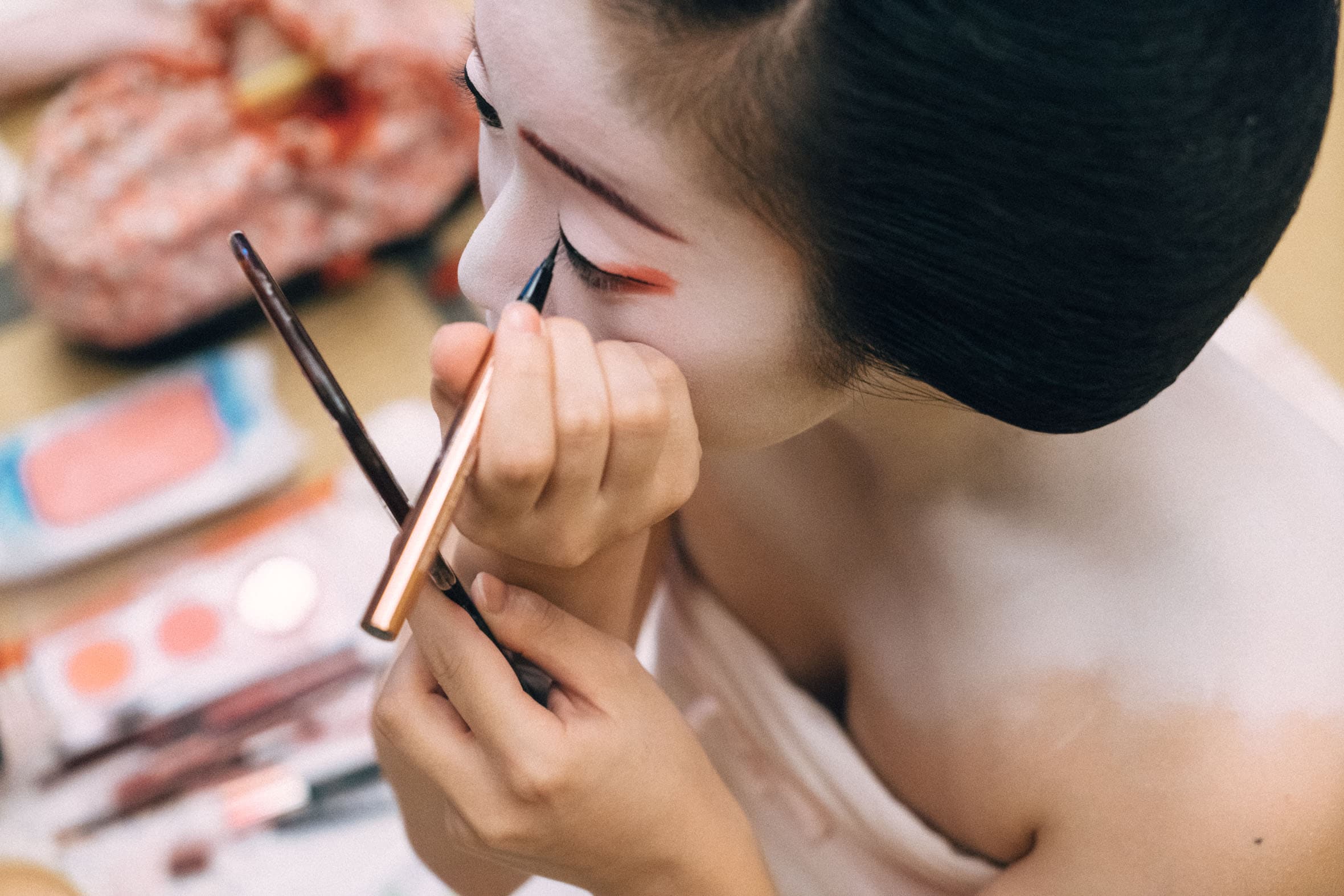 Once the capital of Japan, Kyoto remains home to many of the country’s formal traditions. One practice which prevails is that of the Geisha (referred to as ‘Geiko’ in Kyoto), a woman who is trained in traditional Japanese arts and customs. INFRINGE visited Kyoto to document the dressing ritual of a Maiko (an apprentice Geiko), including the creation of a traditional Wareshinobu hairstyle.

Recognisable by her carefully constructed appearance, including traditional style of dress, make-up and hair, the Geisha is a revered symbol of Japan’s rich cultural history. While it’s rare to see a Geisha in modern day Japan, this historic tradition is still an active part of life in the city of Kyoto, where several hundred Geiko, as they are referred to in Kyoto, reside.
Being a Geiko, literally meaning “woman of the arts”, is considered a noble status, which takes years of training to attain. An apprentice Geiko, known as a Maiko (“dancing child”) will typically begin her training at 14 or 15 years old, becoming a fully-fledged Geiko five years later. During this period the Maiko resides in an Okiya (lodging house) where she is trained in various Japanese arts and customs. These include poetry, dance, music and conversation, skills to be perfected and later performed at establishments known as Ochaya (tea houses) where patrons are entertained. While the culture is based around the art of hospitality and entertainment, there is a common misconception in the West that a Geiko’s duty involves prostitution. This notion may have been due to the act of Mizuage, now outlawed, a ceremony in which the start of a Maiko’s training was signified by the loss of her virginity to a sponsored patron.

Each element of the Geiko’s physical appearance, including style of dress, hair and make-up techniques, is highly symbolic. The act of getting ready is a performative act in itself, a solemn procedure during which the Geiko’s look is assembled by specially trained stylists. While all Geiko and Maiko wear kimonos, the variants in colour, pattern, style of sleeves, obi (sash) and collar are all significant, indicative of status and years in training.

During her apprenticeship, a Maiko will wear several different Nihongami (traditional hairstyles). The complex hairstyles, created by specialist hairstylists, require immense skill to assemble and are considered an art form. Unlike Geiko, who wear wigs, a Maiko’s hairstyle is created out of their own hair.

During the first years of her training, a Maiko will wear a distinctive hairstyle called Wareshinobu (pictured). It is achieved by separating the hair into sections, which are tied with strands of white paper. The hair is then shaped with wooden combs and set using a special soy-derived substance known as bintsuke wax.
To finish, a selection of hair ornaments known as Kanzashi will adorn the hair, the placement and number of which denote the Maiko’s level of status. A finished hairstyle will typically last a week, during which the Maiko will sleep with her neck on small supports in a bid to preserve it.

INFRINGE was honoured to observe the dressing ritual of an 18-year old Maiko, named Katsuhana. Currently in the second year of her training, she dreams of owning her own tea house once she qualifies as a Geiko. “It could be an Ochaya, like this one, or a Snakku (Japanese bar). This is my personal dream.” Does she ever dwell on the vast differences between her life compared to that of a modern day teenager? “It would be a lie to say I don’t think about it,” she says, “but you can only be a Maiko when you’re young. Wearing normal clothes and going out could be done once you’re older. But now, as a Maiko, I am experiencing things that a typical high school student simply can’t.”

“As a Maiko, I am experiencing things that a typical high school student simply can’t” 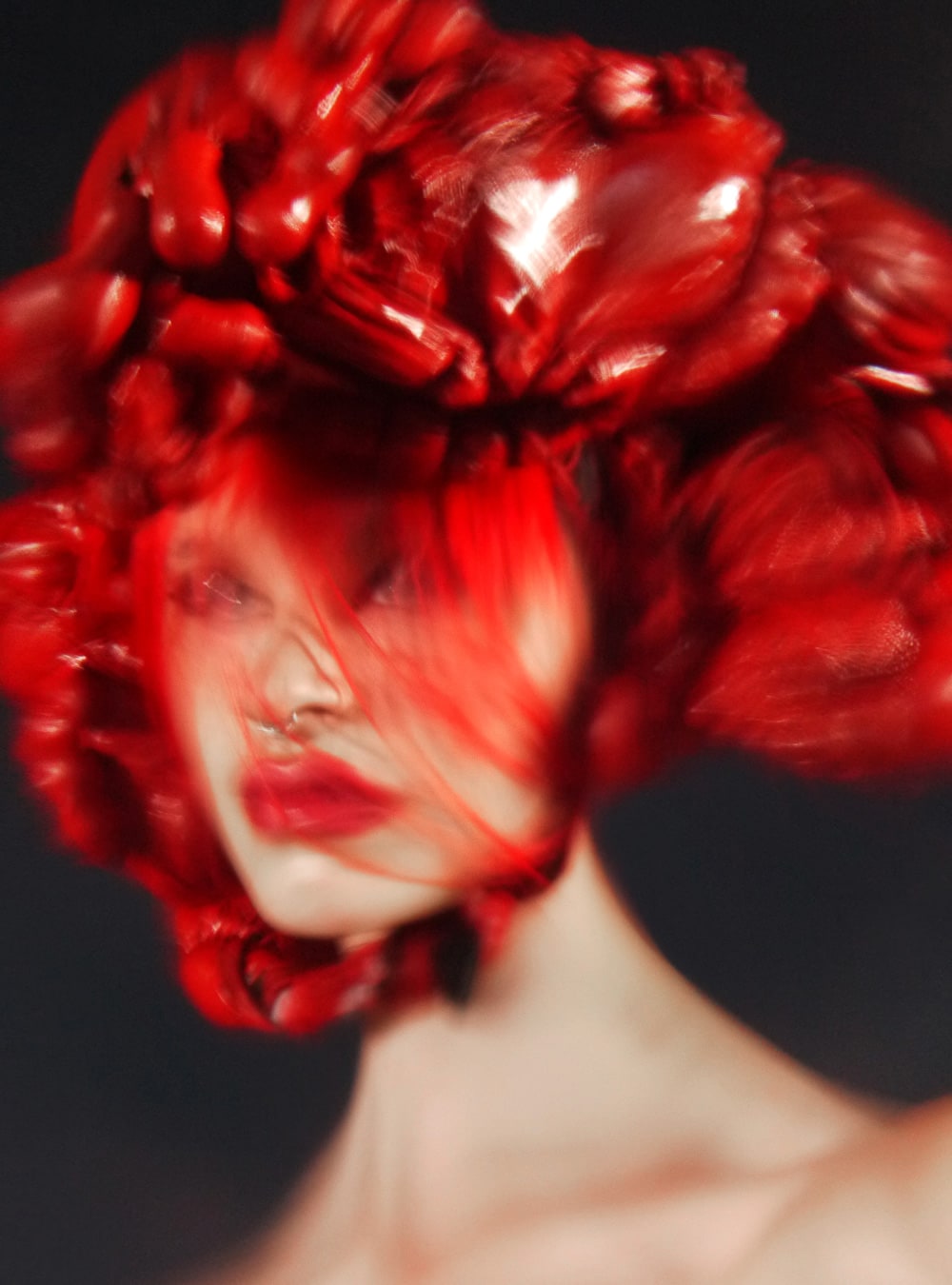 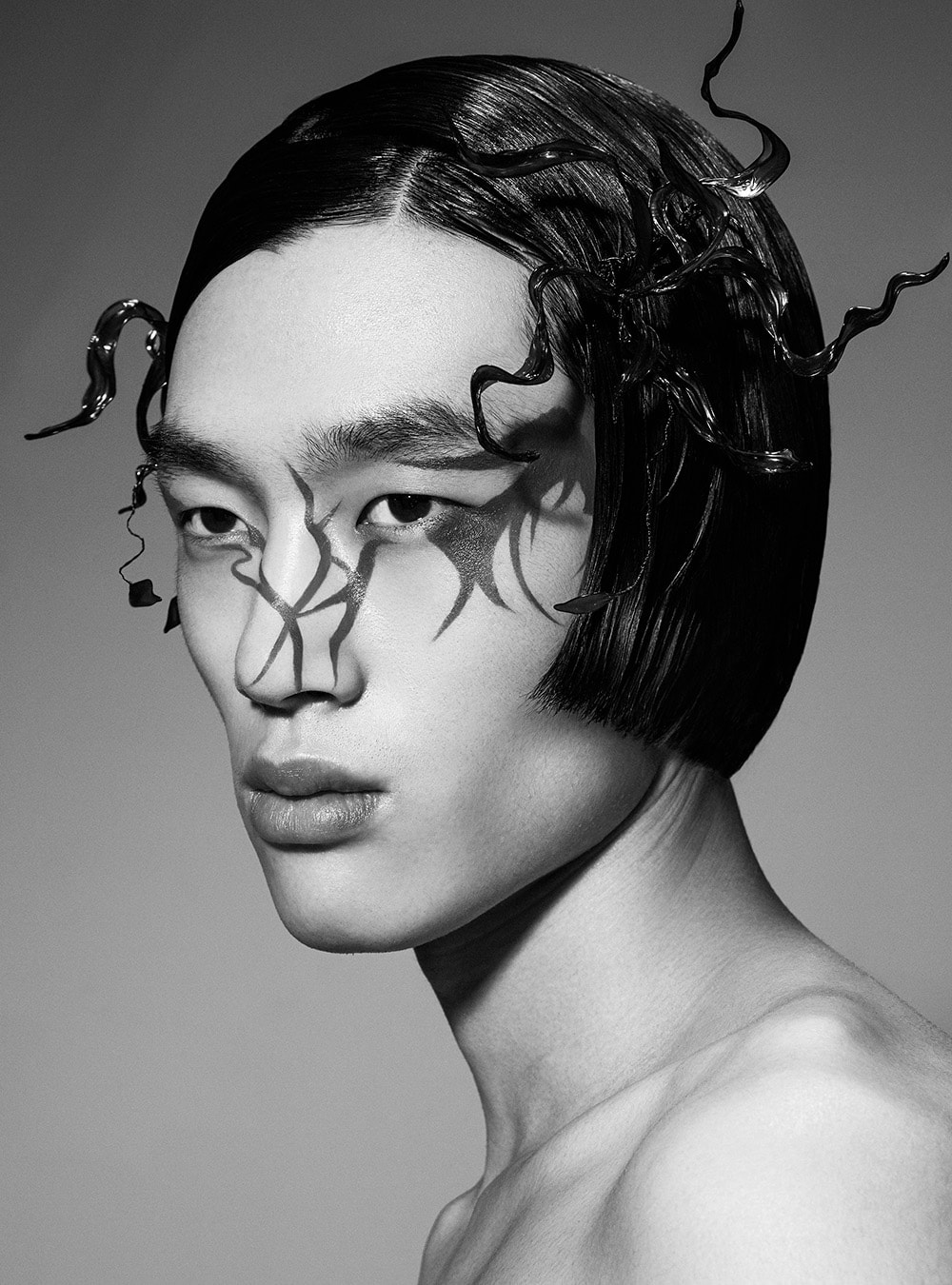 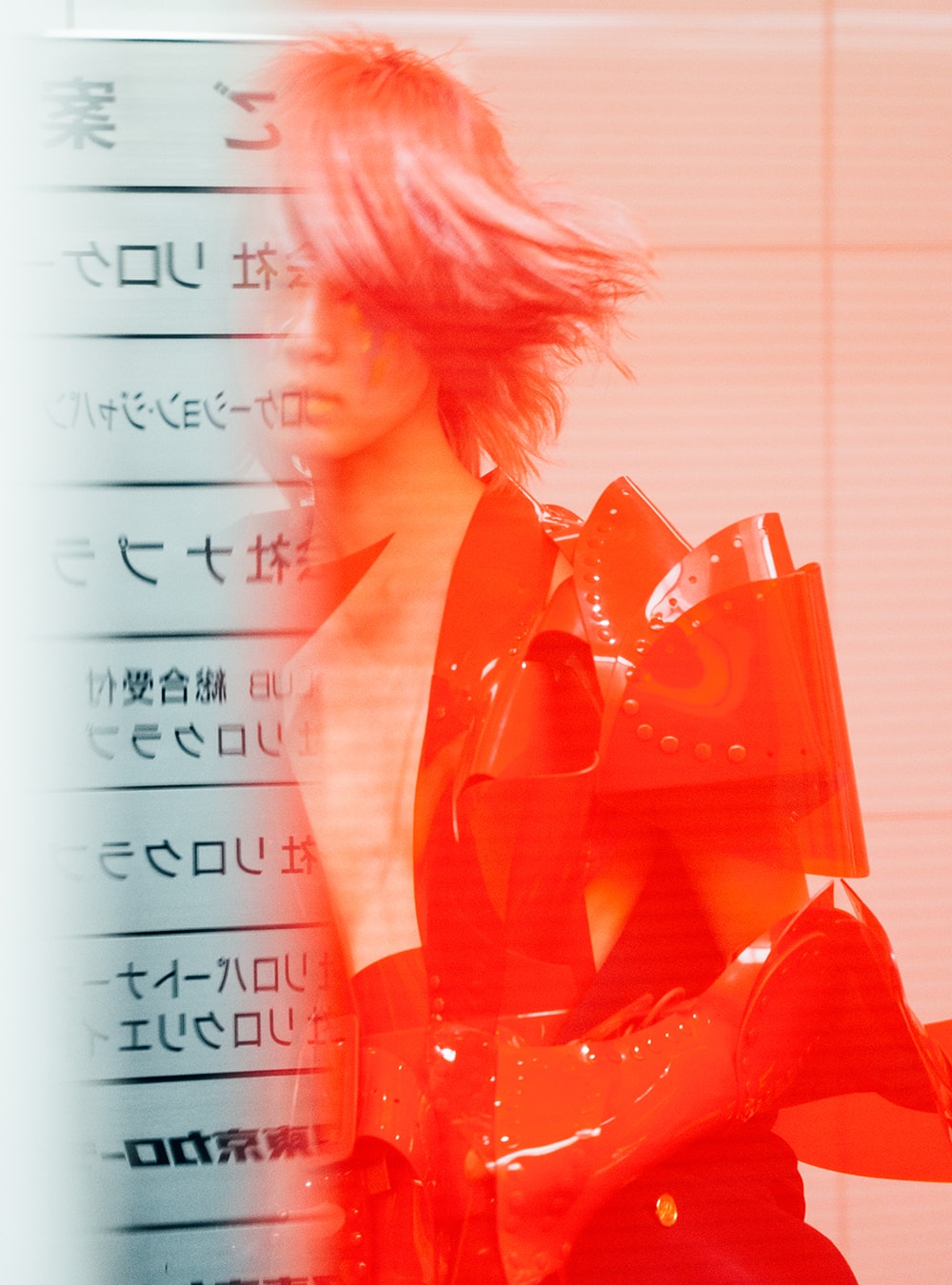 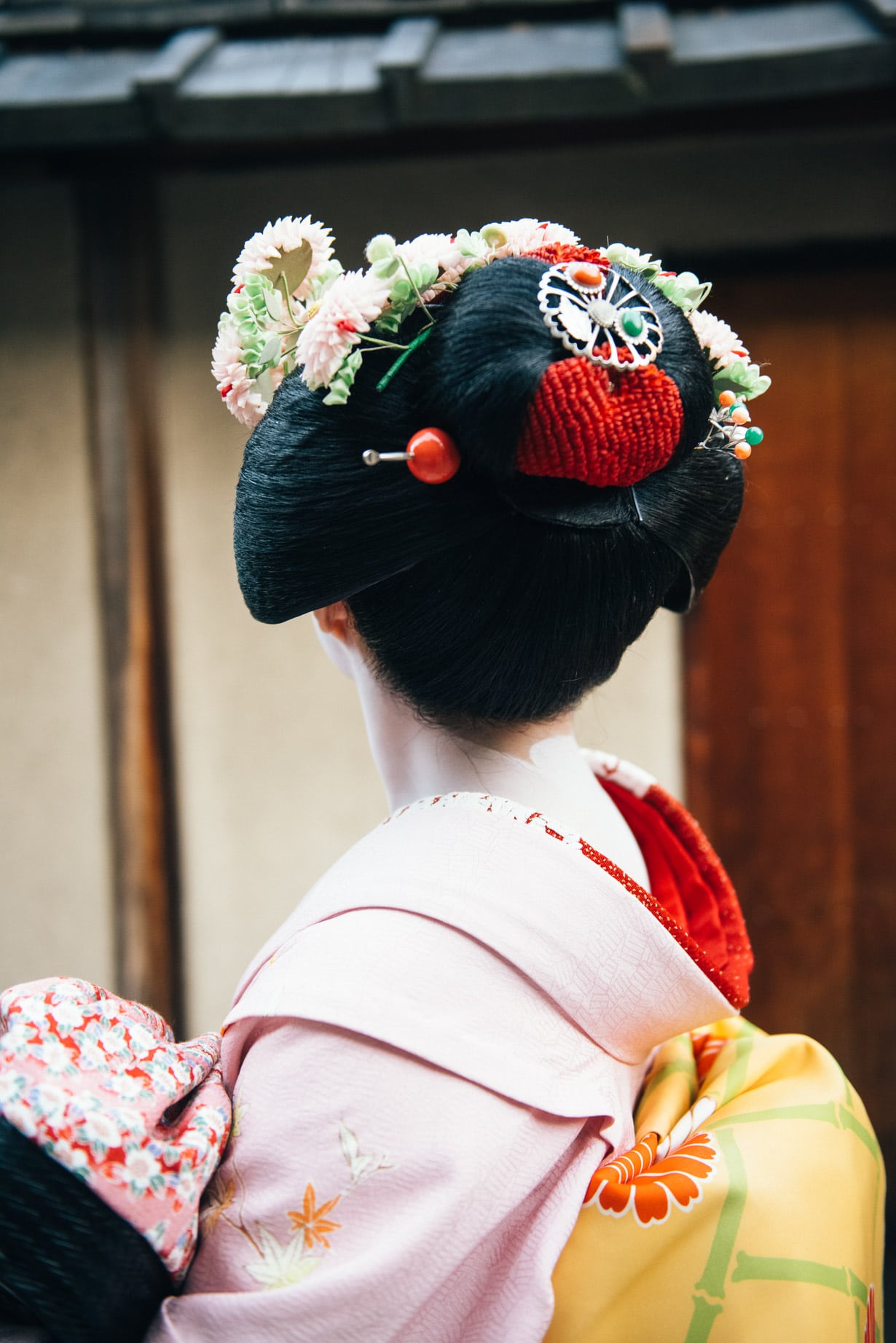 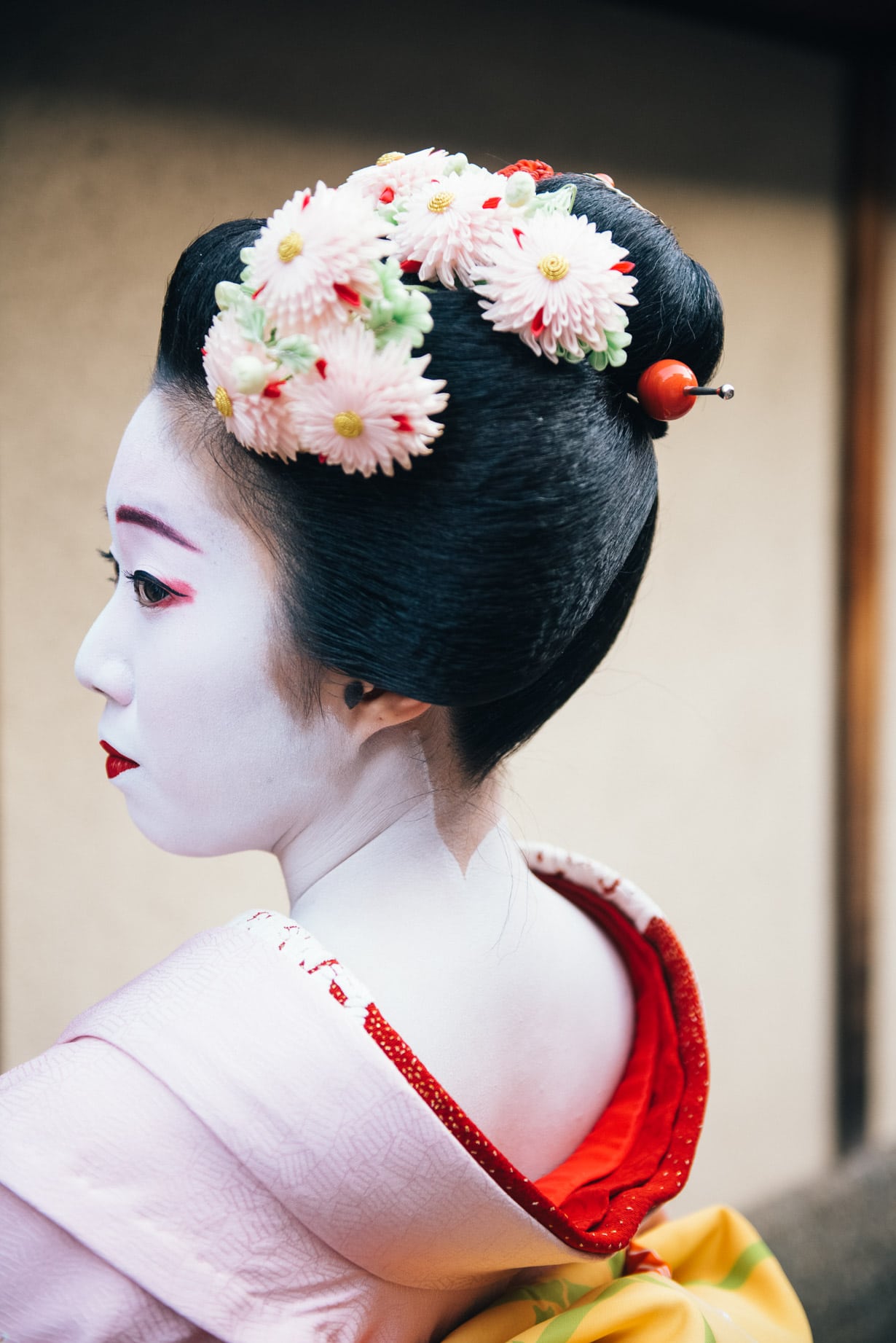 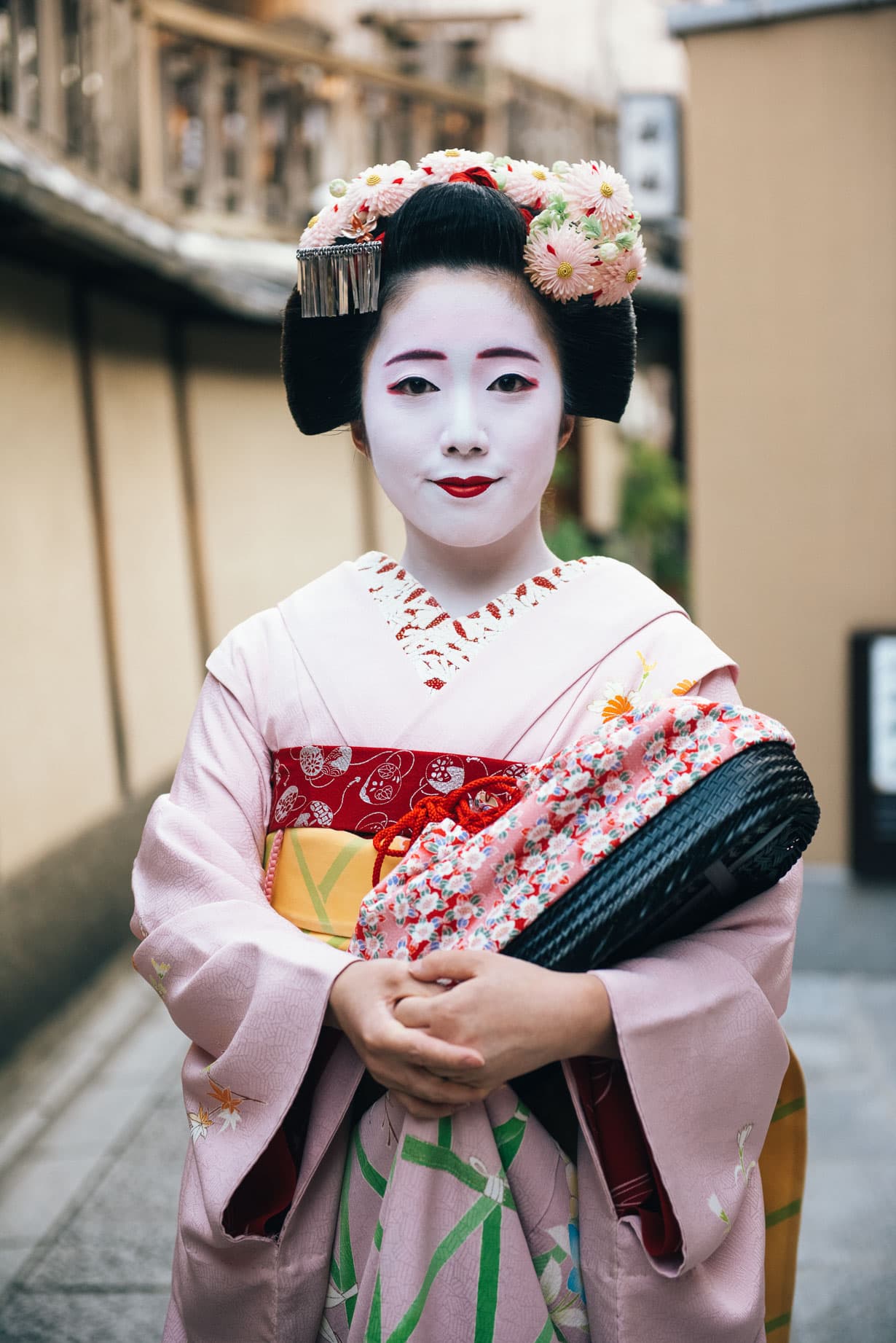 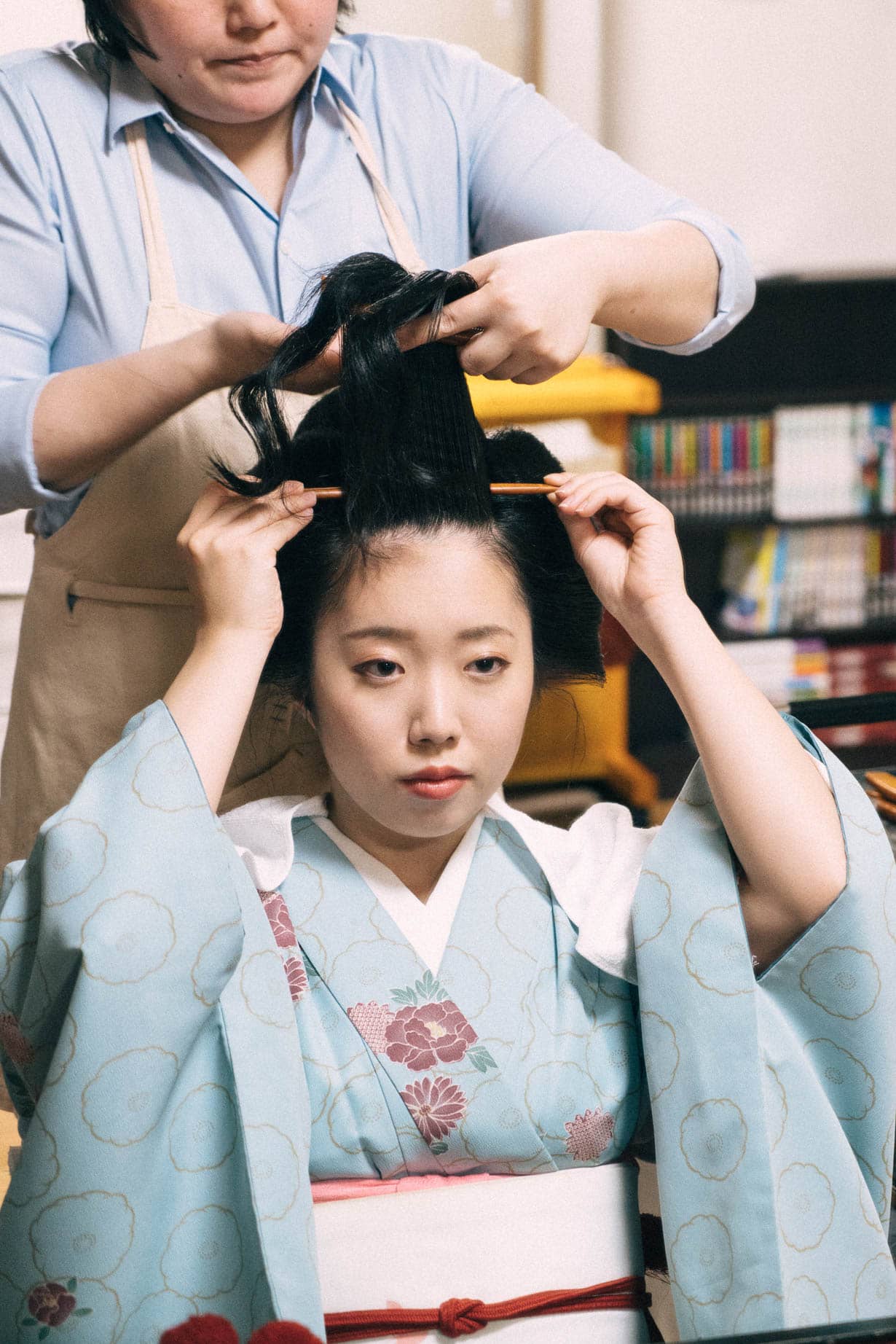 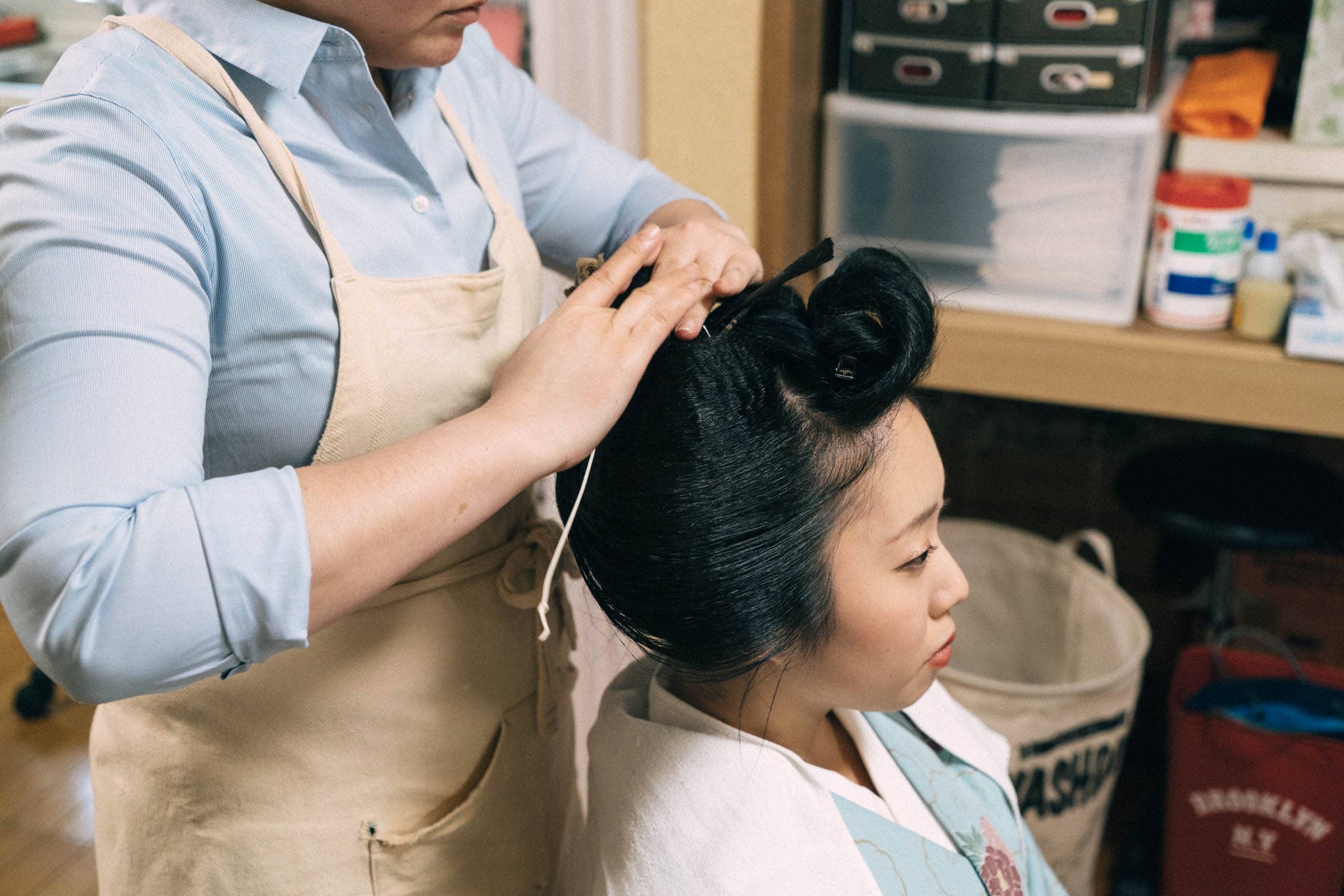 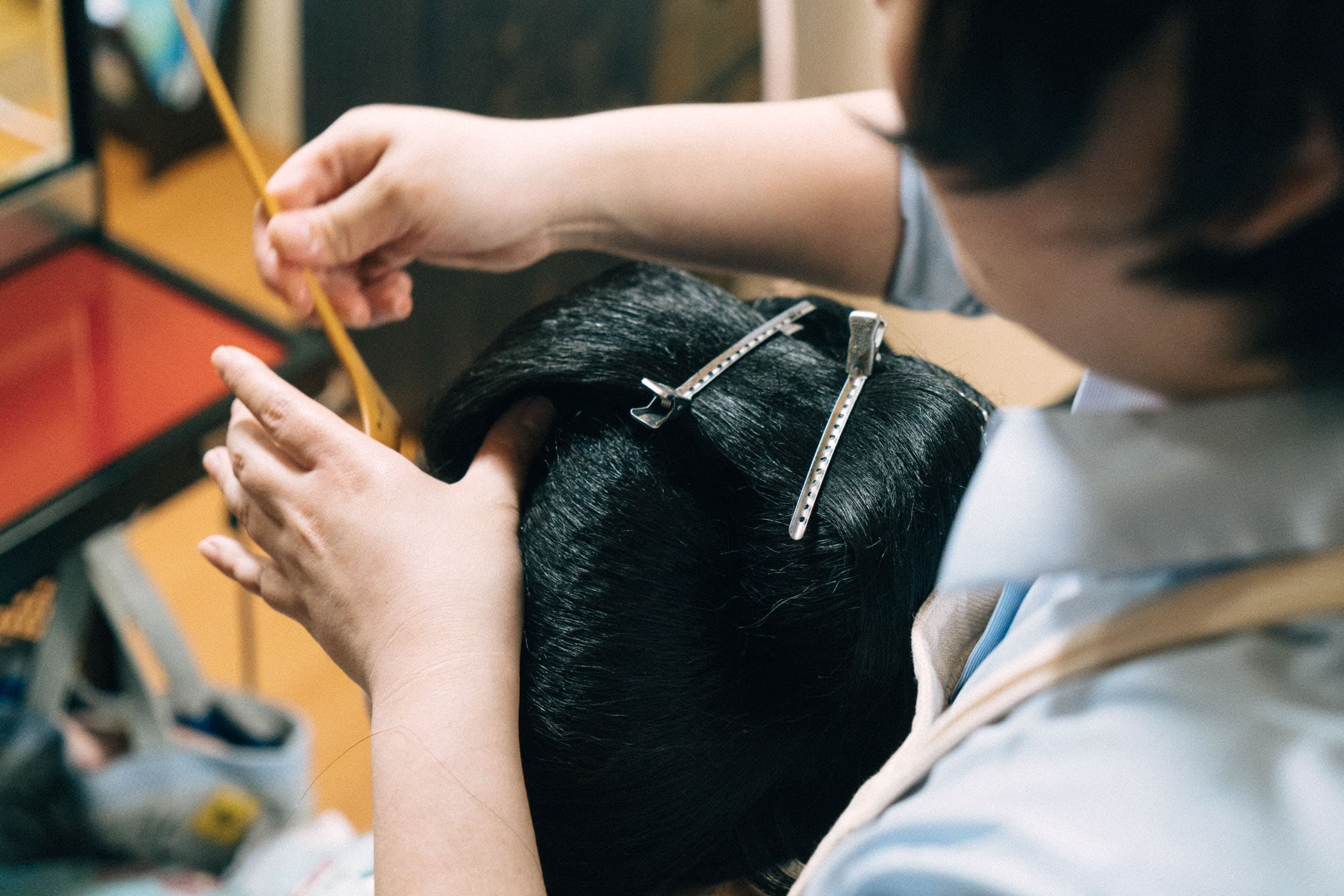 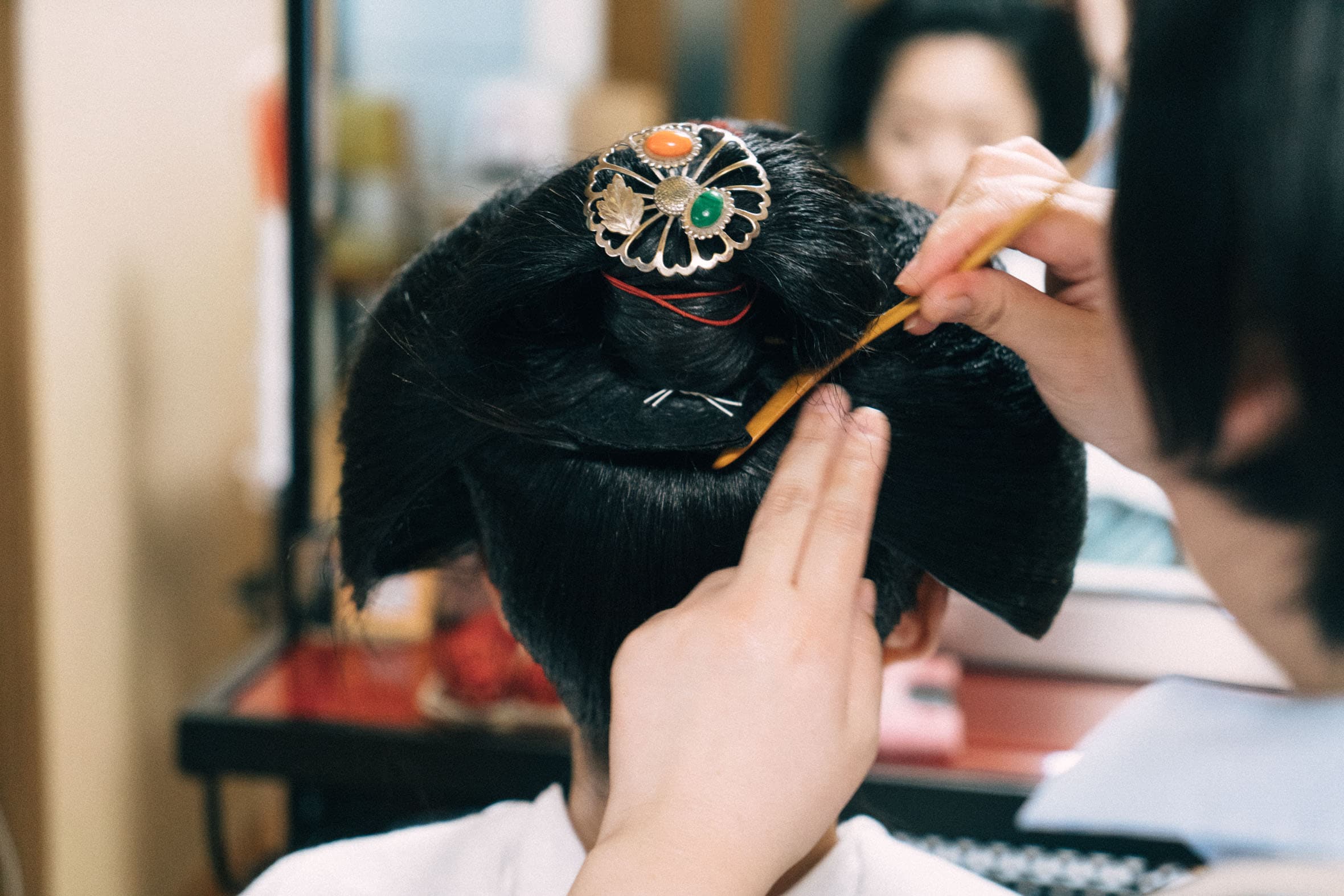 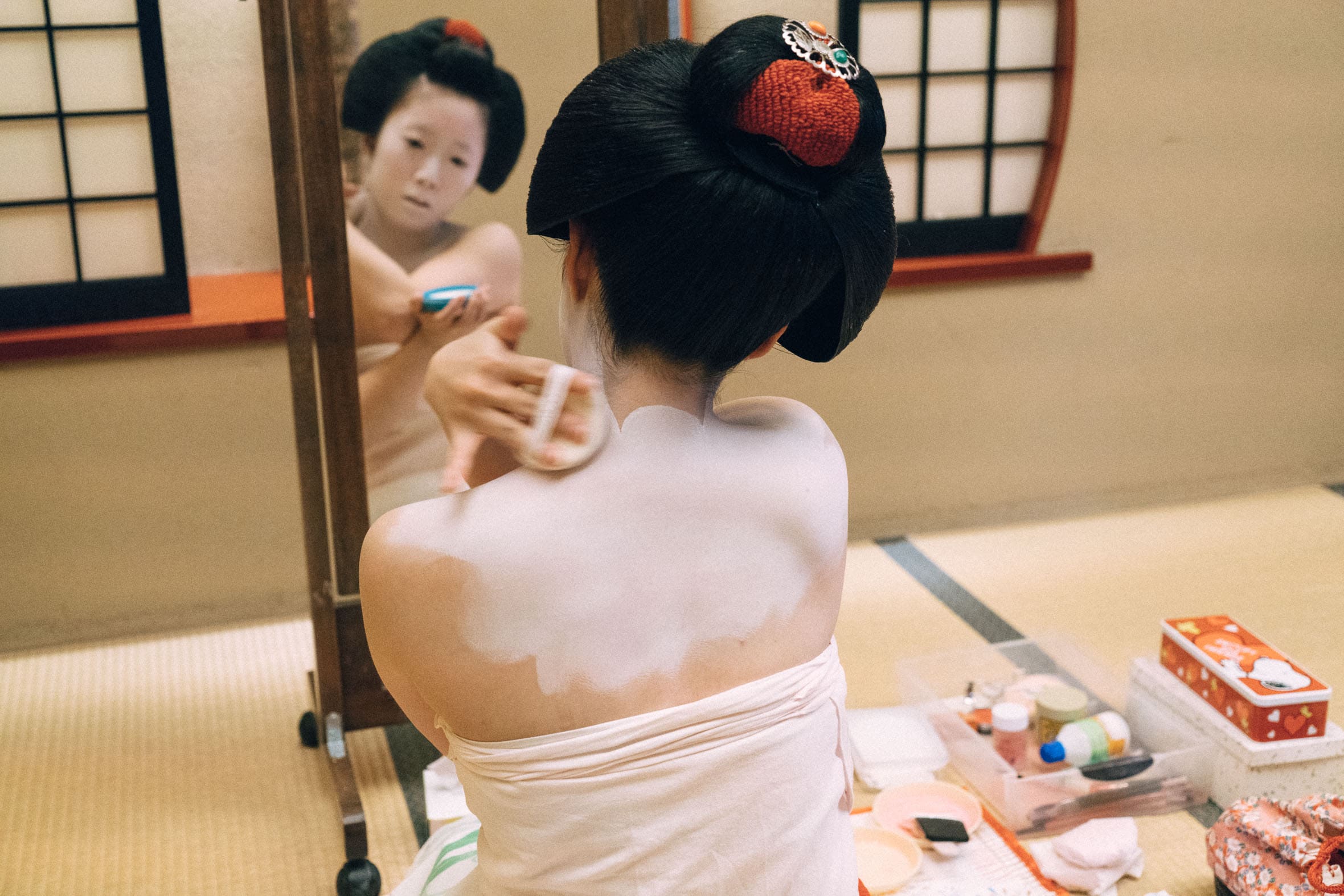 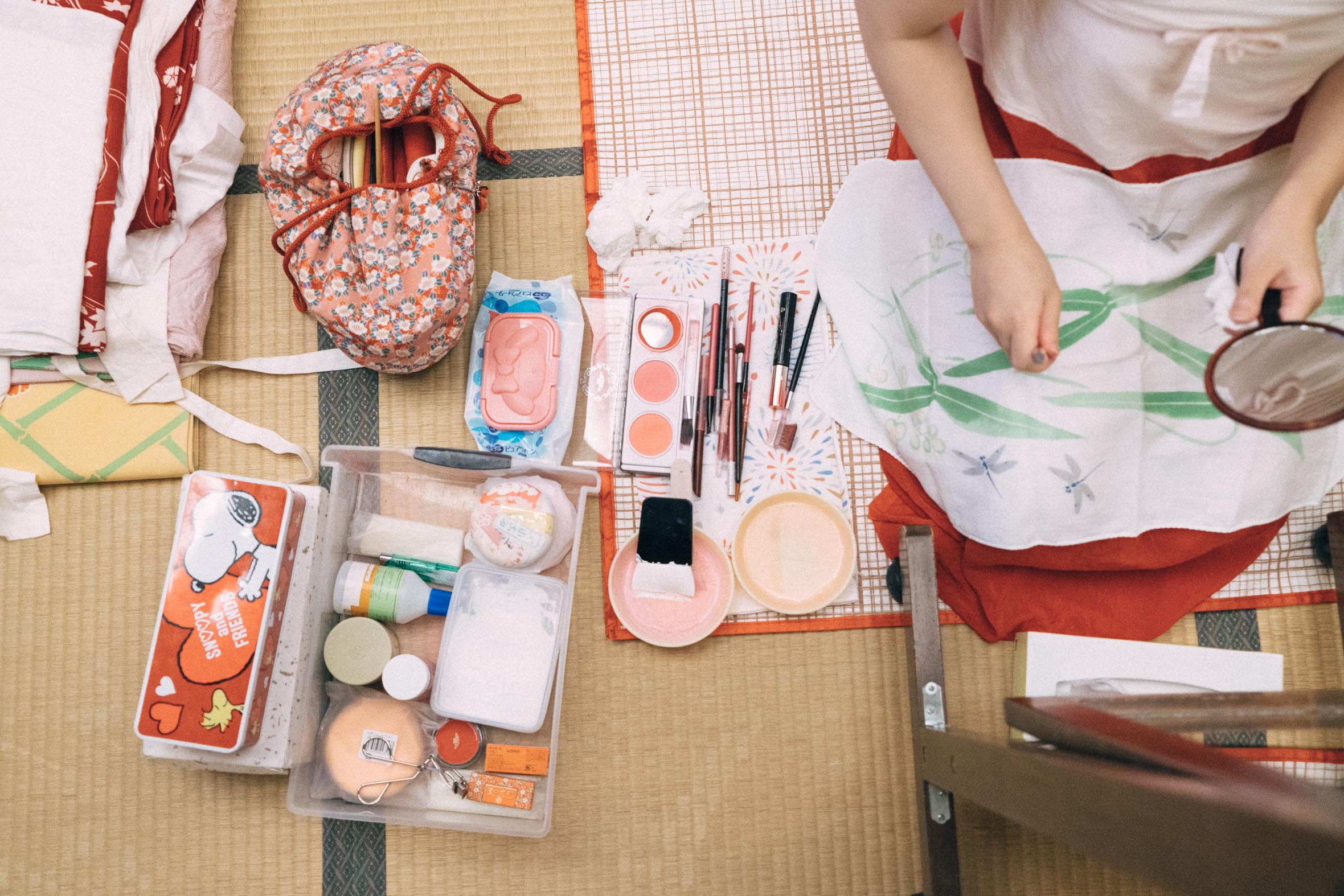 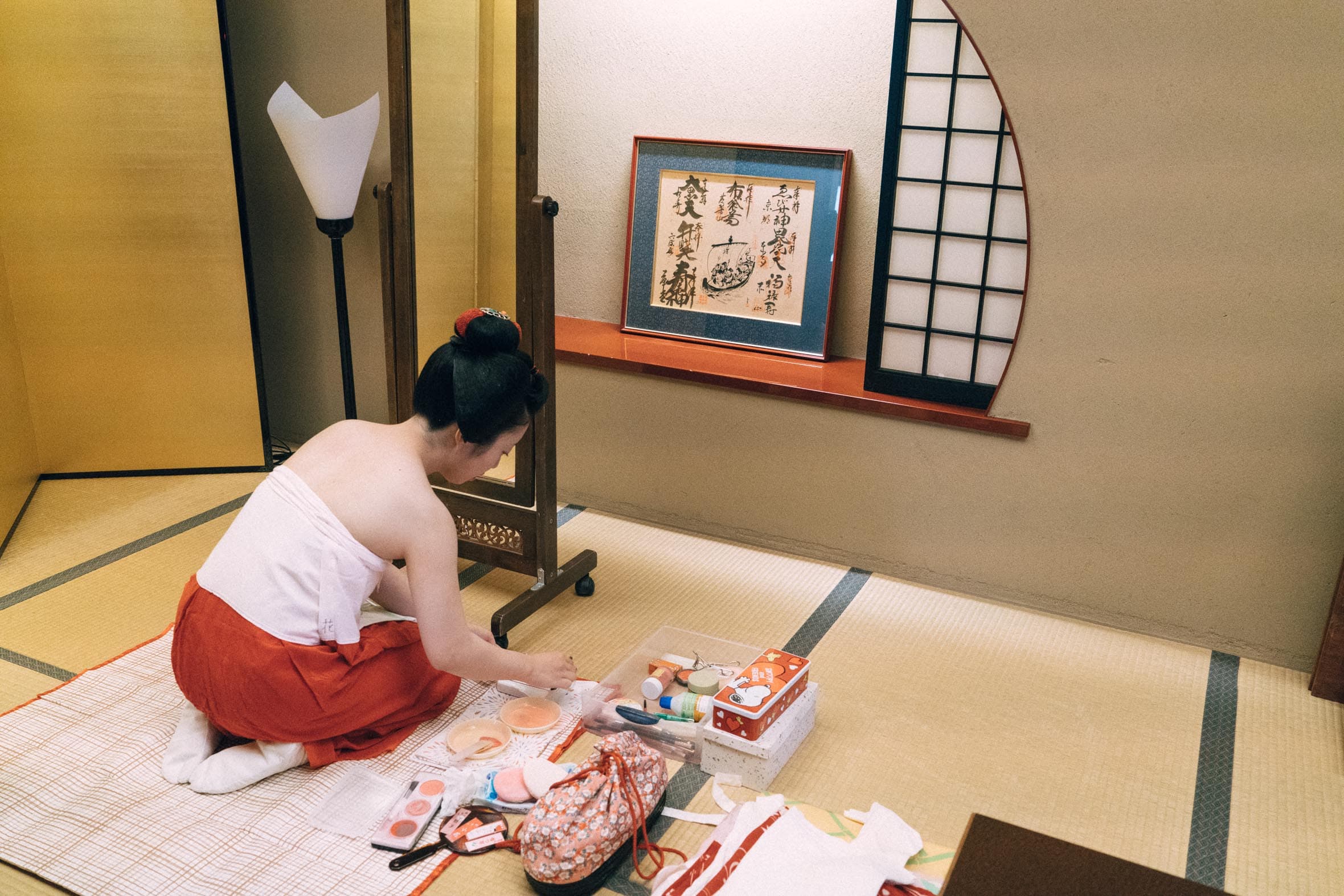 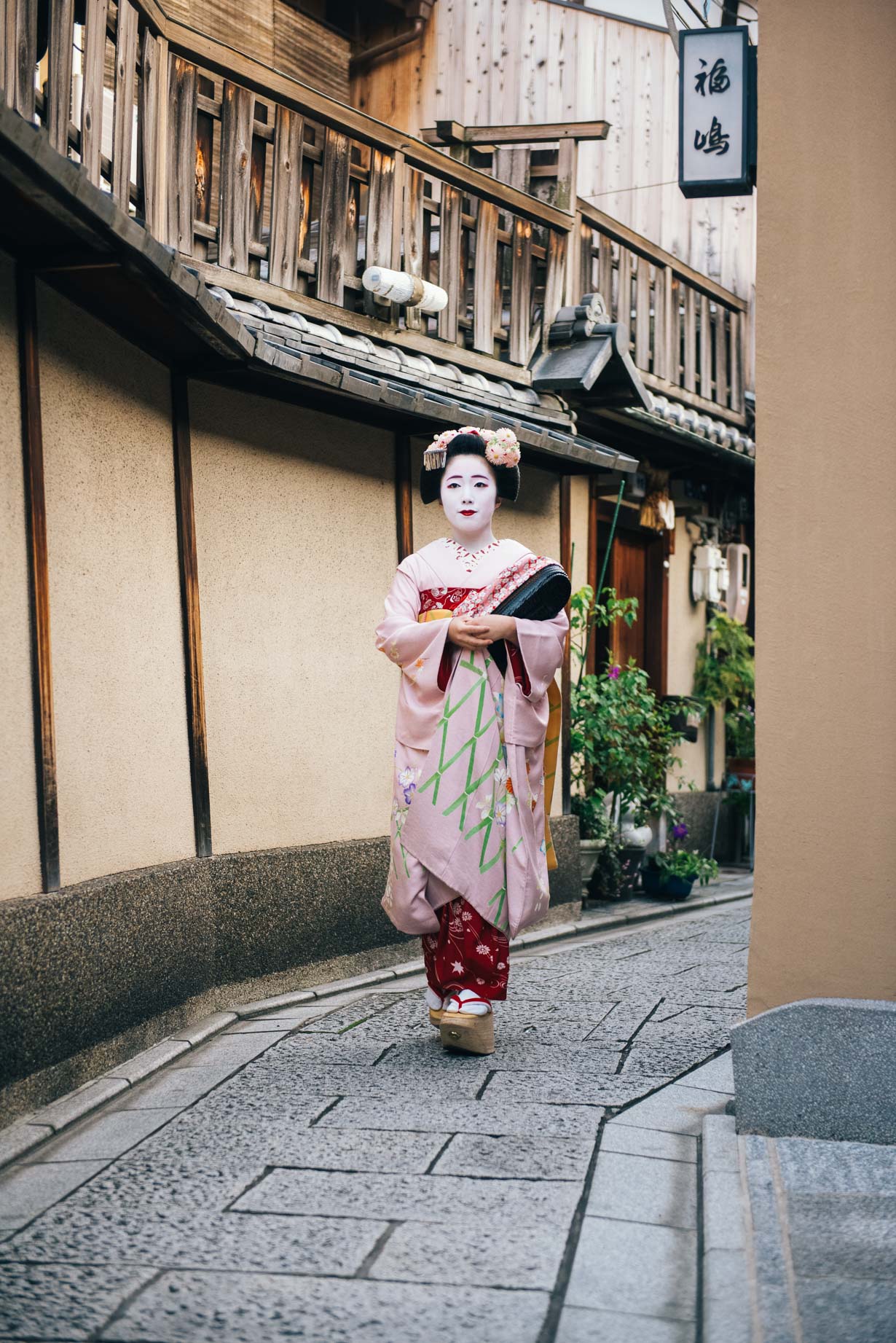