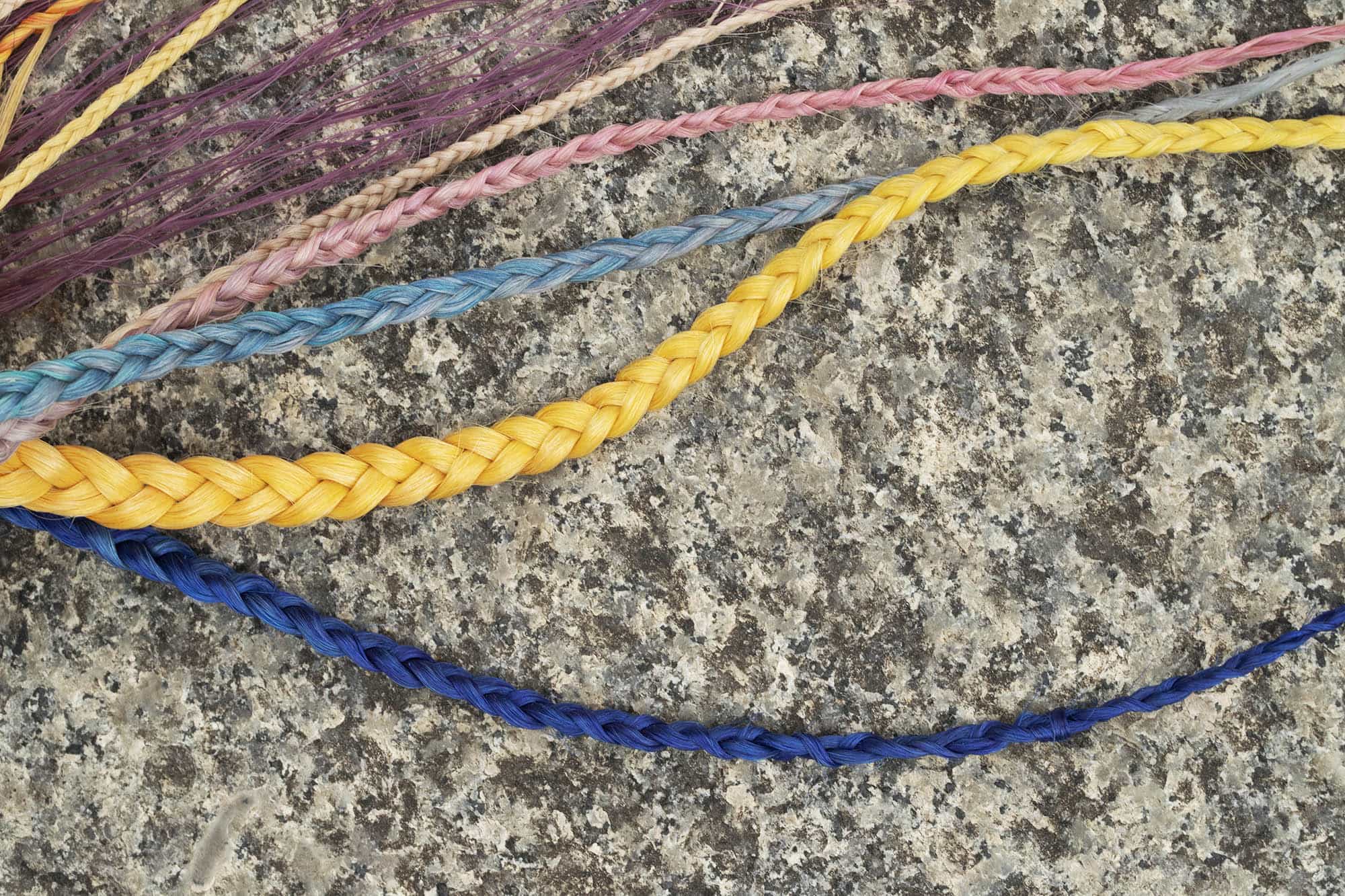 EDITORIAL: This collaboration between beauty photographer Malorie Shmyr and hairstylist Tina Pachta is a gloriously abstract study of hair

With an eye for (extreme) detail, Malorie Shmyr’s love of macro means she has a way of capturing the rich details of hair that often go unnoticed. “I am obsessed with the macro world,” the photographer says, “there is so much beauty in the tiny intricacies of hair that often can’t be fully honoured when the image is taken from further away”. Shmyr has been photographing beauty backstage for makeup artist Val Garland at London, Milan and Paris Fashion Week since 2017, which is how she met hairstylist Tina Pachta. The pair crossed paths while boarding yet another plane, and decided to collaborate on a personal project. Here they present a refreshingly abstract perspective of hair, far from the reaches of the catwalk. Removing  hair from a human context, Pachta created a papier mâché ‘skeleton’ onto which she wove sinewy pastel pieces using a ladder braid technique. The final effect, framed by Shmyr’s close-up compositions, is pretty  surreal – a deliberate move as Shmyr explains. “Seeing these unusual colour combinations, inspired by the galaxy, along with the otherworldly texture of the papier-mâché made me feel like I capturing a creature from another world.” 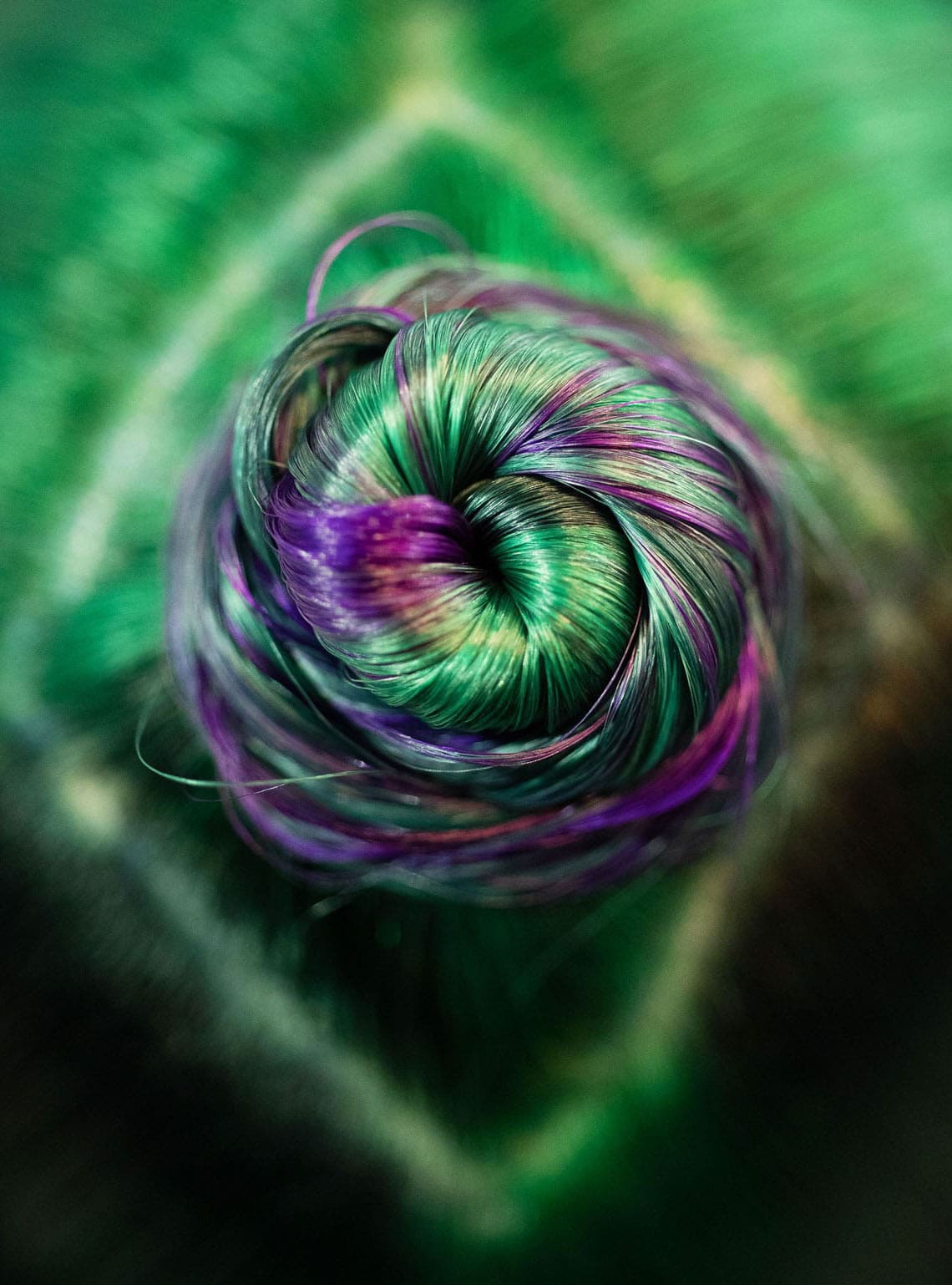 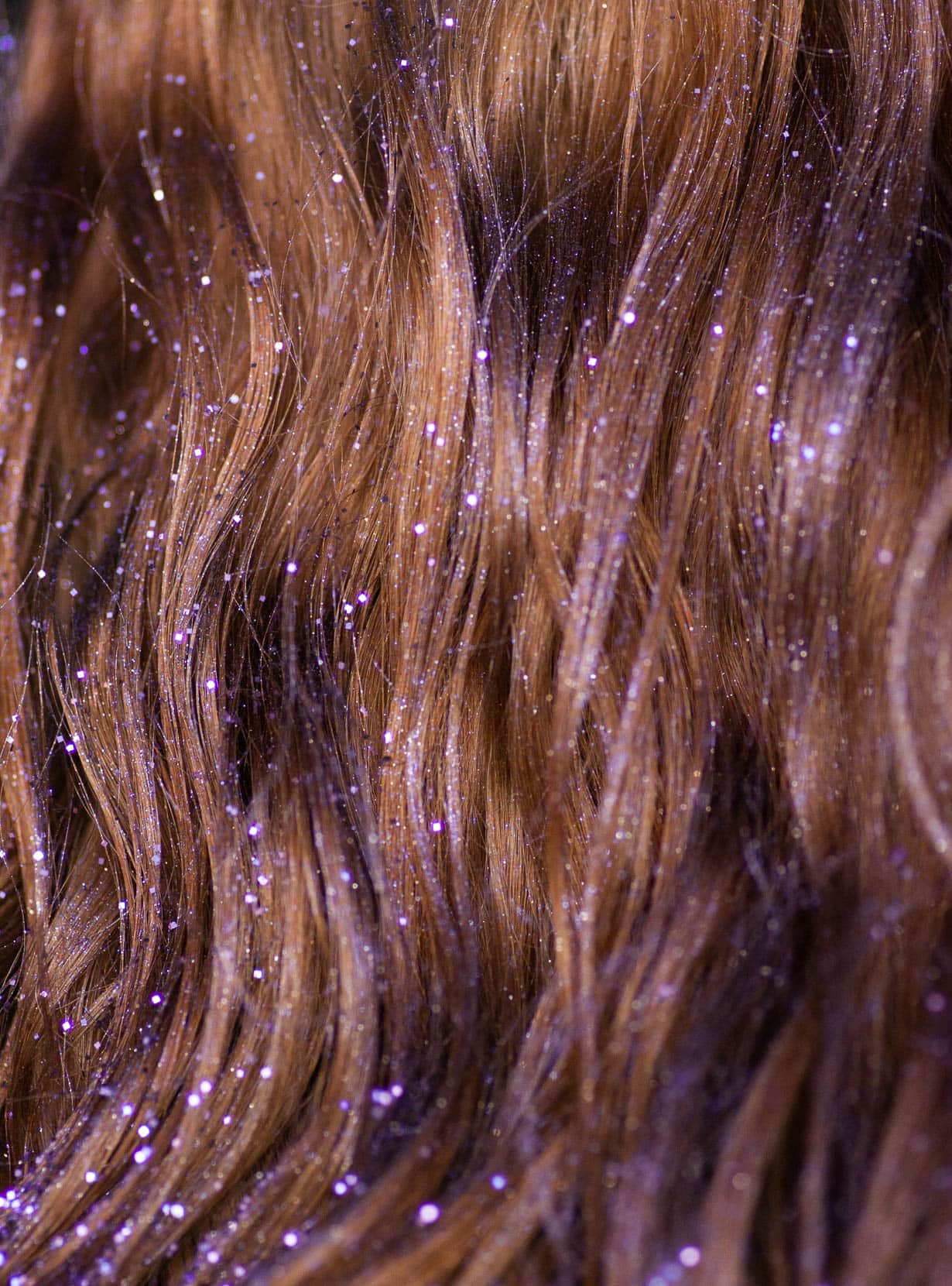 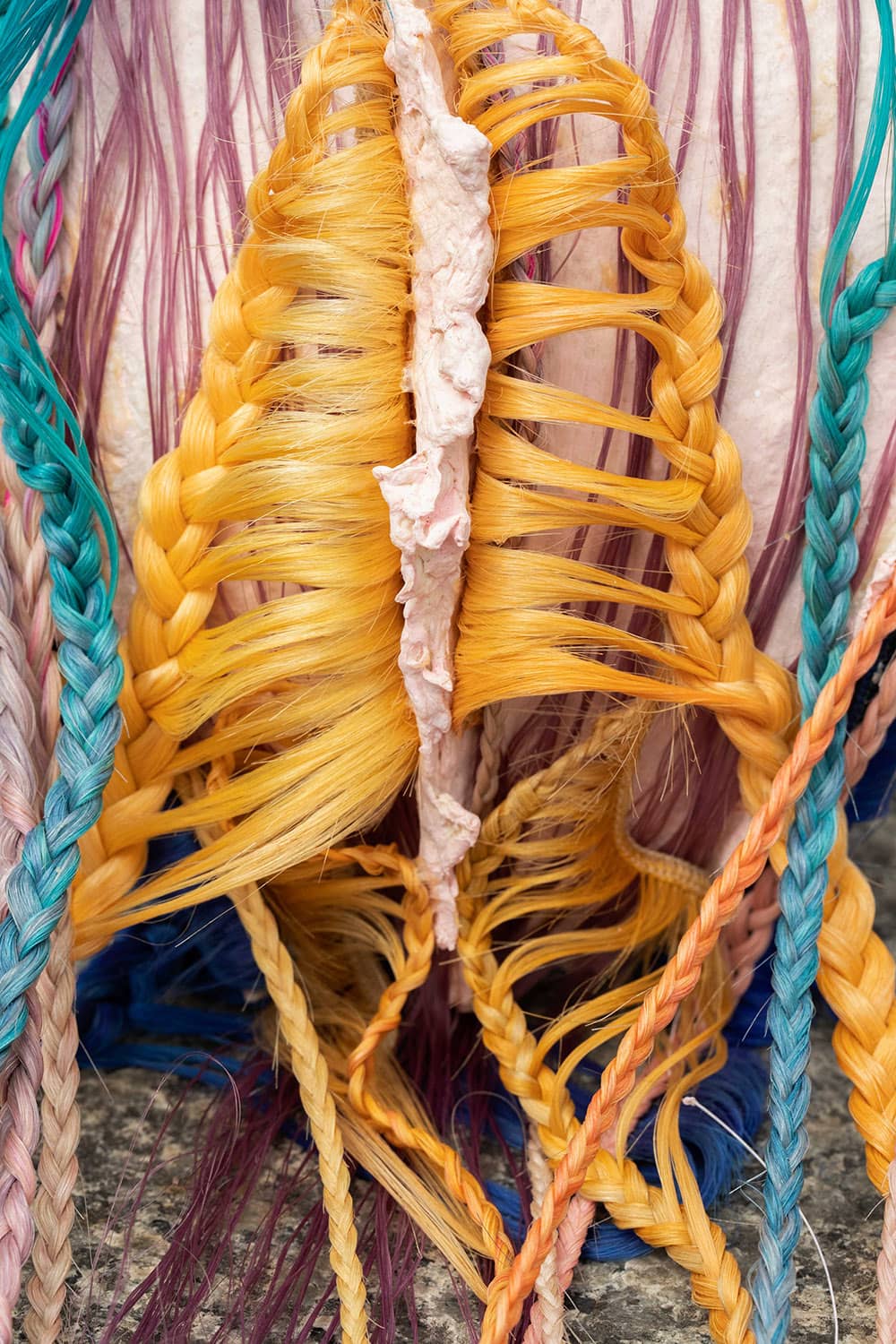 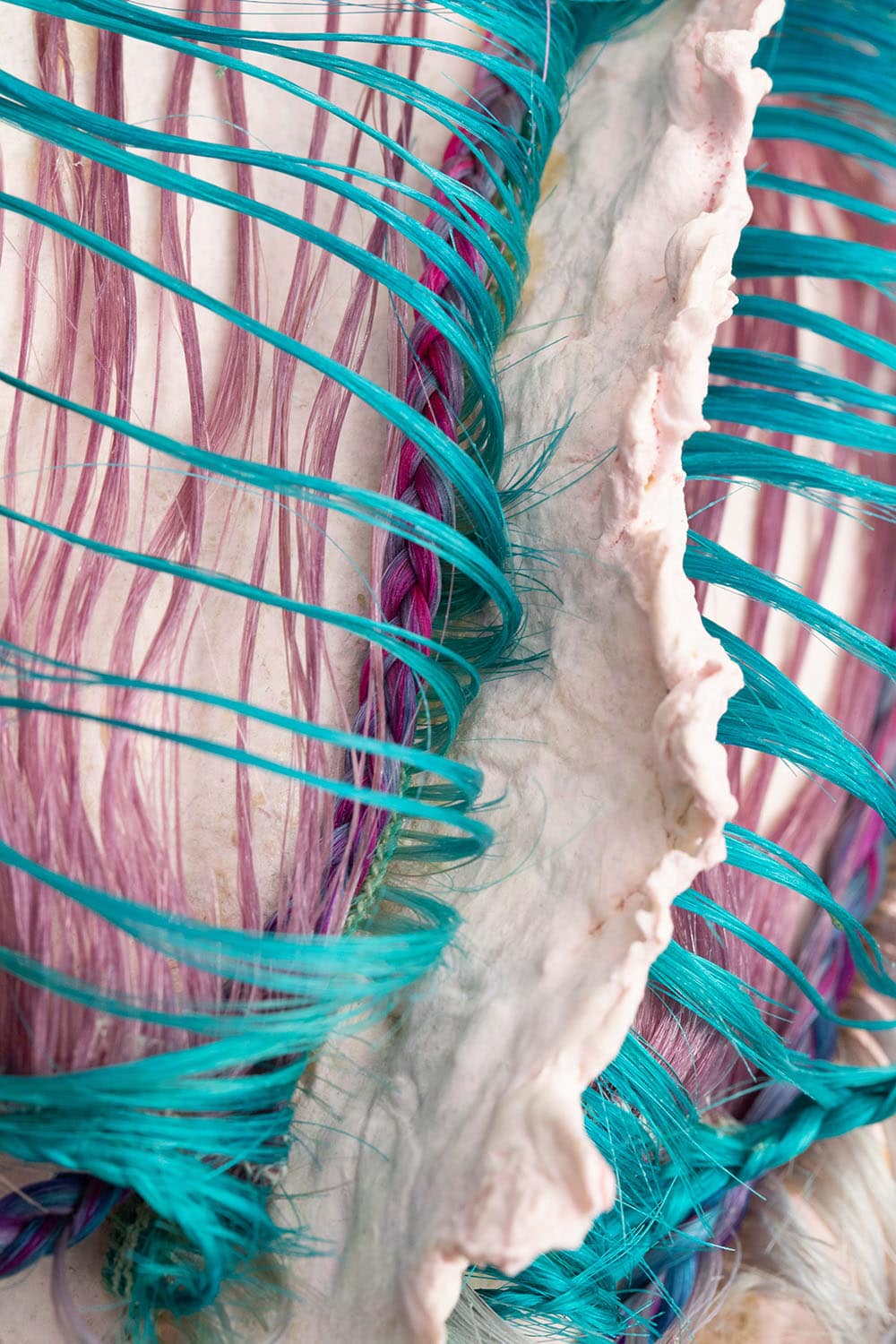 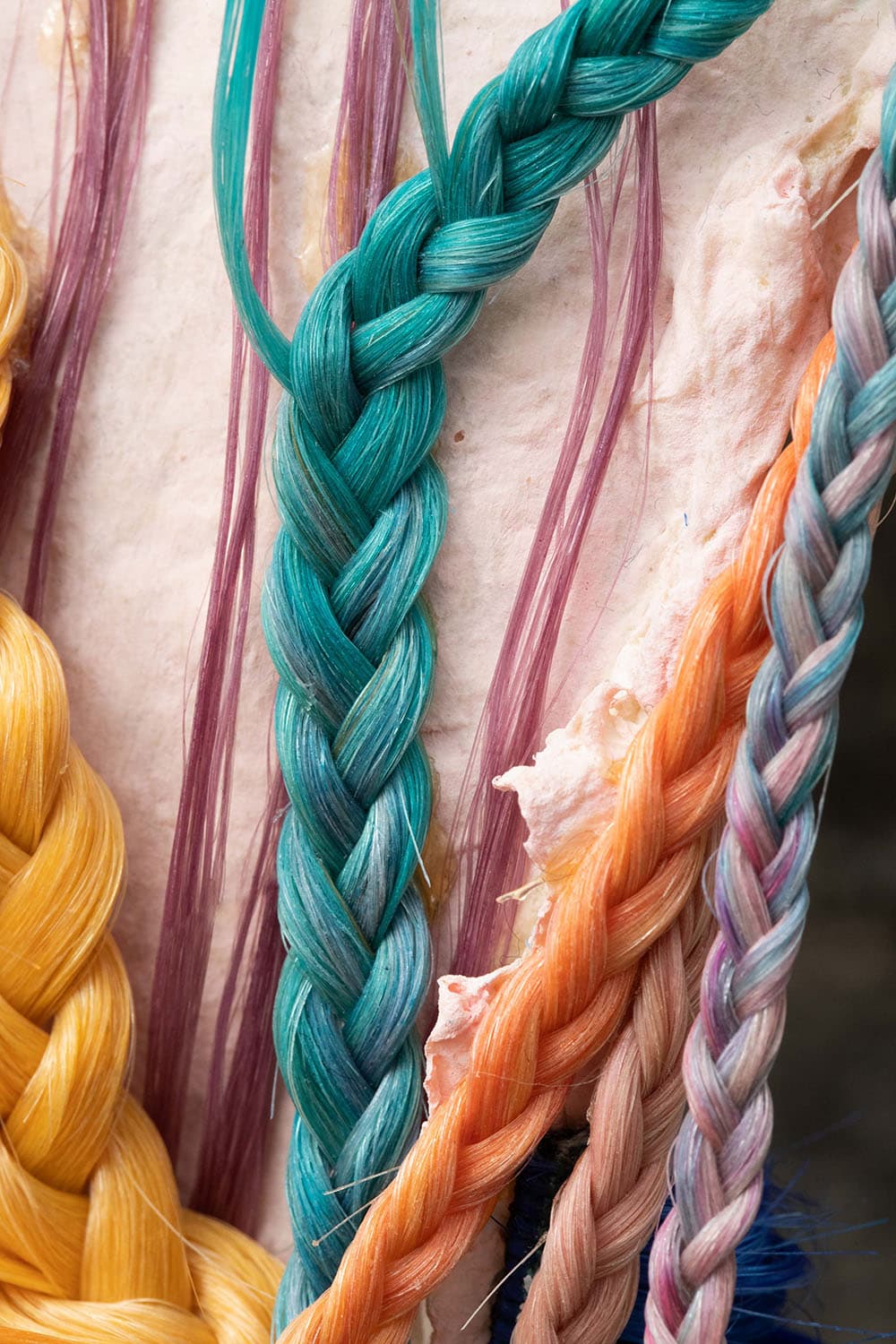 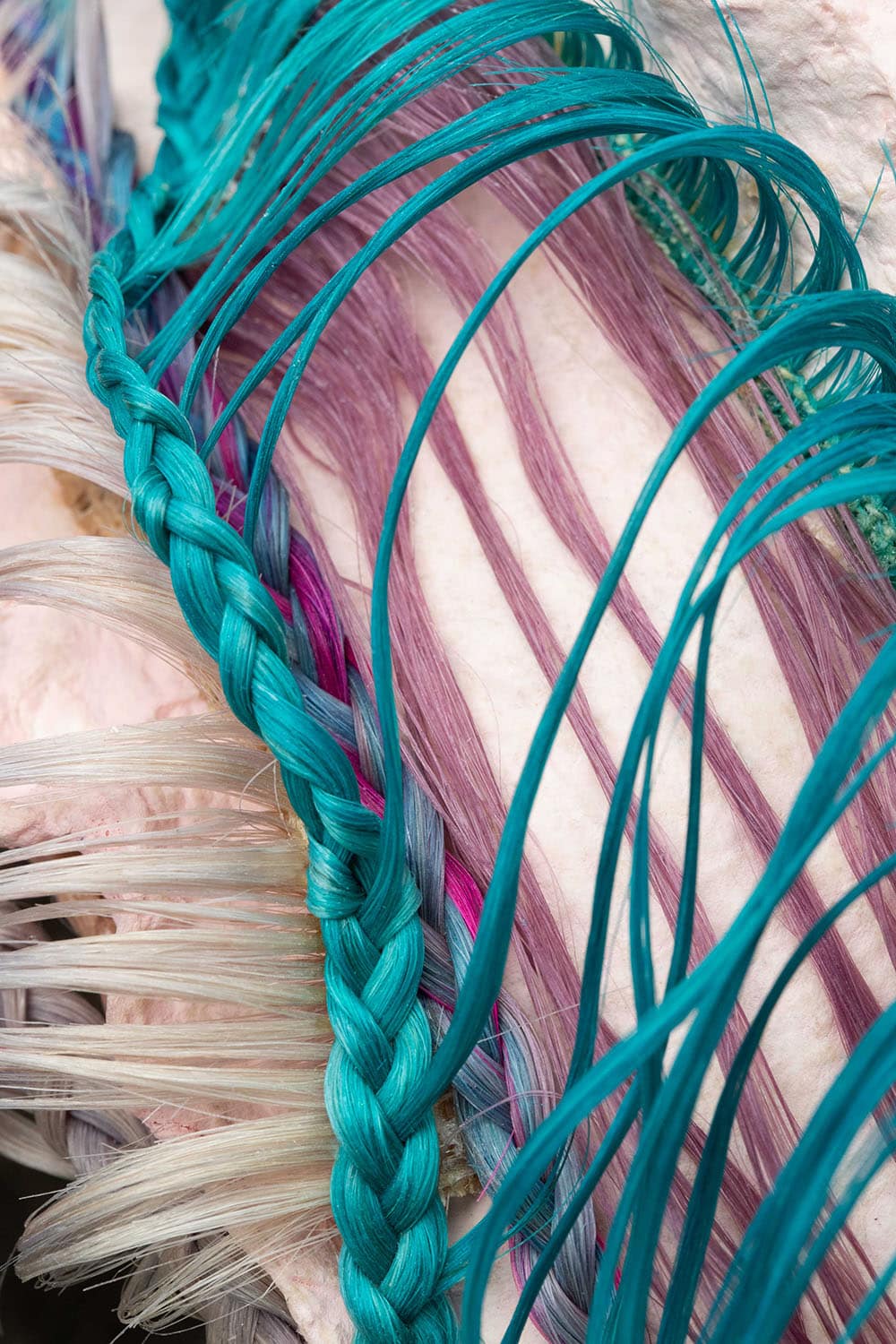 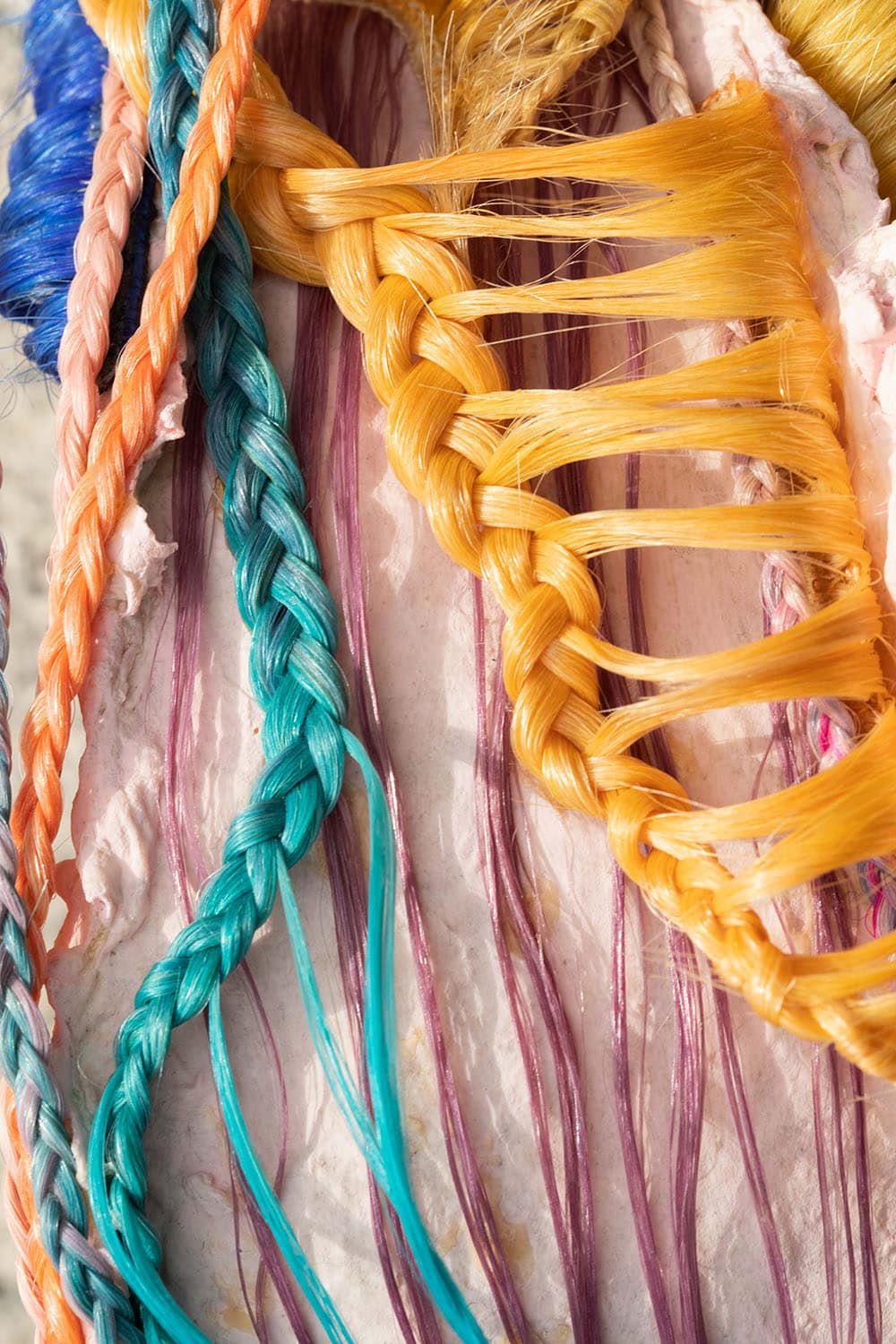 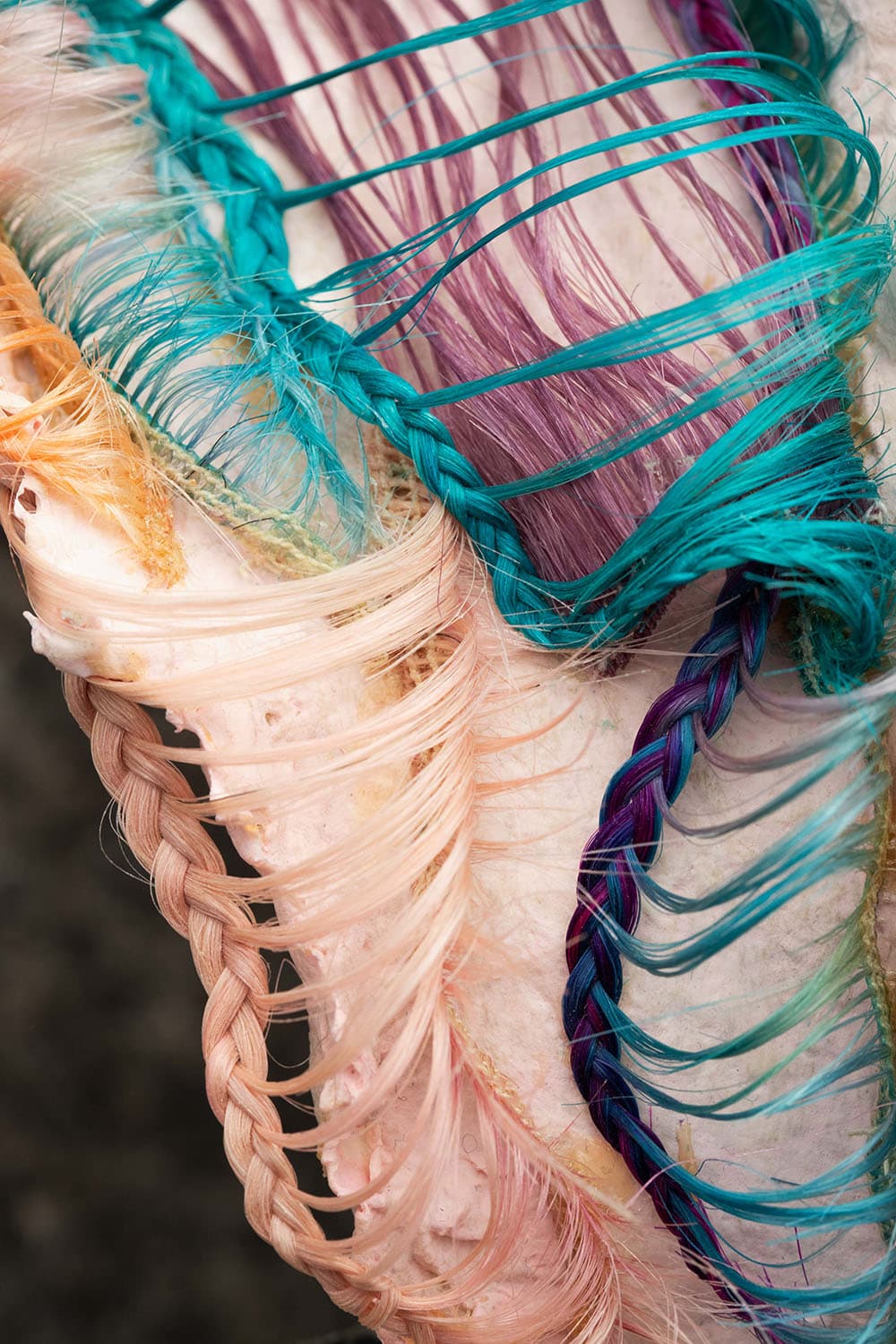