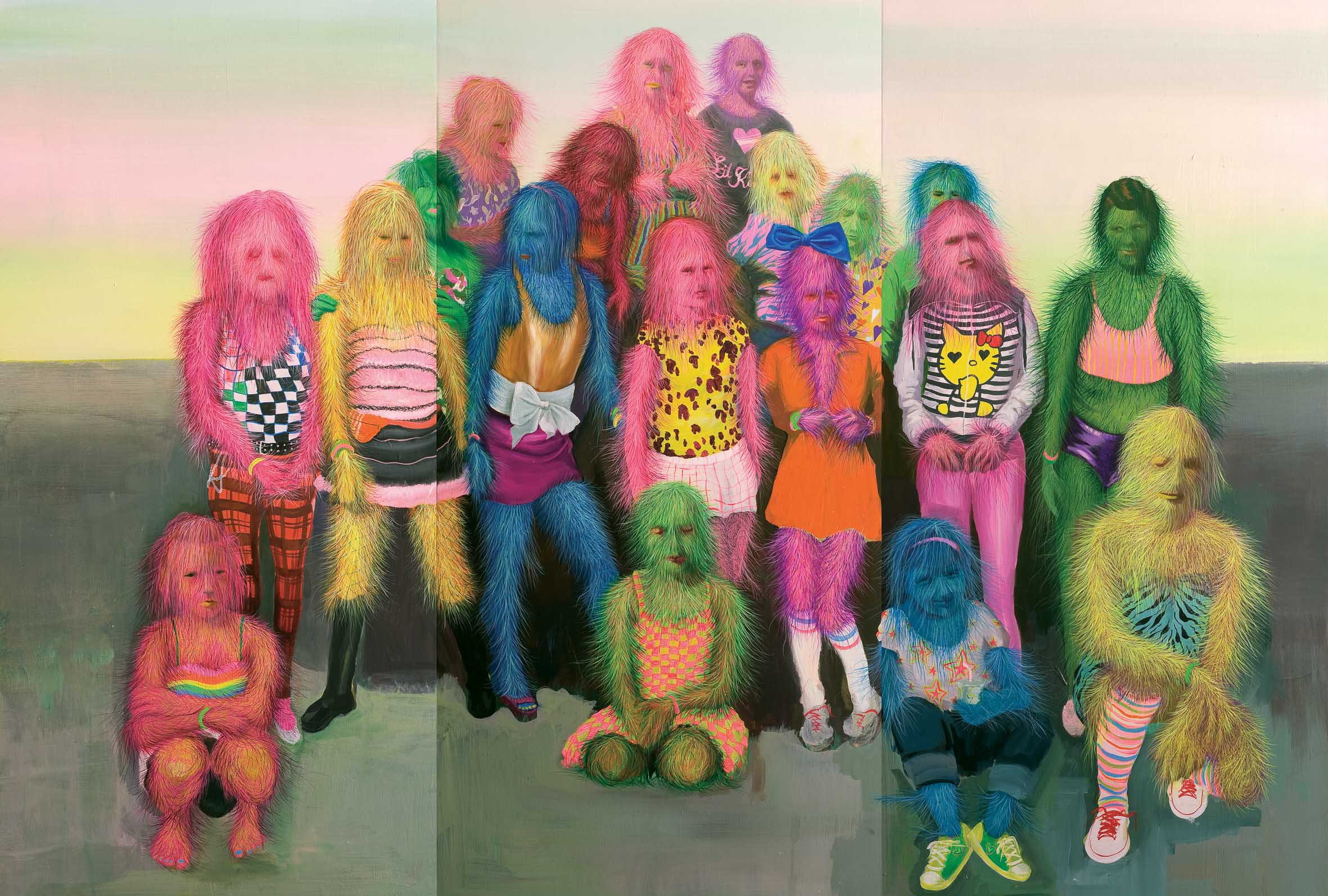 The paintings of LA artist Erik Mark Sandberg feature gawky teenagers, in traditional poses reminiscent of school portraits. Their clothes are colourful, their expressions shy, embarrassed, a little defiant – much like an average teenager forced to pose for a photograph. However, unlike the average teenager, their faces and bodies are covered in thick werewolf-like fur. 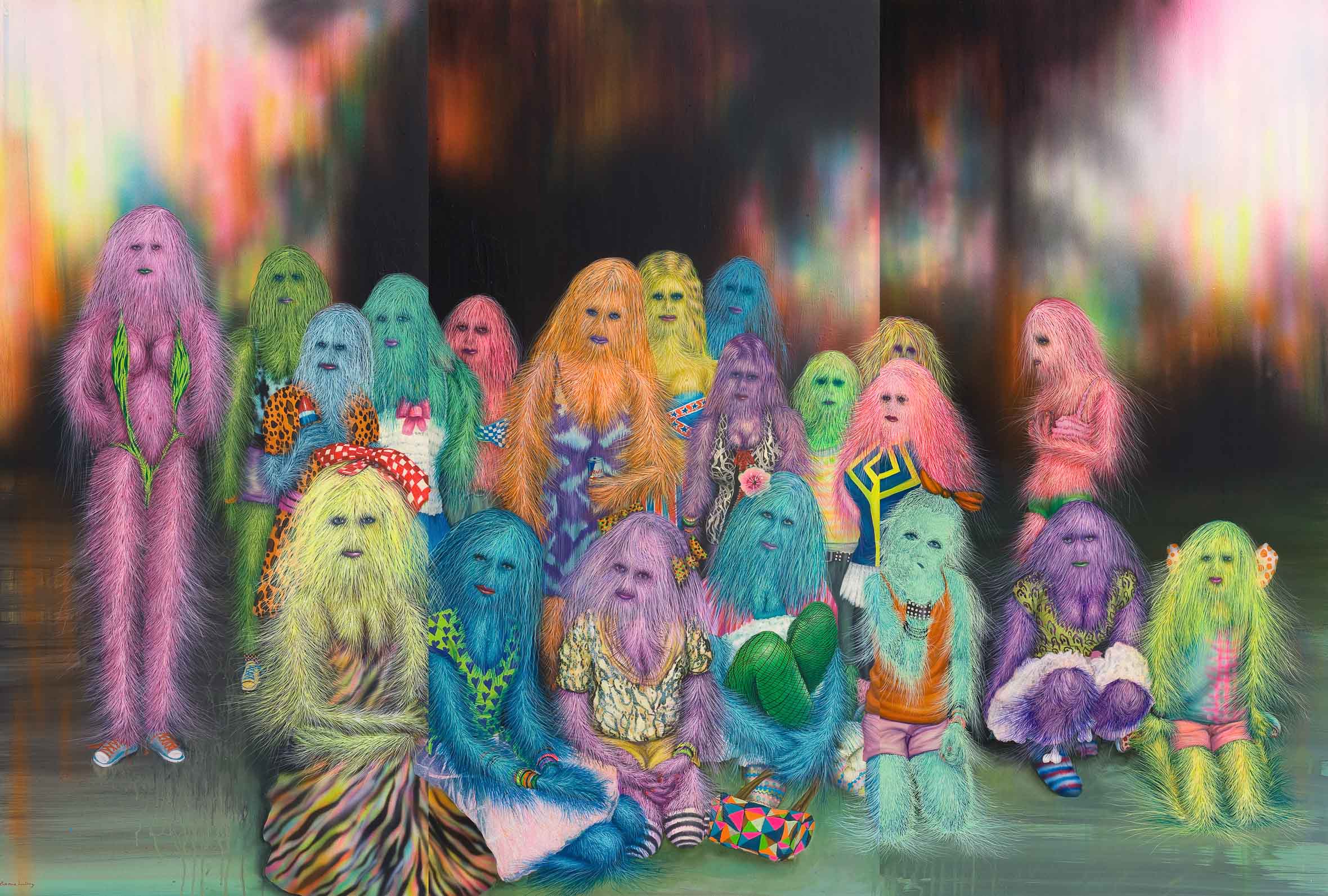 On one hand there is a sense of nostalgia to the images, bringing to mind the faded vintage ‘freak show’ photographs of circus performers afflicted with Hypertrichosis (informally known as ‘werewolf syndrome’). But the flashy colours – all synthetic sugary pastels and fluorescents – seem to contradict this. As Sandberg explains, the thick hair that covers his creatures isn’t real, but symbolic. Their furry faces act as a metaphor for the insecurities “that come with the pressures of transitioning into adulthood”. The hair shrouding their faces seems to act as a protective cloak, cocooning them, but at the same time it is an affliction, making them more visible than they want to be. They are primal, not yet fully evolved.

Sandberg’s use of aggressively brash and neon-soaked colour conveys his thoughts on the negative effects of consumer culture on young people, during their transition into adulthood. In a world where objects and information are consumed and discarded at break-neck speed, everything is overabundant, synthetic, excessive. In this respect, the hair that is seen pouring from their pores can be interpreted as a visual symbol of this excess. 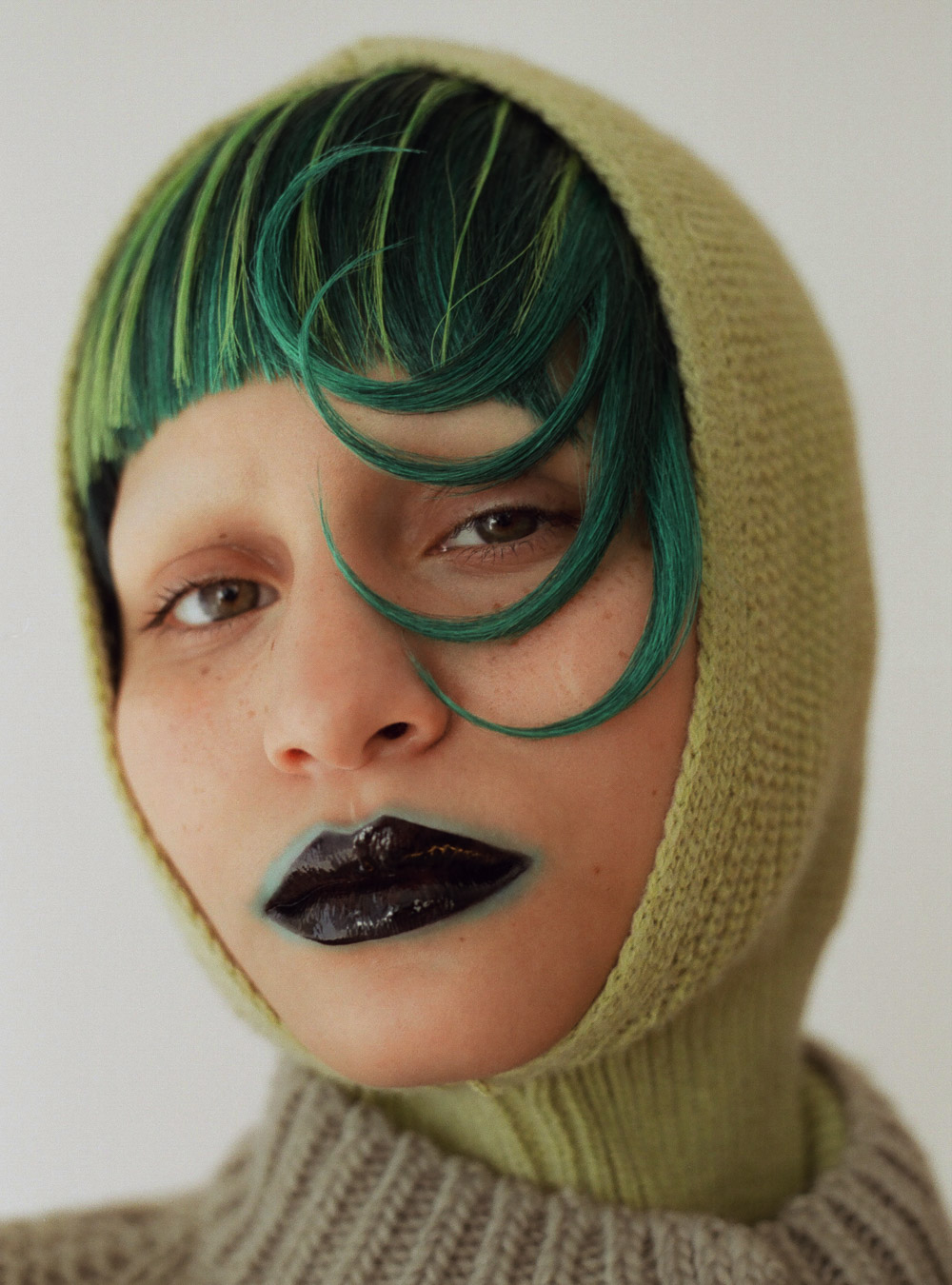 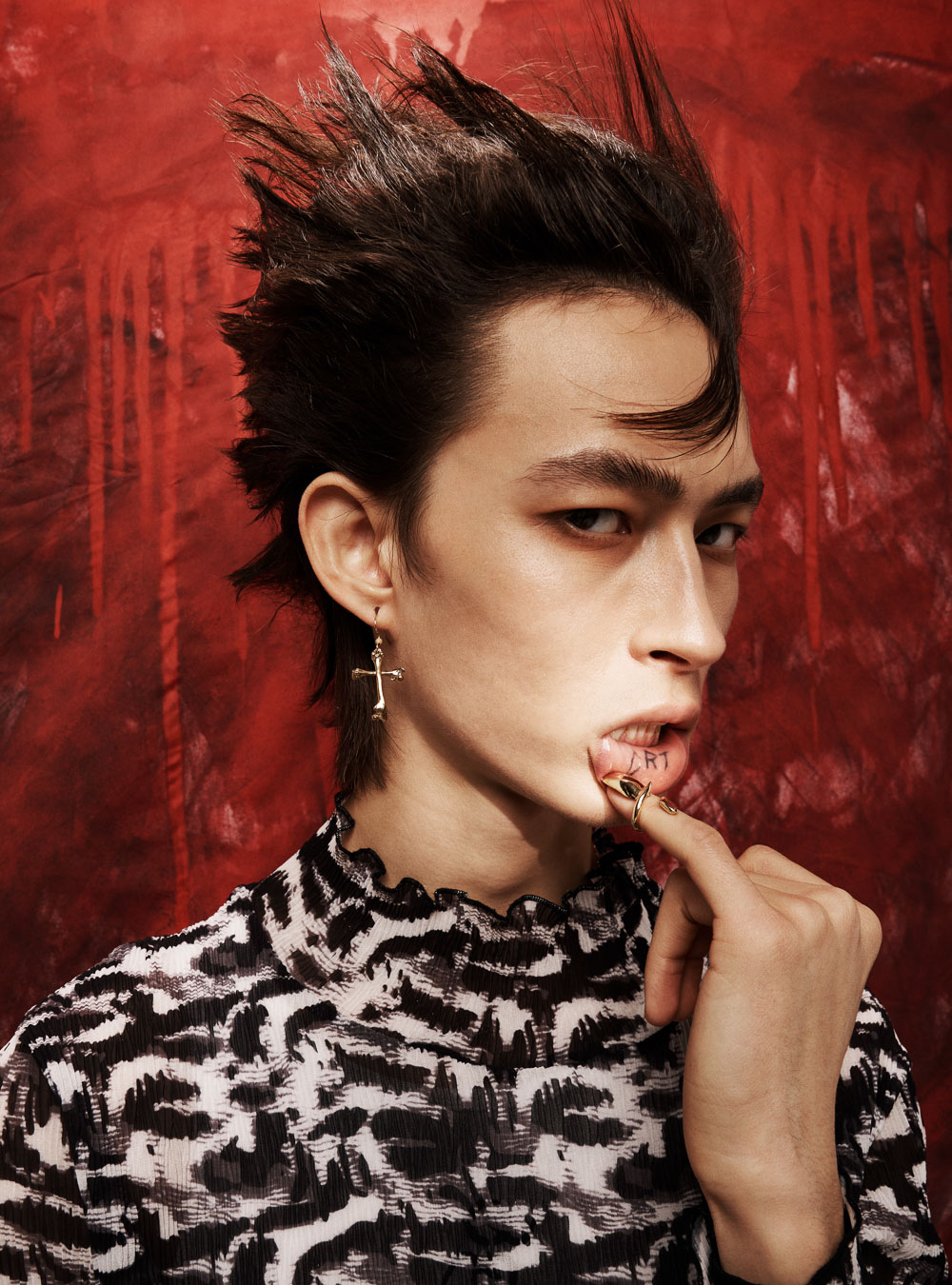 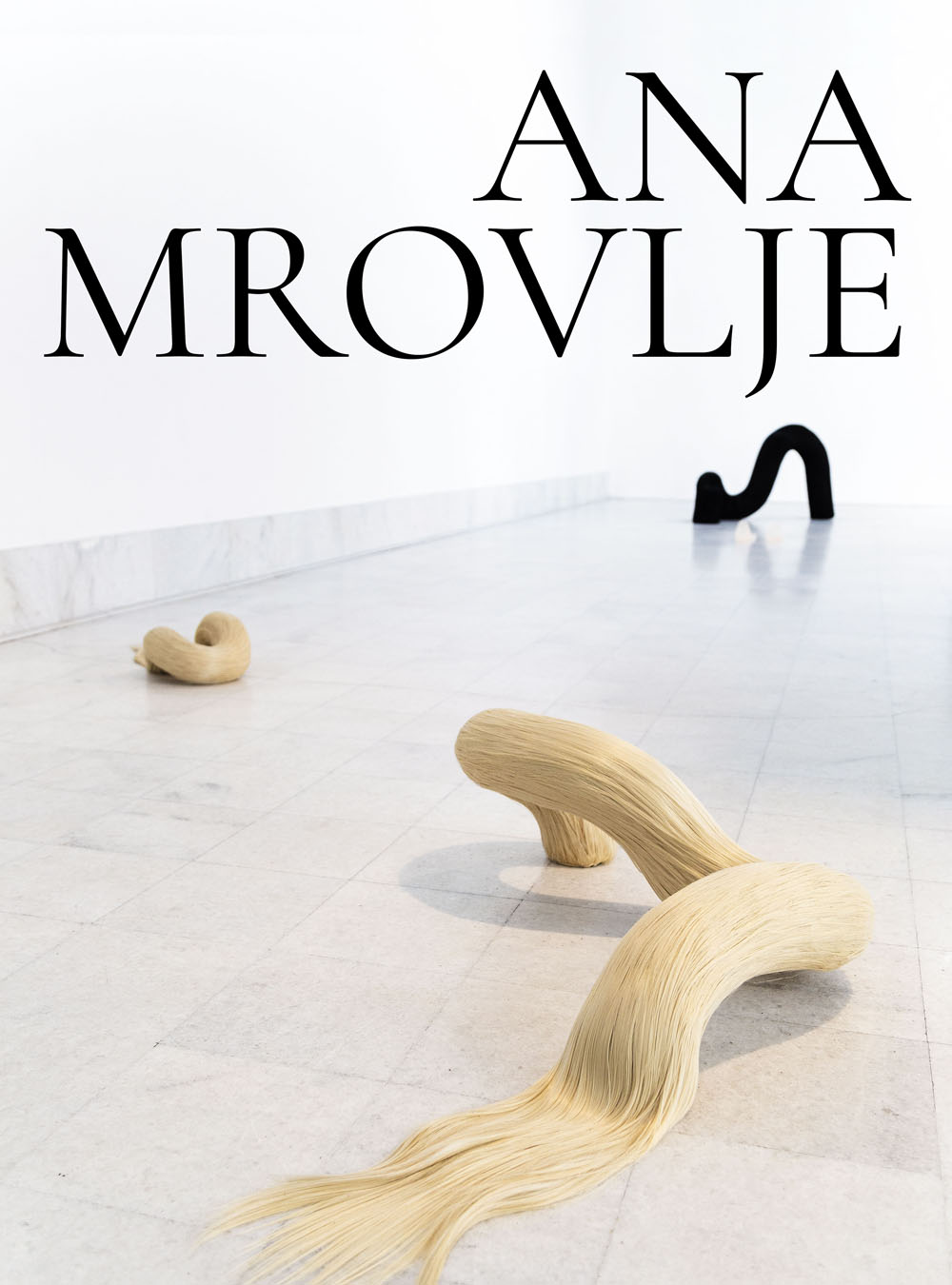 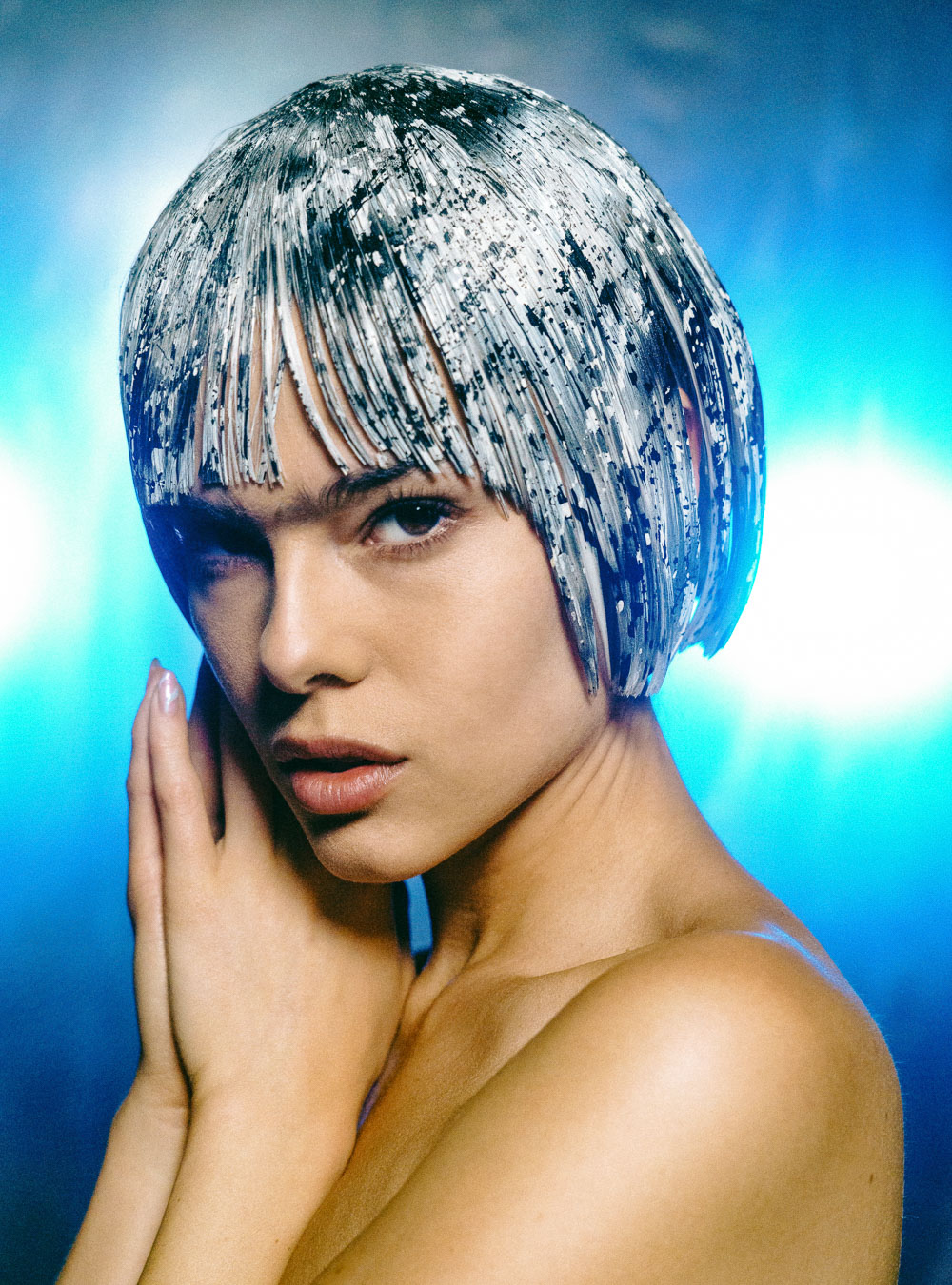 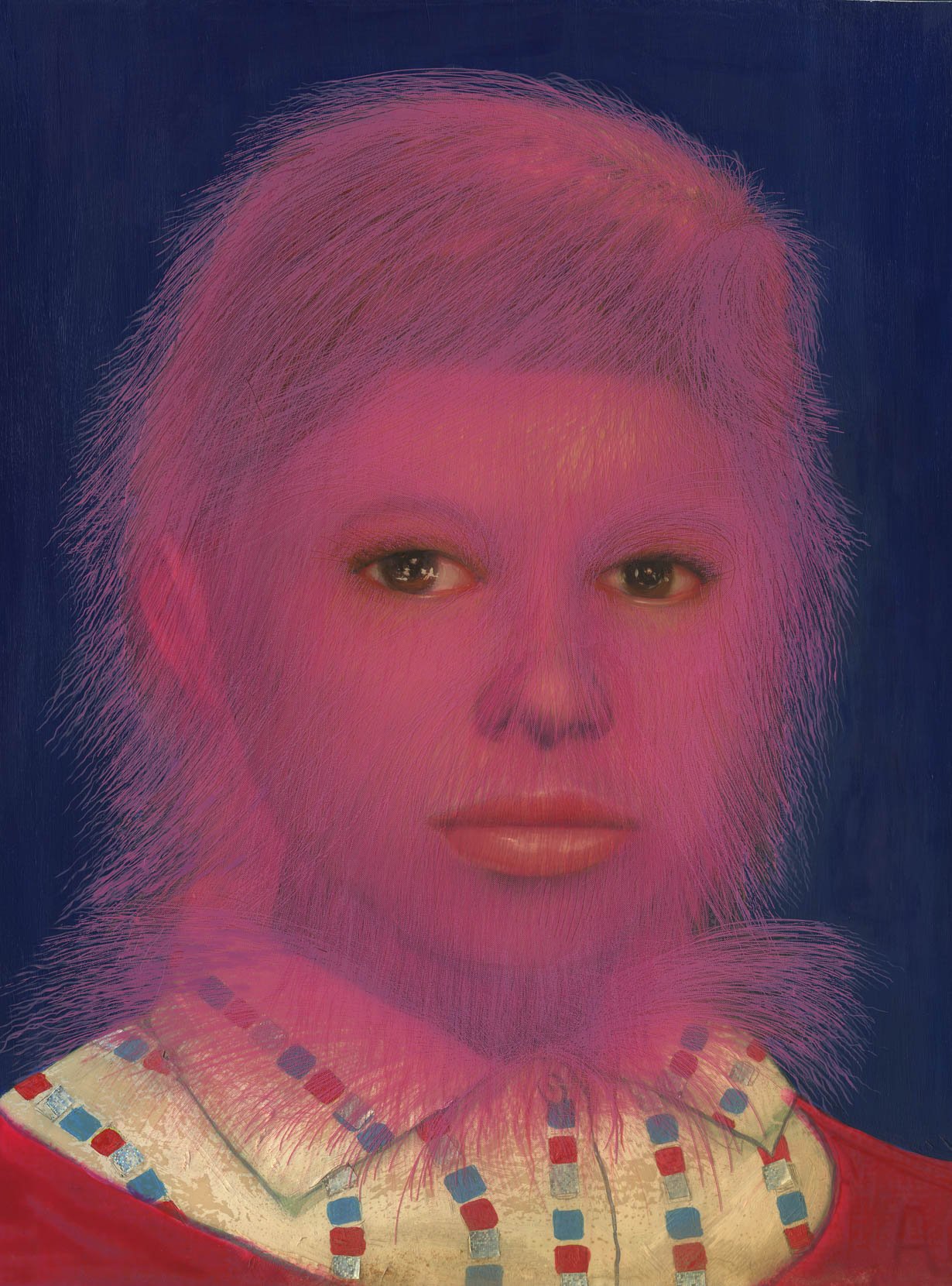 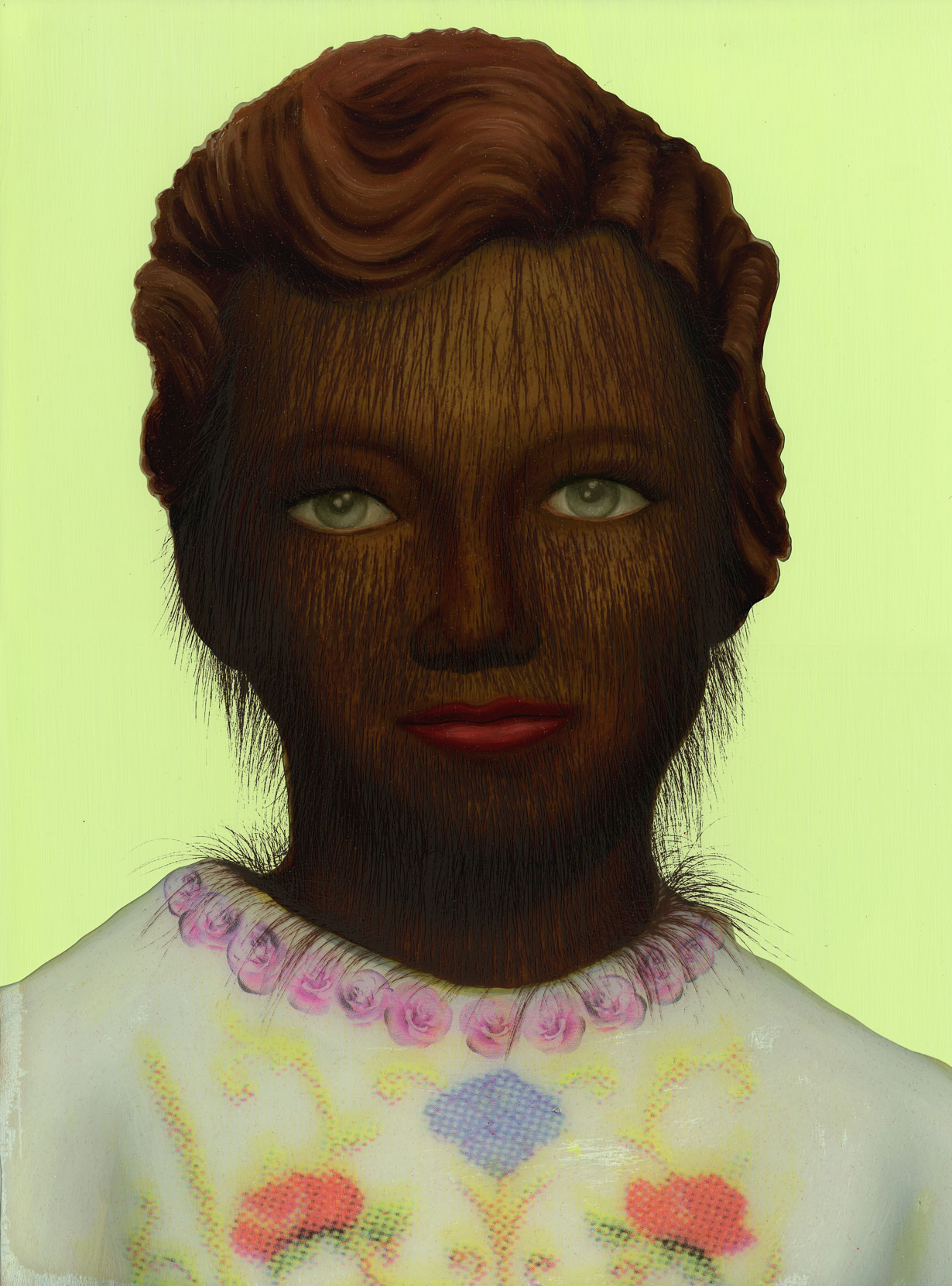 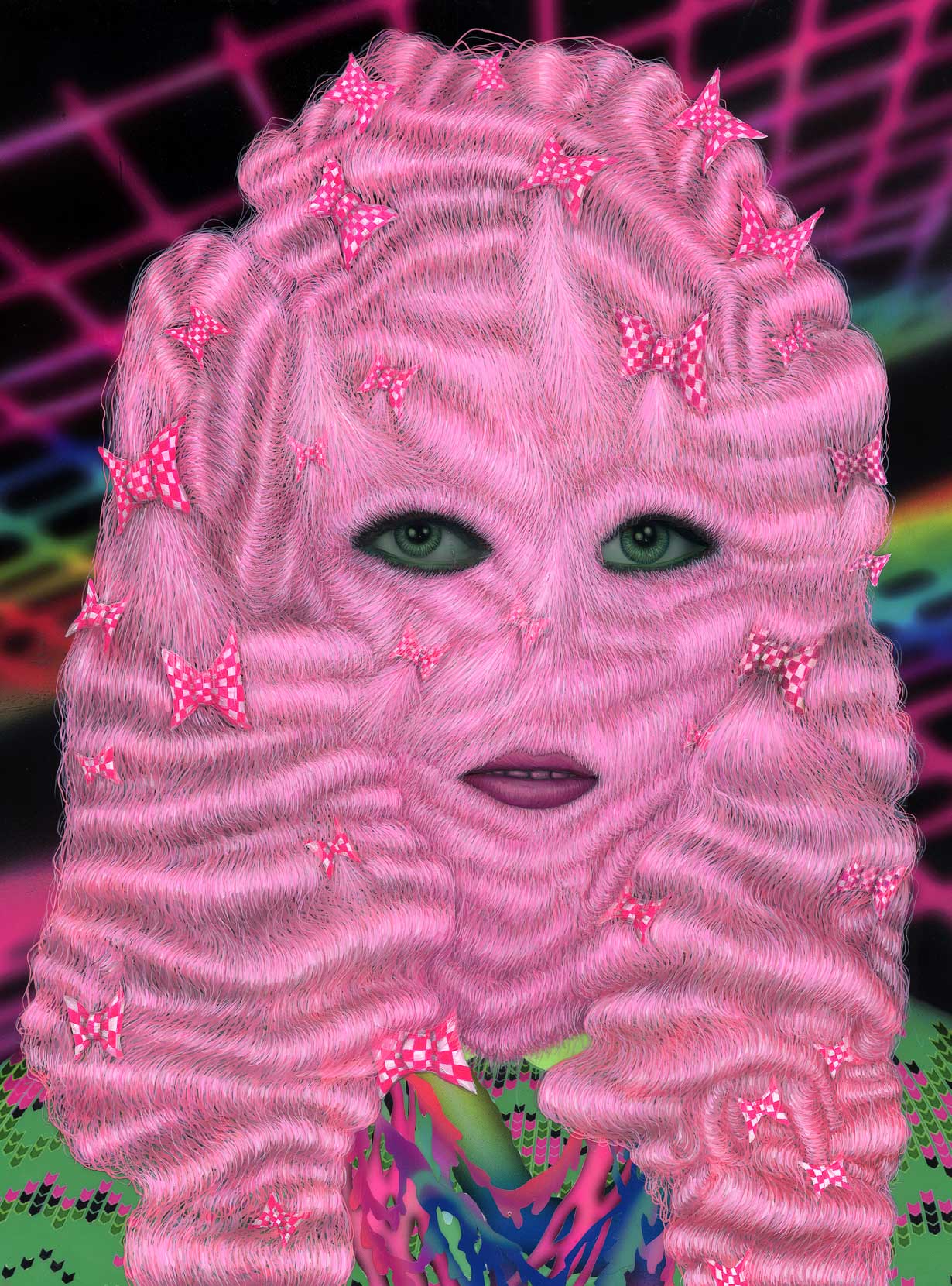 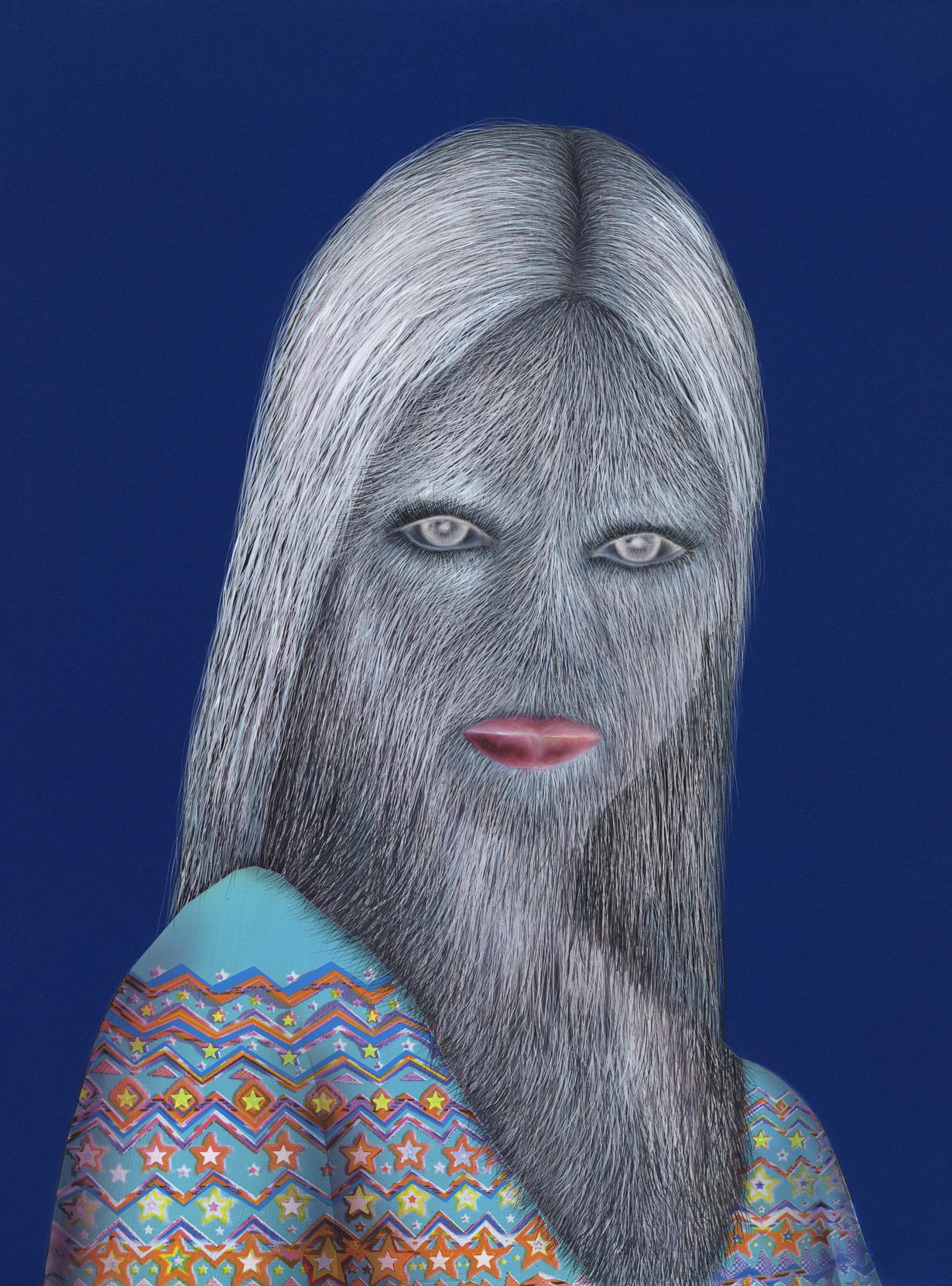 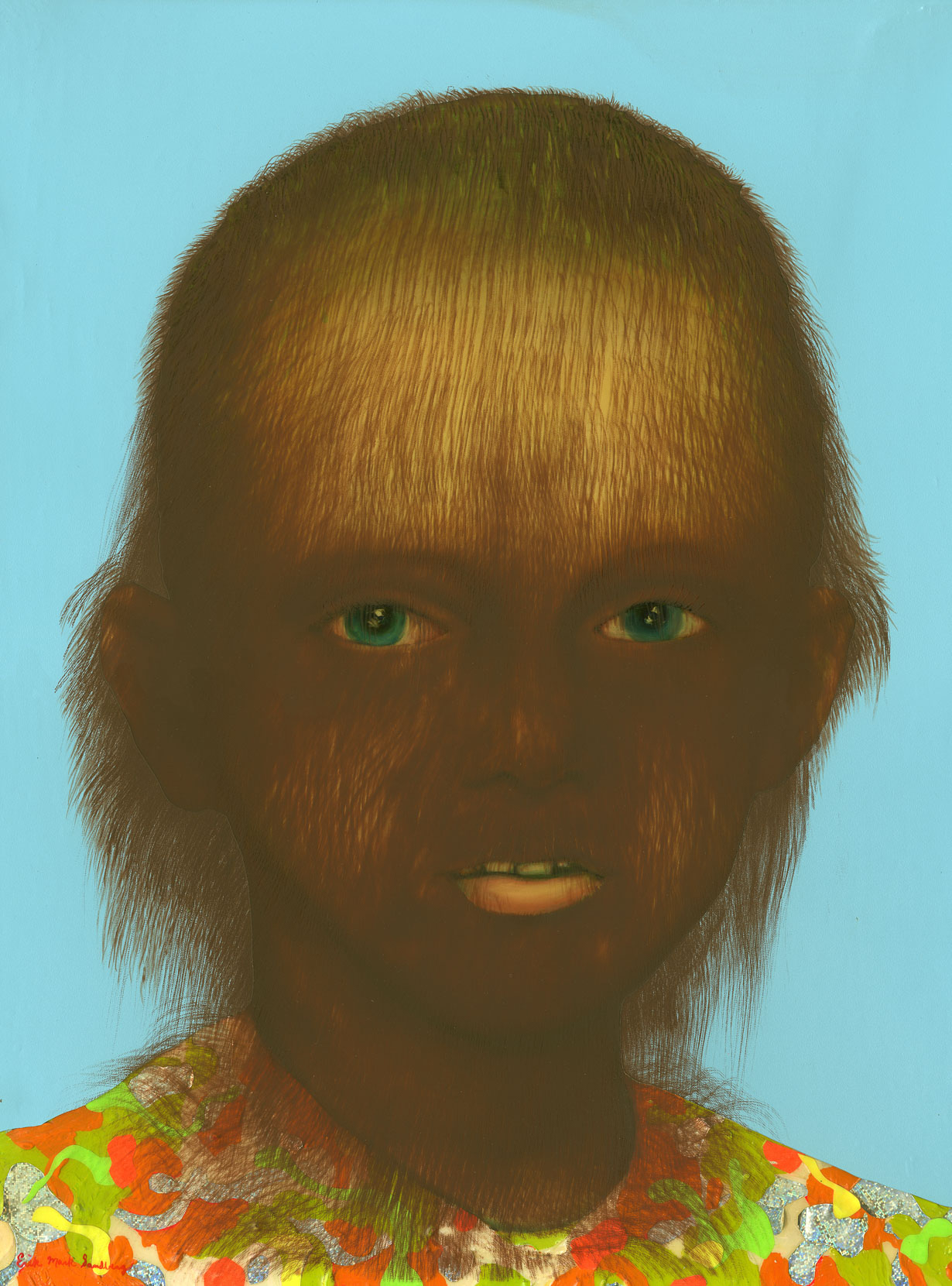 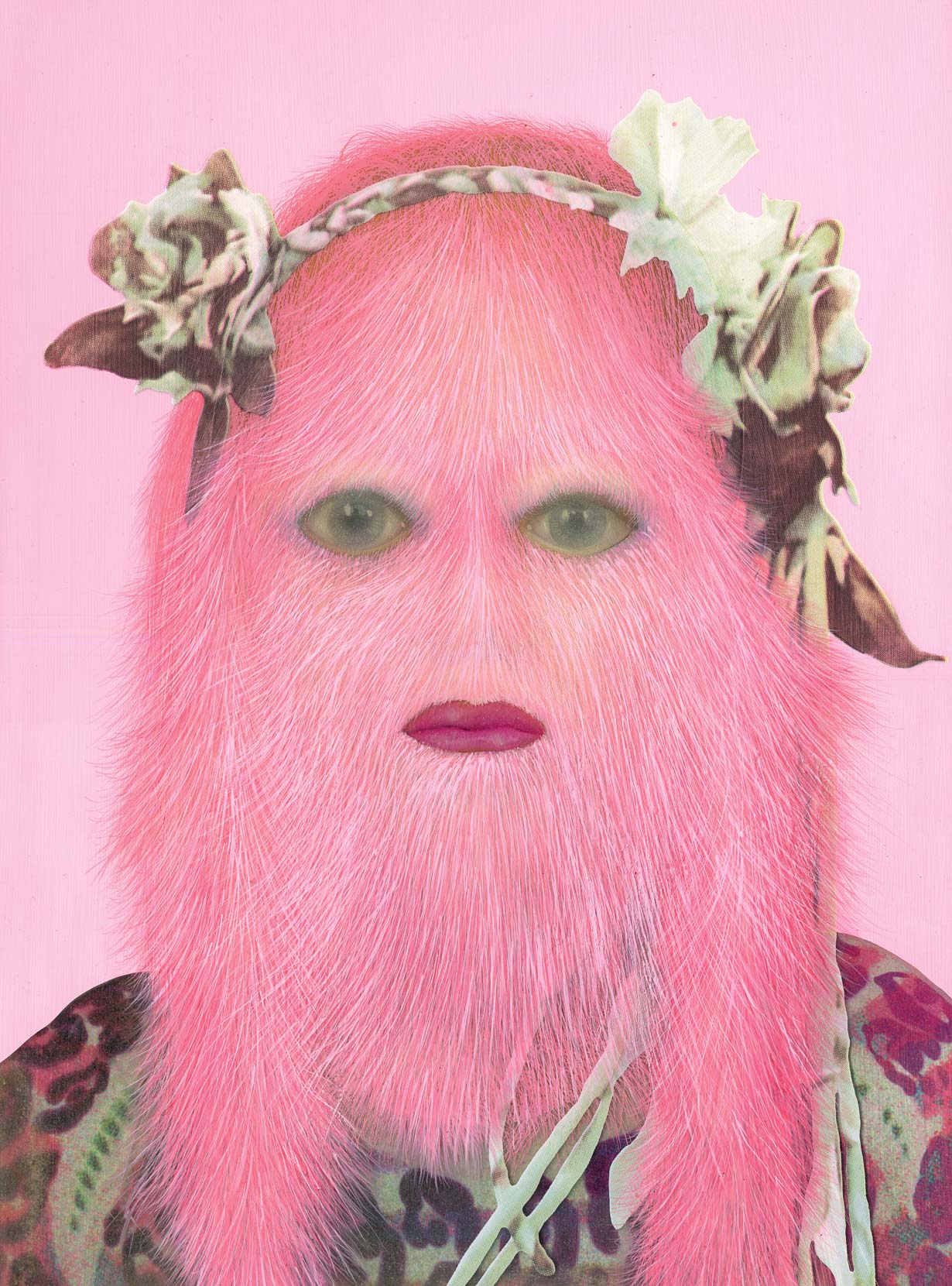