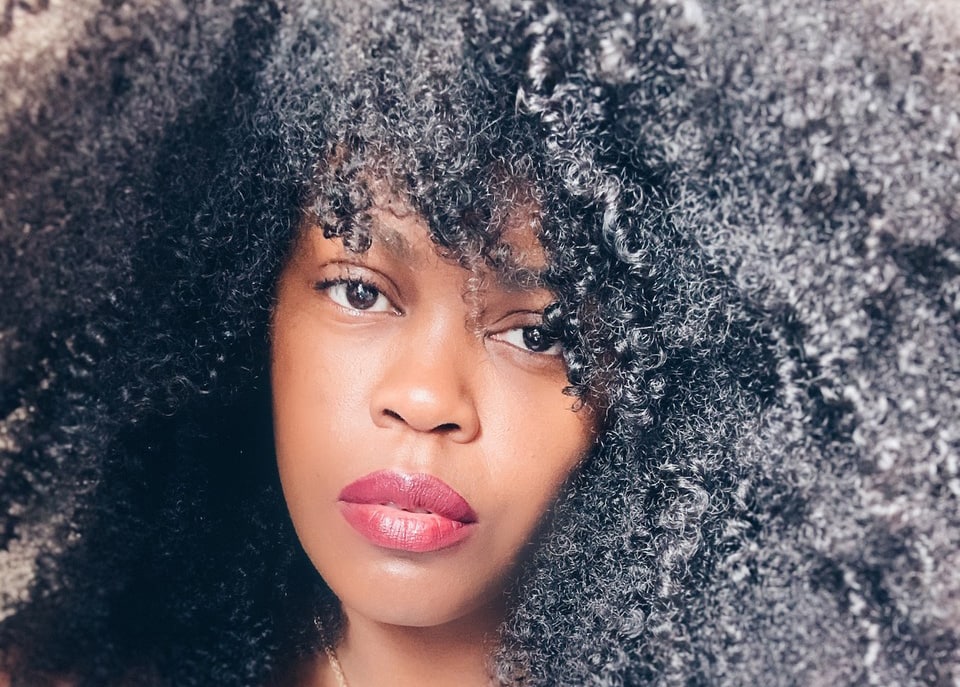 Gina Knight Wig Design is a UK-based company specialising in high quality textured wigs for those dealing with hair loss. Alongside its collection of wigs and clip-in sets, it offers everything from wig care to workshops to ensure that clients are sensitively and comprehensively cared for. This all-encompassing approach is largely down to founder Gina Knight’s innate understanding of her clients’ needs, having herself battled hair loss since 2012.

After struggling to find a good quality afro-textured wig that matched her hair type and becoming increasingly disillusioned with the Eurocentric options that dominated the market, the former salon manager and beauty blogger set out to create her own and began her new career as a wig designer. Recognising that for someone dealing with hair loss, a wig is more than just a quick fix, Knight’s focus is on creating natural-looking, properly fitted wigs that function as a protective style, free of harsh glues and adhesives likely to cause further damage. It’s no surprise that her wigs are beloved for their high quality and attention to detail, as they have to make it past their toughest critic – Knight herself. “I’m my own guinea pig so I test out all hair on myself,” she explains. “If I wouldn’t wear it, it doesn’t go onto the website.”

When Knight’s hair began to fall out after the birth of her first child in 2012, she initially put it down to post-partum shedding. But as the condition continued to worsen, leaving her with noticeable bald patches, she decided to seek help. Despite repeated visits to doctors and trichologists, it took Knight a year to be diagnosed with stress-induced alopecia. She recalls struggling to get her hair loss taken seriously, with one doctor dismissively attributing it to badly-fitted braids – despite the fact she’d never worn braids. The fact that she continues to hear similar stories from her clients has convinced Knight that hers was not an isolated experience. “I think trichologists and GPs for the most part are well trained but often racial bias comes into play in the initial diagnosis, it’s almost as if they size you up as soon as you walk though the door,” she says. “What I’ve found is that even if clients have hair loss due to hairstyles, it’s the result of an underlining condition or it has stemmed from trying to cover up an existing hair loss issue. That being said there are many amazing trichologists who specialise and have vast knowledge of afro hair and scalp conditions.”

In 2015, Knight took the plunge and shaved her head – a tough moment that marked a turnaround point in her hair journey. While on the search for a wig, she became dispirited by the lack of options available and decided to make her own, a decision that set her on a steep learning curve as she got to grips with all the different elements of wig making and styling. From developing a truly protective glue-free style, to ethically sourcing high-quality human hair that could create the right afro texture, Knight admits that it’s been a journey of trial and error. “It was quite difficult in the beginning to find manufacturers that could do everything, like have great quality virgin hair and also create the texture and understand how afro hair textures work,” Knight explains. “Now there are so many options, though I still find many black women prefer the silk straight look, but I’m trying to covert them… one wig at a time.”

Your early experiences with hair were quite complicated. Growing up with a white foster family in southeast London, you’ve previously said you were “always the girl who broke the comb with her hair”. How do you think this has affected your outlook on hair? Hair is very important to me. Growing up it was a way of connecting with other black girls, I always stuck out amongst my peers due to my upbringing but hair was always the common denominator. I would braid friends’ hair and it would always be something I could talk about culturally.

Does it make you think about how you’ll approach hair conversations with your two daughters? Yes definitely, I always try and highlight how unique and wonderful my daughters’ hair is. I never want them to feel like the way their hair grows naturally is something to hate or be ashamed of. I do this by getting them involved in the hair care process so it’s not something that is being done to them. It’s not a chore, it’s a form of self care.

Your latest creation, the Ororo wig – is a beautiful sight for so many reasons, not least because it acknowledges that grey hair shouldn’t have to be covered up. Can you tell me a bit about how its creation came about? I’m all about embracing the natural, hence why I produce the wigs that I do. Hair loss affects many women, and when they hit their late 30s this coincides for many with seeing those first greys. I’ve also had clients that have undergone chemo and their hair has grown back silver or grey so it was important for me to represent these women. The Ororo wig took a lot of work to design, sourcing the hair was difficult as I focus on afro textures and creating the curls and kinks on grey hair is hard due to how delicate the hair is. I’ve been pleasantly surprised by the reception, many clients love it and are thrilled that they can now have a piece in their wig wardrobe that represents them fully.

Your ethos, of hoping that women will be able to get to a place where they’ll see your wigs as a way to enhance themselves rather than simply a means to hide their hair loss, is something that takes immense courage and confidence. Do you feel that this is a mindset that you have achieved or is it an ongoing journey? Yes, it’s definitely a process that even I still struggle with. There is something different about having a bald head by choice as opposed to having no control over it. It’s a control issue and the helpless feeling can be very strong and affect our self esteem. Some may never get to that point but those who do will benefit from the freedom.

As a business owner in the hair industry, do you feel there has been any significant improvement over the years in terms of understanding black women’s hair needs? Money talks, more mainstream brands are realising the buying potential of black women. So this has led to some definitely trying to be more diverse. But in all honestly, we as black female business owners have been fending for ourselves for quite some time. What these larger brands need to do is help to elevate us. There is plenty of room at the table.

Loving @singkirbysing in her oba 4x4 lace closure wig with added bundle for all that volume! Also yes! We are no longer doing telephone voices! Take us as we are colour by @milenarosehair 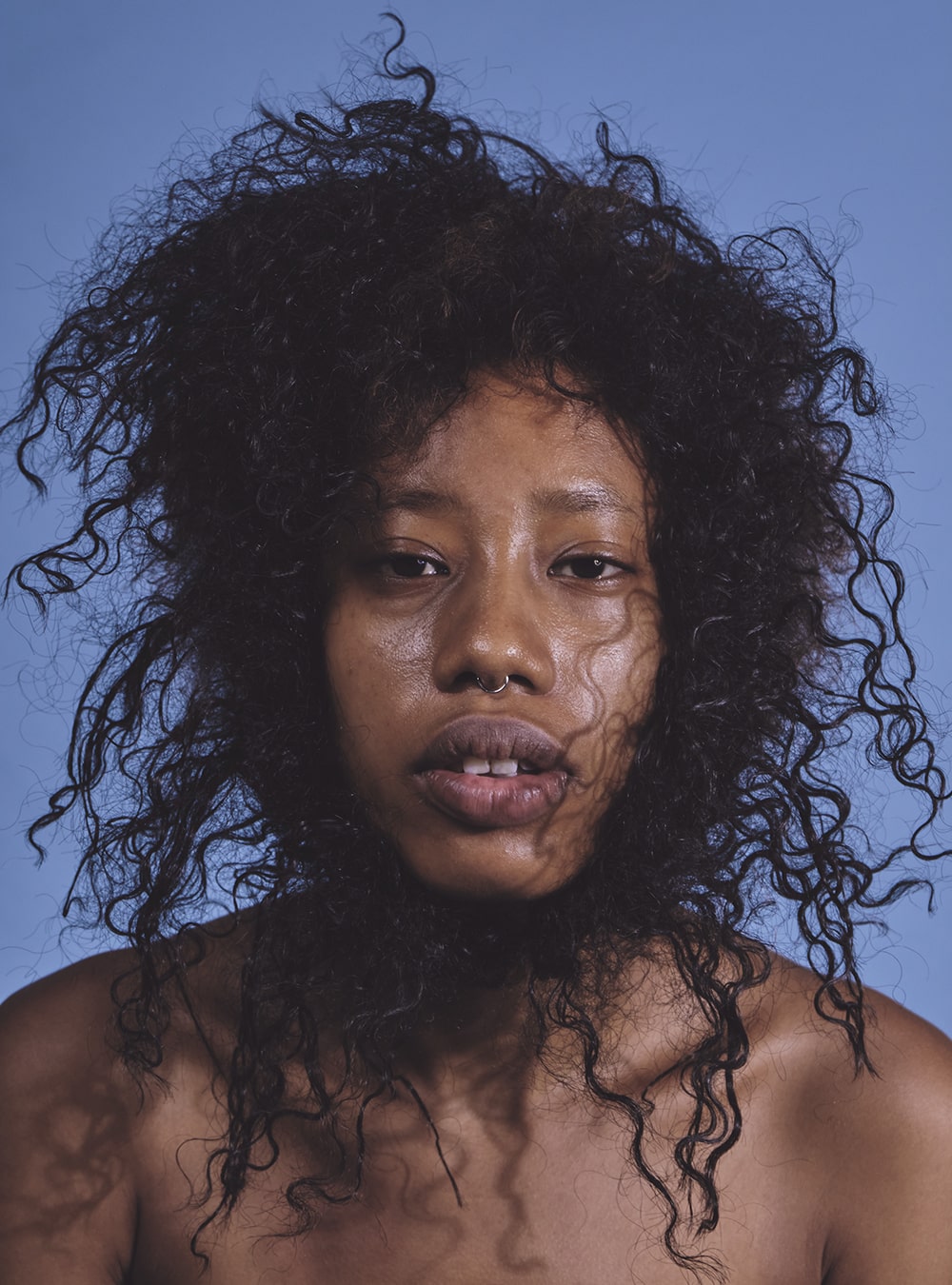 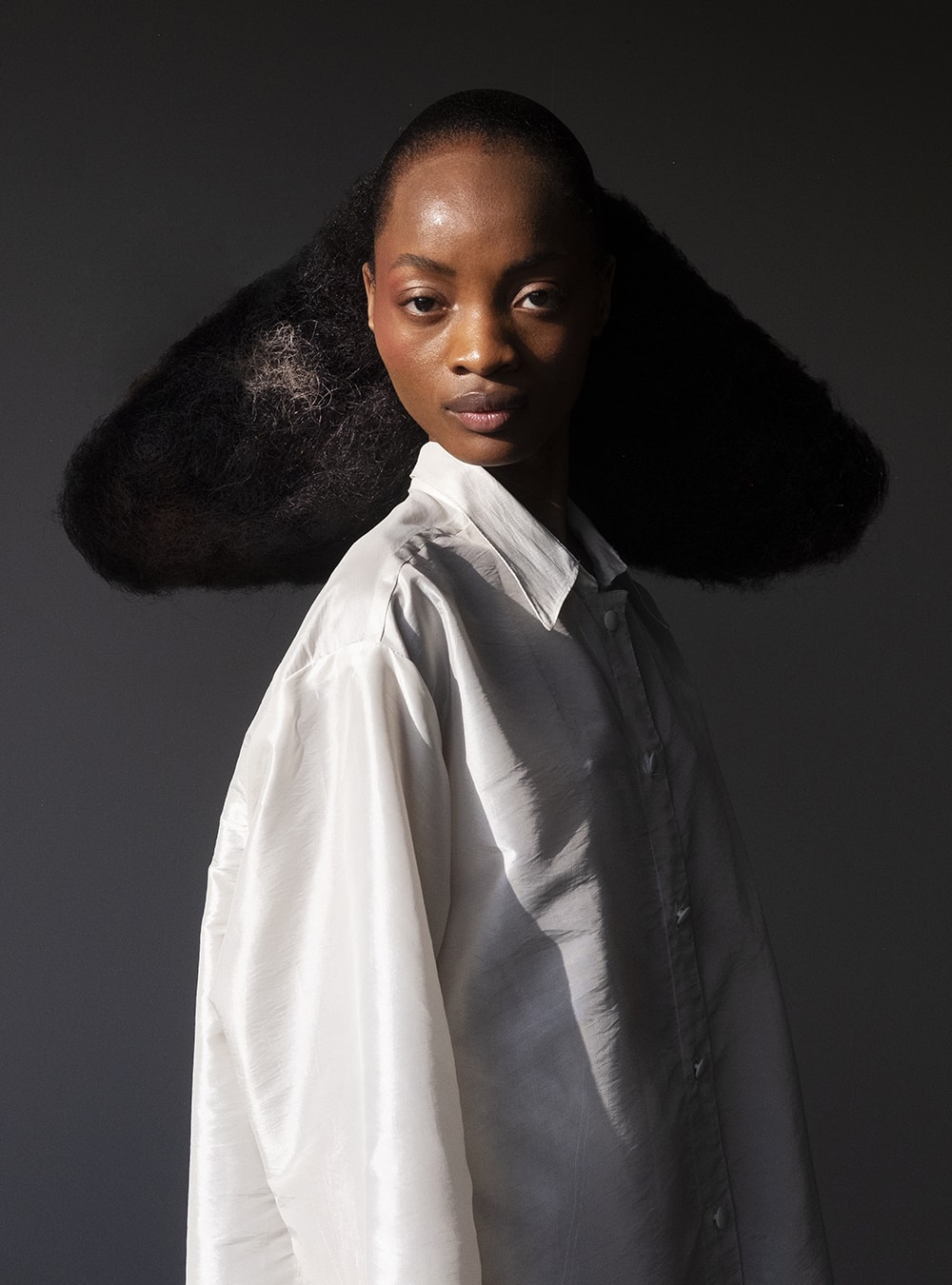 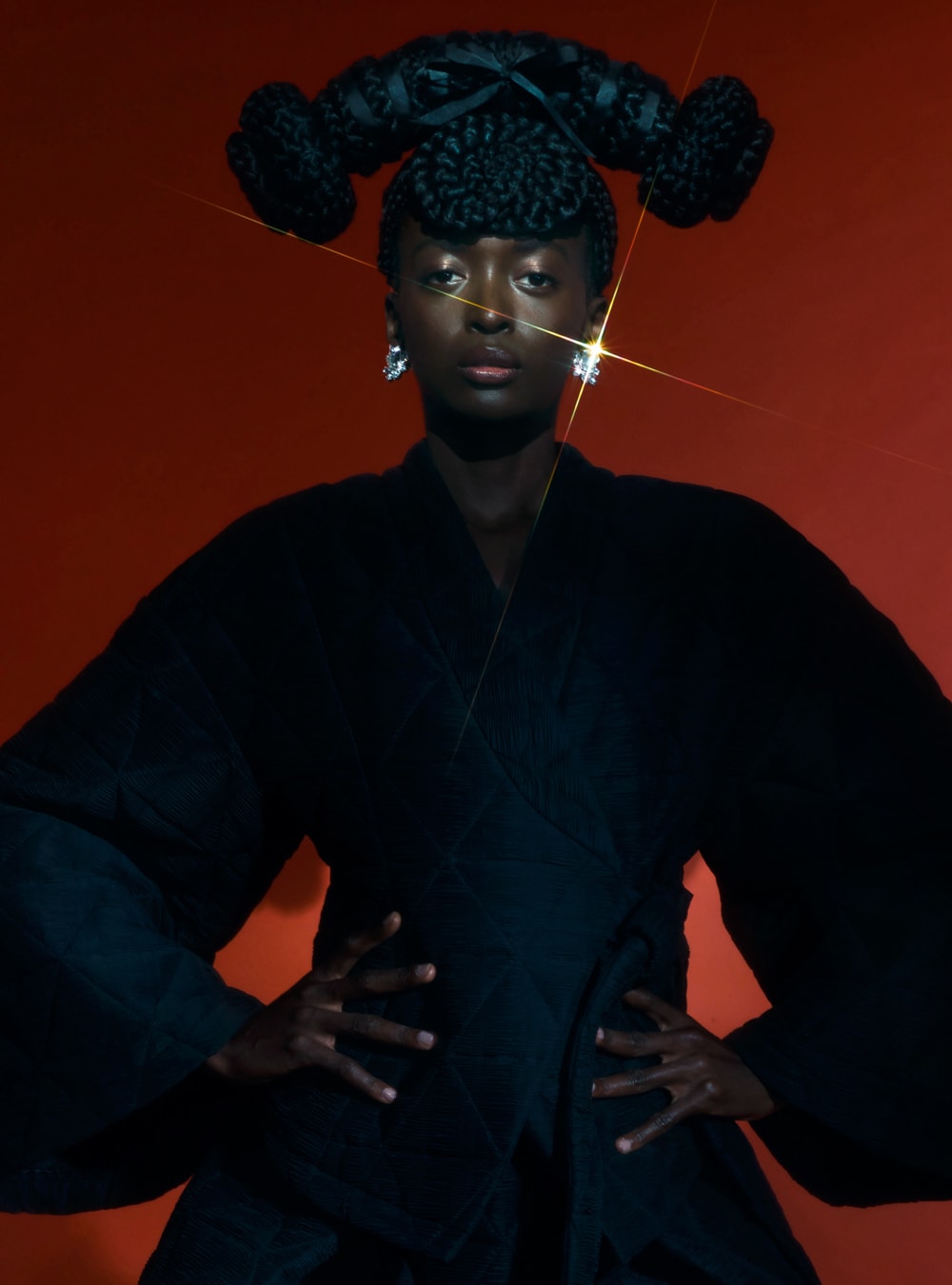 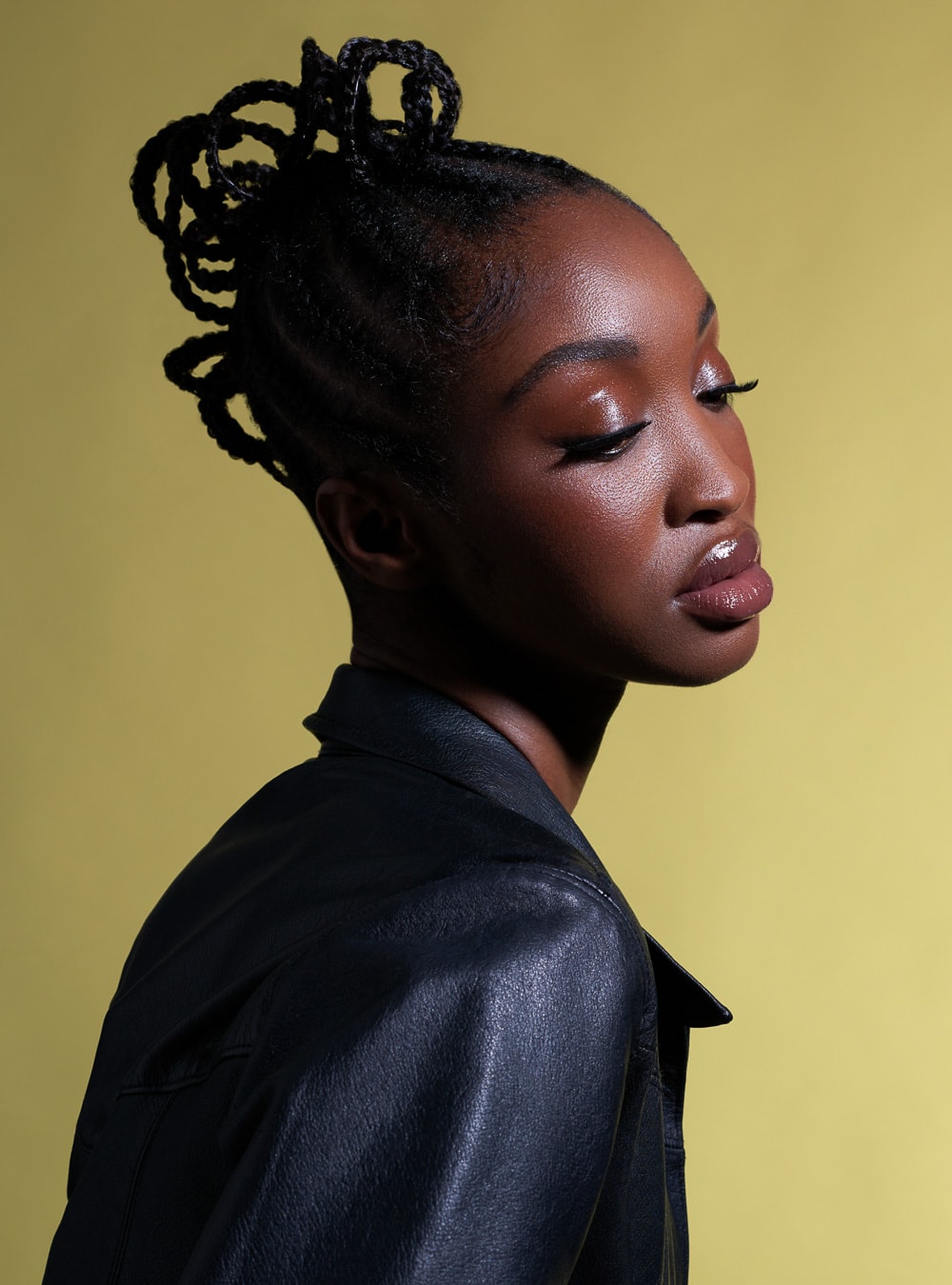 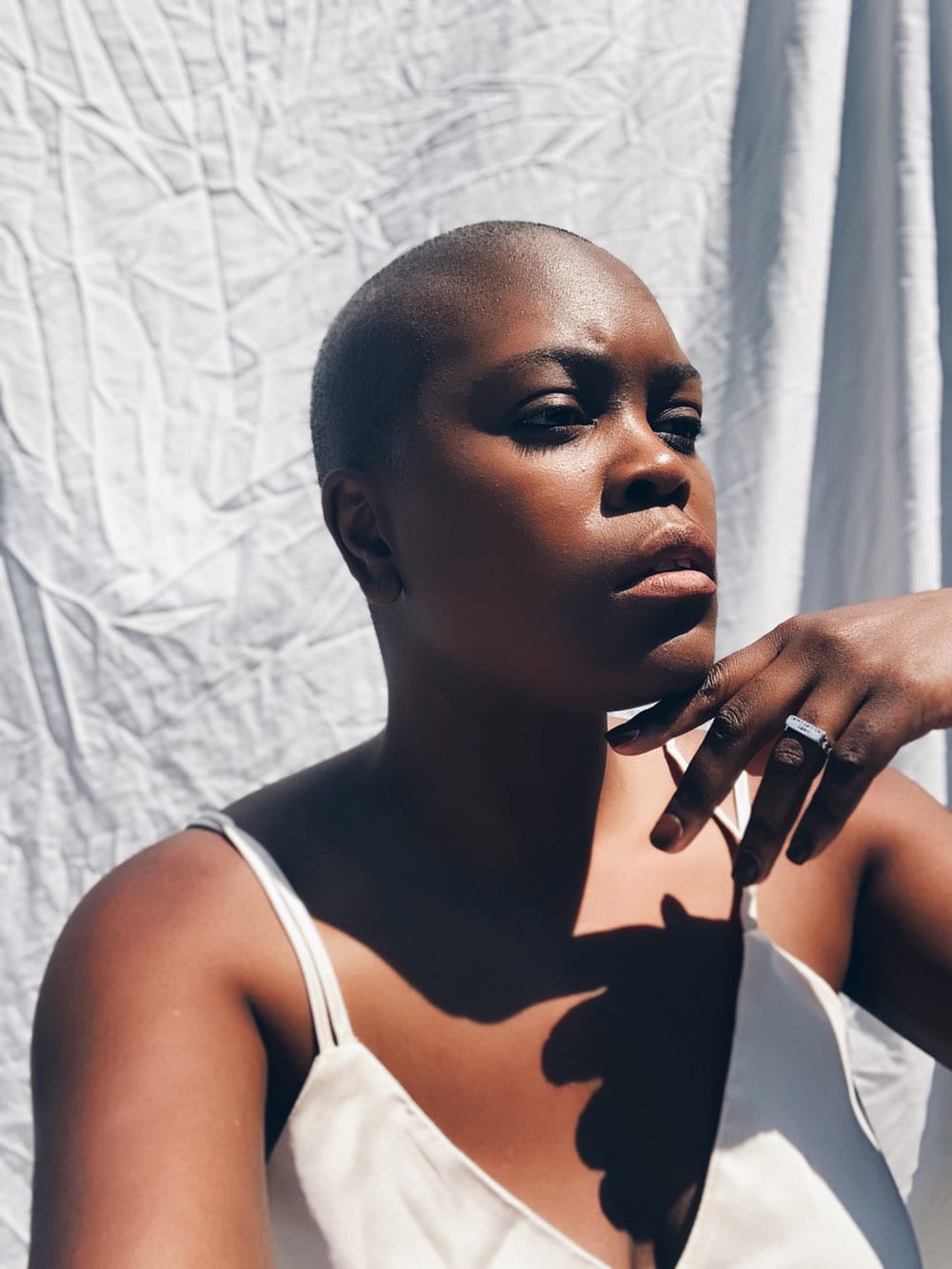 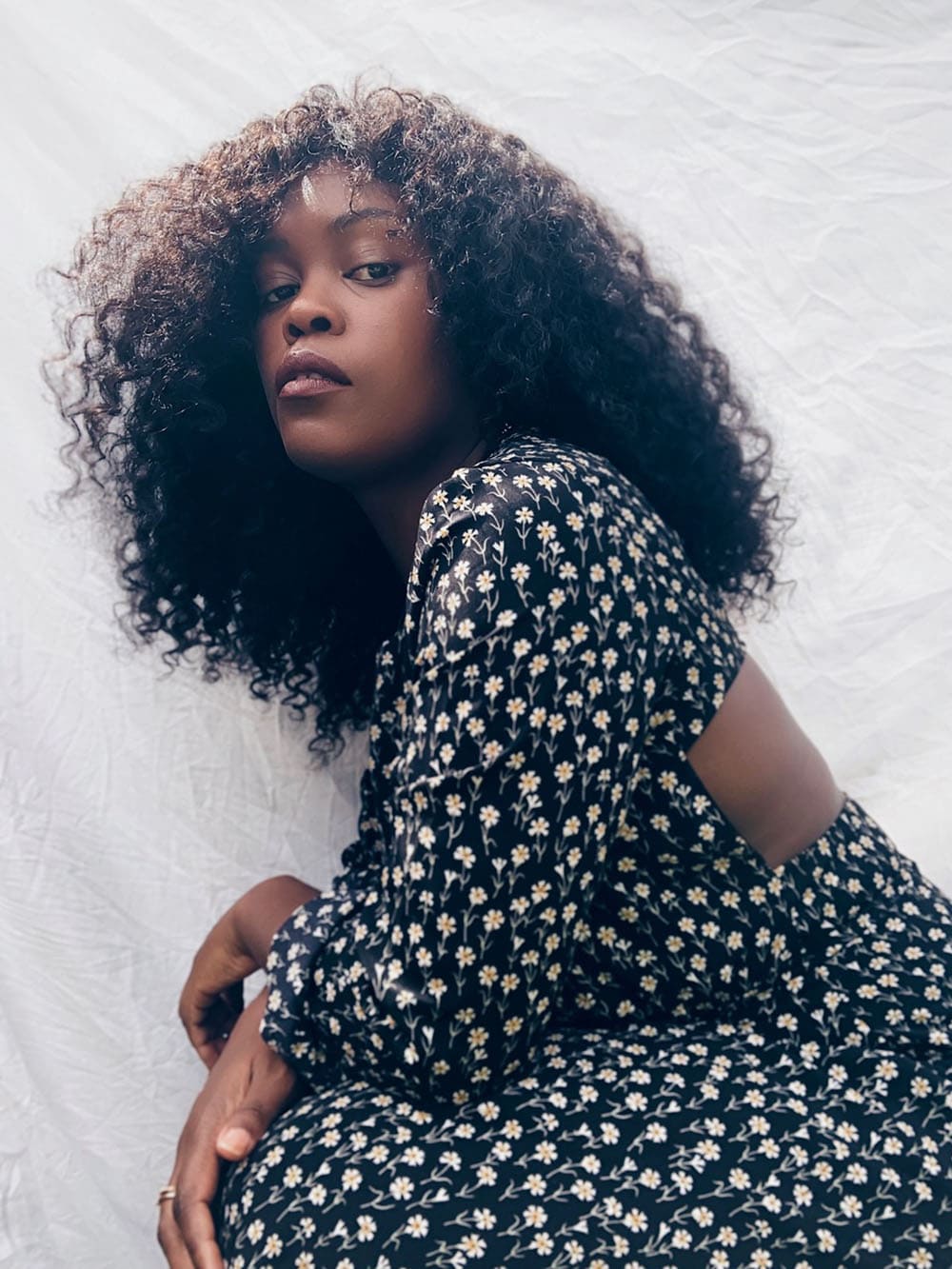 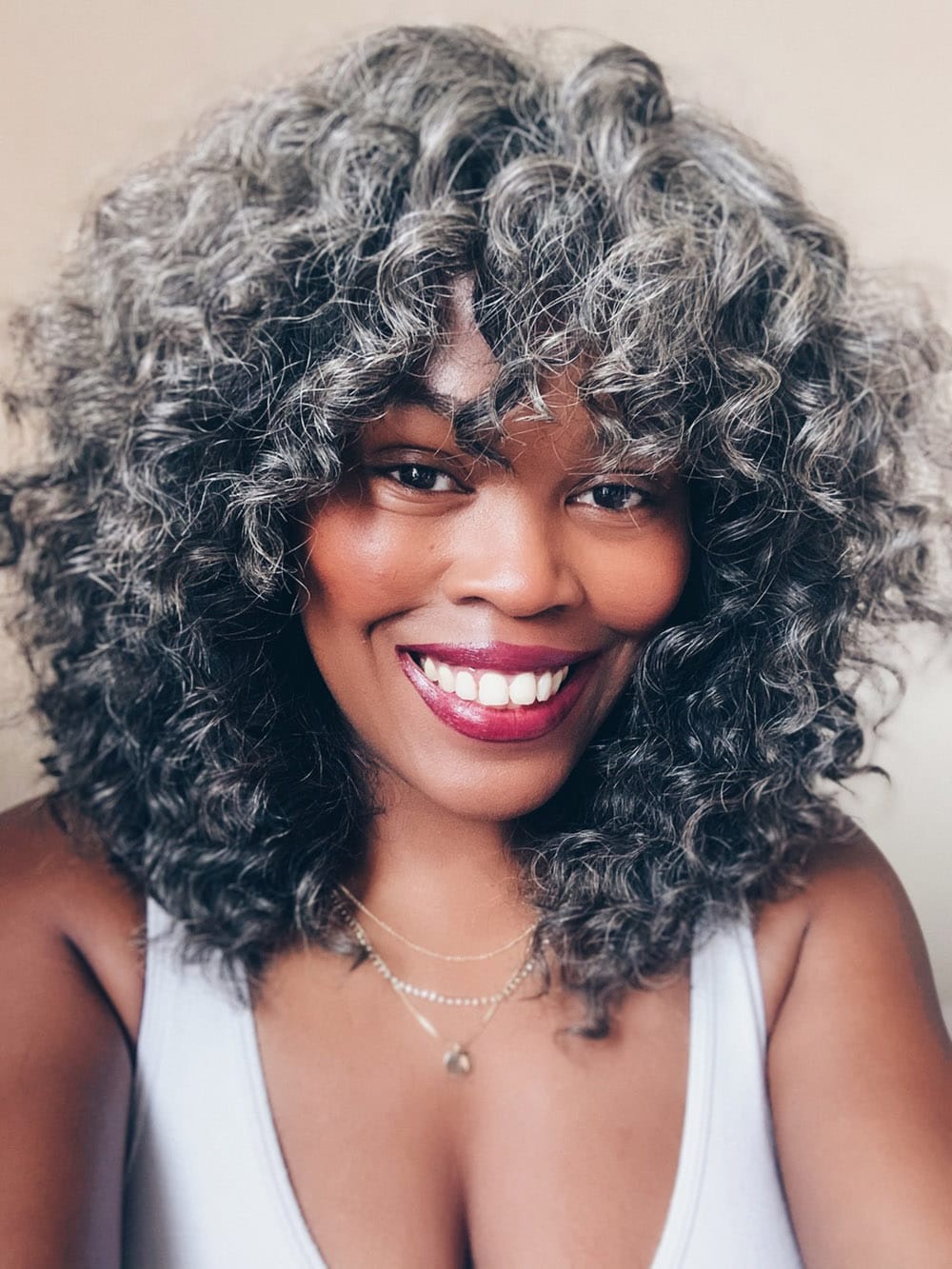 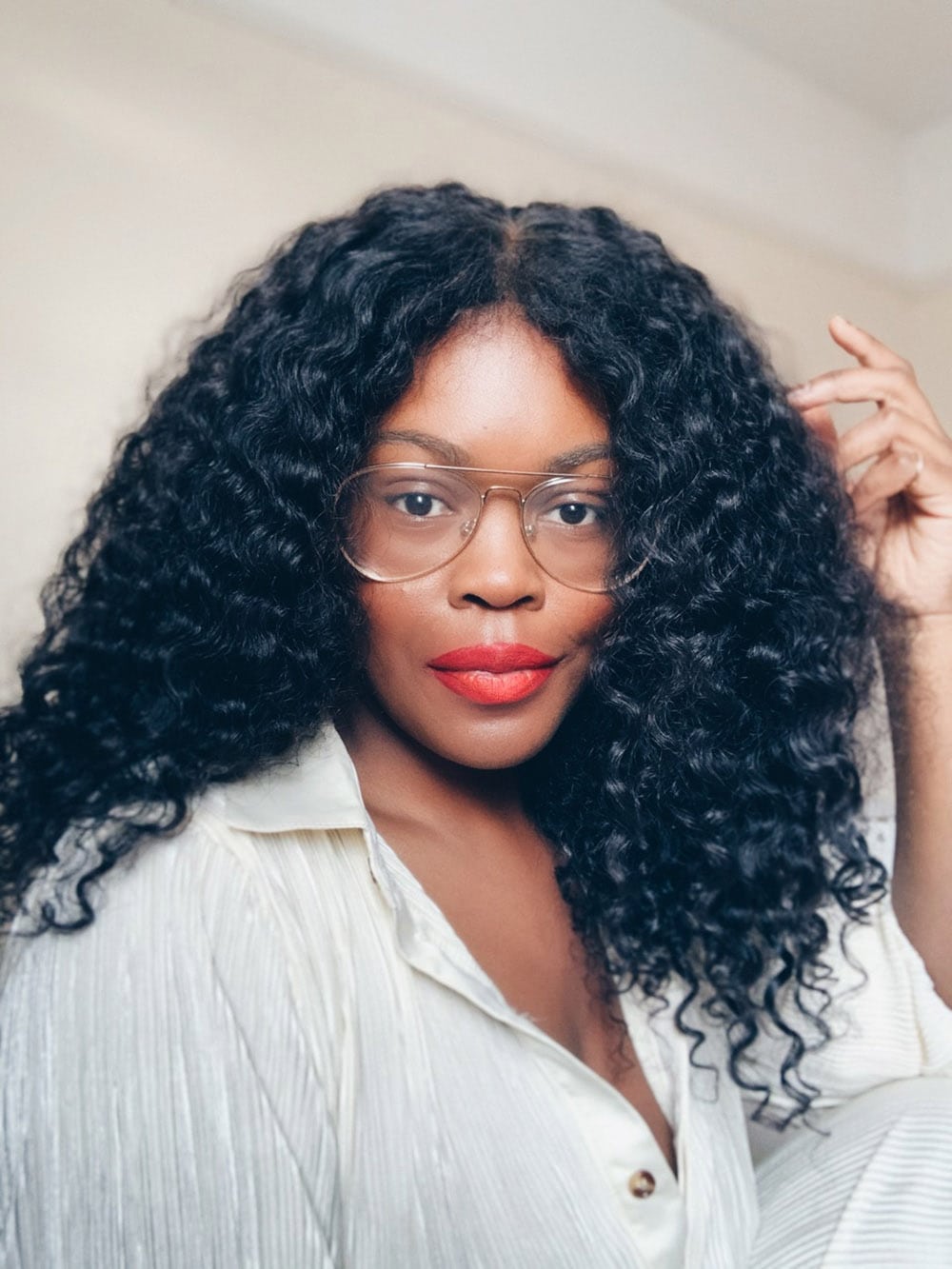 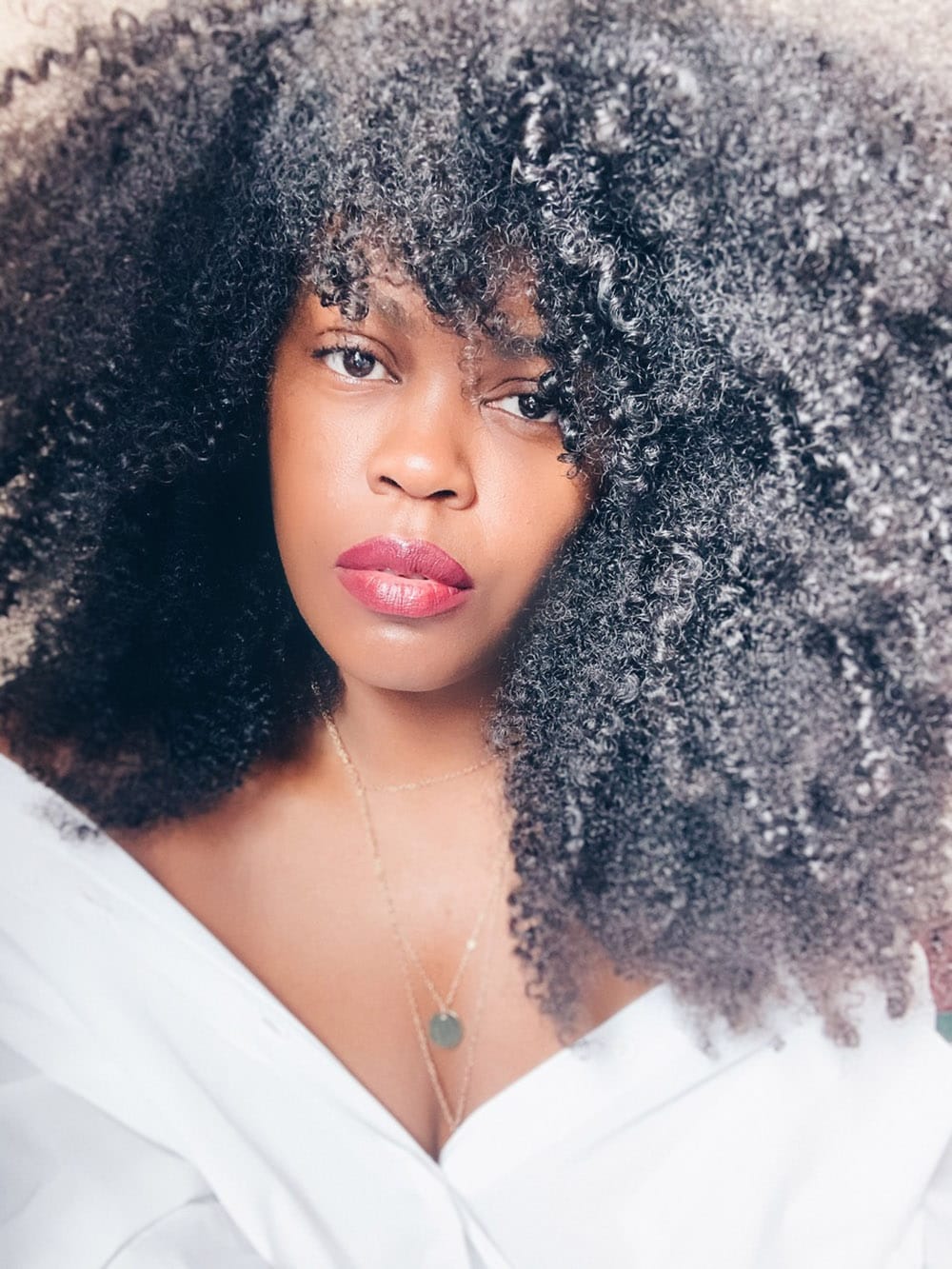