PLACES: Not Another Salon is a technicolour haven based in London’s Brick Lane

Not Another Salon promises to be a salon ‘for those bored of hair salons’. The East London salon, which boasts a playful technicolour interior, was founded by award-winning hairdresser Sophia Hilton in 2015. While the salon is well known for bold, creative colour (a quick glance at their Instagram delivers a hit of eye-popping combinations) Hilton explains that the salon’s approach is first and foremost about providing elegant and healthy hair across a broad spectrum – whether you’re looking for rainbow locks or natural hues. “My training was at a salon that was really into polish and high shine” she explains. “They always said that it doesn’t matter how creative something is, as long as it’s elegant. Even though throughout my career I’ve pushed myself creatively I always come back to keeping things simple. So, although we do all the colours here, they are very simple – I want to professionalise these looks.”

Hilton admits that she was initially hesitant to open a salon, thinking that it would mean “you wouldn’t be able to be creative and just be stuck with all the paperwork”. The salon’s name was born when, speaking with her husband about the idea, Hilton decided that if she was to open a salon it couldn’t just be ‘another salon’. “The name really was the start of all the ideas” she says. Hilton is passionate about education and the ‘Not Another’ concept now includes Not Another Academy, based around teaching the techniques used at the salon. Masterclasses include ‘Freehand Balayage’ and ‘The Perfect Bleed’.  She and her husband have also founded Not Another Charity, a hairdressing school in Madagascar. It was something Hilton intended to do since she first volunteered in Ghana aged 21. “It changed my life. I was adamant that I wanted to do it again using the skills I had acquired as a hairdresser” she explains, “so I took a load of scissors with me, found contacts and in the end, we managed to get a course running”. This charitable ethos also extends to the London salon, with 10% of all profits being donated to charity. We sat down with Hilton to discuss what’s in store for the future.

What is it like having a salon in London? Why did you choose to open it on Brick Lane specifically? I definitely wanted it to be Brick Lane. I moved here when I was 21 and just thought it was amazing. I’d never seen such an eclectic mix of people, I loved that people were just able to express themselves. Parts of Shoreditch have now become so fancy and judgemental, whereas I feel like Brick Lane is still really raw.

Do you think the location has been integral to the popularity of your salon? Yes and no. We get a lot of tourism and we have people come from literally every country and book special appointments. Clients love the fact that we’re on a famous fashion street but to be honest it’s Instagram that has been responsible for our popularity. We don’t really get people off the street; we get people from Instagram.

How would you describe your clientele? I would say the biggest age group is 25 to 35. They tend to be creative people who don’t necessarily want crazy hair. We only do about 30% vibrant hair; the rest is ‘normal’, whatever the hell that is. Our clients are people who want to be in an environment where they can be expressive and not be judged. I think sometimes people pre-judge us a little bit, thinking that we only do ‘crazy hair’ but we don’t, it’s just that our spectrum is a bit broader than most.

What are the most popular styles at the moment? Healthy hair is the biggest trend. Bond builders can now be put into colour and stop damage to the hair, which means that I can colour hair extensively without causing damage. This creates a whole new world where people are now able to achieve what they want and change style more often without the damage level that we were used to.

What does your own hair mean to you? I’ve always dyed my hair block colours – red, black, white and yellow. I like that strength. I’m not going to change this yellow for a very long time, if at all. I love it. It’s part of my character now. The moment I washed it off, I looked in the mirror and was like, “that’s the one!” I’ve never had that feeling with a colour before.

What do you think the future will bring for your salon? We’ve had a lot of opportunities for teaching abroad – we’re in five different countries this year and founded Not Another Academy, which is the biggest expansion. But, from a salon perspective, I love it being small and I love the fact that I know all my staff personally. I don’t just want to waltz in and take some money, you know? I really want to be at ground level – I enjoy it. And while it is great to be earning money now, that’s not my ambition. My ambition is to make an impression on the industry. 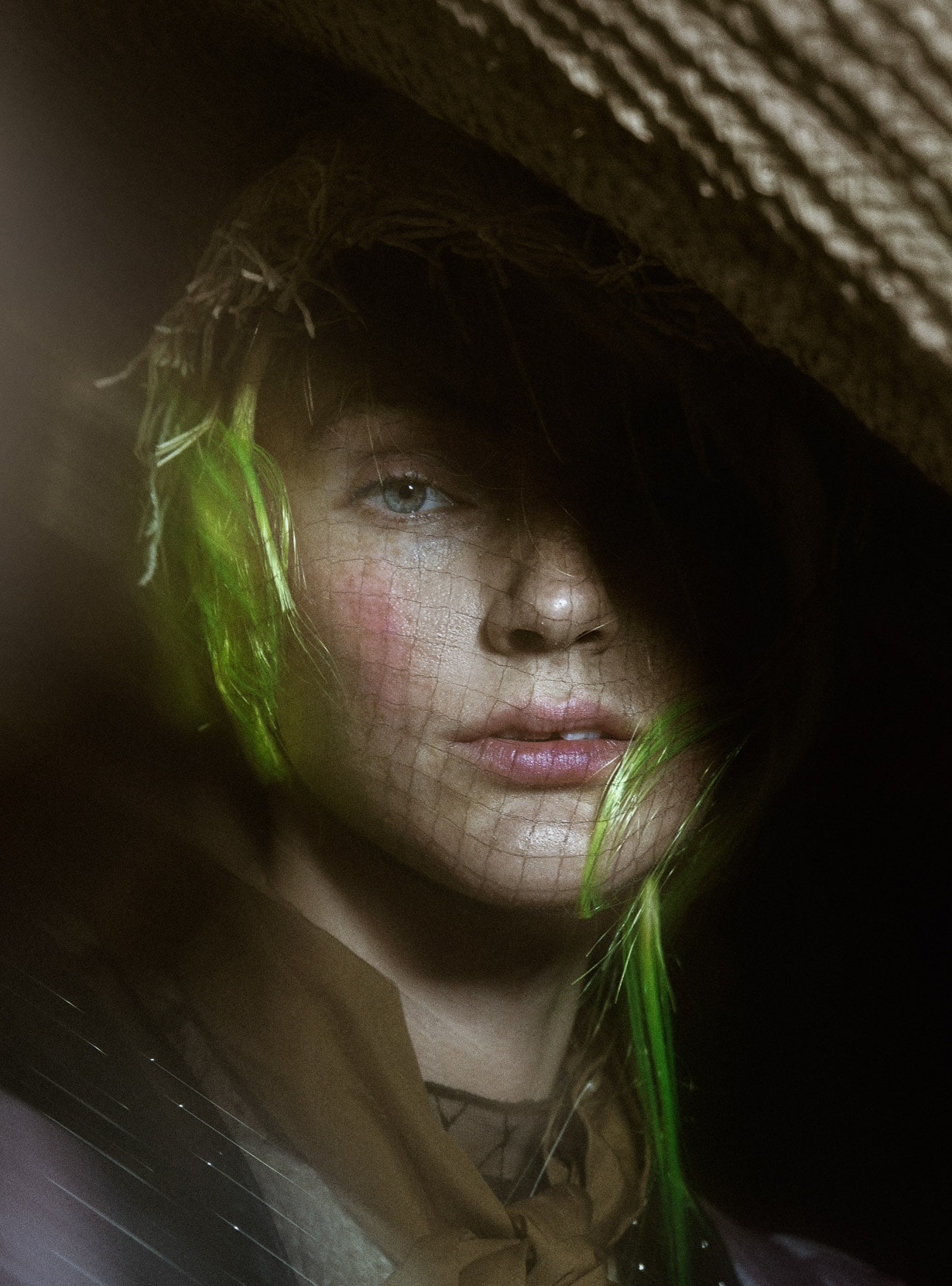 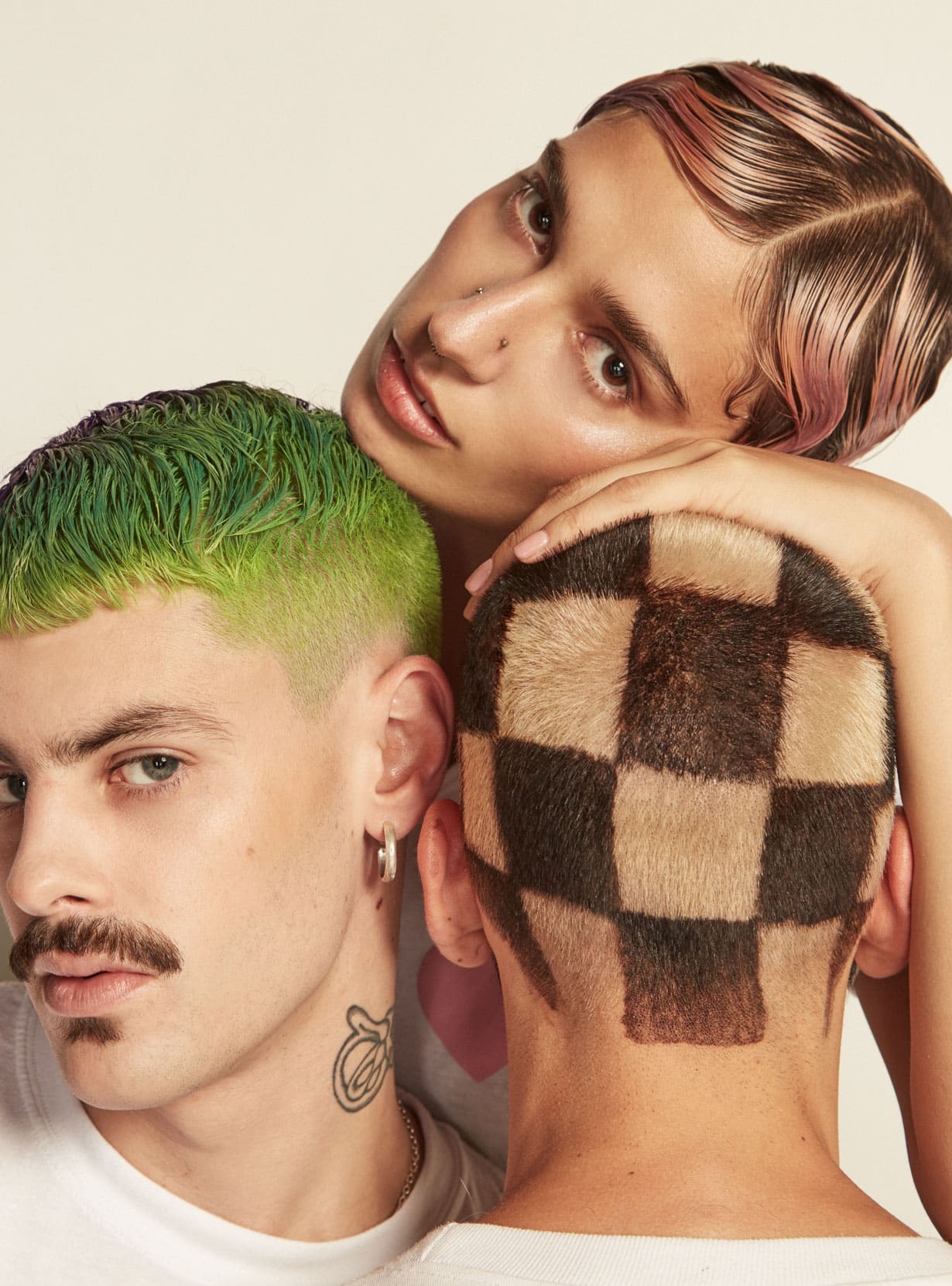 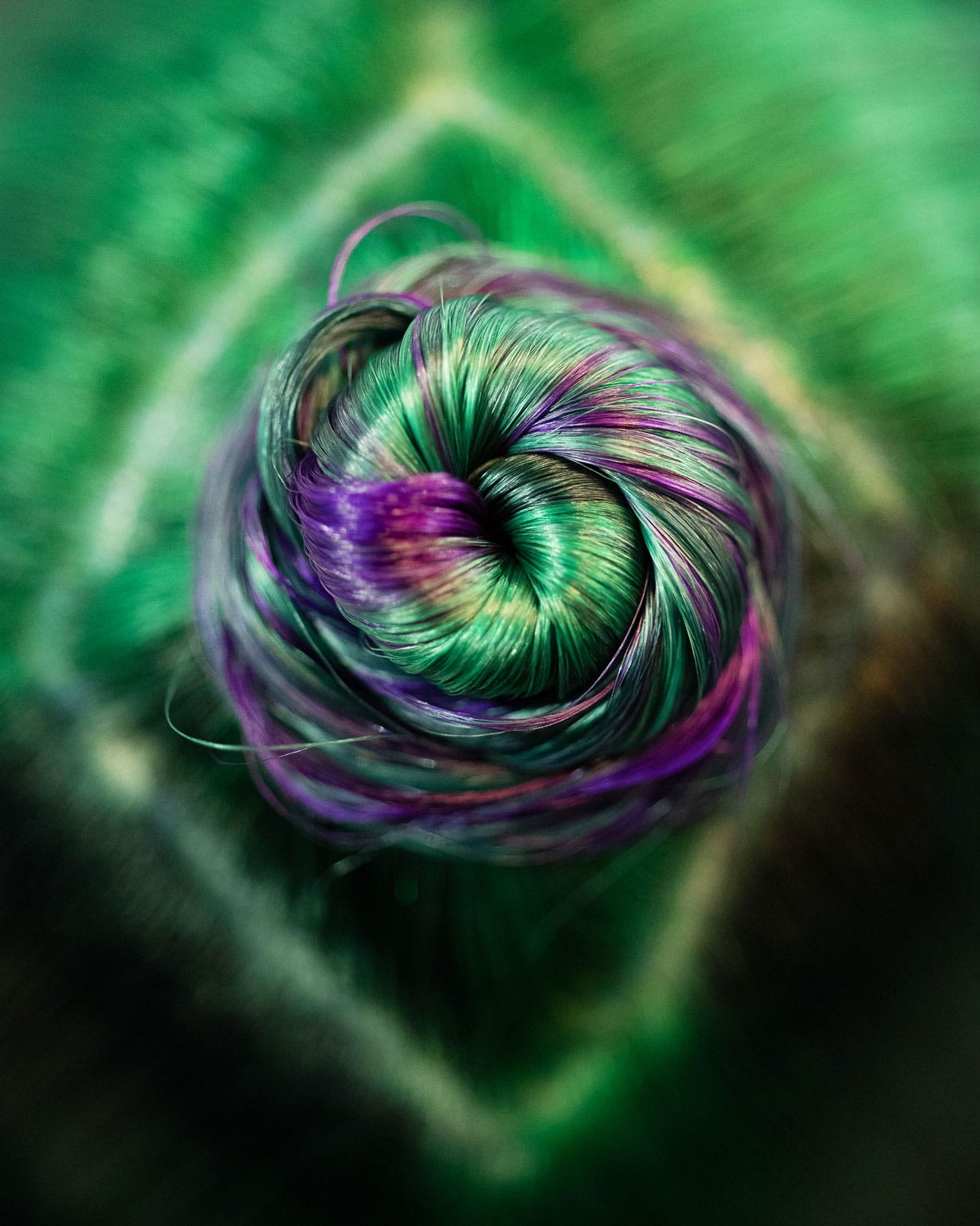 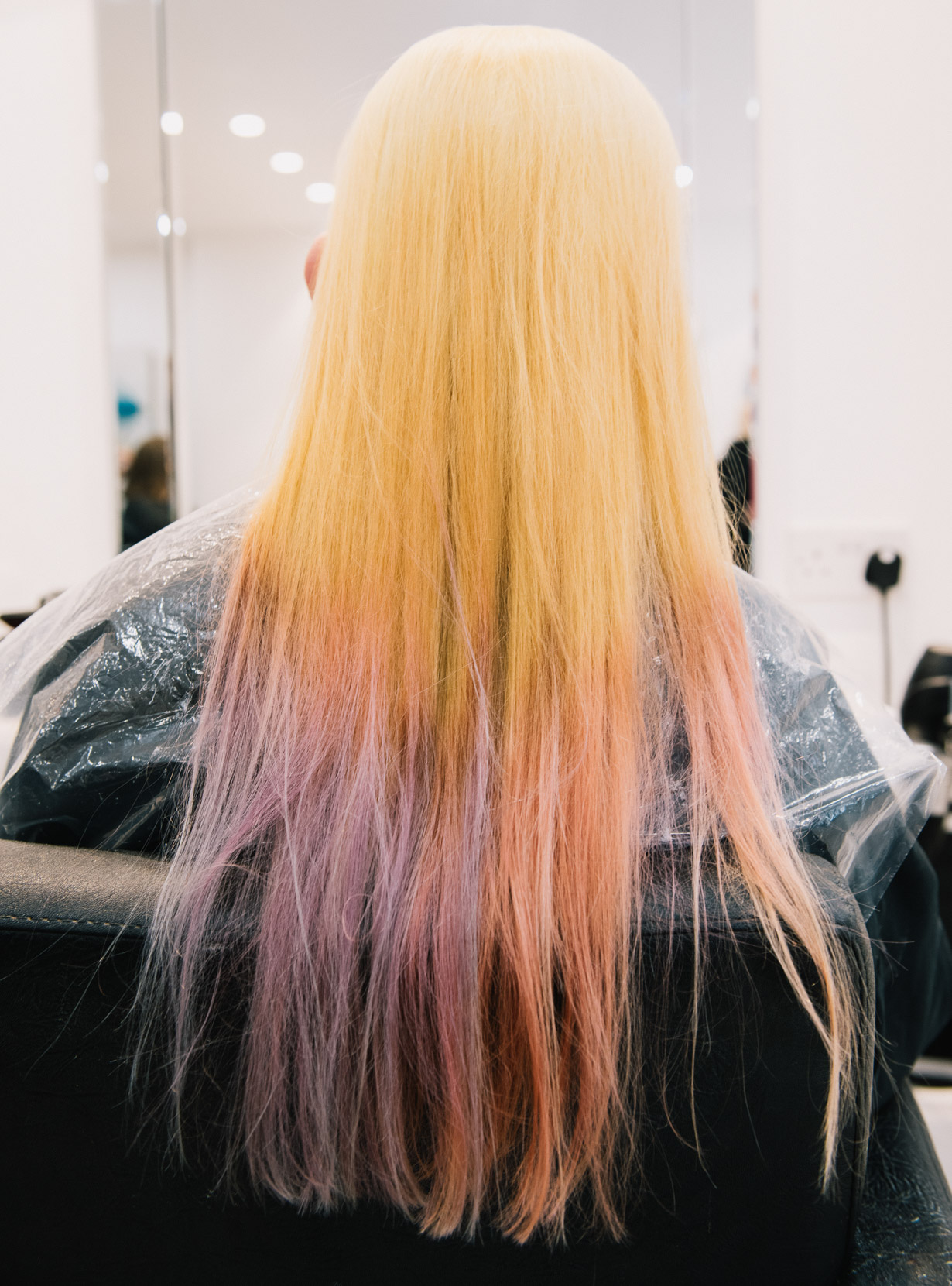 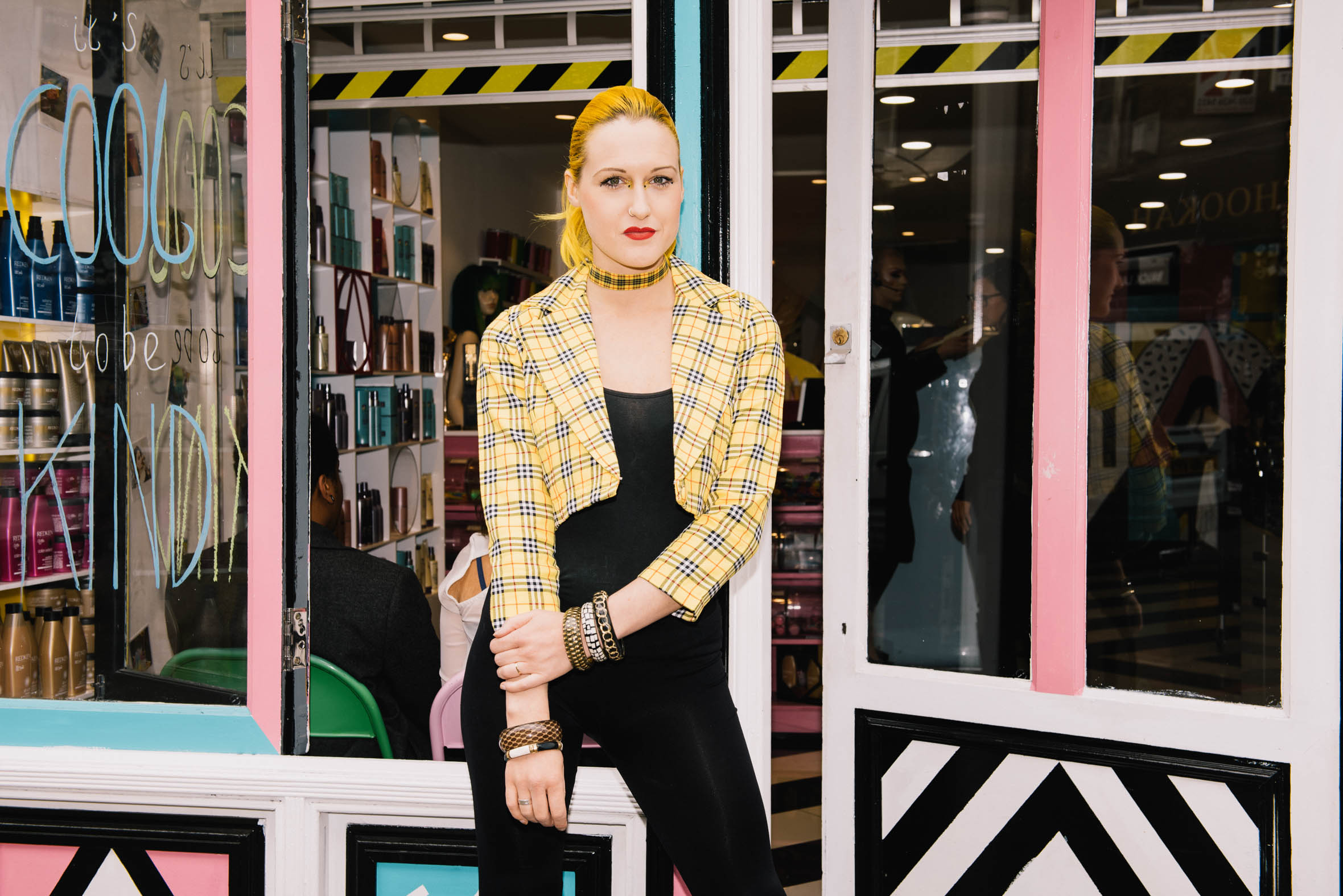 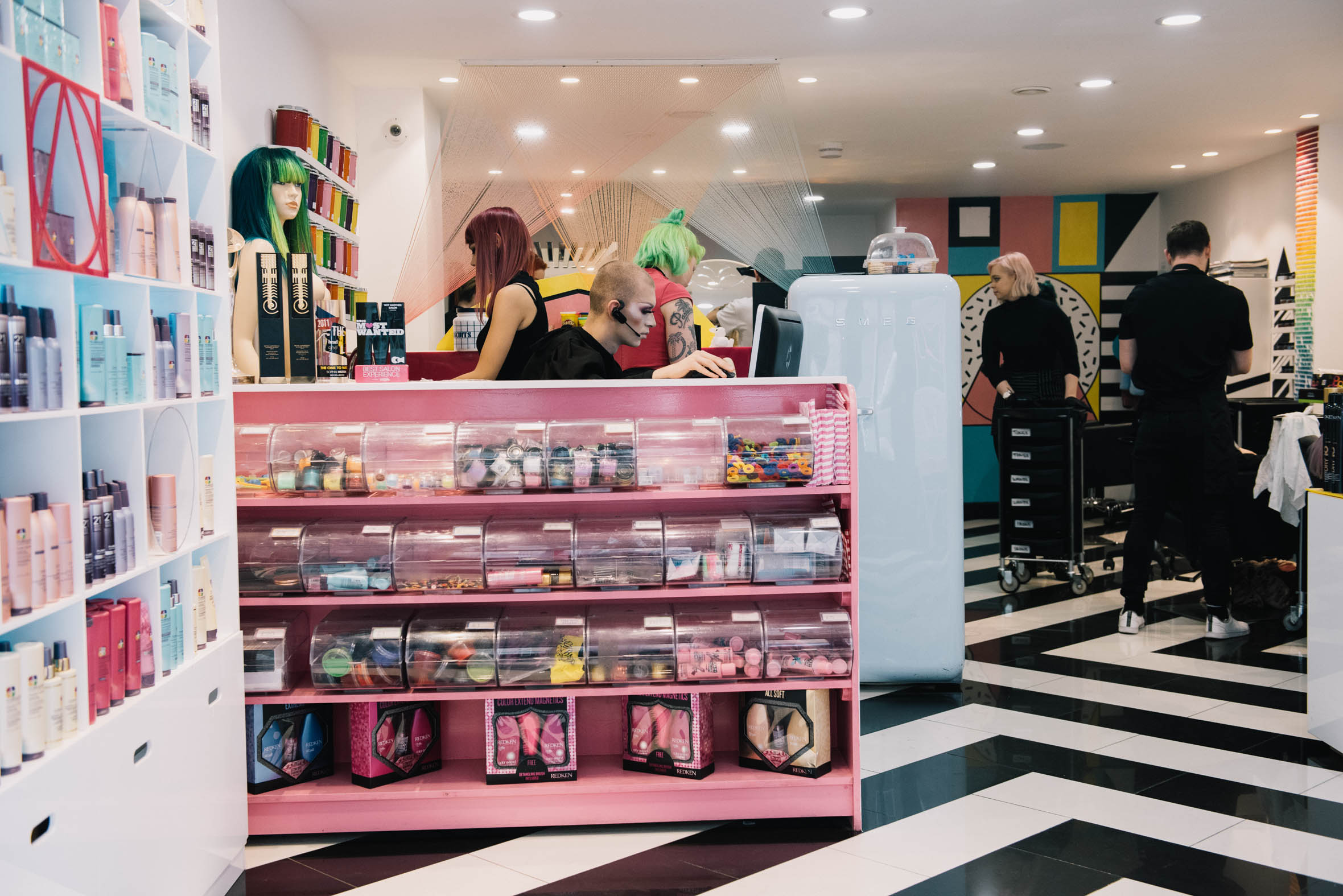 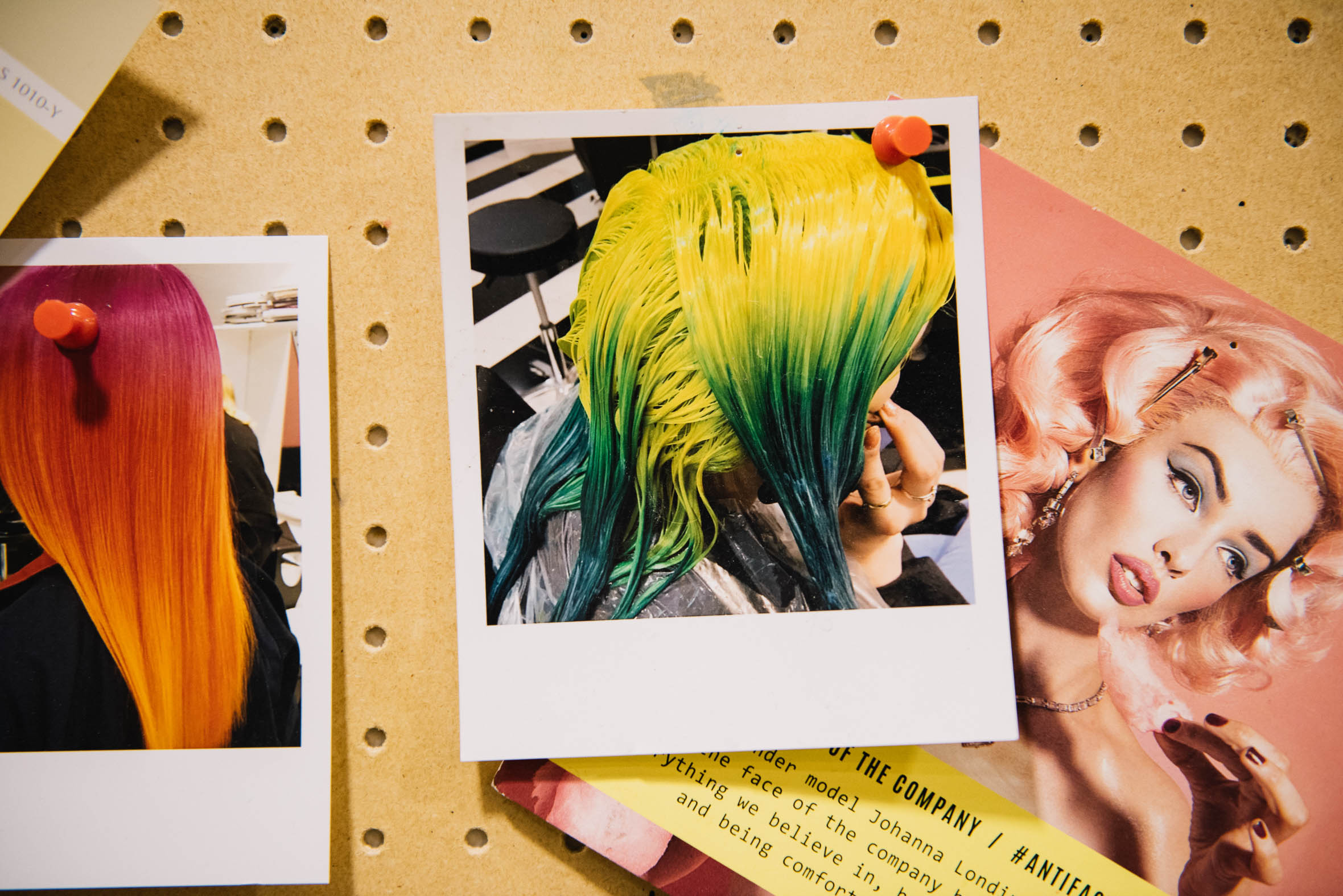 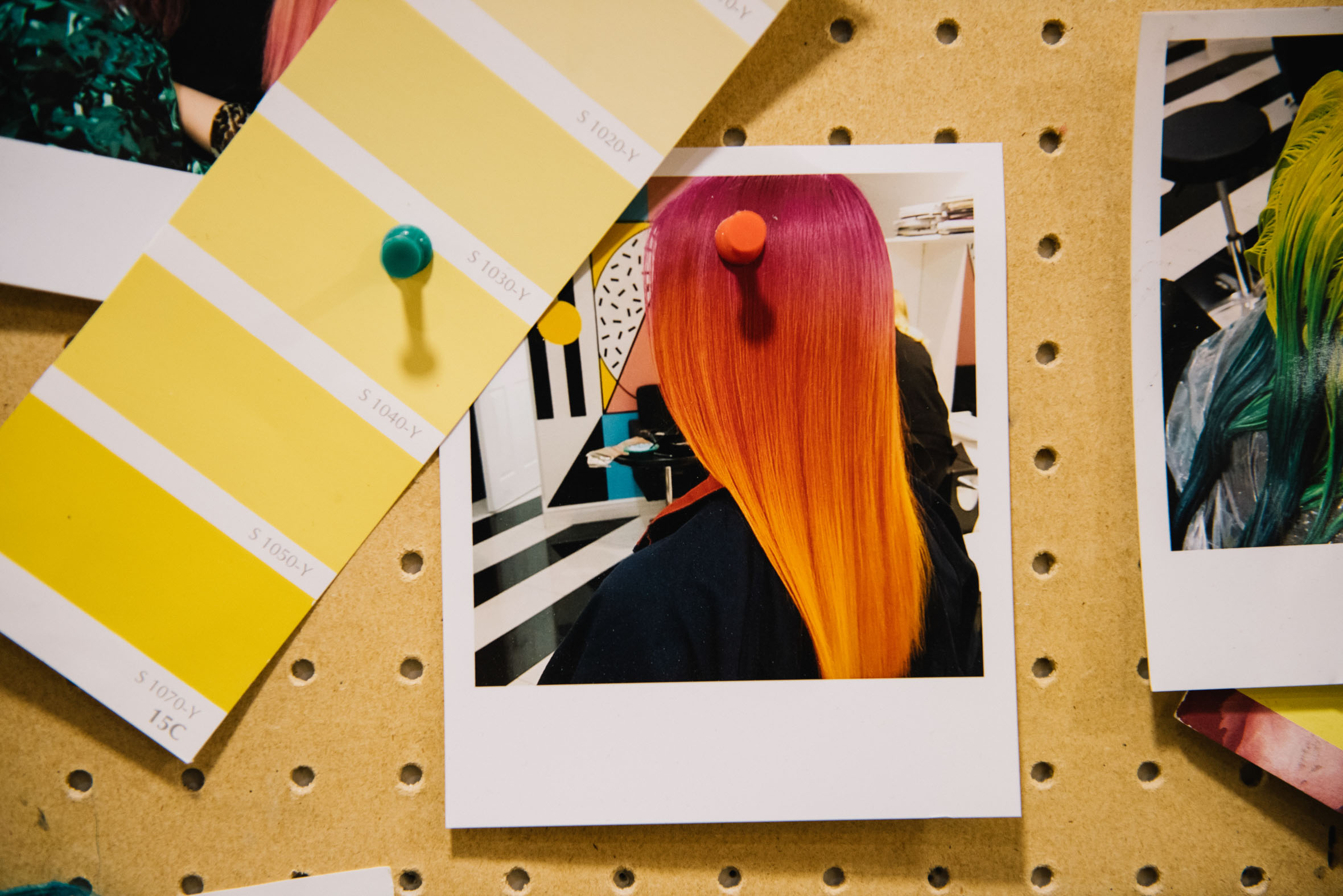 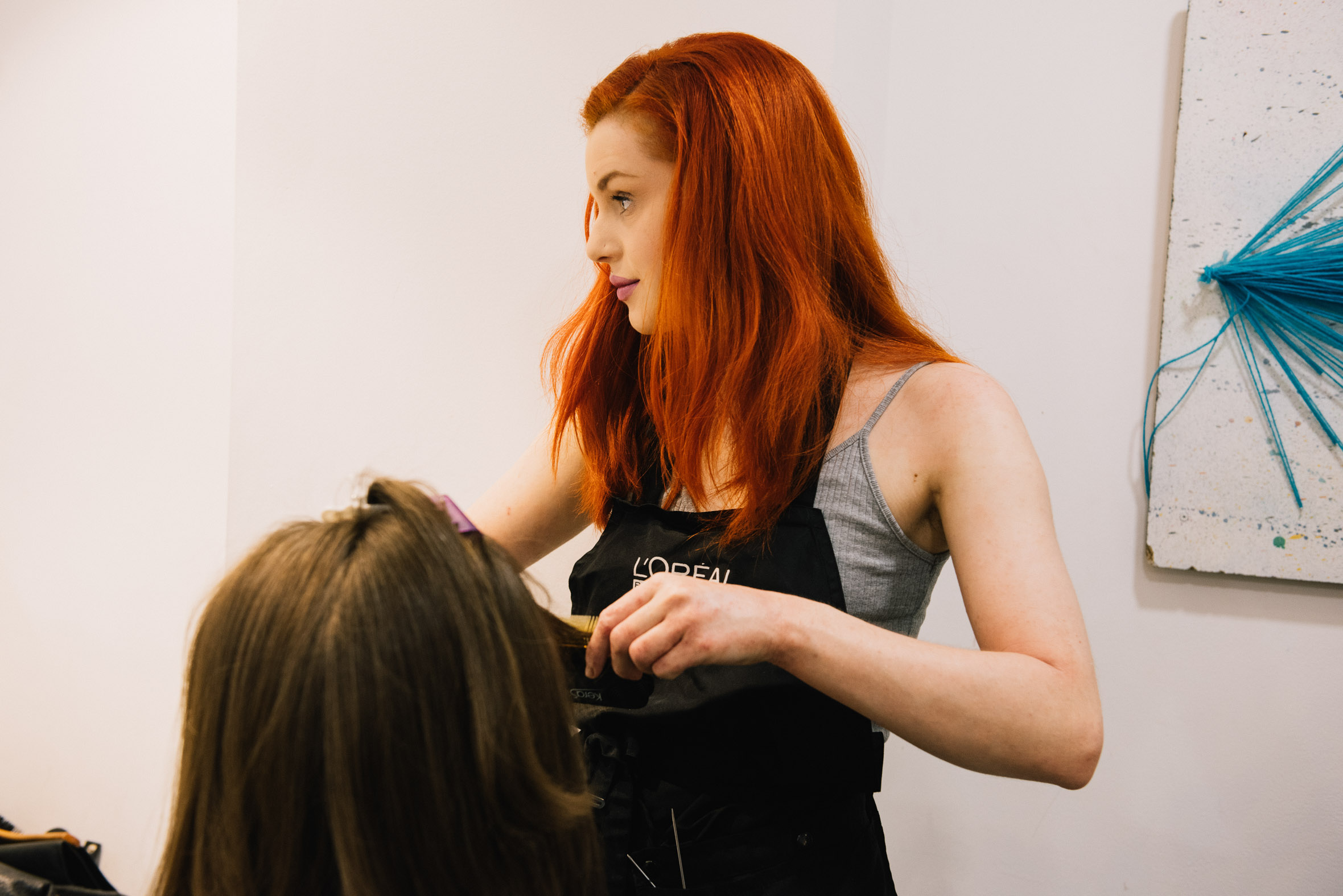 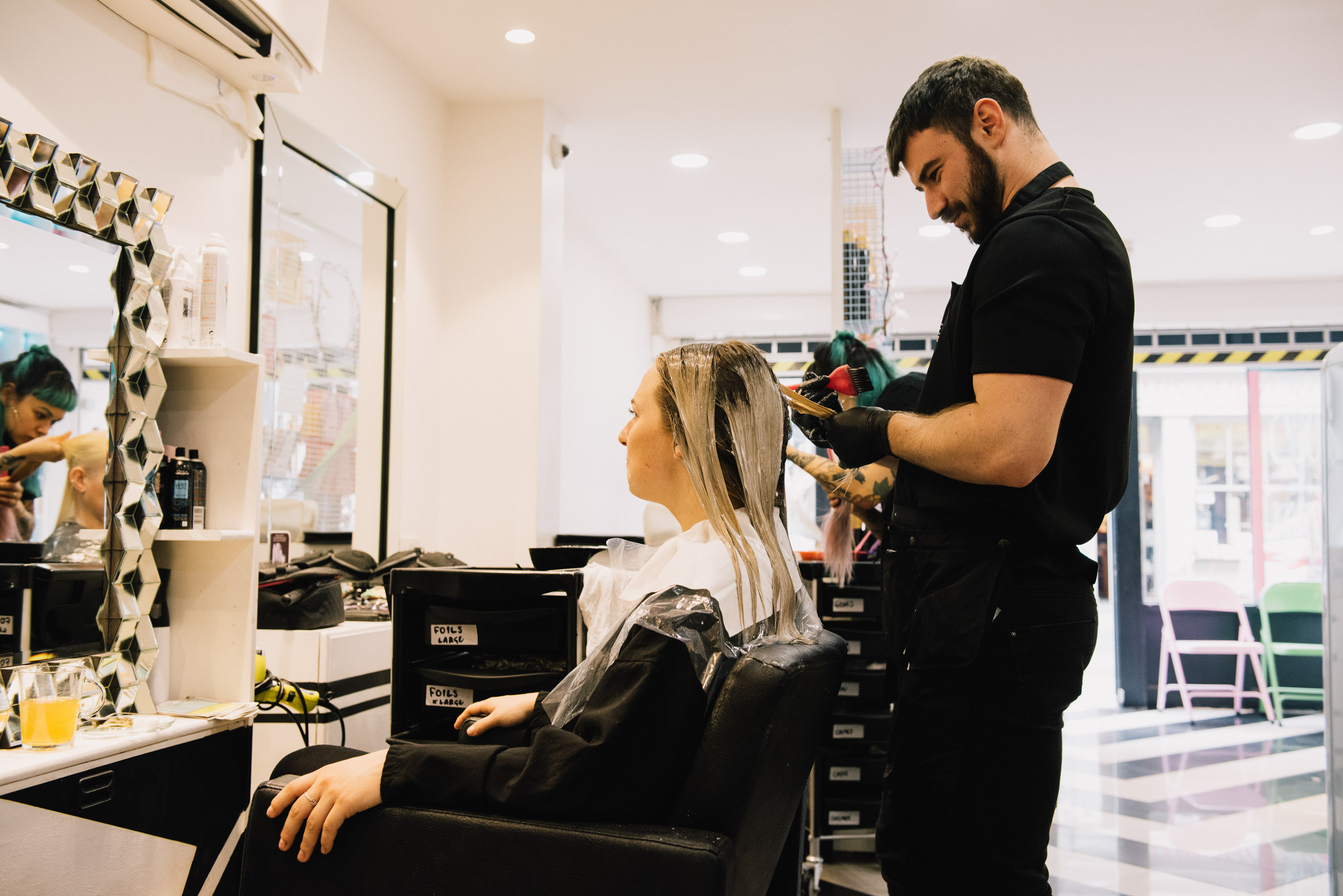 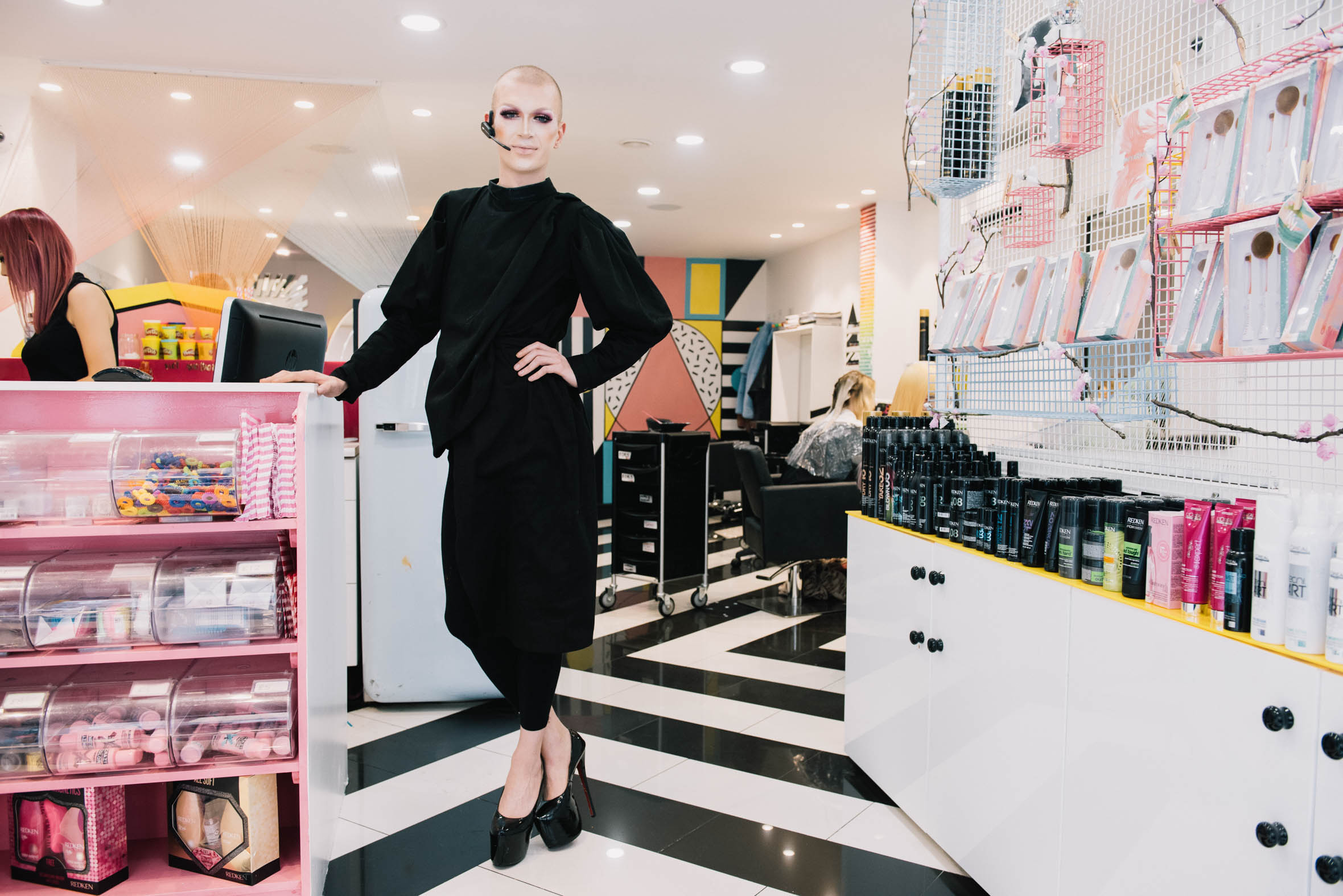 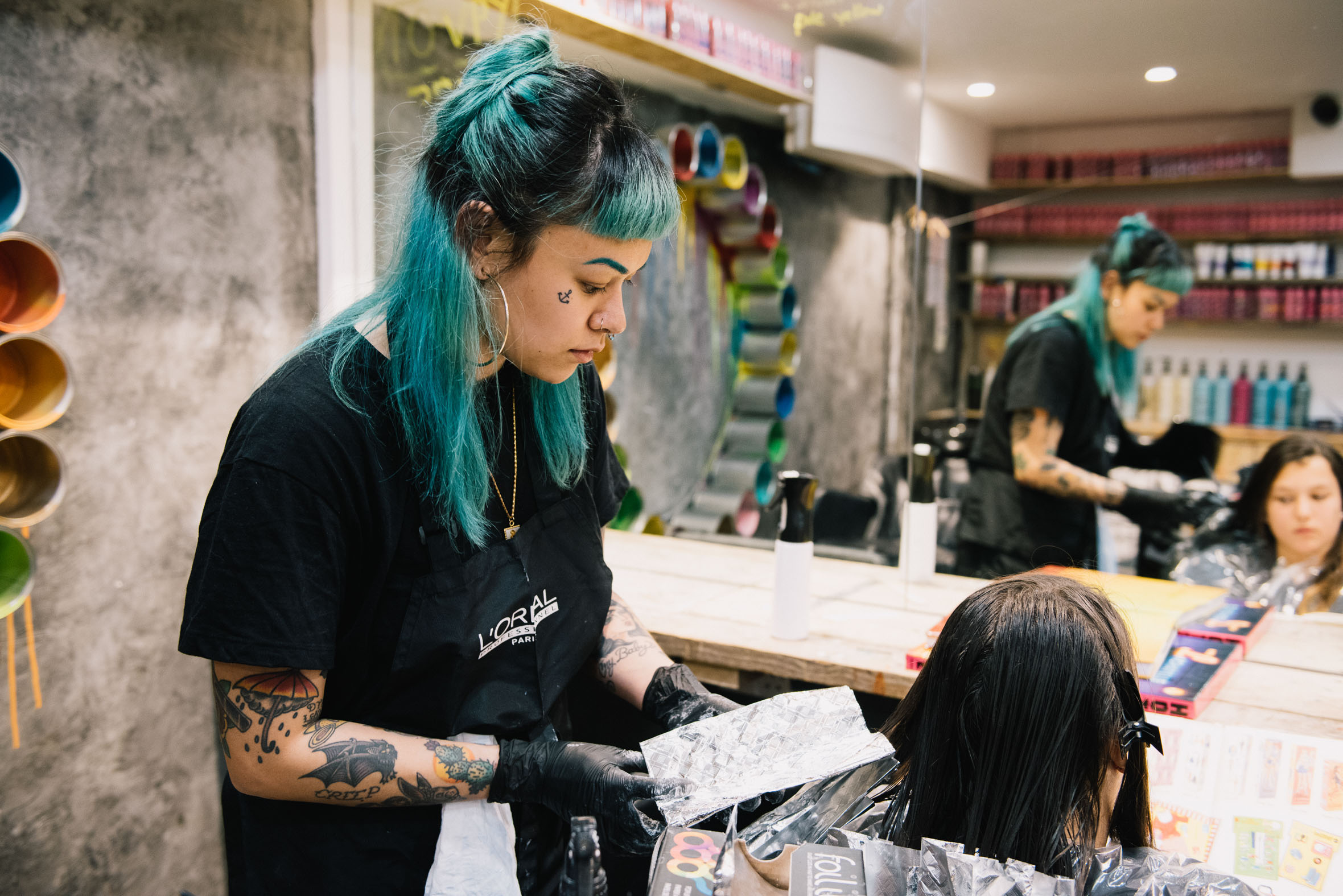 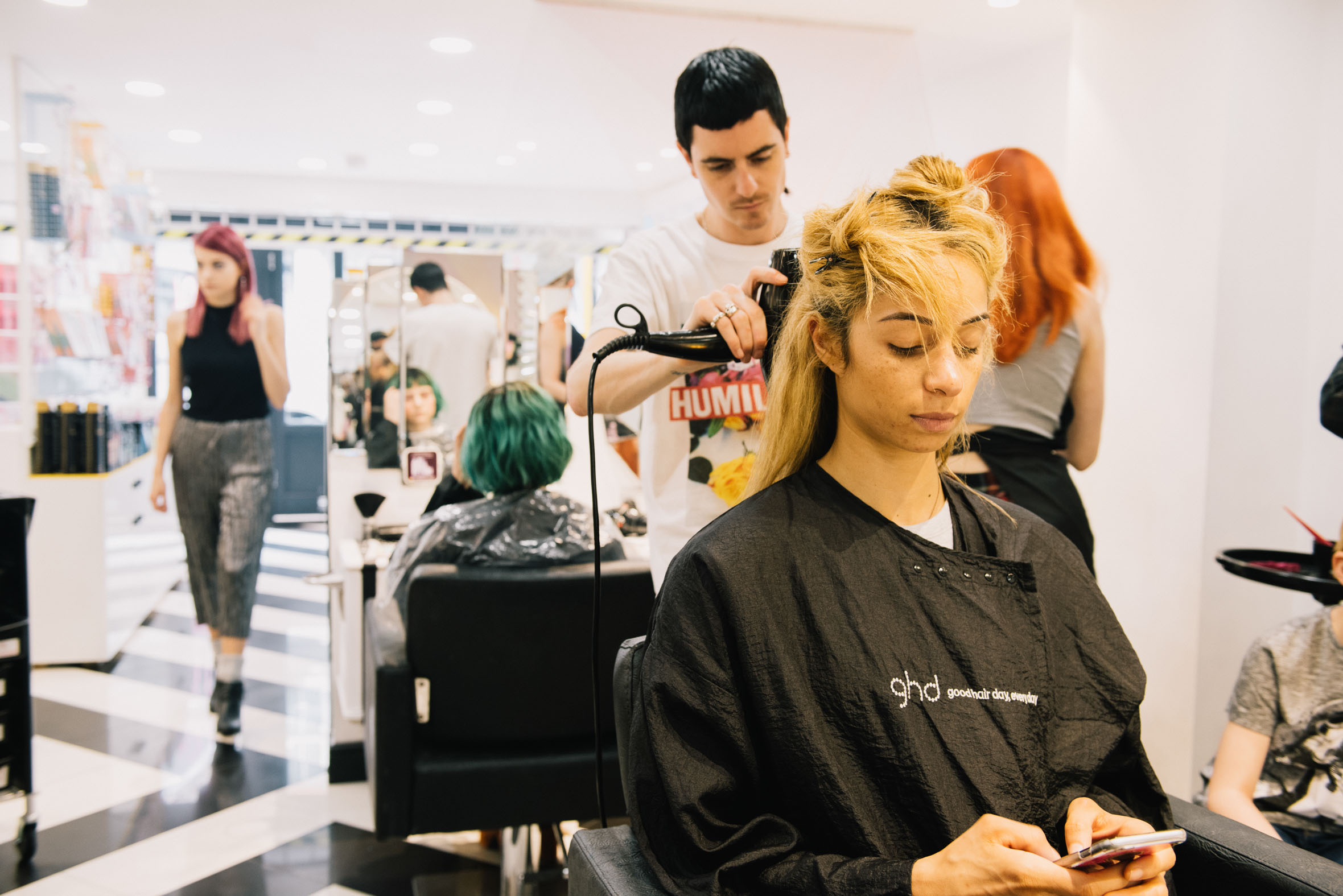 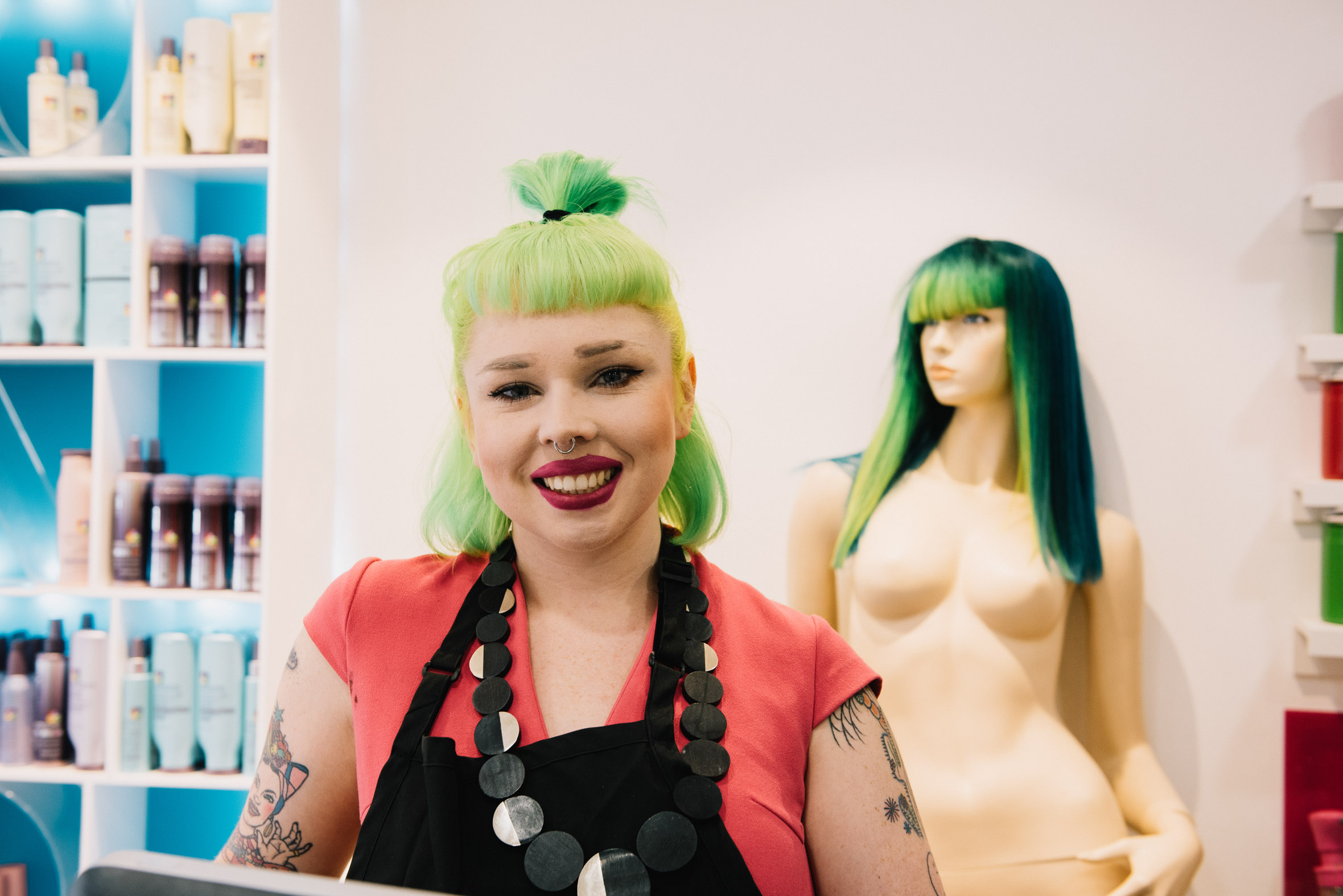 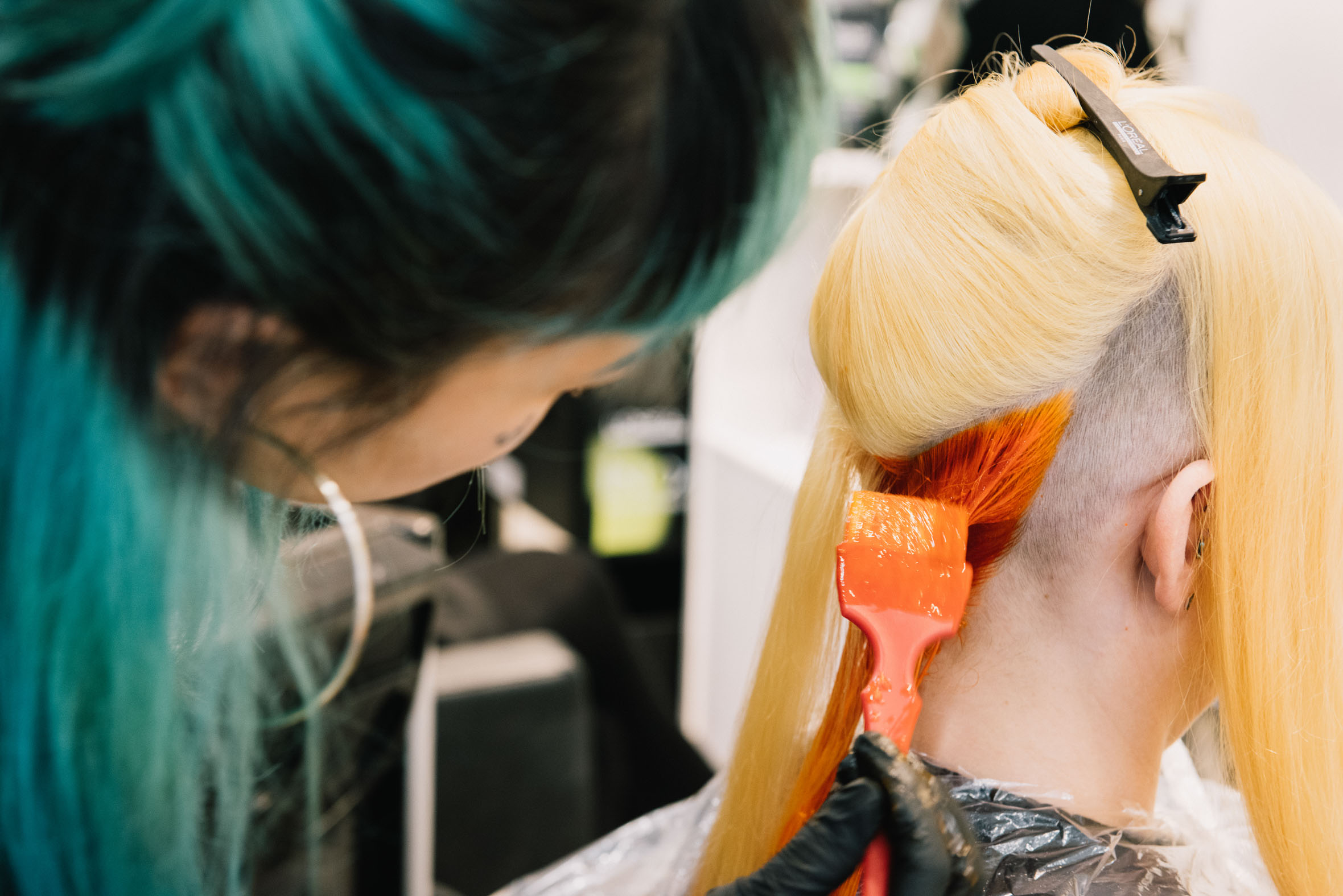